The present post deals with Mead Schaeffer (1898-1980) when he was following the style that gained him success as an illustrator. Additional information on Schaeffer is here. A previous post in this series that deals with Schaffer is here.

Featured here is an illustration for the 1928 Dodd, Mead & Co. edition of "The Count of Monte Cristo." 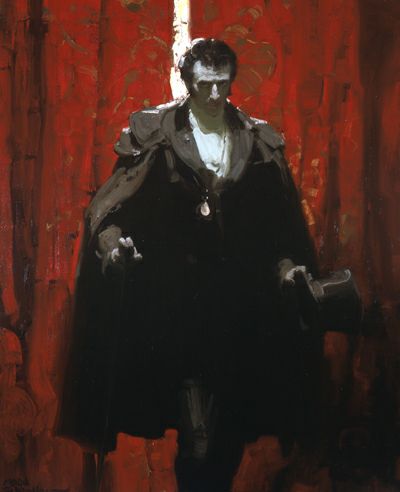 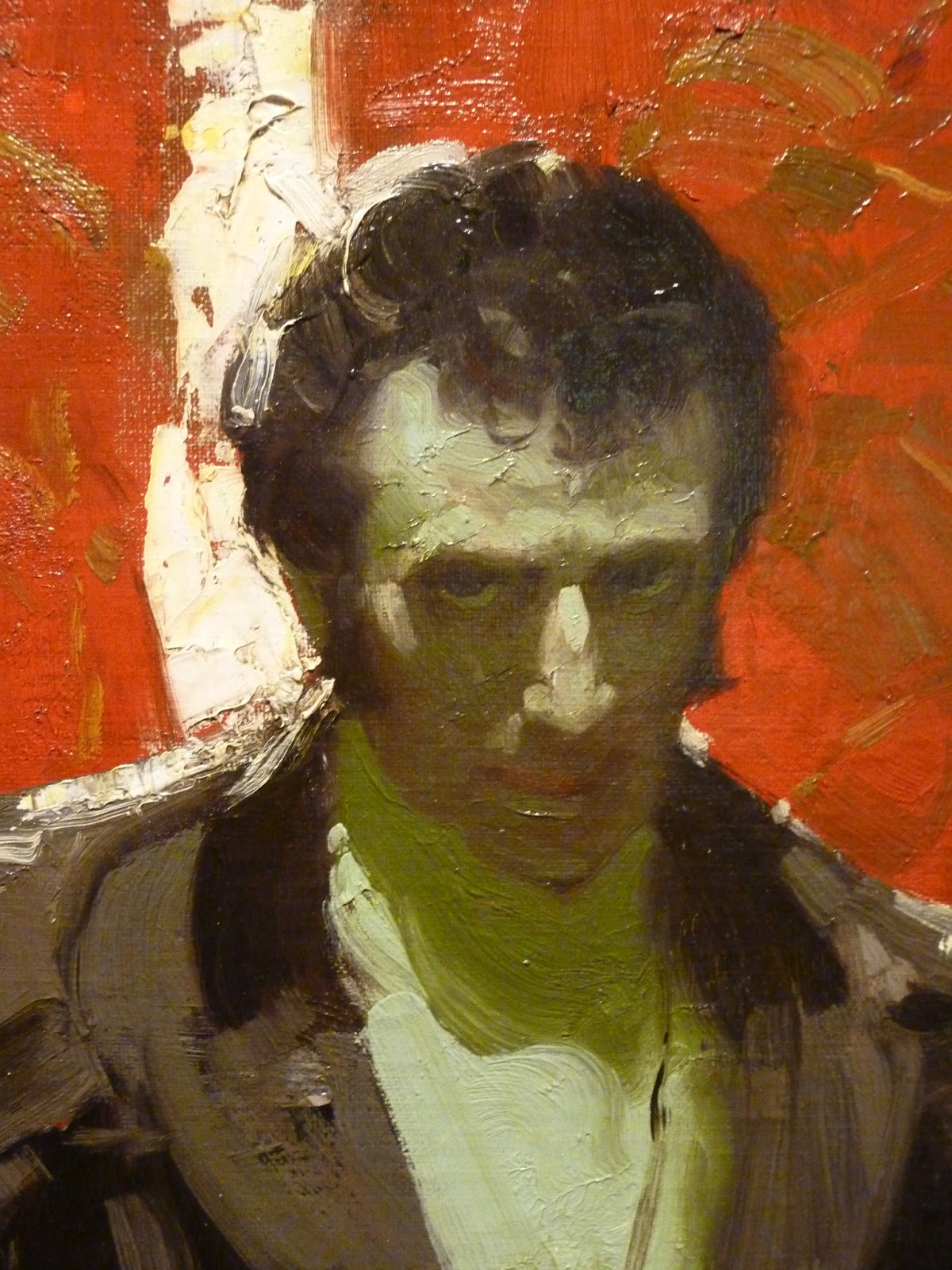 Most artists using bold brushwork and plenty of impasto would paint subjects' faces noticeably more carefully. An example is a Dean Cornwell story illustration featured in another post in this series. But here Schaeffer backed off only a little from his 1920s vigor when he dealt with the count's face. Note the green on the face, shirt and shadow on the shirt, this in contrast to the red background.
Posted by Donald Pittenger at 1:00 AM