Leo Putz (1869-1940), an Austrian painter who spent most of his career in Germany, did some very interesting work during the ten years or so between 1903 and 1912. Unfortunately for his reputation here in America, his last name is a slang term of disparagement, though in German it can refer to fashion, ornamentation and such. (The German word schmuck, with a somewhat similar meaning, suffers the same fate for perhaps the same reason.)

Biographical information about Putz can be found here and here. He was highly regarded in Munich where his career was centered. His favorite subject was women. He painted his attractive wife, the artist Frieda Blell, a number of times during what I consider his peak years. Putz also made a large number of paintings of nude women, but I consider most of these less interesting, especially those done from around 1912 on. His later paintings were sketchier than his more solid earlier works, and incorporated light touches of fauvist coloring along with fading hints of his earlier flat-area style.

What interests me most is his use of large, flat brush strokes. This is a mannered style that works best, I think, in small doses. Perhaps that is why Putz drifted away from it. Nevertheless, when I think of Leo Putz, his square-brush style comes to mind first. 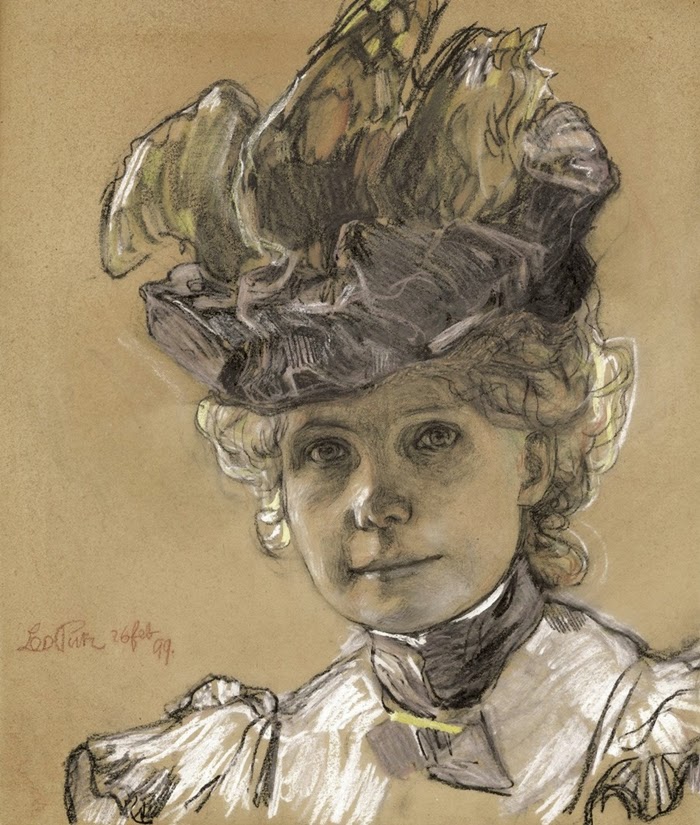 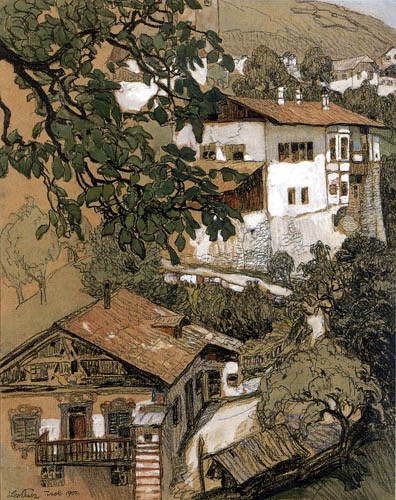 Gasthaus in Schenna - 1900
These first two images show Putz' degree of skill depicting representational subjects before he shifted to a more mannered style. 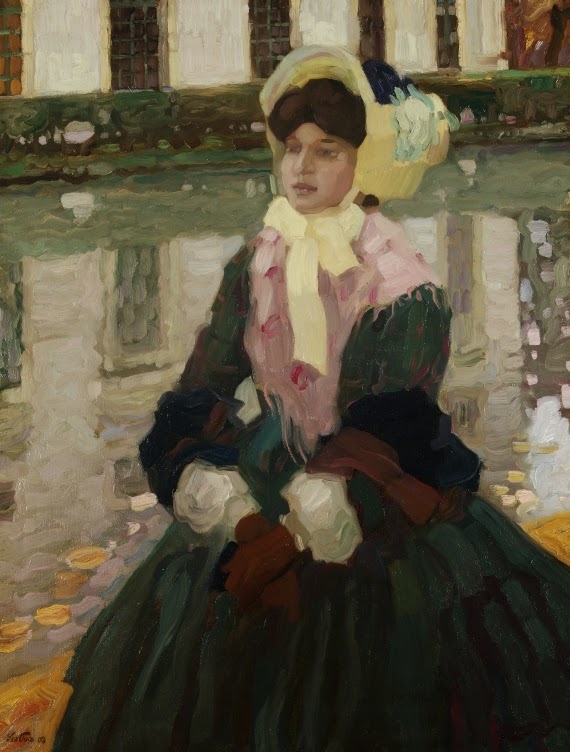 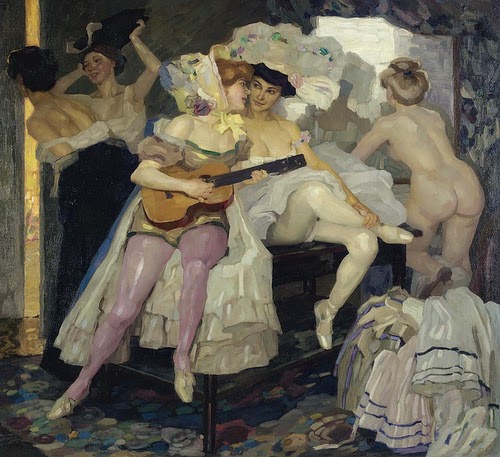 Hinter den Kulissen - 1905
"Behind the Scenes" is the English version of the title.  Nice job on facial expressions.  Note that Putz abandons or minimizes flat-brushing on faces that require a softened approach. 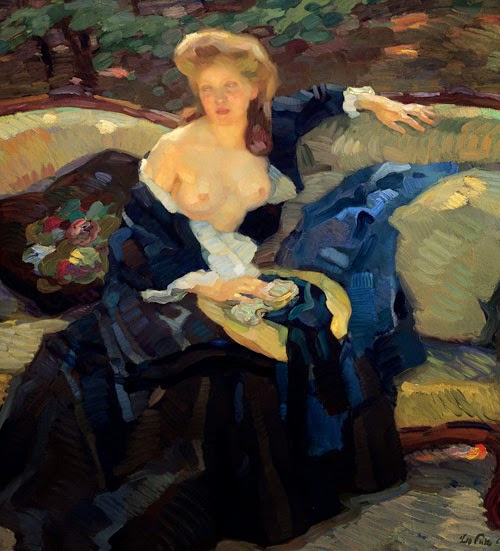 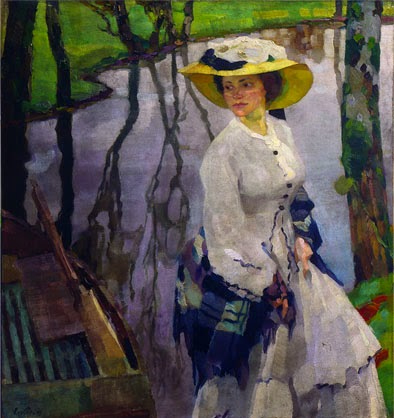 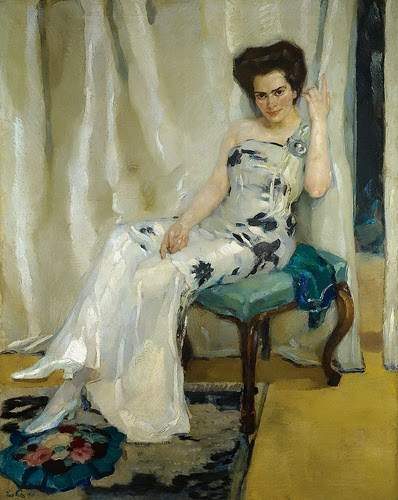 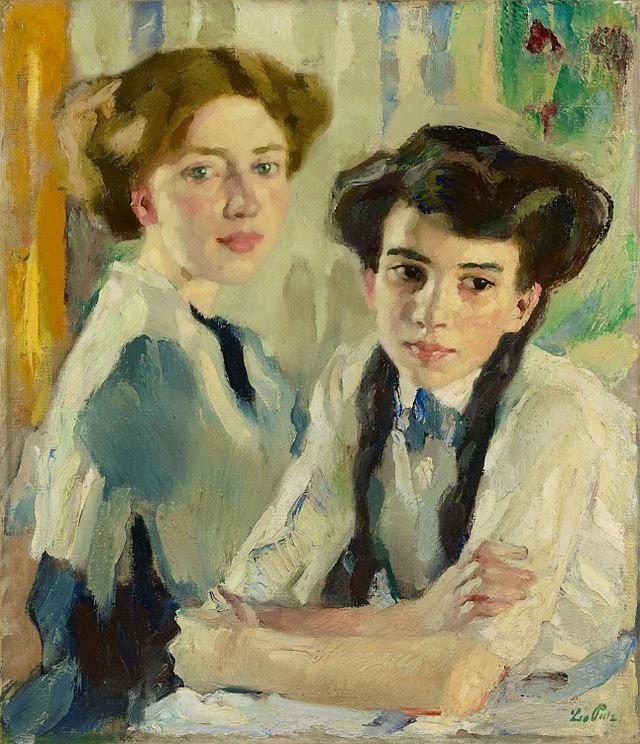