Painted Maps, Then and Recently

My college art history course conveyed the Modernist Establishment party line that the practice of painting was teleological, that its ordained end was the Platonic ideal manifested by the New York School of Abstract Expressionist art. That's the message I got by the end of the school year. And it was confirmed by the many examples of that style displayed on the pages of Time magazine in the late 1950s.

Despite the publicity in Time and other publications, and the presence of abstract art enthusiasts and collectors such as Nelson Rockefeller (heavily involved with New York's Museum of Modern Art, 1932-79), some young painters failed to relish the prospect of painting abstraction after abstraction for the rest of their careers. So, even in the mid-1950s, some decided to do something different.

This change in direction was chronicled in the amusing, and still useful, account The Painted Word, a 1975 book by Tom Wolfe. Some dissident painters discarded the use of pure abstraction, but continued adhering to the supposed demand of fidelity to the flat picture plane.

One such painter was Jasper Johns (b. 1930) who chose to paint objects that were already flat. His most famous painting is that of the American flag. He followed this with paintings of numbers and alphabetical letters. Then he made a painting based on a map of the United States.

A better-known artist also liked to paint maps, though as background content rather than the main subject. That was Jan Vermeer (1632-1675).

Examples of works by Johns and Vermeer are below. 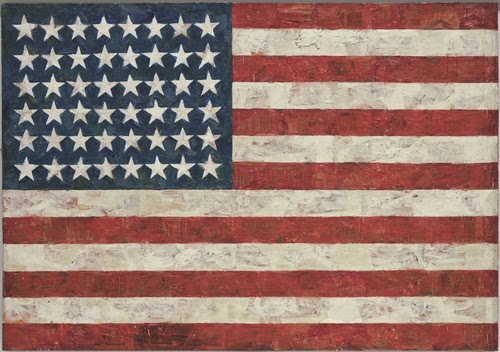 Johns: Flag - 1954-55
This was the flag design current when the painting was made and there were only 48 states in the union. 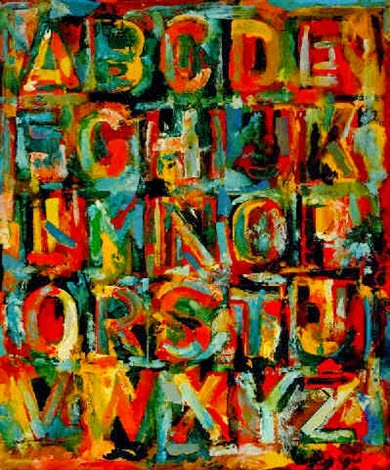 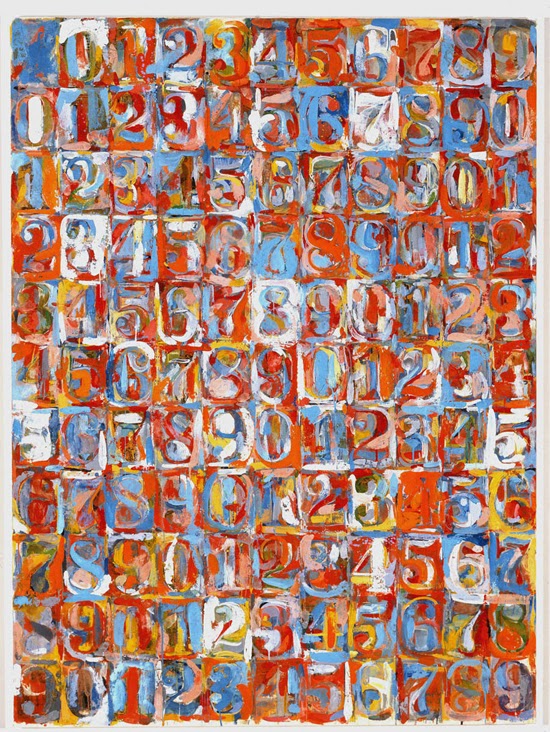 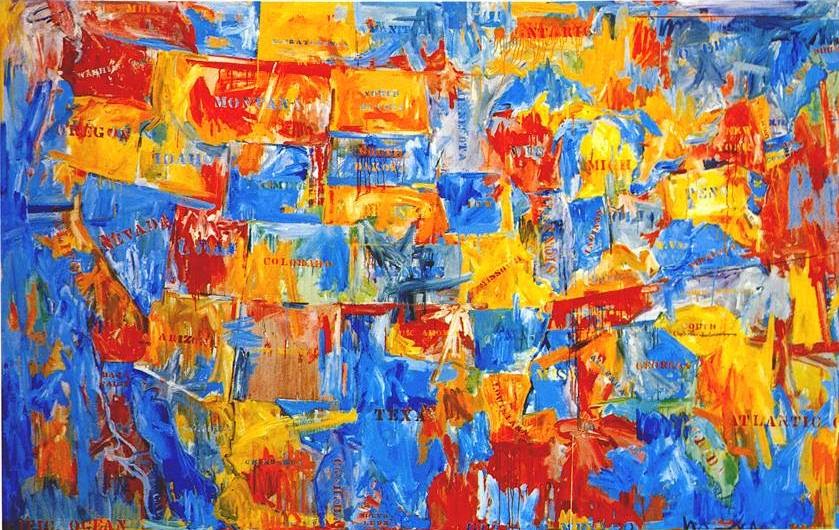 Johns: Map - 1961
Names of states are incorporated, and the use of different colors for different states followed the practice of American terrestrial globes in those days as well as simple maps for schoolchildren. Johns chose to not use green (aside for Florida) and unlike published maps, used similar color groupings for clusters of states (the northwestern USA and the Middle Atlantic states, for example). He also included Canadian provinces and perhaps Mexican states using this scheme to fill out the canvas. Also note that the Gulf of Mexico is painted using both red and blue, whereas the Atlantic Ocean has those colors along with yellow and orange. 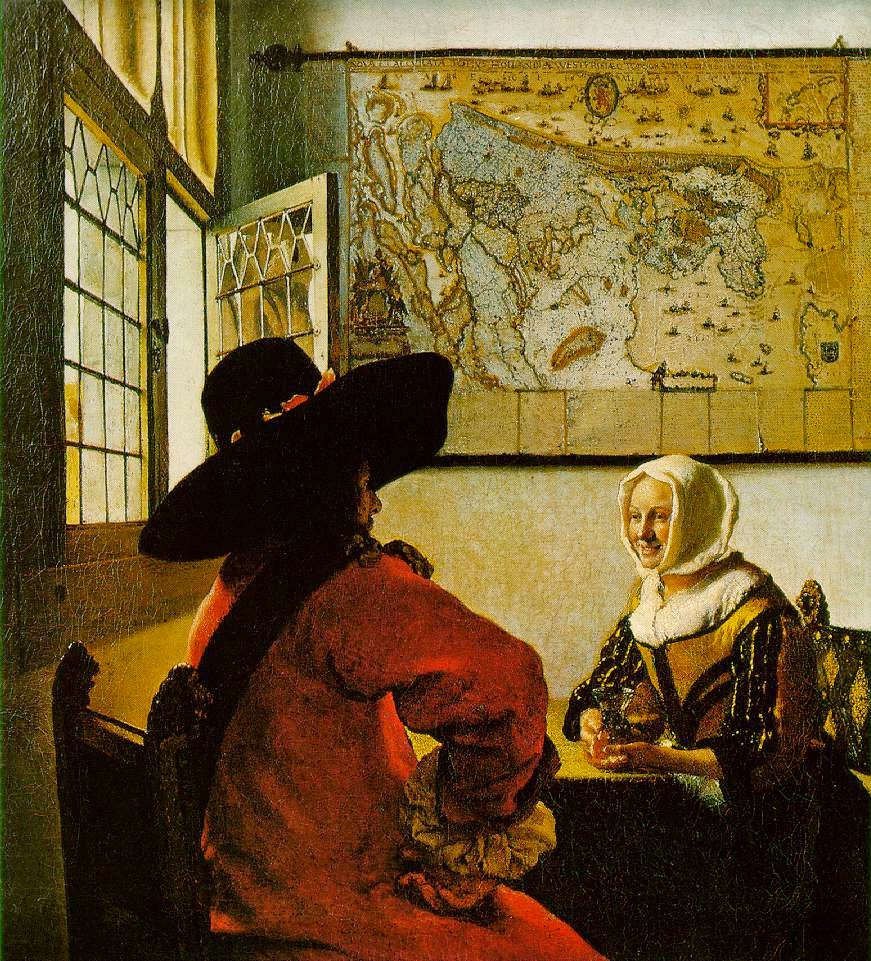 Vermeer: Soldier and Laughing Girl - ca. 1658
This Vermeer painting includes a highly detailed wall map of Holland (oriented so that north is to the right and west is at the top). 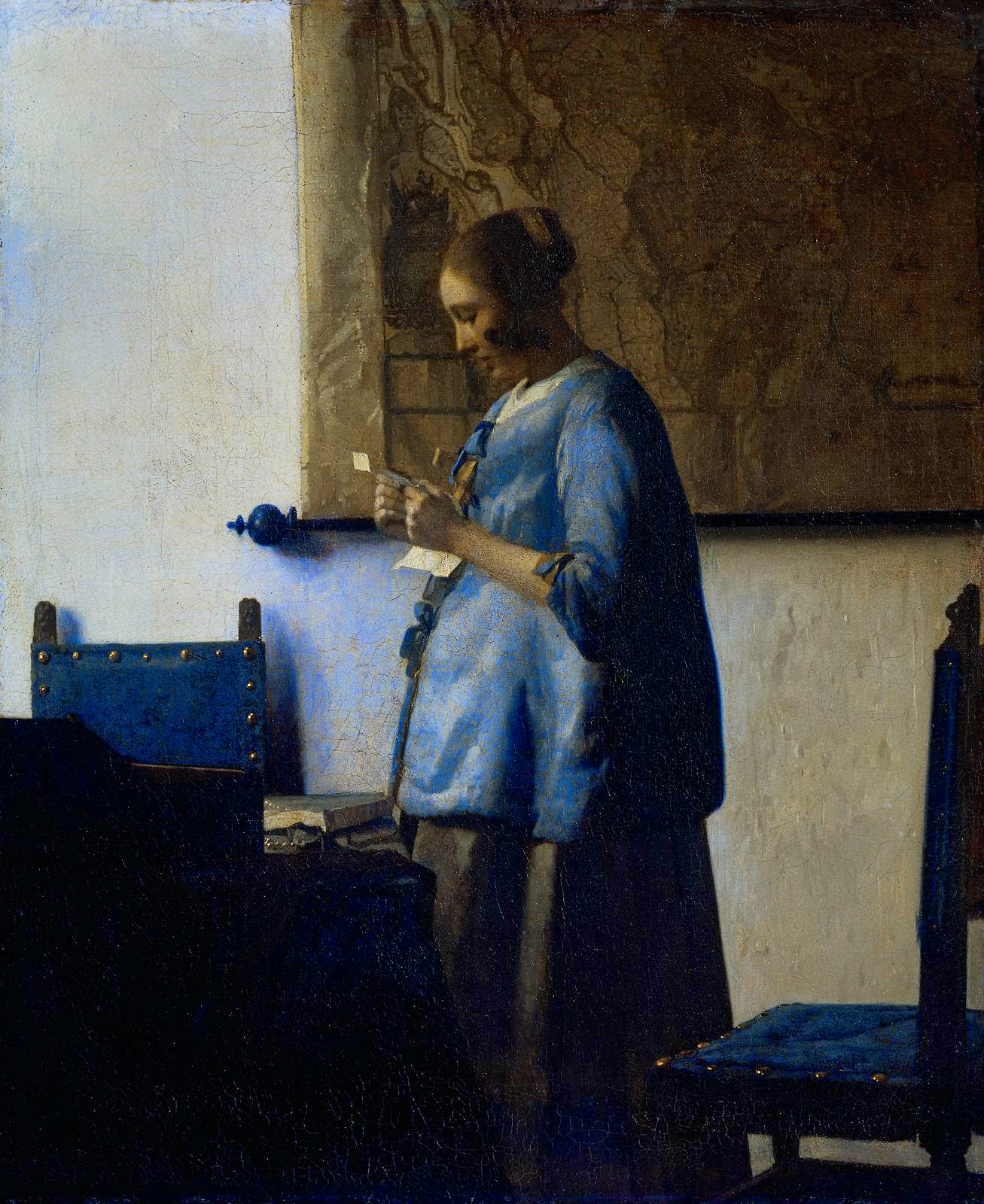 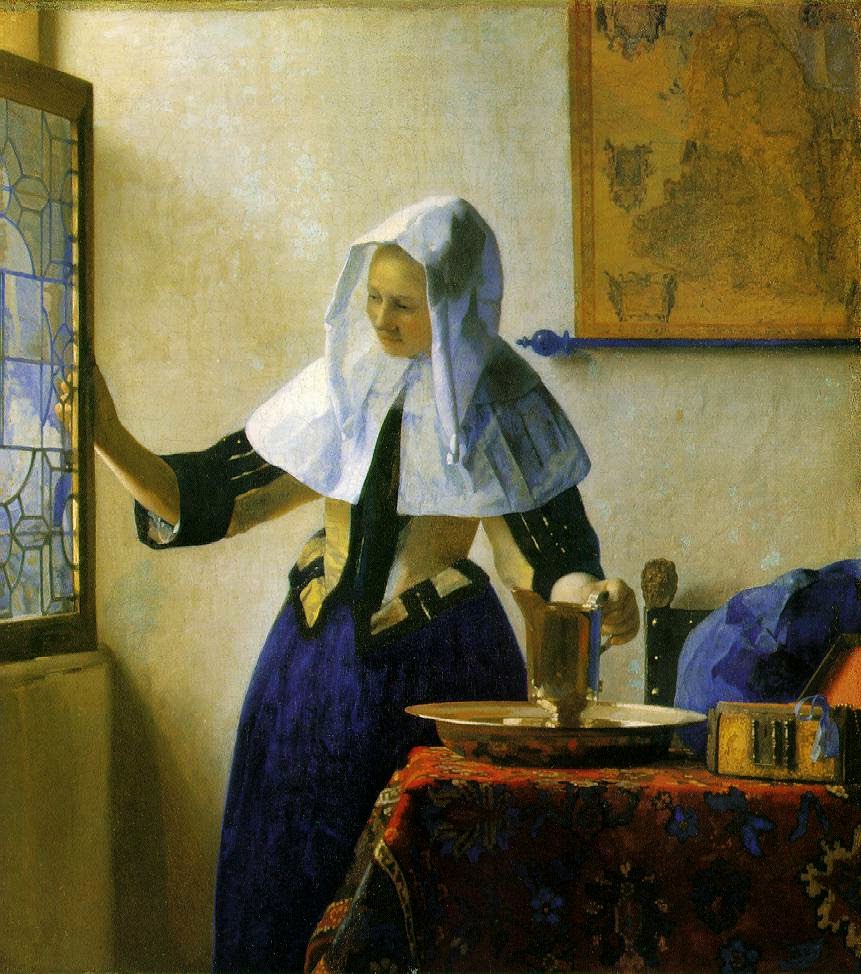 Vermeer: Young Woman with Water Pitcher - ca. 1664-65
A different map of Holland here; north is at the top.

I wonder which artist's paintings will hold up better over time.
Posted by Donald Pittenger at 1:00 AM