Henri-Robert-Marcel Duchamp (1887-1968) did a lot of damage to western culture and art. Or so I think. But if it hadn't been Duchamp, someone (or, more likely, several someones) would have done the same thing not long later. Biographical information on him can be found here.

Duchamp had a comparatively brief career as a painter before drifting over to other activities including his passion for chess. His most famous painting, "Nude Descending a Staircase" was a mix of Cubism and Futurism. I mention it and an early, more naturalistic painting here.

I revisited the Ringling Art Museum in Sarasota, Florida in May and found the portrait of his sister-in-law that I featured in the link above, and also found several other early Duchamp paintings. As often happens when photographing paintings in museums, images of two of those paintings were too blurred to post here. The others are presented below. Click on them to enlarge.

The point I make with these images is that while the early Duchamp painted in a modernist vein, it was a conservative variety of modernism. 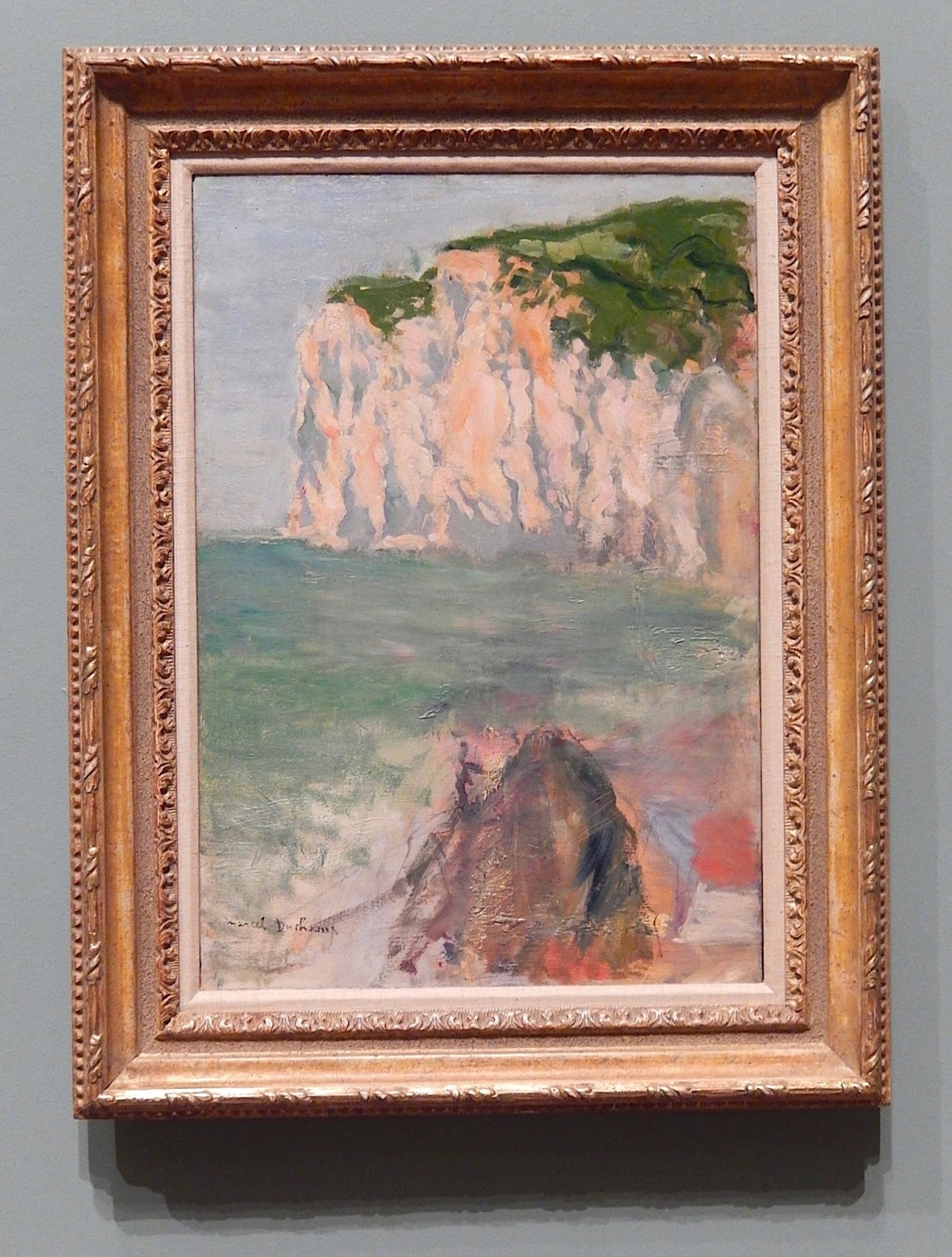 Sur la Falaise - 1905
Duchamp was about 18 years old when he did this landscape. 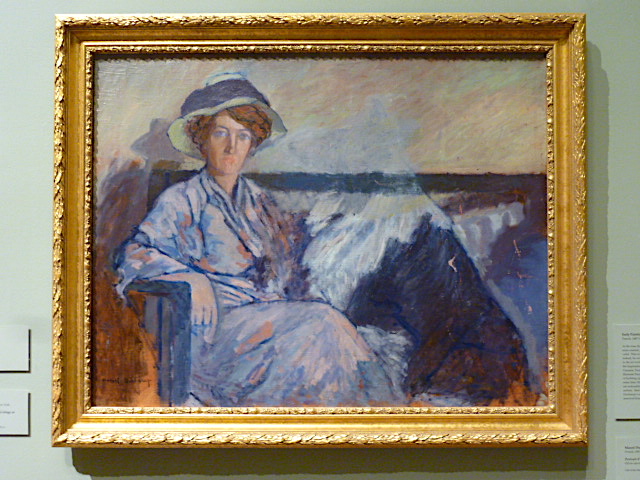 Portrait d'Yvonne Duchamp-Villon, née Bon - 1907
An establishment photo I took in 2012 that also can be found in my older Duchamp post. 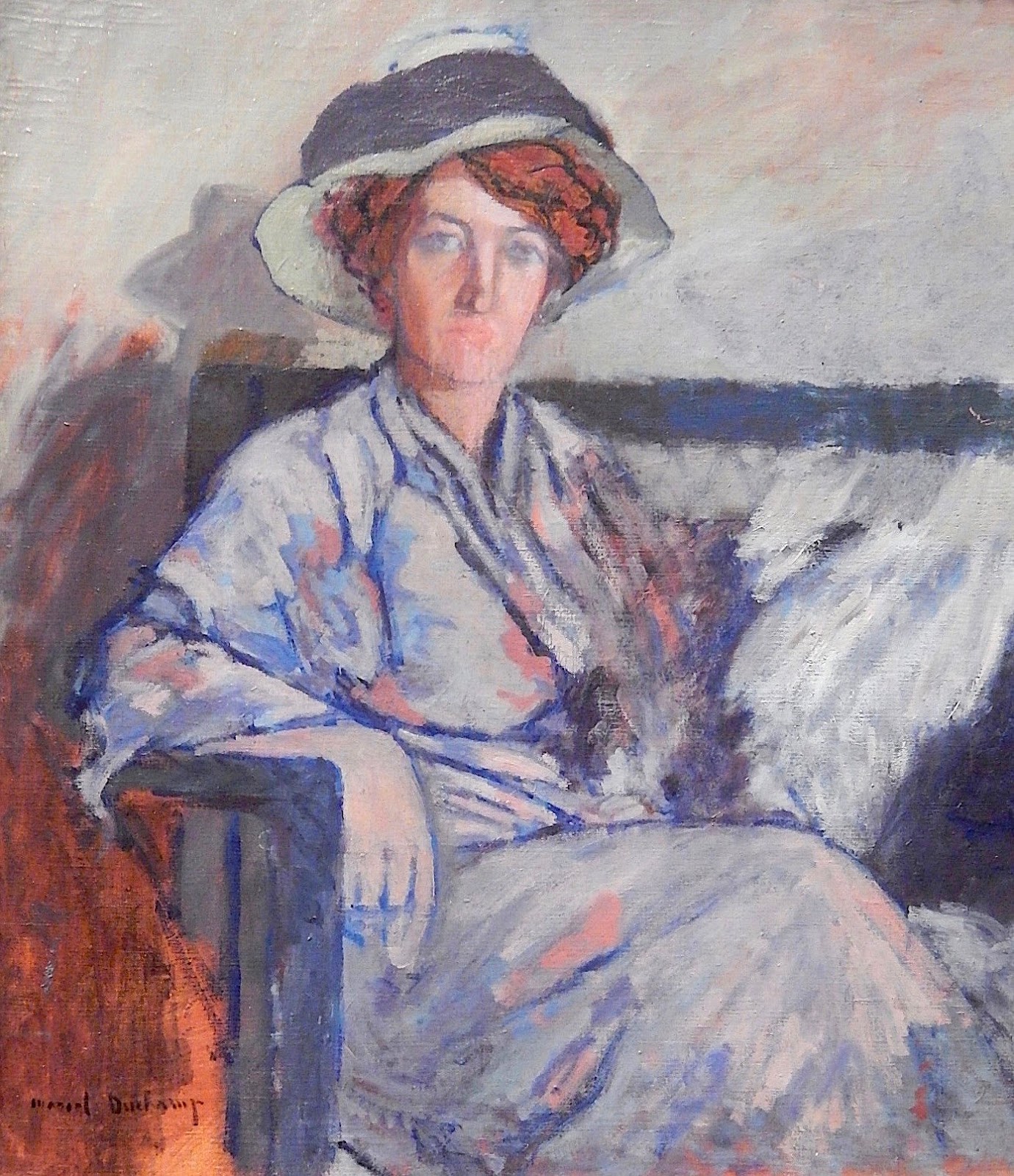 Detail. He was about 20 when he did this. Although it is signed, the sketchy treatment of Yvonne's hand gives the painting an unfinished appearance. The rationalization for this probably would have something to do with the idea that the hand was an irrelevant detail. 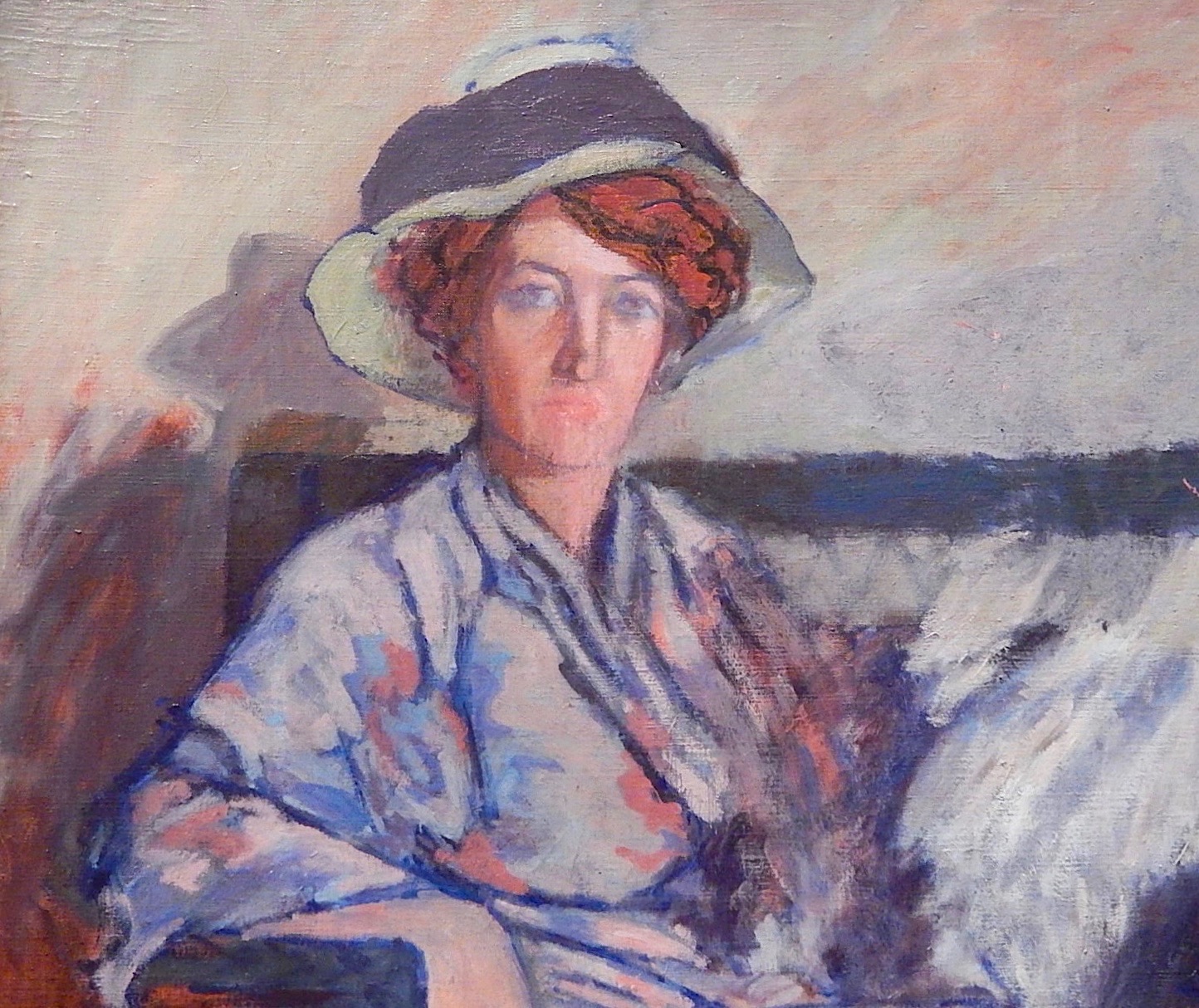 An even closer view. I find it interesting that Duchamp essentially washes out the subject's mouth and to a lesser extent her eyes while emphasizing (comparatively) her nose. Note the limited color palette. Altogether, a nice pierce of work for one that age. 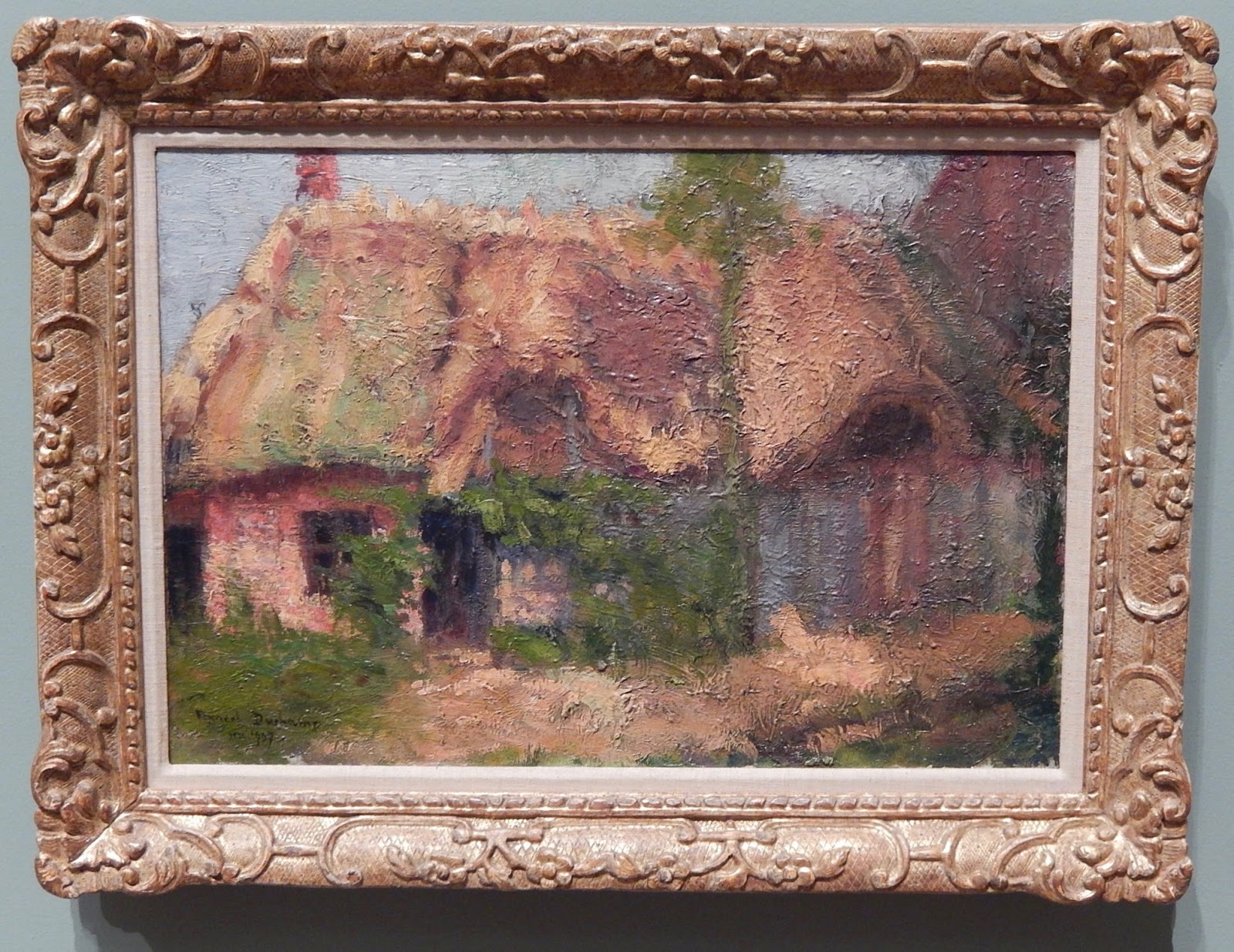 Maison Paysanne, Yport - 1907
A peasant's cottage painted the same year, but in quite a different style. 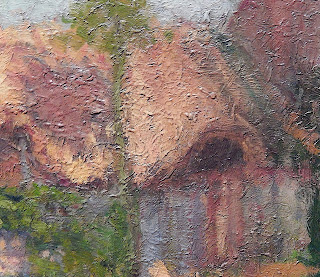 Detail of the above, showing how thickly Duchamp painted here.  Or perhaps this was an over-painting of a previous work that used thick paints: I'm not expert enough to be sure which possibility is correct.