Edwin Howland Blashfield (1848-1936), Wikipedia entry here, specialized in mural painting. He was successful at that, winning a number of major commissions: the link has a list of many of these.

Blashfield studied engineering at Massachusetts Institute of Technology for a while, then left to pursue art. An inheritance allowed him to go to Paris in 1869 where he studied under Léon Bonnat. He remained in France until 1881.

Although his time in France coincided with the rise of French Impressionism, his style remained traditional, but not strictly Academic. This worked well for him as a muralist, because American government-funded murals in the decades around 1900 tended to have uplifting themes often manifested by symbolic characters.

The examples of Blashfield's work shown below are mostly not murals because those could be huge, often integrated into a building's architecture, and hard to photograph. Instead, I feature easel paintings and drawings. I should add that some of his best-known easel paintings are quite large -- almost mini-murals. 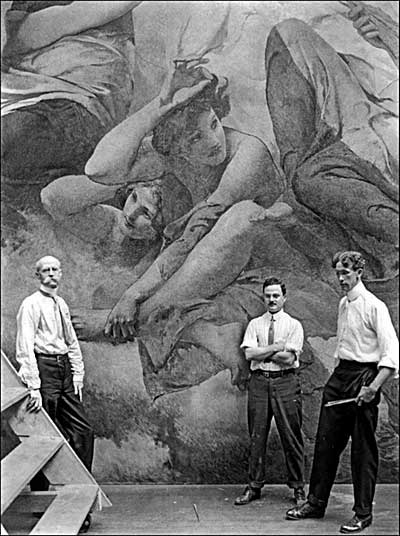 Photo of Blashfield and assistants working on dome mural for Wisconsin's capitol building. 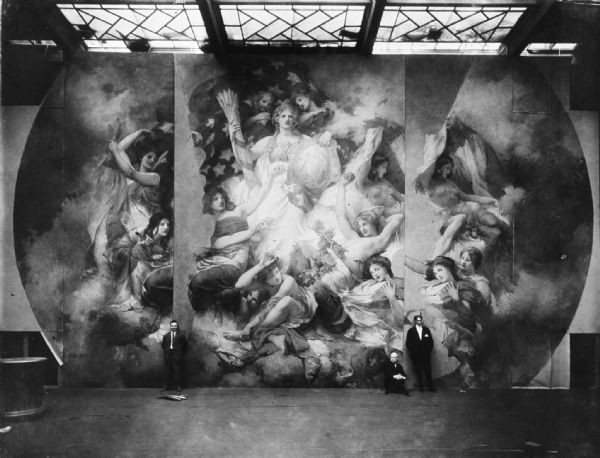 Photo of Wisconsin capitol mural "Resources." The men at its base provide its scale. 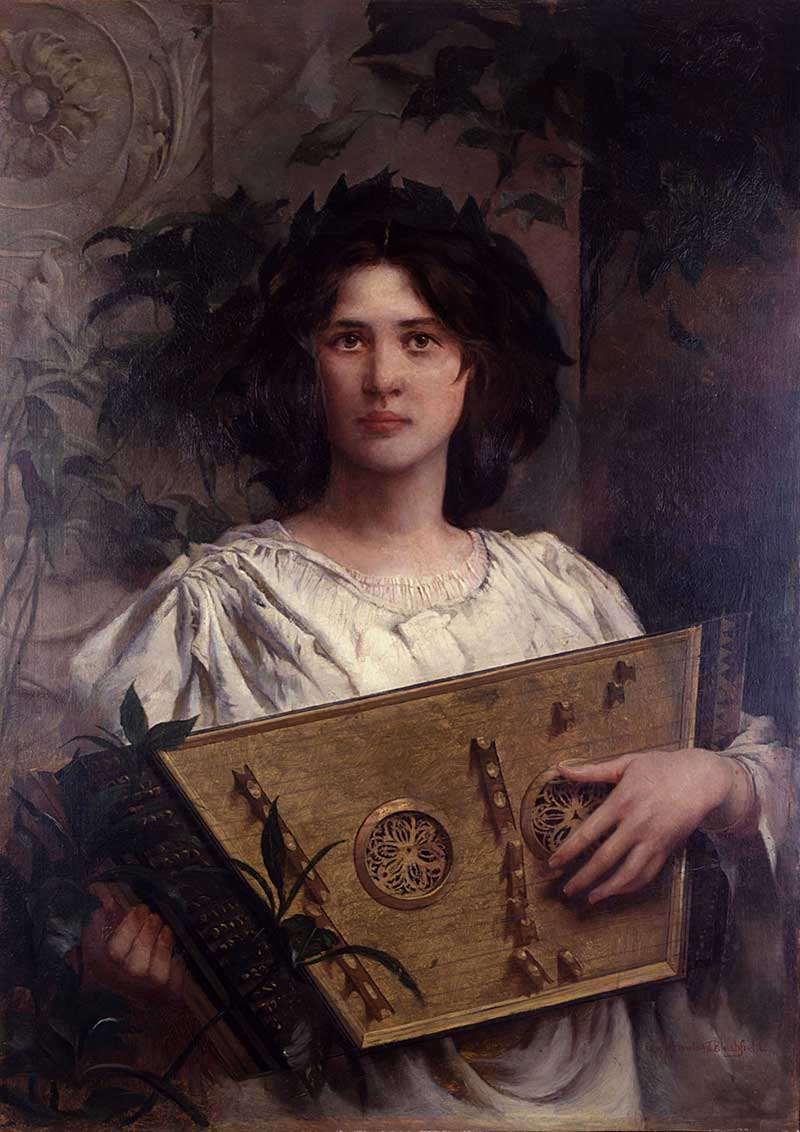 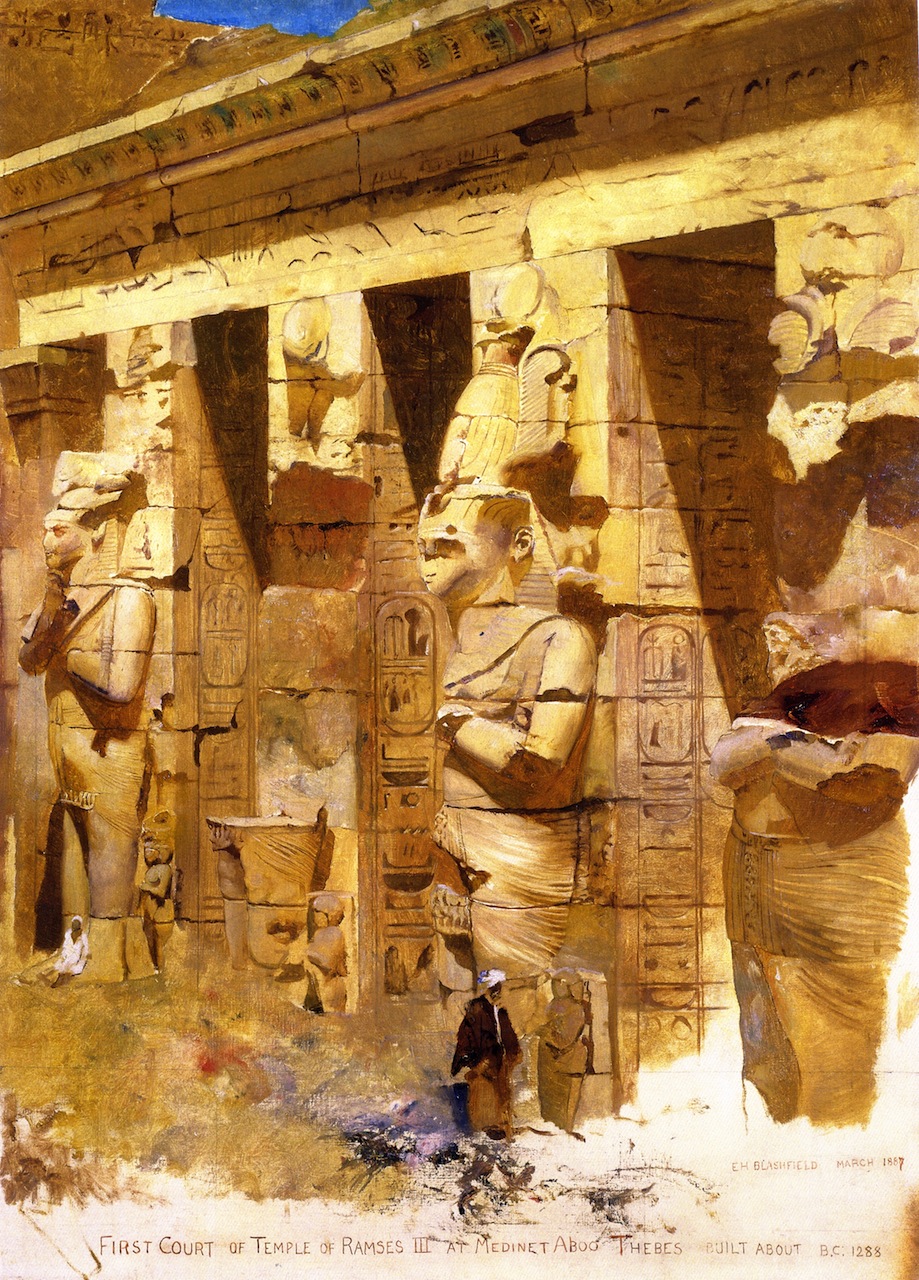 First Court of Temple of Ramses III, Medinet Aboo - 1887
Blashfield traveled a good deal, and this is an oil sketch made in Egypt. 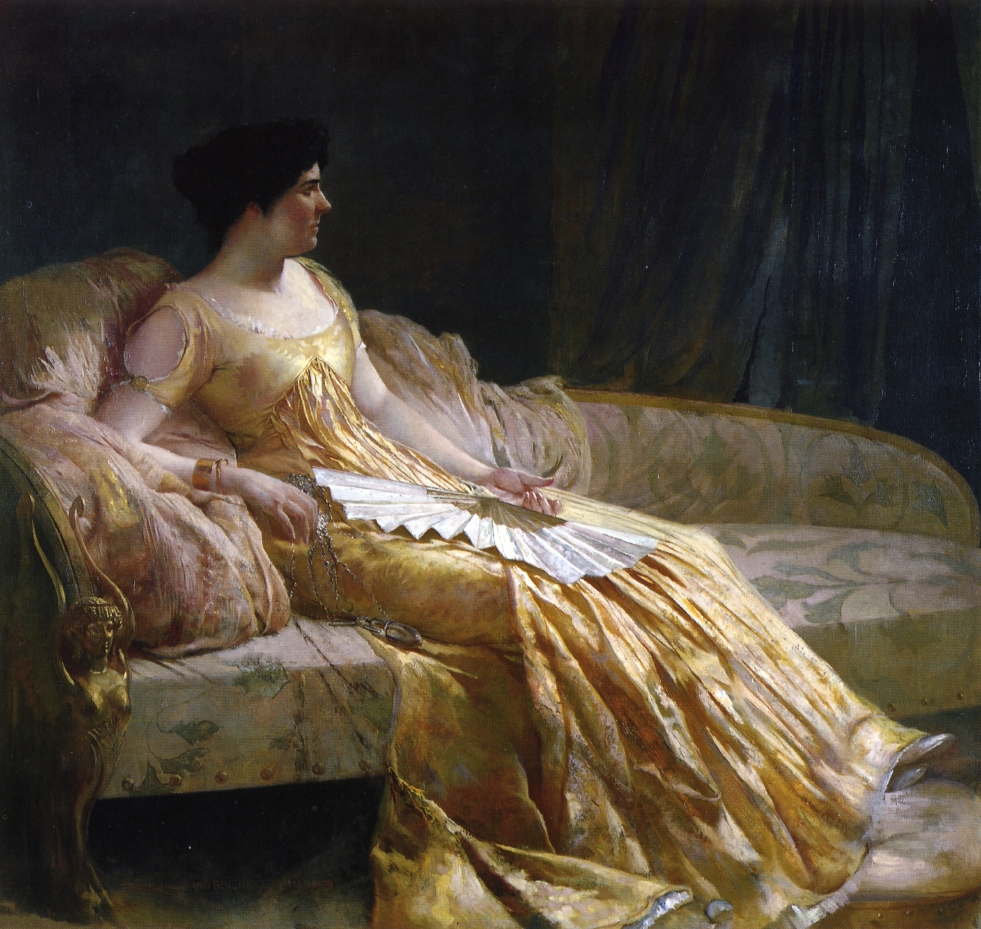 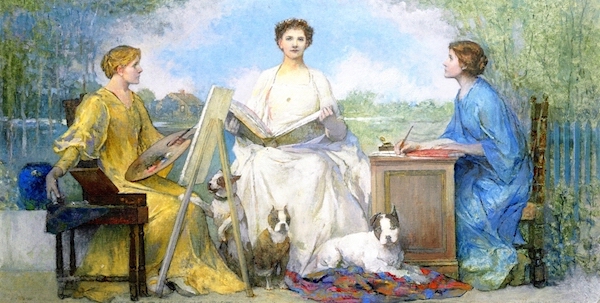 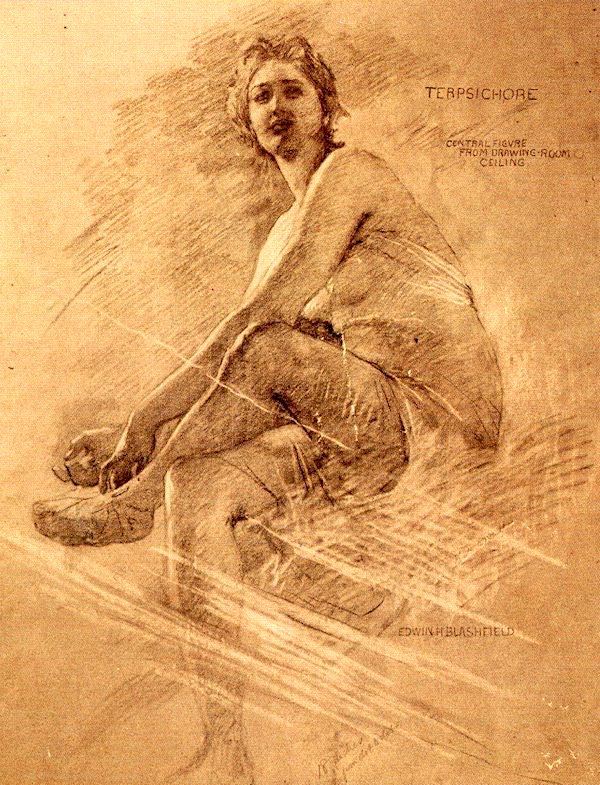 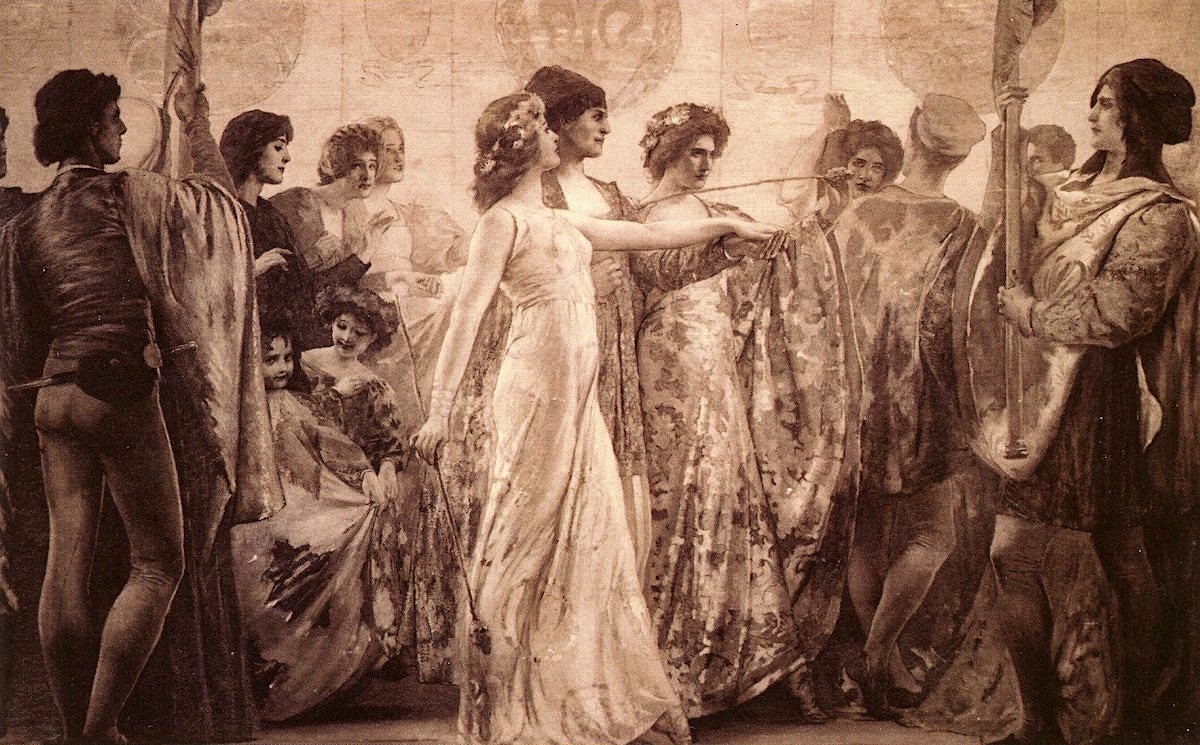 Dance - hall panel for Adolph Lewisohn - 1899
Probably destroyed when the West 57th Street house was altered or, later, demolished: I wonder what it actually looked like in color. 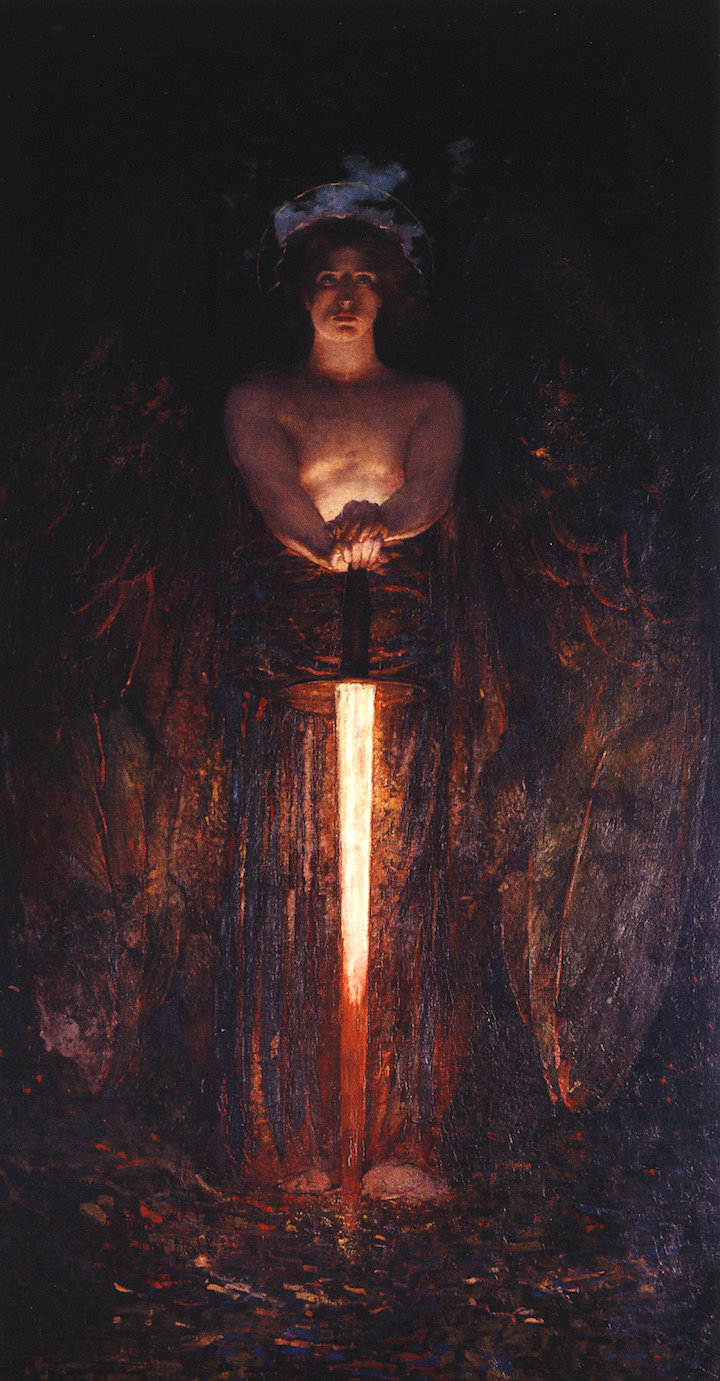 Angel with the Flaming Sword 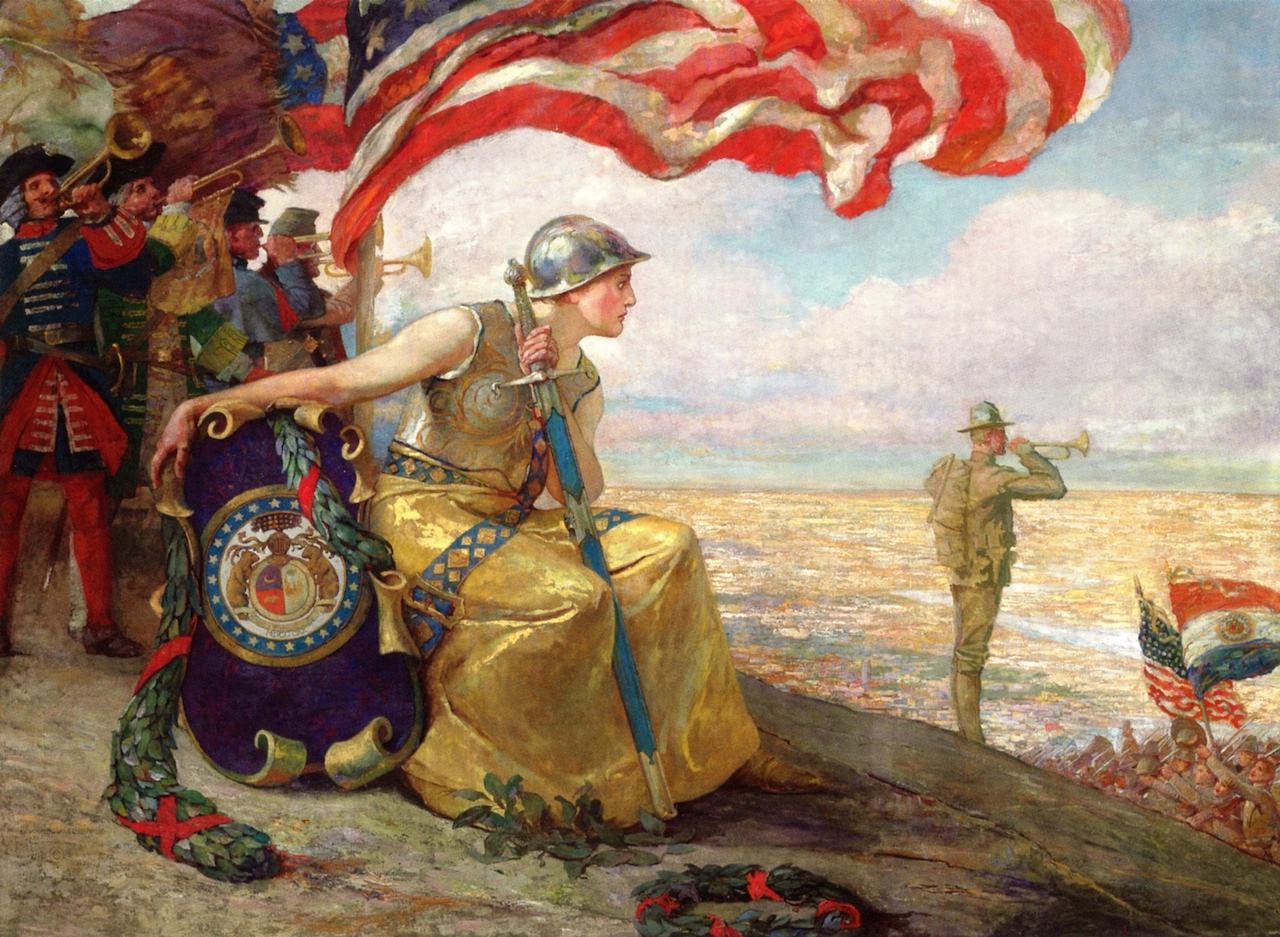 The Call of Missouri Trumpet (Missouri Watching the Departure of Her Troops) - 1918
A Great War painting. Trumpeters from historical times are at the left, a doughboy trumpeter in the distance.
Posted by Donald Pittenger at 1:00 AM