Depicting Hercule Poirot -- by Robert Fawcett and Others

Hercule Poirot, Wikipedia entry here, is probably the most famous fictional detetive aside from Sherlock Holmes.

Because they are fictional characters, their actual appearance can be interpreted by actors and illustrators. However, in Poirot's case, author Agatha Christie many times wrote that he had an "egg-shaped head" and had fabulous mustaches, though as best I know she didn't actually provide a description of them.

Since this is an art-related blog, today's post presents some interpretations of Poirot by various illustrators. "Egg-shaped head" implies baldness.  This book cover illustration by an artist unknown to me follows Christie's guidelines.  Aside from one exception below, I made no effort to track down book illustrators' names. 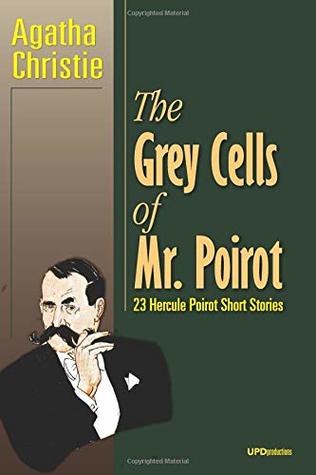 Here we find an elaborate mustache, but the head isn't very egg-shaped nor is it bald. 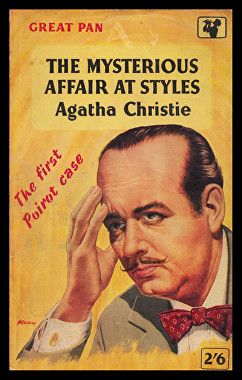 Again, not very bald.  In the early stories Christie held that Poirot was fairly old, but portrayals by actors and artists have him middle-aged. 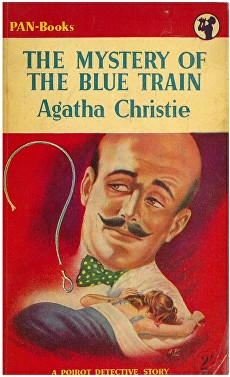 This artist gave him an exaggeratedly egg-shaped head. 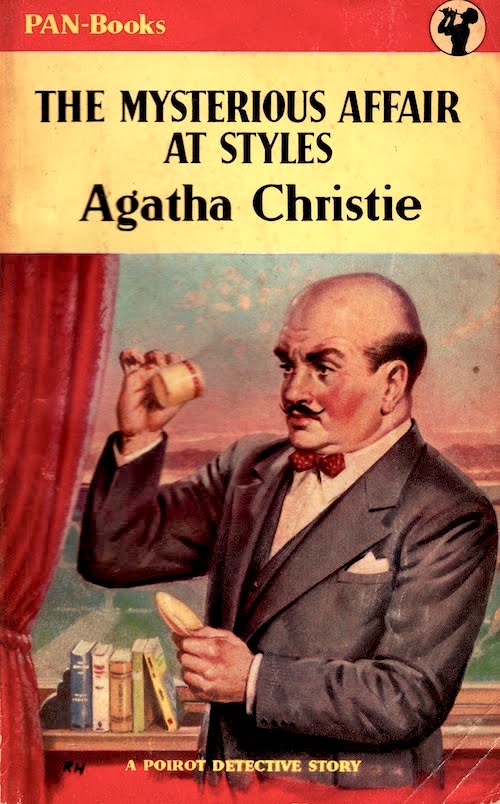 This seems fairly close to what Christie specified. 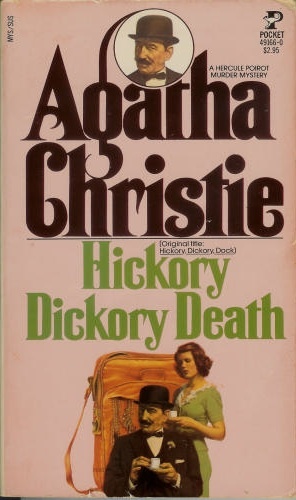 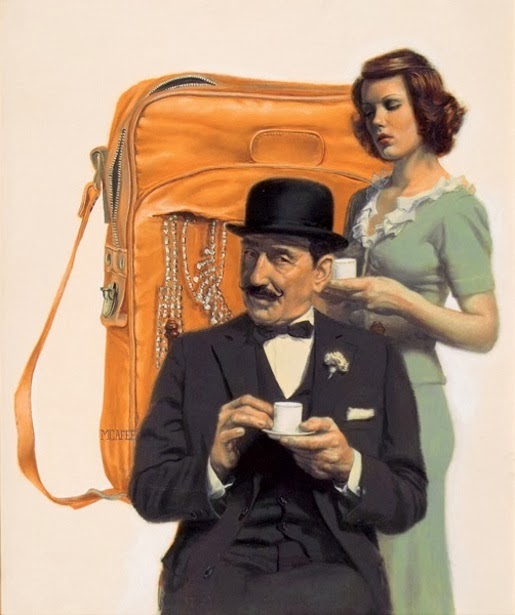 The illustrator was Mara McAfee (1929-1984), biography here.  This predates the British television series, but his attire is similar to what it favored. 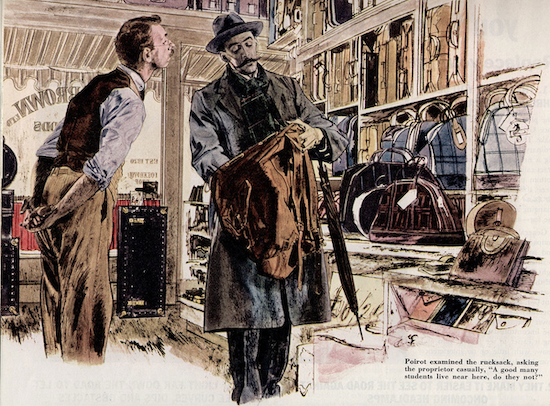 Robert Fawcett (1903–1967), Wikipedia entry here, was an important illustrator in his day.  This image and the following are from Poirot stories appearing in Collier's Magazine in the mid-1950s. 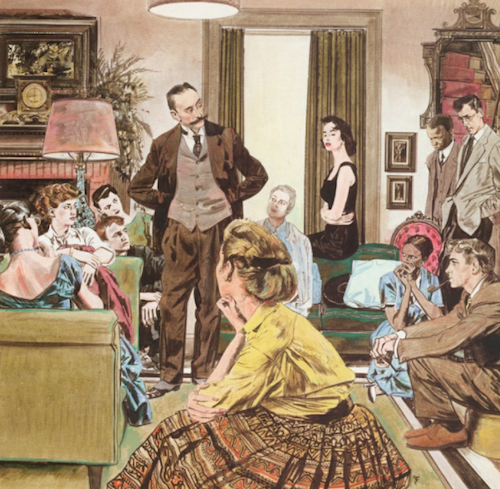 Fawcett's Poirot is thin-faced and not bald.  The mustaches are extensive. 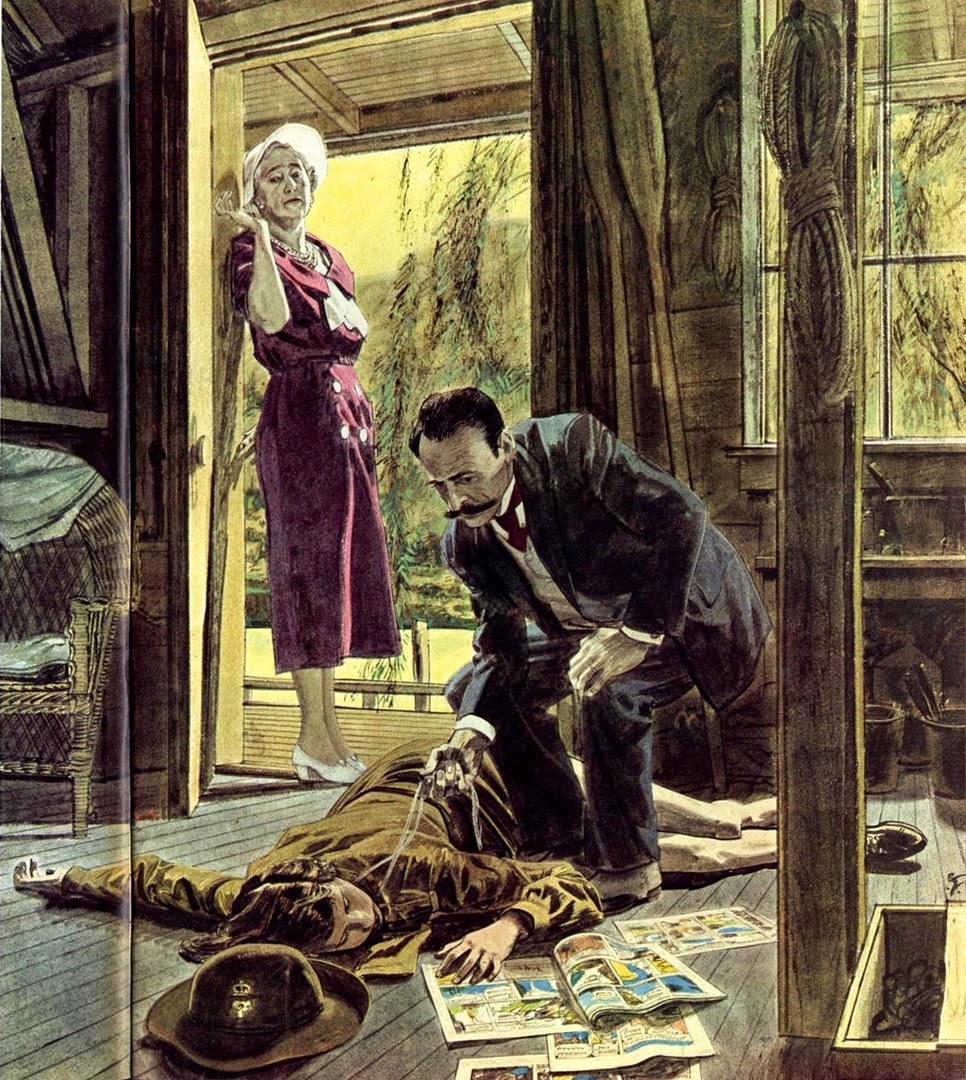 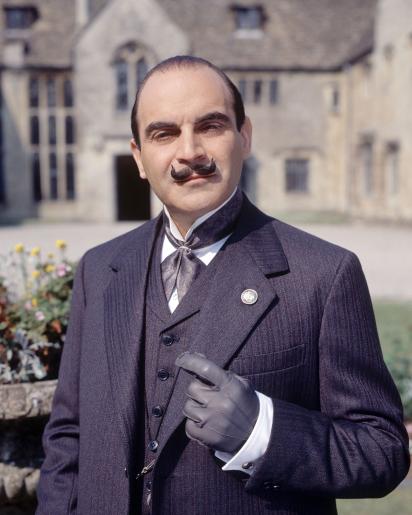 David Suchet (1946 - ... here) has pretty much nailed down Hercule Poirot's appearance for now and quite likely for many years to come.
Posted by Donald Pittenger at 1:00 AM