Barcelona's most famous building is the Sagrada Familia (Holy Family) basilica designed by Antoni Gaudí (1852-1926).  Construction began in 1882 and will likely miss its 2026 completion target.  The Spanish Civil War and other delay events contributed to that timeline.

Today's post presents some photos of its interior I took early November 2021.  I was last there in the Fall of 2010 shortly before Pope Benedict XVI consecrated the building.  What I saw was a construction zone that shortly became the nearly completed interior.  As best I can tell, the interior is now essentially complete. 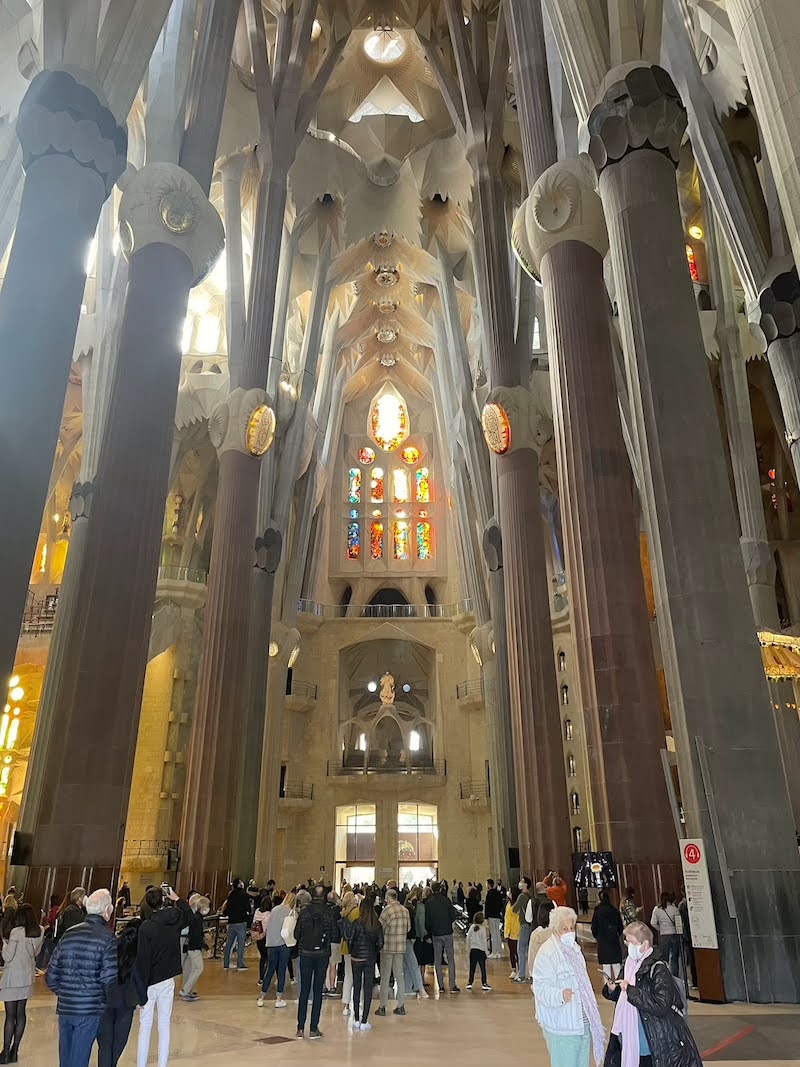 View on entering from the eastern Nativity side. 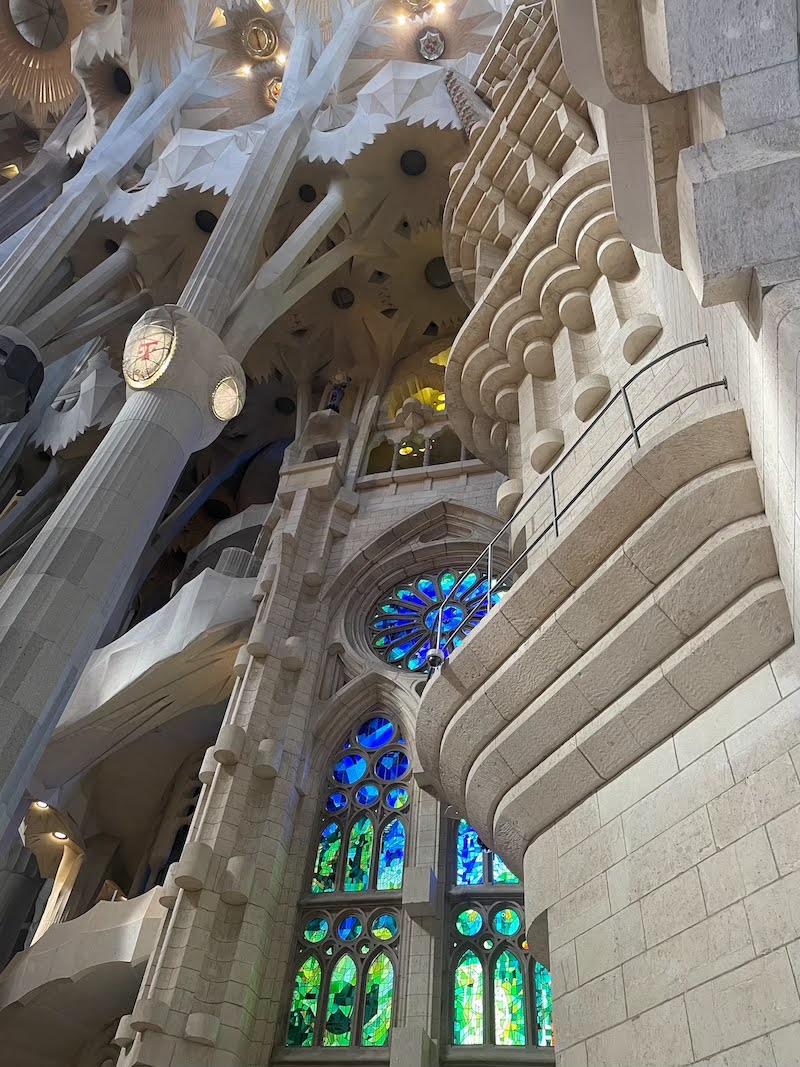 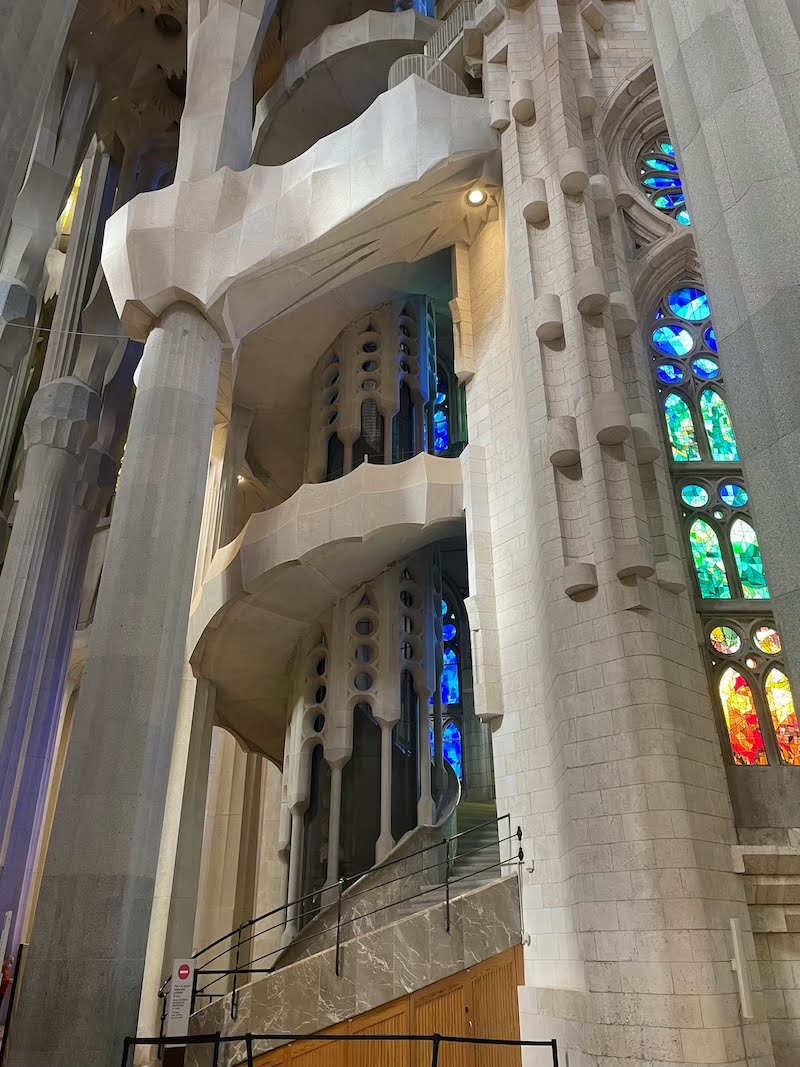 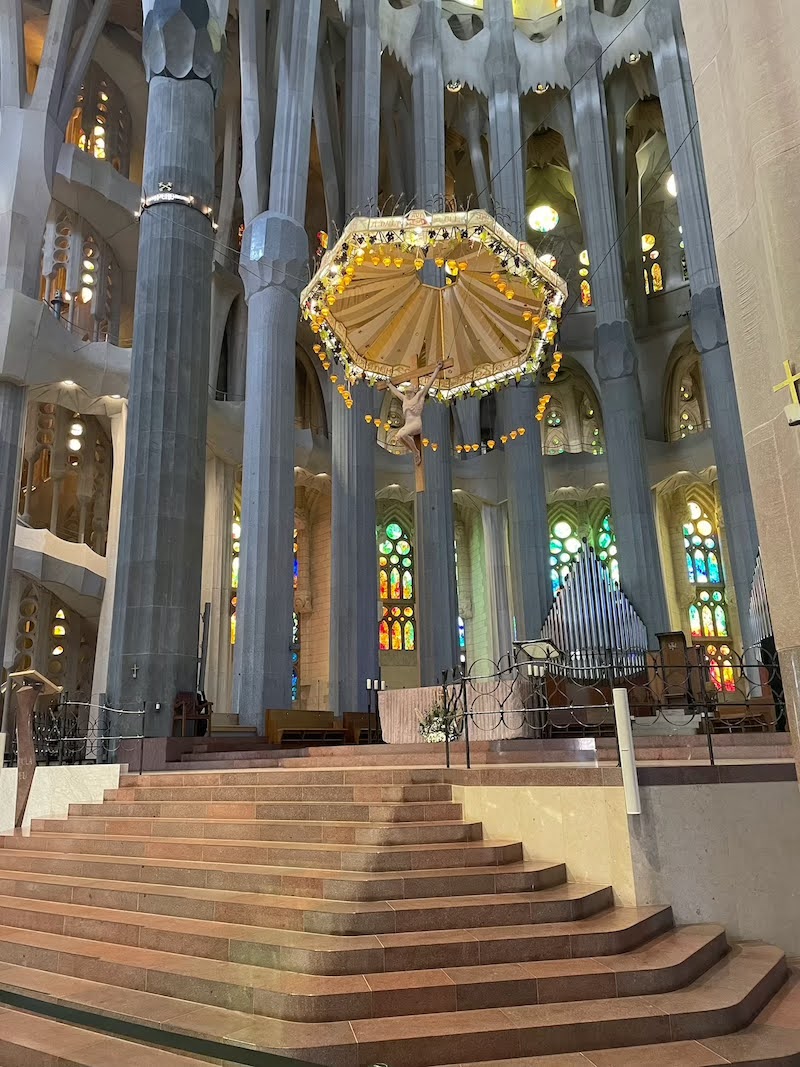 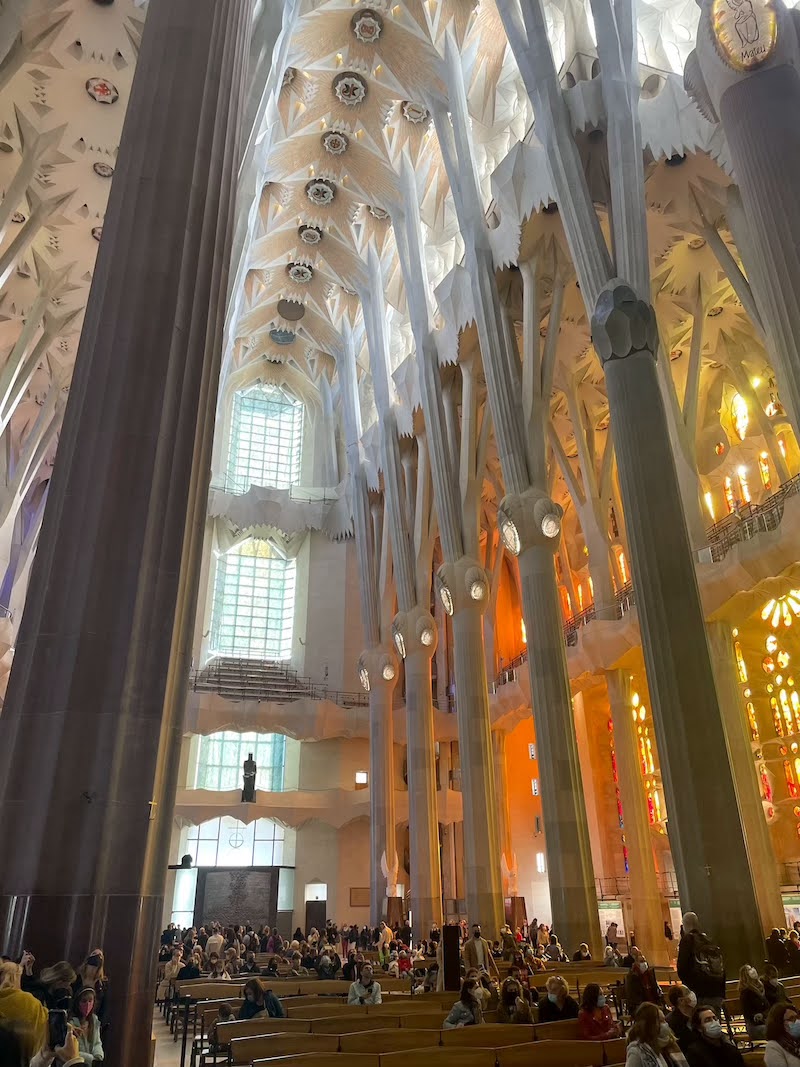 Looking down the Nave. 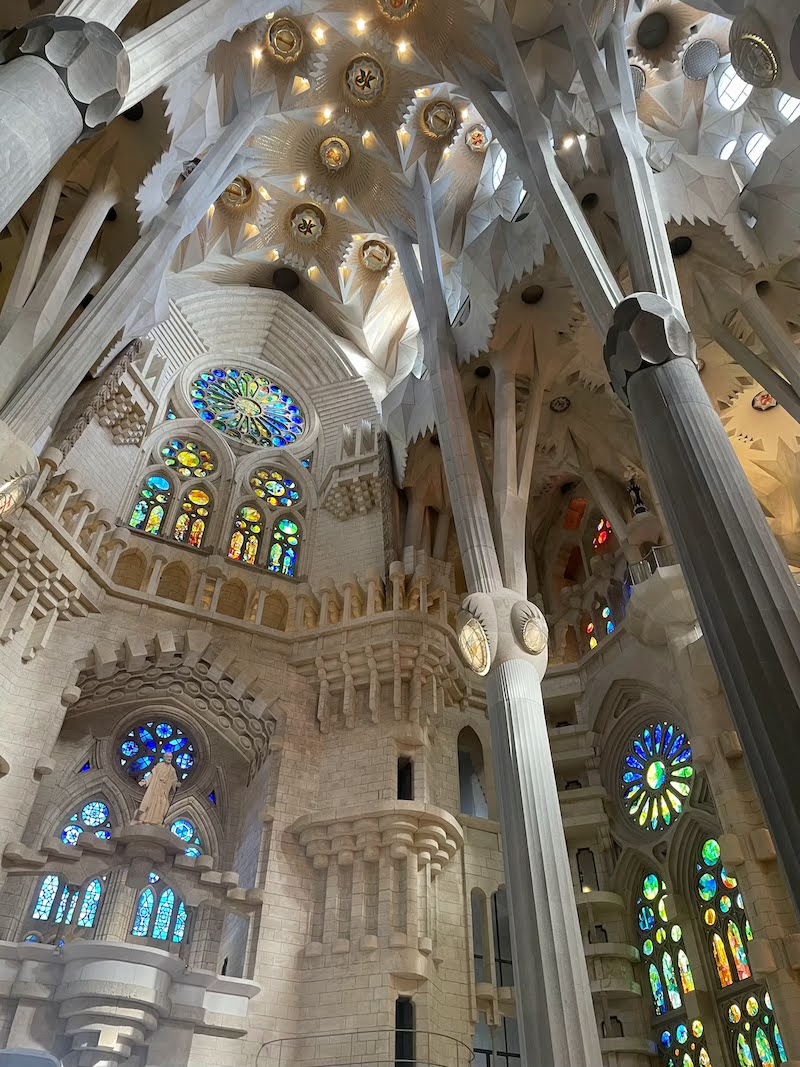 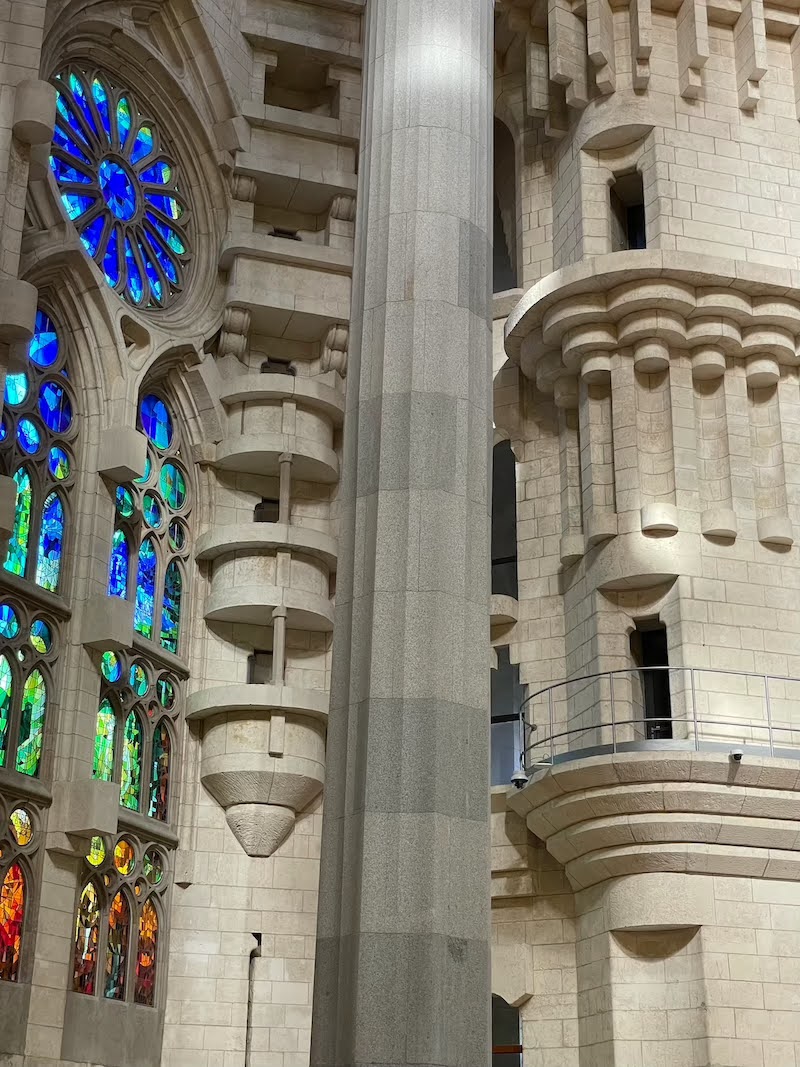 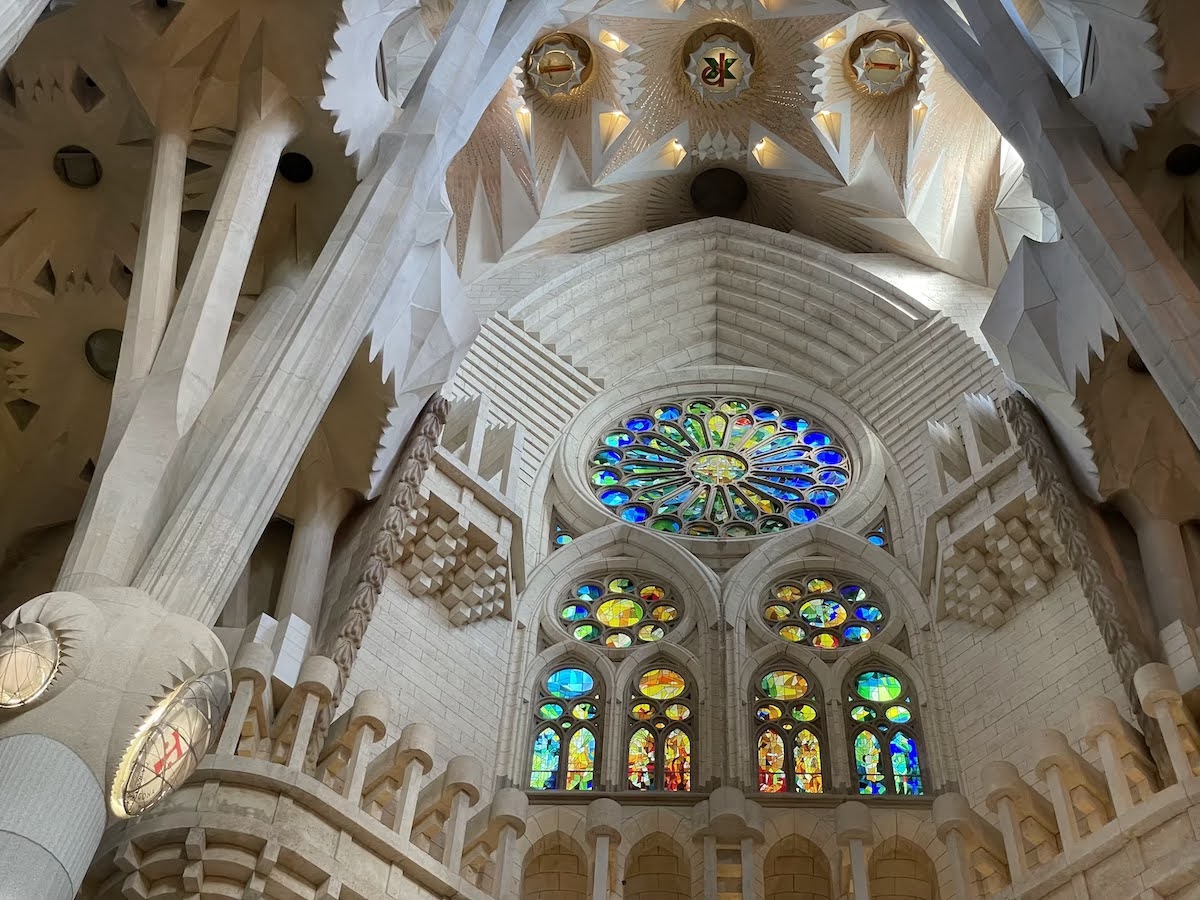 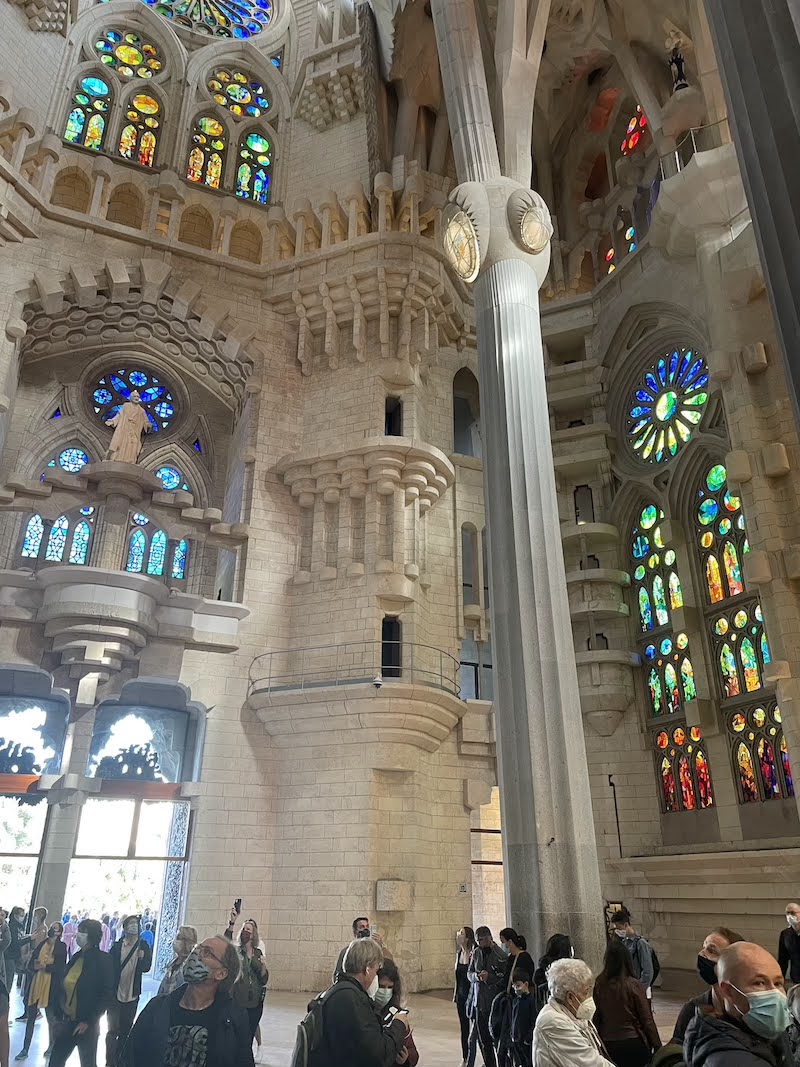 Towards the east entrance. 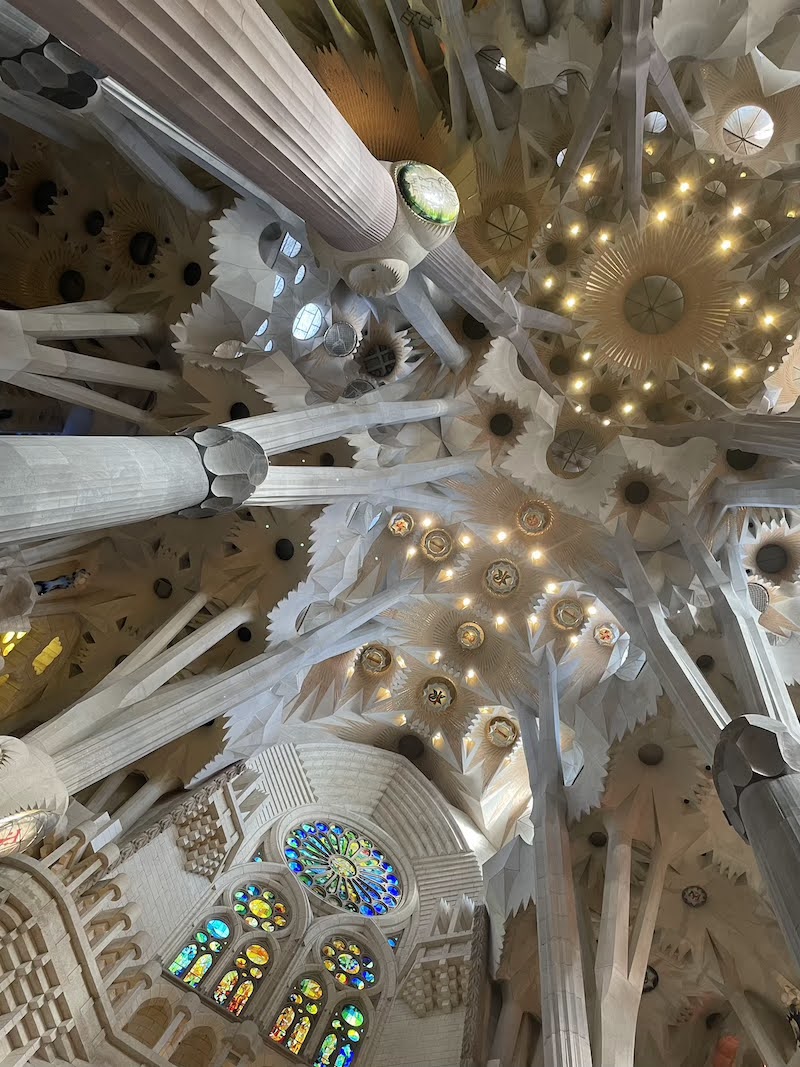 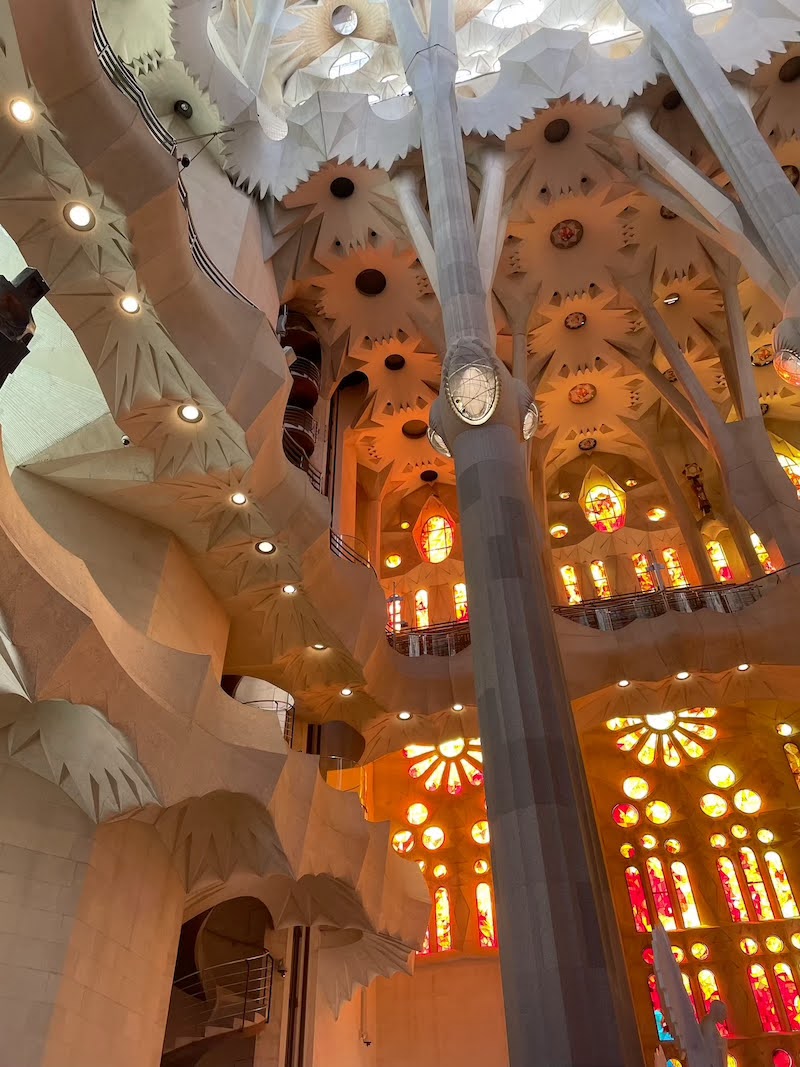 Windows on the west side have a warm tint, whereas east side windows feature cooler blue and green. 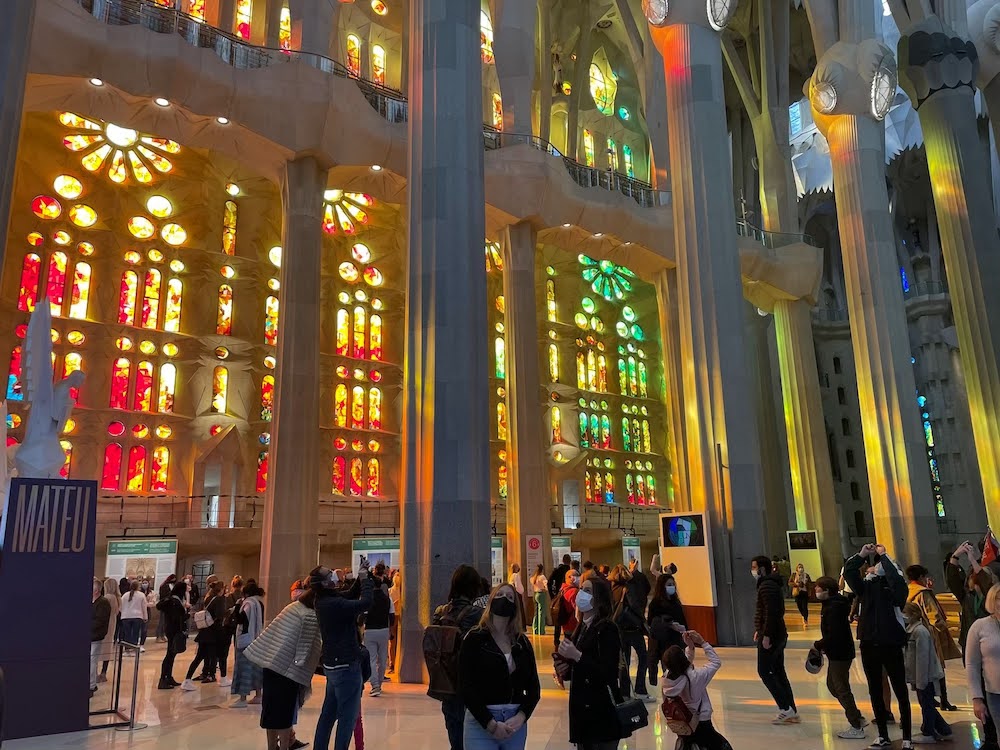 The effect of sunlight through those windows. 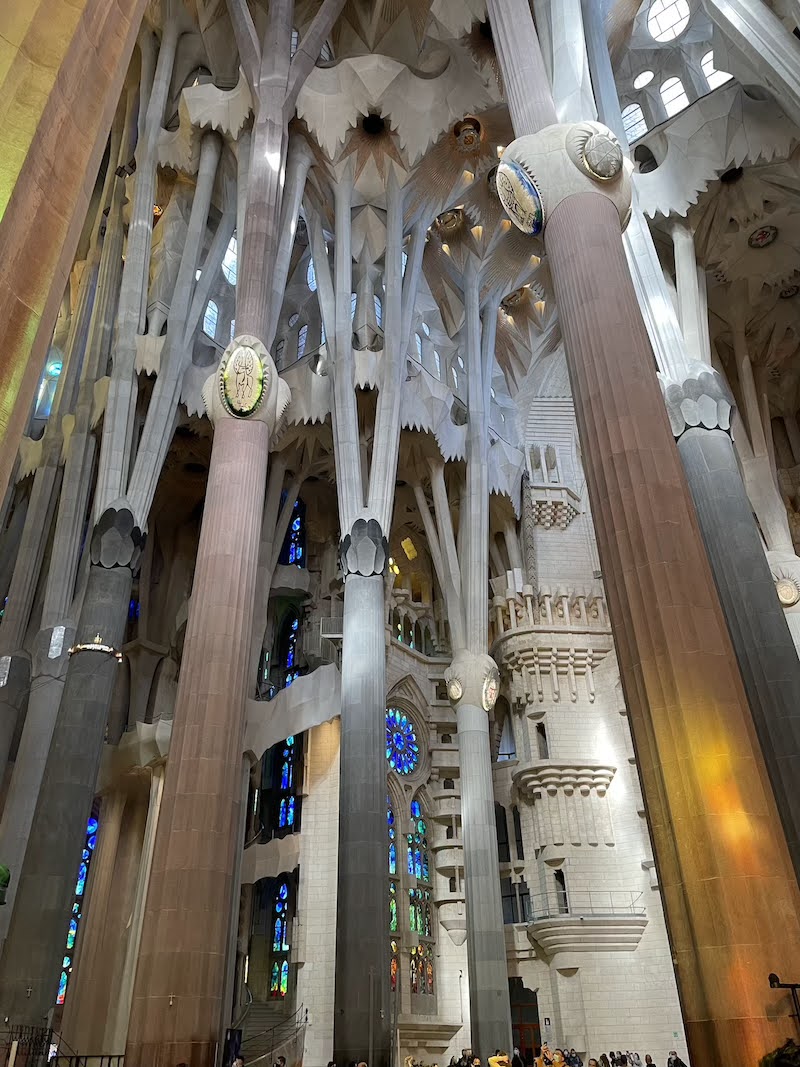 Summary view of interior details.
Posted by Donald Pittenger at 1:00 AM