Barcelona's most famous building is the Sagrada Familia (Holy Family) basilica designed by Antoni Gaudí (1852-1926).  Construction began in 1882 and will likely miss its 2026 completion target.  The Spanish Civil War and other delay events contributed to that timeline.

The photos below document parts of its exterior seen by me in early November 2021. 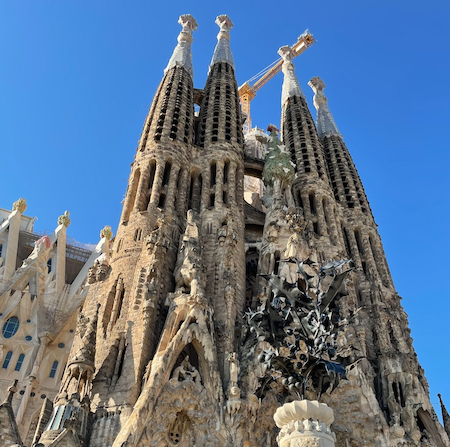 The east Nativity side that was in place before the 1936 start of the Civil War.  It is noted for its "melting" spires -- an astonishing concept in its day.  Might that have influenced the melting "Persistence of Memory" watches of Salvador Dalí, who lived not very far away?  The sculpture on the pedestal in the foreground obscures many of the sculptures on the facade. 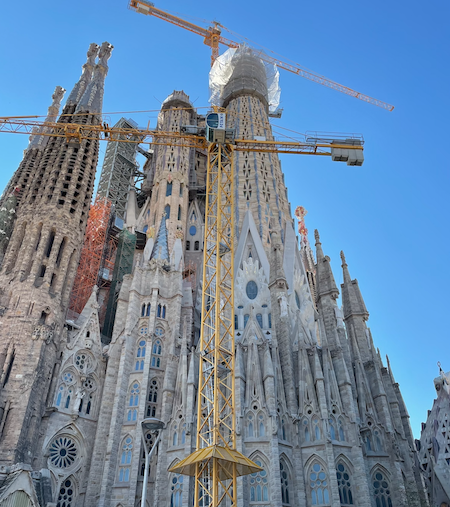 The northeast corner showing a transition from "melted" to more structured forms. 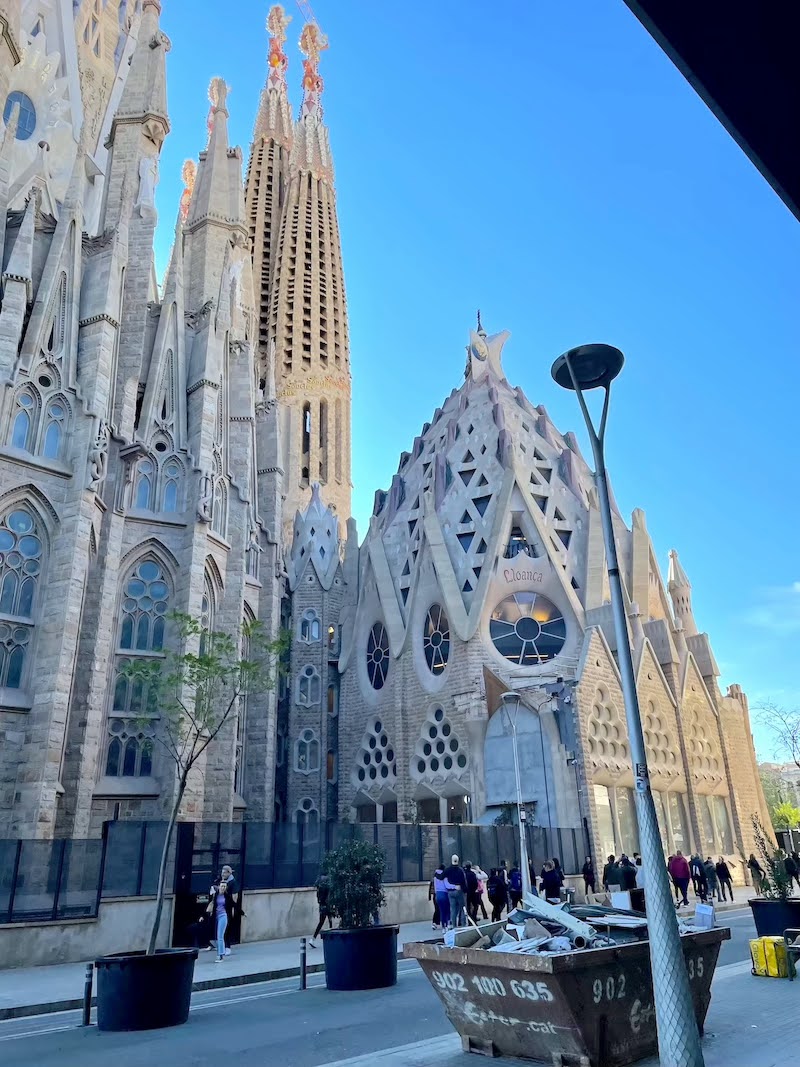 North side elements including the low-level West Sacristy.  The west-side spires in the background are mostly structured, not "melting." 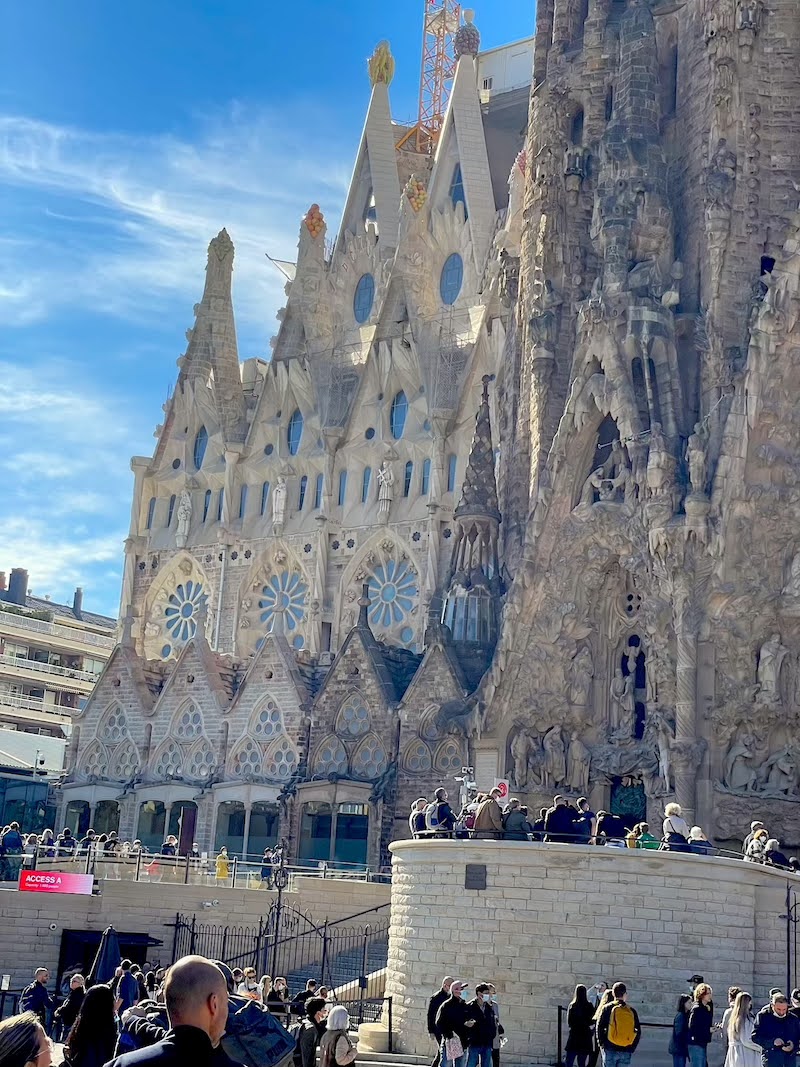 The east front again, showing the combination of original and newer Gothic elements distinguished by their differing coloring. 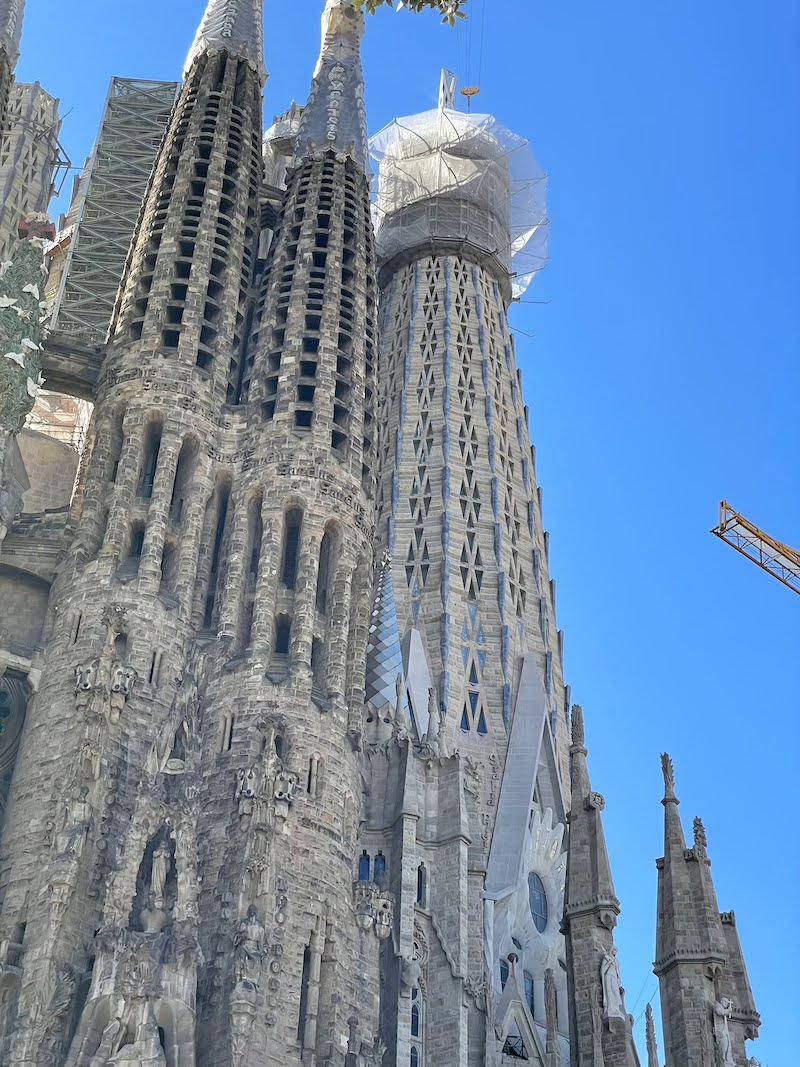 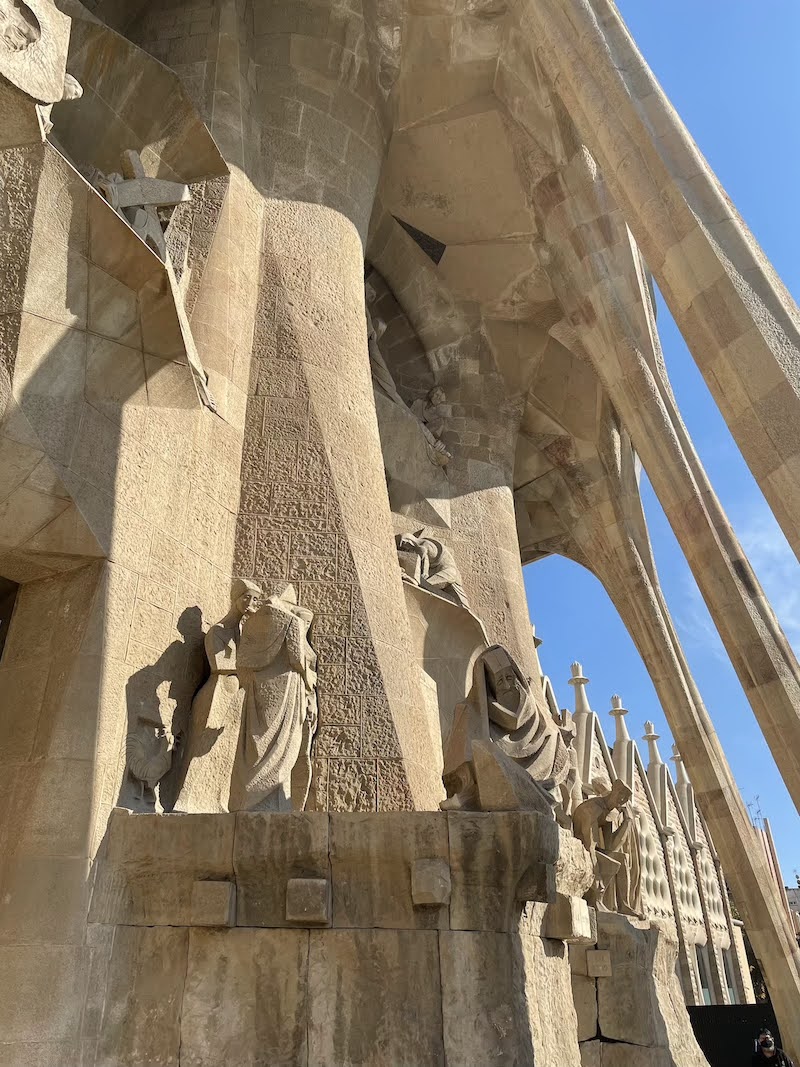 Part of the west side, looking south from the entrance. 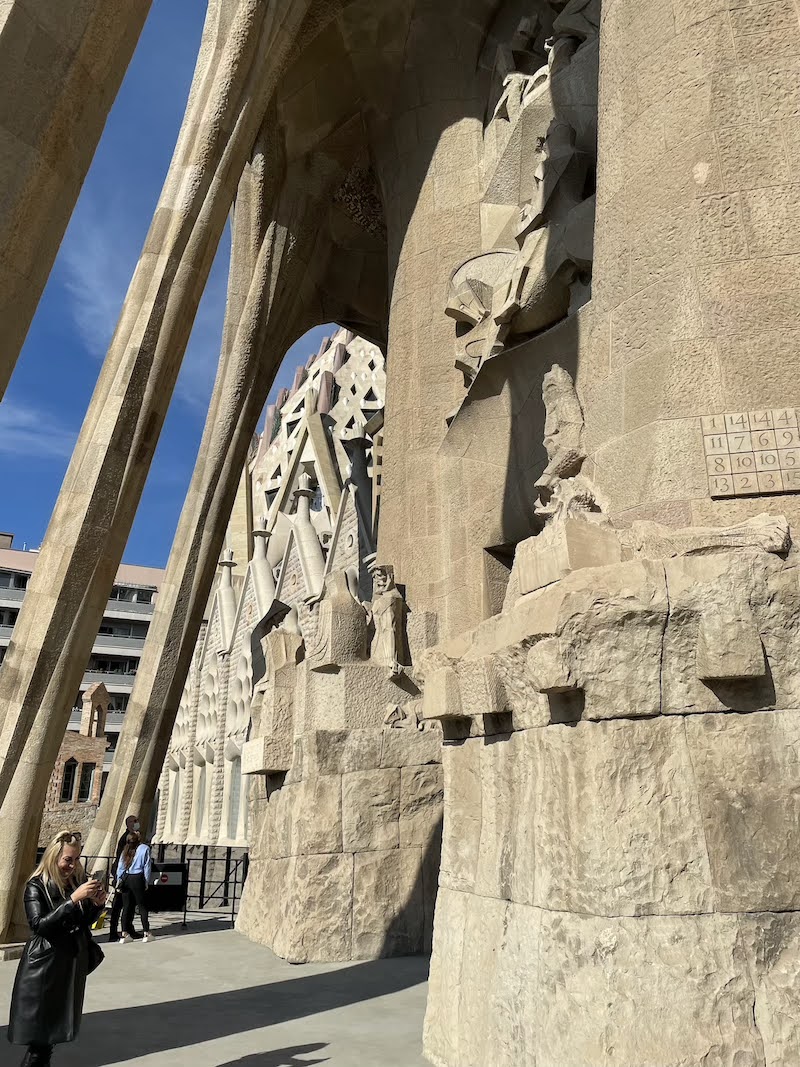 And seen looking north.
Posted by Donald Pittenger at 1:00 AM