Bernard Boutet de Monvel (1881-1949), biographical information here and here, was a leading Art Deco / Moderne era artist.  He is best known for his illustrations and portraits, though those were not all the areas he worked in.

Boutet de Monvel's father was a well-known illustrator of children's books, and Bernard had entry to high society, the subject of portraits and fashion illustrations.
Today's post features some of his drawings that often served as studies or preliminary versions of finished illustrations.  His style is simple, linear, and somewhat geometric due to the straight, ruled lines that were commonly used.

He was very good at what he did. 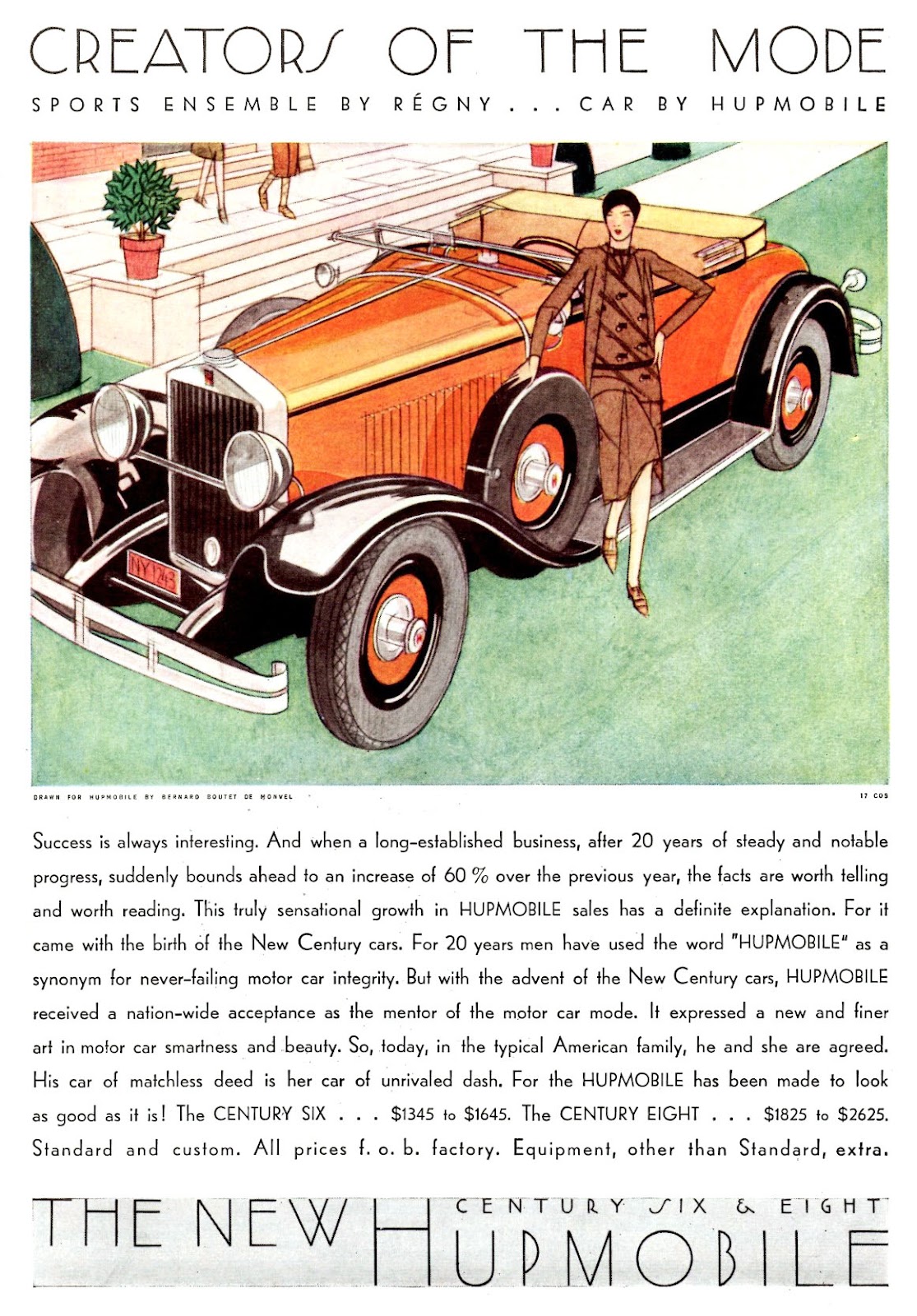 For 1929 model year advertising, he illustrated advertisements for Hupmobile, lending the American brand an aura of French sophistication. 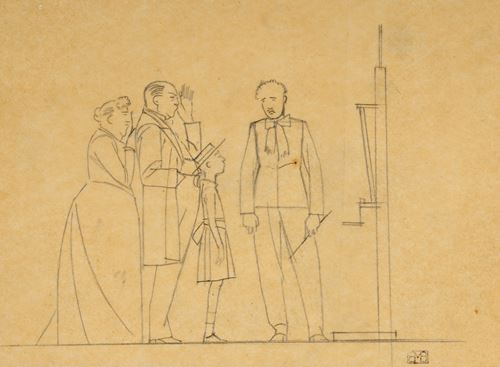 Cartoon of a family inspecting an in-progress portrait. 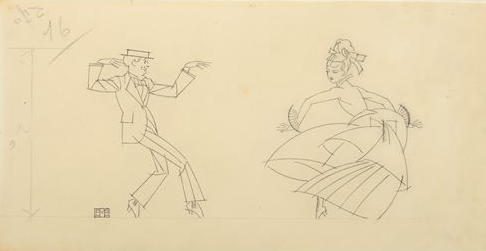 Dancers.  Even though this is a study, he took care to sign it (and all the others). 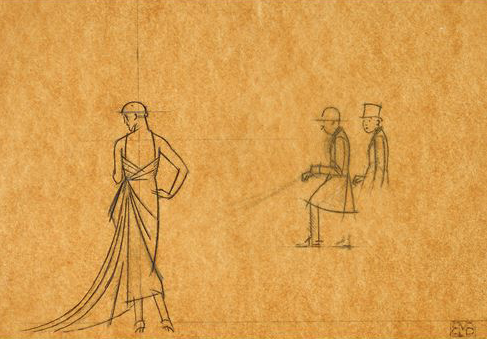 Fashion study at the left. 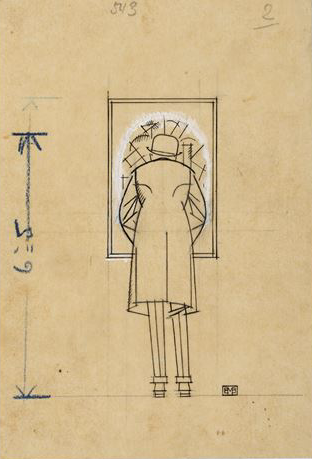 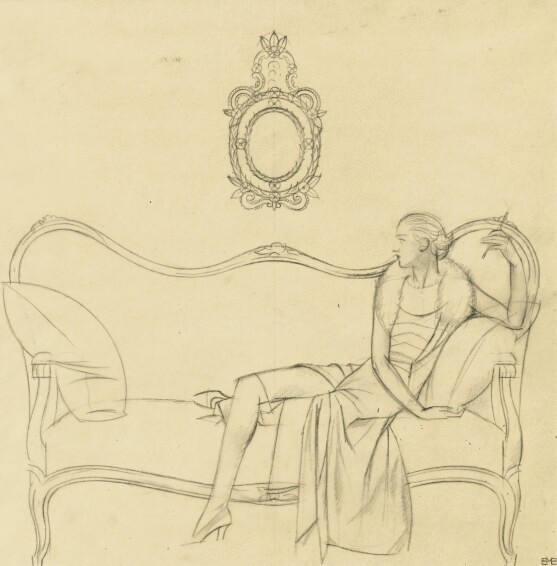 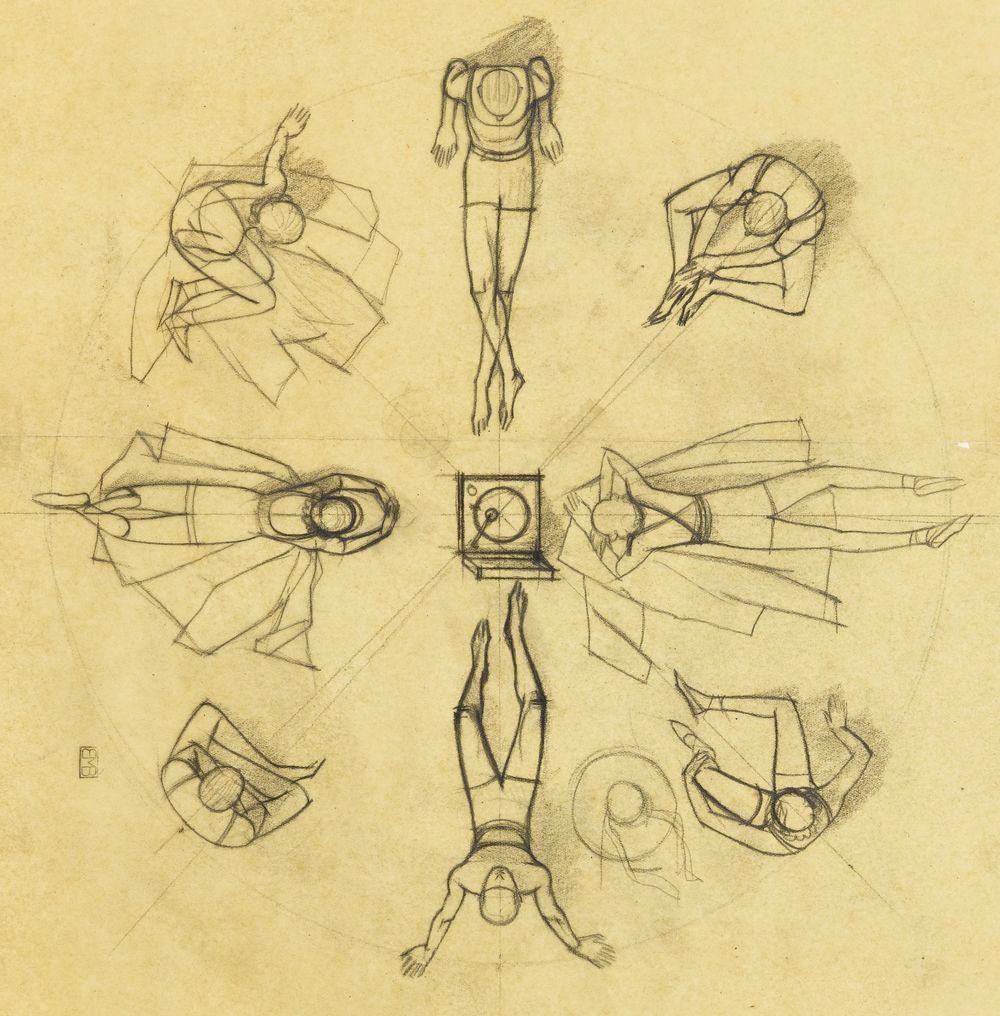 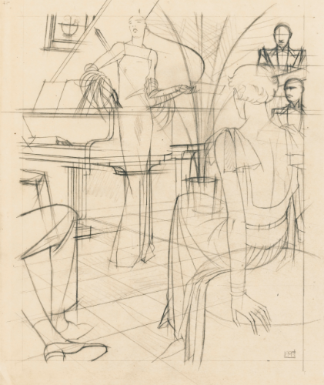 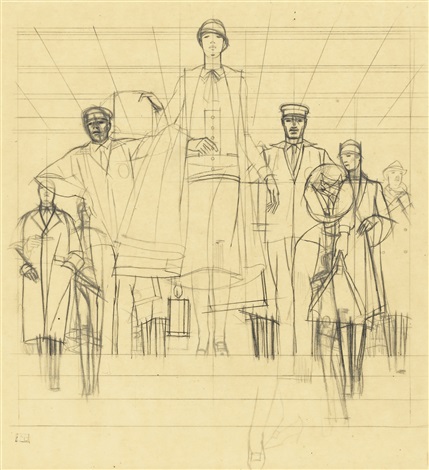 Another Harper's Bazaar study.
Posted by Donald Pittenger at 1:00 AM