Pietro Annigoni (1910-1988), as mentioned here, was one of a small group of Italian artists who signed a manifesto of Modern Realist Painters (pittori moderni della realità) in 1947.

He is best known for his portrait work, though he dabbled in other subjects and media.  Some of his more sketchily-made portraits and studies contain loose, nearly abstract areas, but facial features were strongly naturalistic.

Examples of his portraits are shown below. 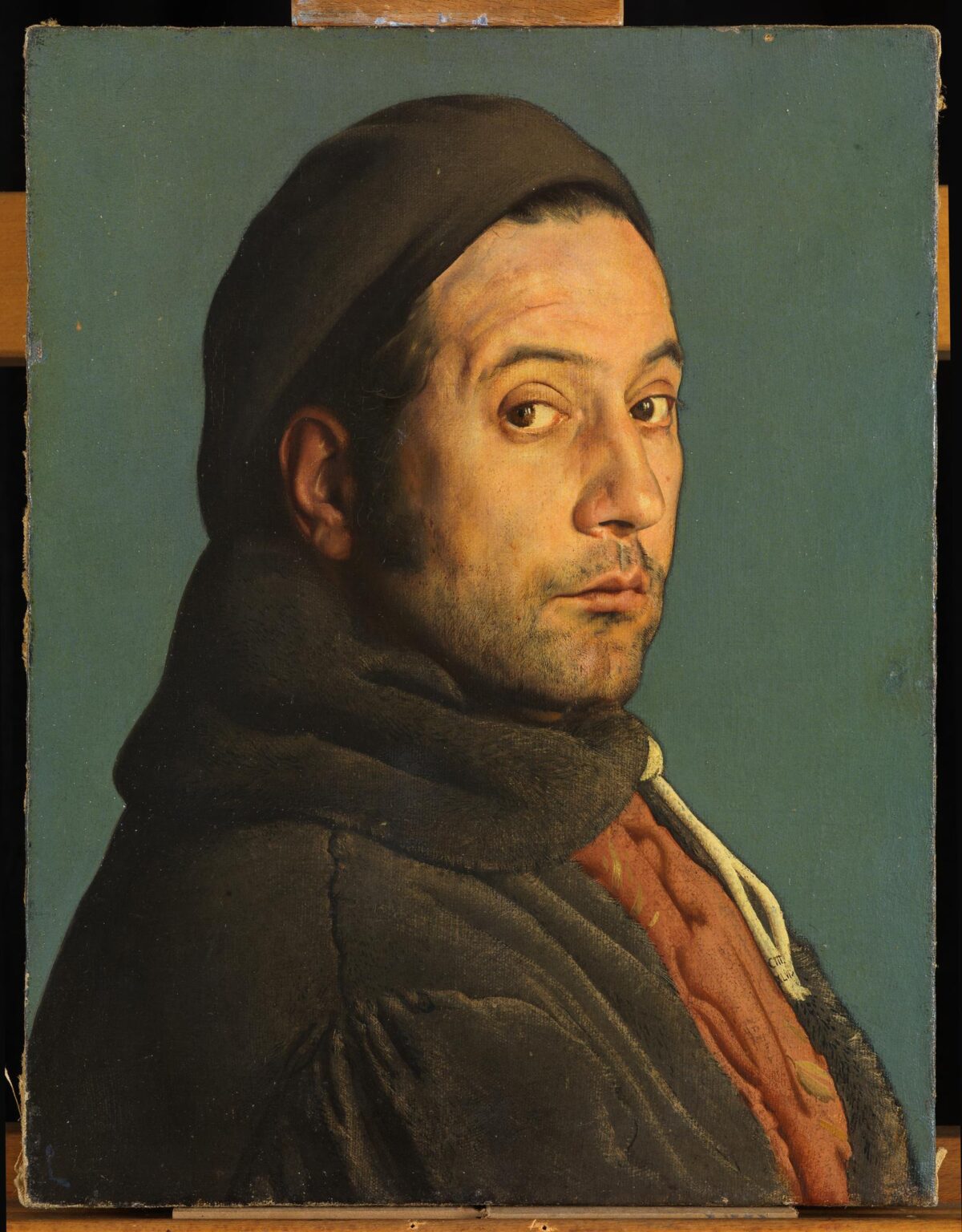 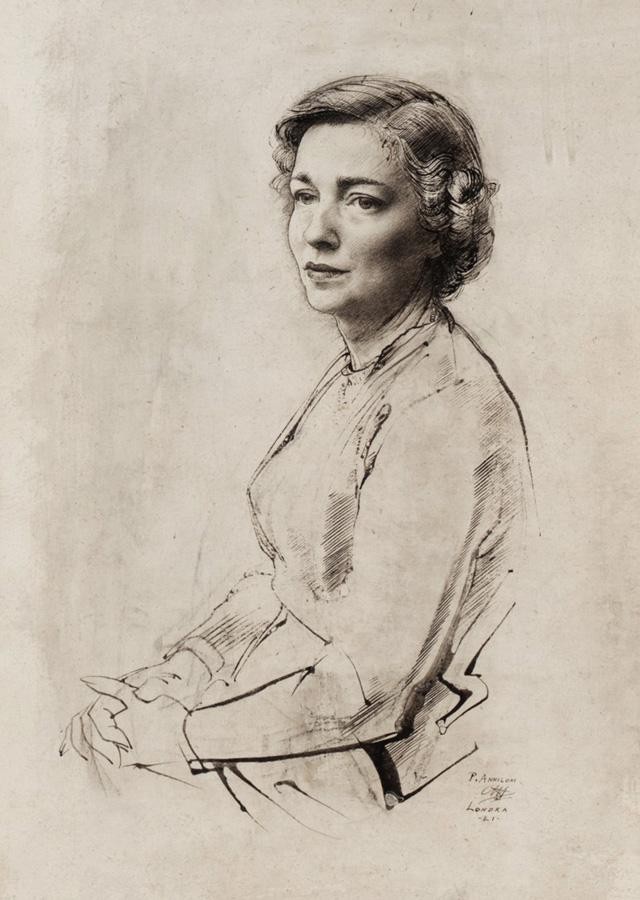 Portrait drawing
Probably a study that focuses on the subject's face, leaving the rest loosely indicated. 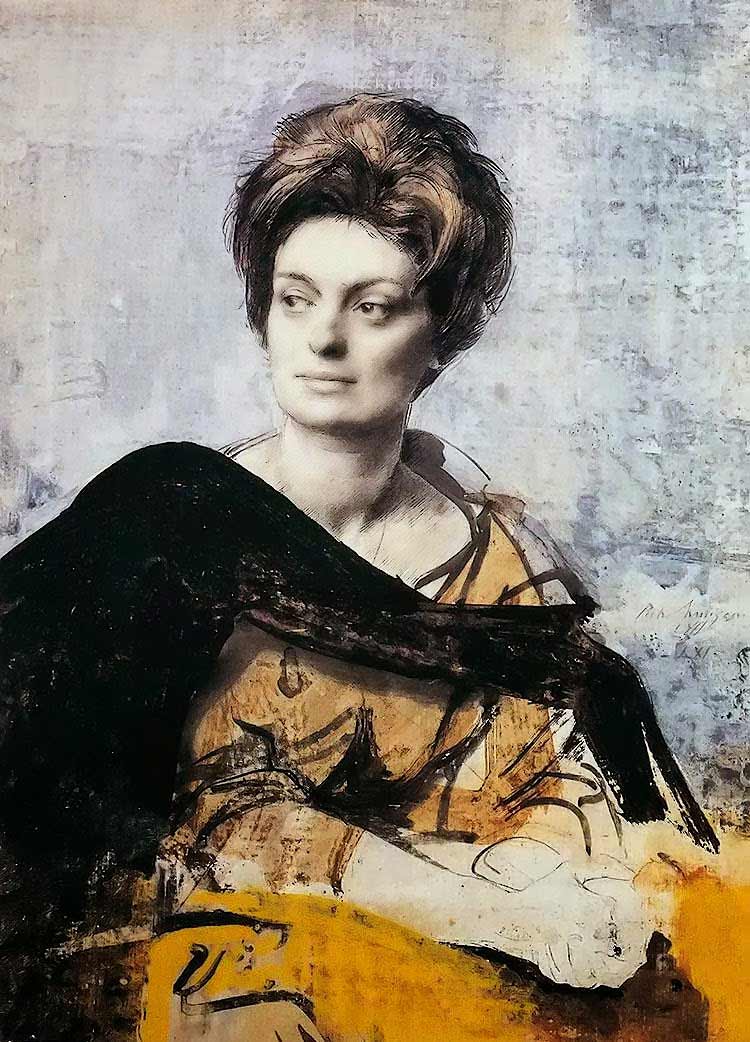 Unknown subject
A similar exercise, but mostly painted (might her head be a drawing?). 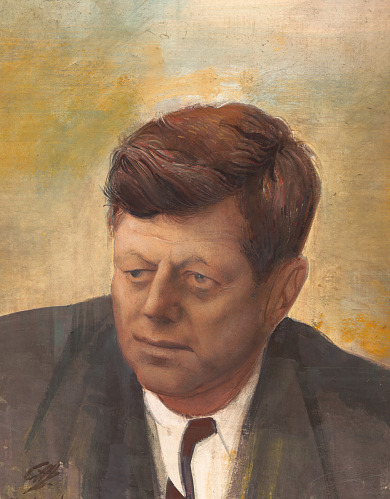 John F Kennedy - 1961
Many Annigoni portraits were painted on wood panels. But this Time Magazine cover portrait is watercolor on paper. 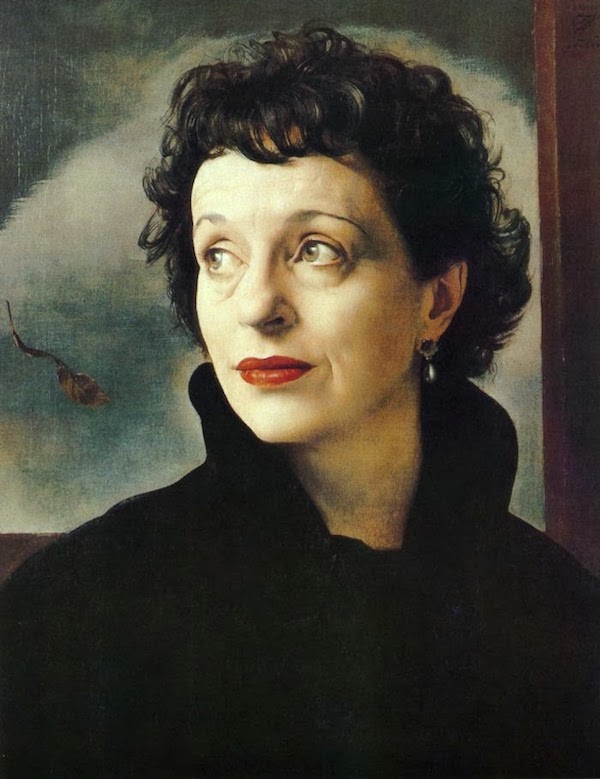 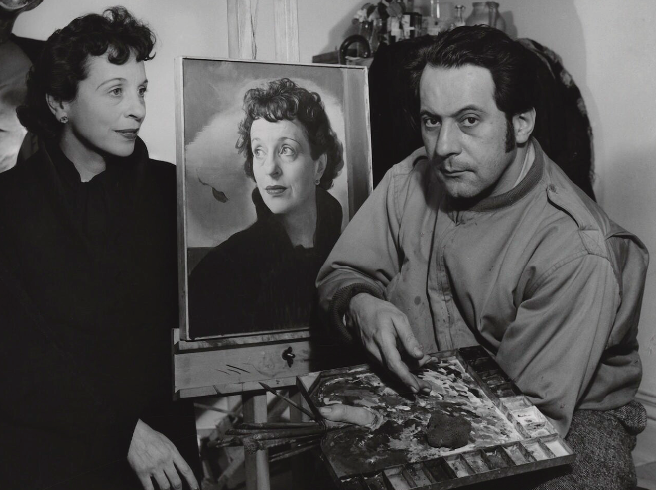 Margaret Rawlings (Lady Barlow) and Annigoni - detail of NPG image - 1951
Yet she seemed pleased enough to pose for this photo with the painting. 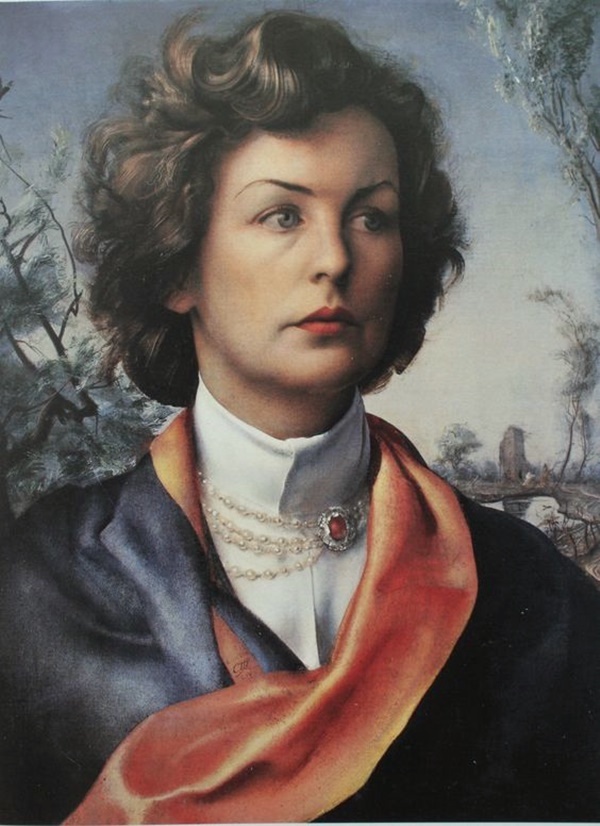 Duchess of Devonshire, Deborah Mitford Cavendish - 1954
One of the famous Mitford sisters. 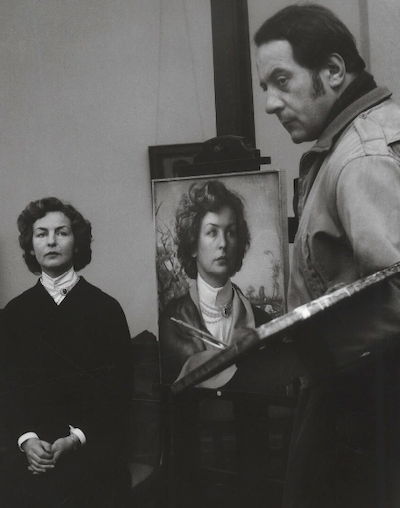 Deborah Vivien Cavendish (née Freeman-Mitford), Duchess of Devonshire; Pietro Annigoni - NPG image detail - 1954
She was about 34 years old at the time, but he seems to have slightly flattered her, unlike the Margaret Rawlings portrait above. 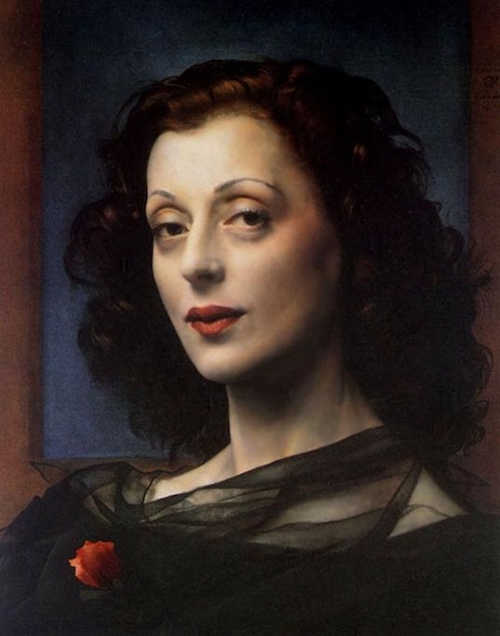 Mrs Woolfson
Cool, yet with drama. 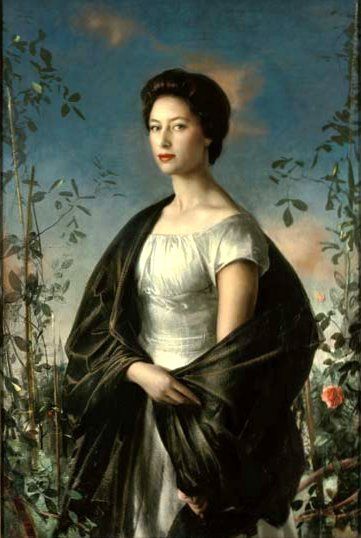 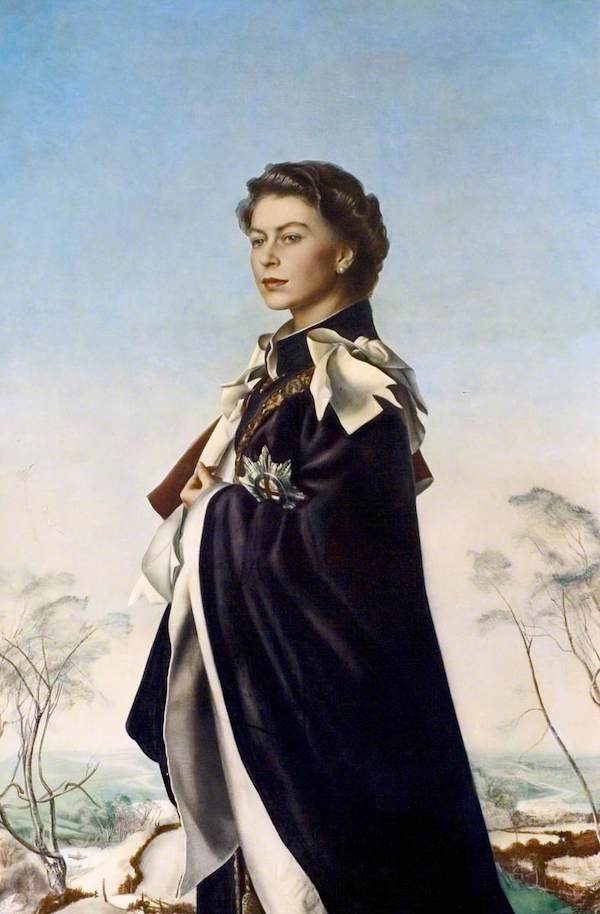 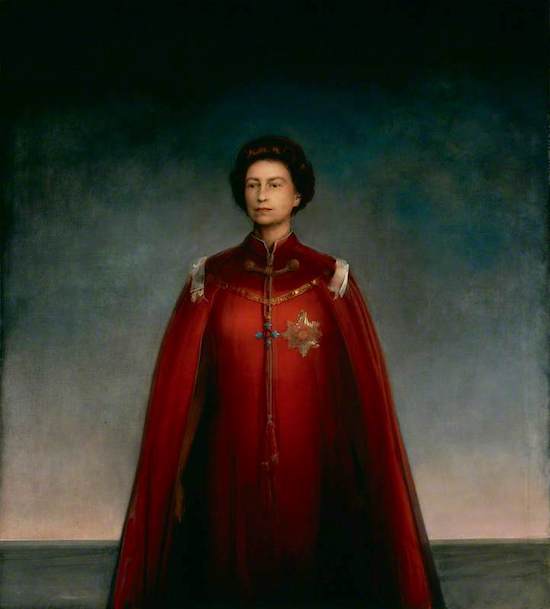 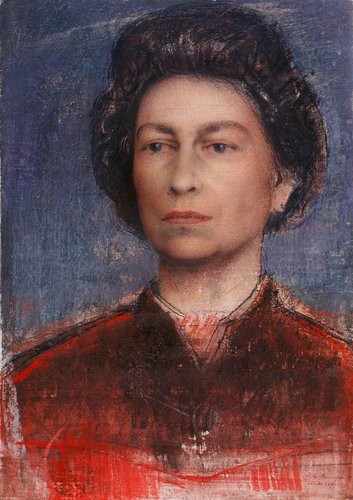 Study - Queen Elizabeth II - Her Majesty in Robes of the British Empire - 1969
Posted by Donald Pittenger at 1:00 AM

I discovered Annigoni way back when I was a student in Rome, when I found an old book of his drawings in a used bookstore. A terrific draftsman. The portrait of Kennedy is inexplicably terrible.

Have you ever heard of the book The Second Assasination of President Kennedy?