Many observers claim Frank Lloyd Wright to be America's greatest architect. Maybe. I think he was the most creative, but creativity doesn't have to be synonymous with greatness.

So if Wright is iffy greatest-wise in my book, then who might be another contender? I nominate Raymond Hood (1881-1934). And as the title of this post suggests, he has claim as America's most competent architect, even if the matter of greatness can be disputed.

I base my contention on Hood's ability to do outstanding work in several styles: traditional, Deco and modernist. Besides his skyscrapers, Hood also designed a resort and houses -- including his own traditionally-designed place in Stamford, Connecticut. Unfortunately, decently detailed biographical material is hard to find on the Internet; for instance, consider his puny Wikipedia entry here. Fortunately, some books dealing with Hood can be found, though no significant ones are recent.

Hood's career was short but brilliant, lasting about a dozen years up to his early death at age 53 when he was associated with the Rockefeller Center project. It's difficult to predict how he might have evolved had he lived another 20 or so years. Certainly the Depression would have curtailed his output, yet he would have been around in time for the start of the post- World War 2 building boom. My best guess, given the flexibility he exhibited in the 1920s and early 30s, is that he might well have out-Miesed Mies van der Rohe in the 50s.

Below are examples of Hood's work. 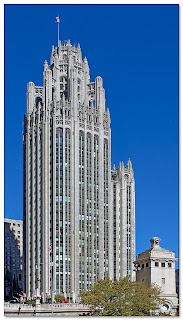 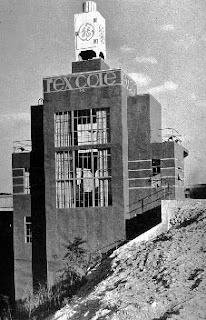 Rex Cole showroom, Brooklyn
Hood designed a few showrooms for appliance dealer Rex Code. The one shown was located in the southwest Brooklyn neighborhood of Bay Ridge. That's a model of a General Electric refrigerator atop the building. 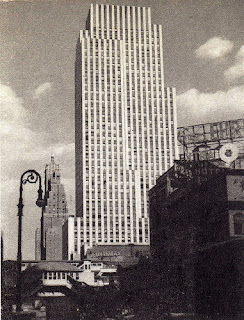 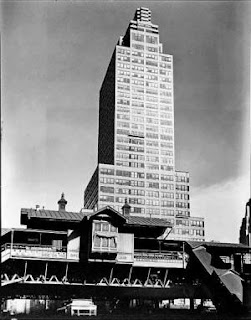 McGraw-Hill Building - 1931
So Hood flipped the emphasis to horizontal for the McGraw-Hill publishing firm headquarters. This was more "honest" for the purists, who then complained the the Deco top decoration was (ugh!) decoration and therefore "dishonest." One just can't win when trying to please the hardcore, it seems. Actually, I never warmed to the McGraw-Hill -- that horizontal windowing motif made it seem stubbier than it really was. Like the Daily News, the McGraw-Hill was on 42nd Street, but towards the west side of town; the station seen here is for the 9th Avenue Elevated.


Even though I clearly like Raymond Hood a lot, there are other architects I find as appealing in different ways. I'll feature them from time to time in future posts.

Posted by Donald Pittenger at 2:57 AM