At least Harris had the advantage of being a member of Canada's most celebrated artistic ensemble, the Group of Seven, a collection of painters he subtly helped financially during their early, struggling years.

Since I started blogging six years ago at 2Blowhards I've been forced by the requirement to come up with new posts to broaden my art history horizons beyond the Received Modernist Narrative that I experienced in college. What I discovered were a good many very good painters who had the art-historical misfortune to ply their trade outside of Paris for much of their careers.

So it is with Harris. I have trouble distinguishing "good" and "great" in everything from spaghetti sauce to portraiture -- at a certain point the evaluation becomes more subjective than ever. Let me just say that I think Harris was very good. And versatile, too. See below. 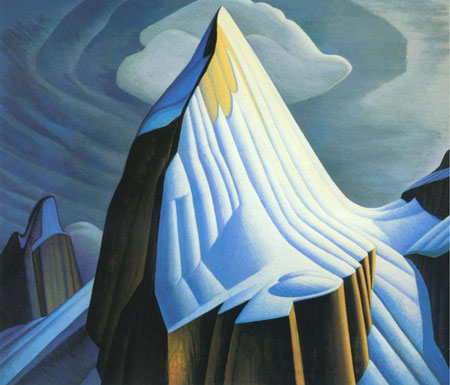 Mt. Lefroy - 1930
Harris painted many landscapes in this vein -- in the same spirit as his near-contemporary Rockwell Kent. 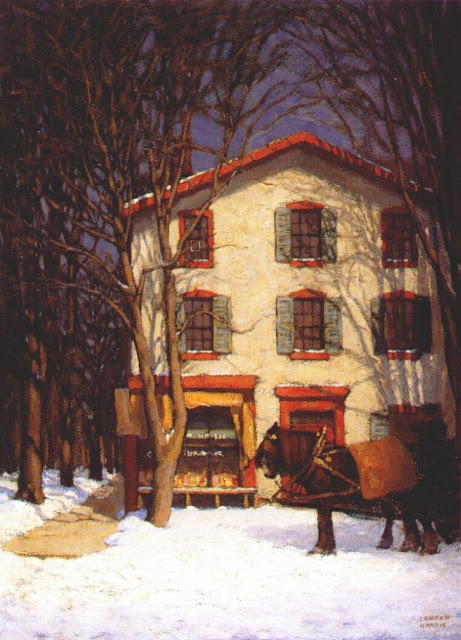 The Corner Store - 1912
An early painting. He also did a number of townscapes. 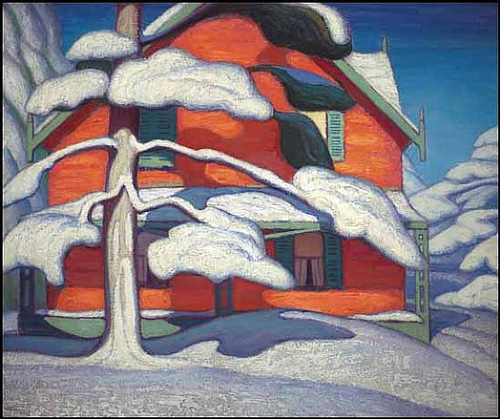 Pine Tree and Red House - 1924
Later on he came up with this blend of townscape and snowy/icy scene. Hard to avoid for a Canadian painter unless you're based in Victoria. 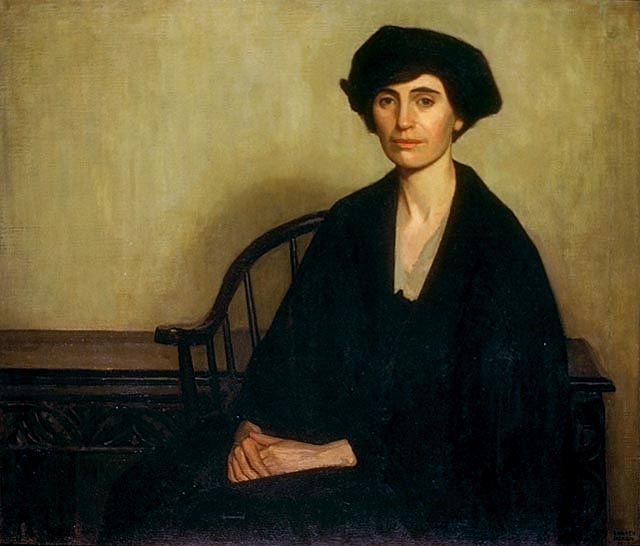 Mrs. Oscar Taylor - 1920
Harris could paint portraits too. This one has a whiff of modernist simplifying, but not enough to overwhelm the subject (as so often happened with other artists of the time). 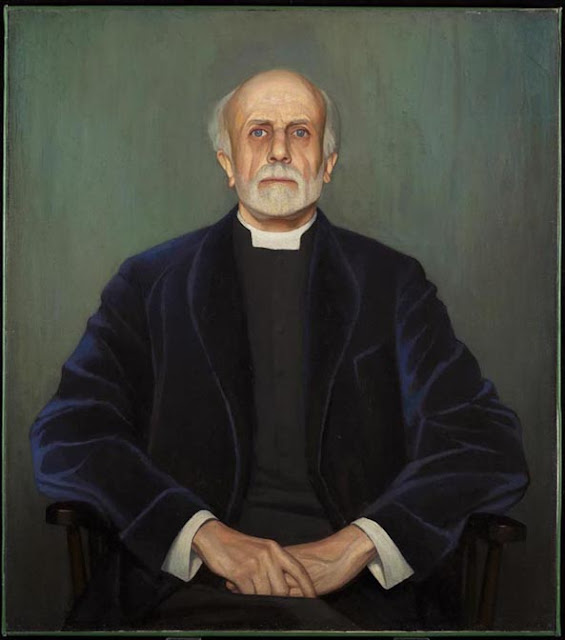 Posted by Donald Pittenger at 2:50 AM

Isn't it interesting that a chap I've never heard of can do such a fine job on a face full-on, and a pair of hands? Once upon a time these defeated famous artists.

Stray thought: did the rise of photography help school artists in portraiture?

dearieme -- They were doing portraits long before photography, so I'd say early portrait photography tried to imitate painted portraits.

From what I read, it's not advised for a painter to copy a photo exactly because he copies the distortions imposed by whatever lens was in the camera. So some artists faced with a busy subject will insist on at least one or two sketch sessions in person and then rely on photos for detail reference.

Of course if the portrait is posthumous (say, doing one of Churchill), there is no choice but to rely on photos.

For the Pine Tree and Red House picture, what type of paints did Lwren Harris use