Once upon a time, the gambling center of the United States was Las Vegas. Alas for Vegas, there are now plenty of other places to find slot machines, gaming tables and such -- often in the form of casinos owned by Indian tribes. This means that Las Vegas has to offer more than gambling to survive.

Restaurants and live entertainment were in place long before serious competition for the gambling dollar emerged. To these were added fancy retailing (I've lost count of the number of Gucci shops in town) and flashy architecture and interiors in non-casino areas of major casino-hotels. Accepting it for what it is, Las Vegas can be an entertaining place to spend a week even though you don't gamble a cent.

Some properties feature themes such as pirates, desert oases, Italian palaces and more. A few are basically modernist, but jazz things up because that's what Vegas patrons have been trained to expect.

Let's take a peek at a few photos I shot recently: 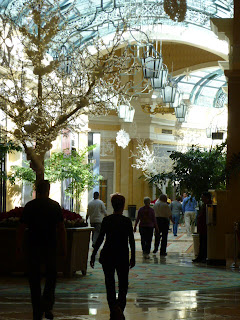 Entrance to retail passage at the Bellagio
I love the Bellagio and walk this passage a lot because it leads to valet parking and skybridges for crossing streets to Caesars or the Paris. The shops? Lovely to gaze at, but well beyond my price-point. 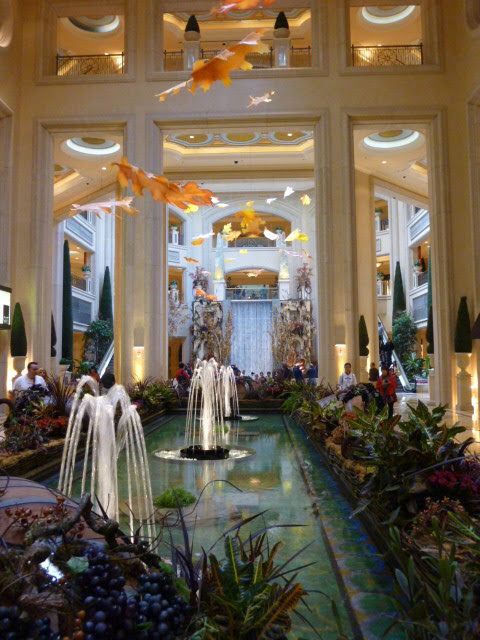 Atrium at The Palazzo
This space, off the gambling floor, is surrounded by shops. 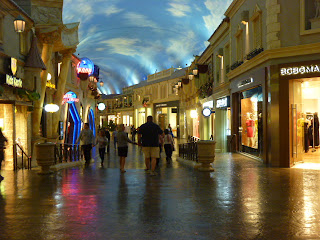 Shopping mall at Caesars Palace
There's a new atrium here, but this photo shows the older area, curved passages lined with shops and a fake-sky ceiling. 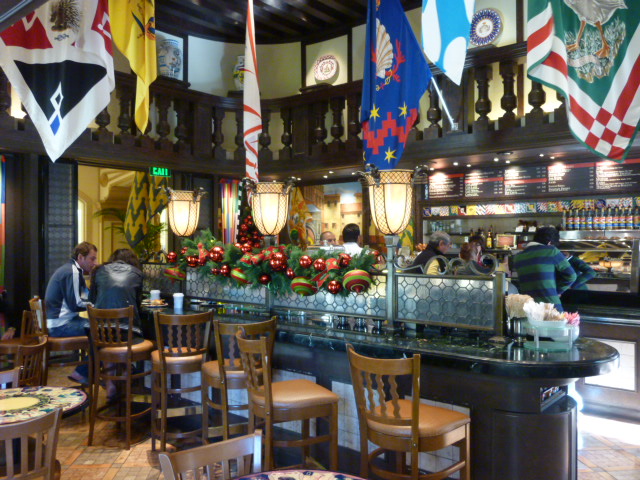 Palio coffee shop at the Bellagio
I grab a cuppa almost every morning that I find myself in the Bellagio. Prices are high, but the Siena atmosphere appeals even though I've never been in town when the horse races are held. 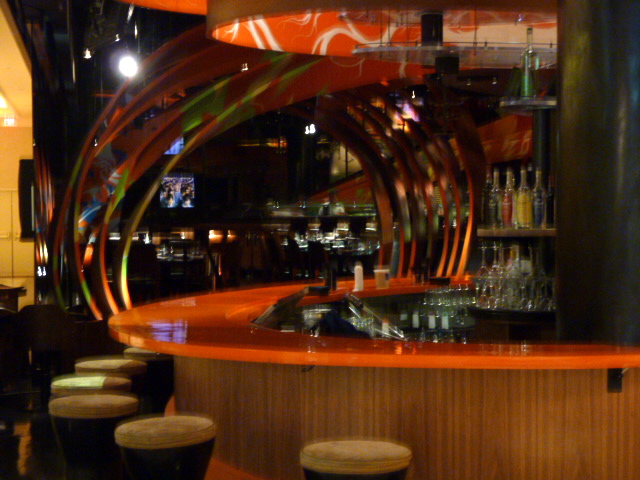 Bar in The Palazzo
As you noticed, The Palazzo is traditional. But this bar tucked at the side of the retail area is modernist, though in a decorated, non-purist way. 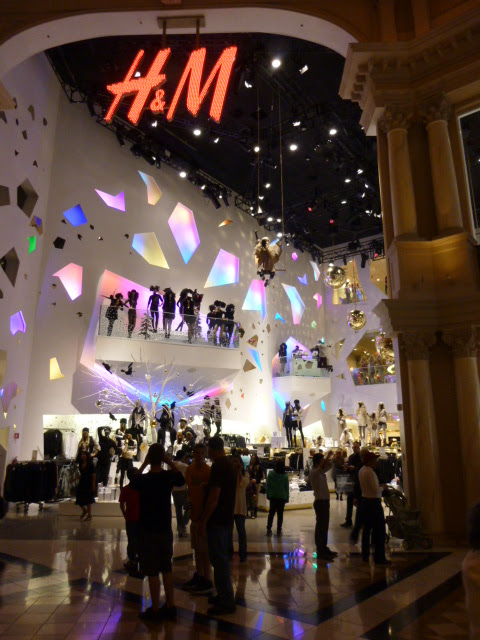 H&M store in the Caesars Palace shopping mall
This used to be a F.A.O. Schwarz toy store, but the Swedes selling inexpensive rags took over Schwarz's space in the older, passage-oriented part of the mall shown a few photos back. Up on the side wall is a DJ playing really loud rock music -- so loud I had to wait in the hall while my wife and daughter checked out the wares. 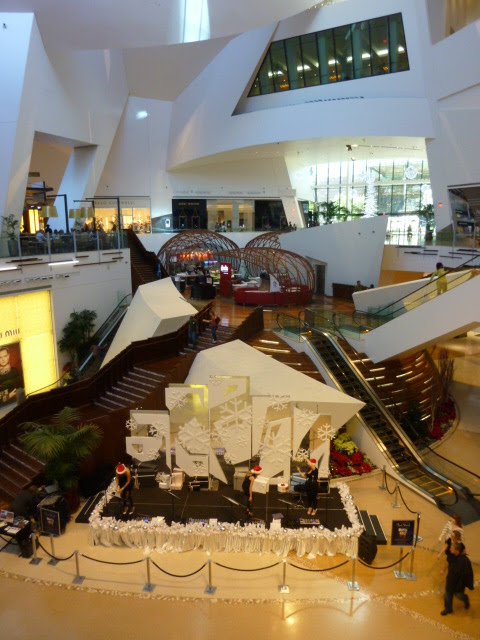 Crystals shopping mall at CityCenter
The huge, new CityCenter project is a collection of buildings designed by a bunch of well-known modernist architects. I consider it a failure in several ways, but will save that discussion for another post. Shown here is part of the interior of Crystals, the ritzy shopping area in the project. Like the Palazzo bar, modernism in its pure form had to be compromised in favor of increased detail to add visual interest to what otherwise would be a pretty dead space (imagine flat, white walls instead of the faceting seen here). Postmodern architecture often follows this same path of jazzing up purist forms without employing traditional decorative detailing. 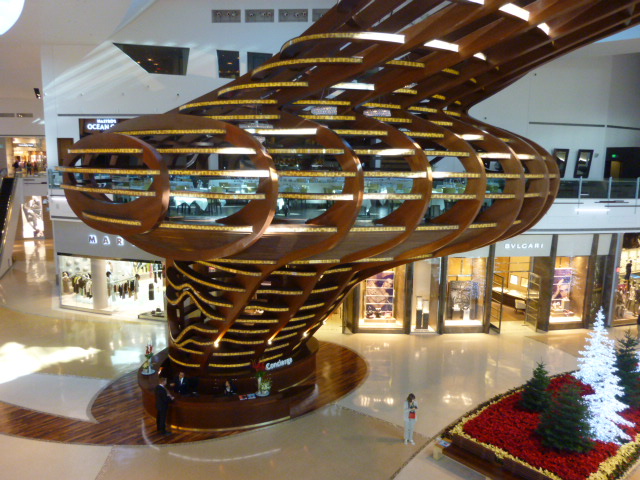 Restaurant in Crystals
Another example of decorative postmodernism is this Crystals restaurant-bar. The use of wood and the enclosed feeling of the wooden elements make it more "organic" than geometric; I wonder if Mies van der Rohe would approve.