Todd White worked on graphic character development in the early days of the SpongeBob SquarePants animated cartoon television program. Then he went on to an apparently successful career making satirical cartoon-like paintings.

I've been noticing his work in galleries in California's arty, affluent Carmel-by-the-Sea for several years now, and the current issue of Carmel magazine (a locally-focused glossy magazine that appears quarterly or thereabouts) contained this article about him which inspired me to write this post.

A sketchy Wikipedia article on White is here, and the biography on his web site here.

White's images are distinctive and can be witty. But they perhaps are best taken in small doses -- something true for the works of many artists who make numerous paintings of similar subjects in a consistent style. For a large dose of White's paintings, here is a page of examples on his web site. And below is a sampling plucked from various Internet sites: 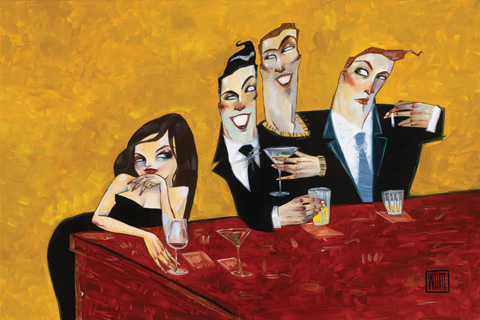 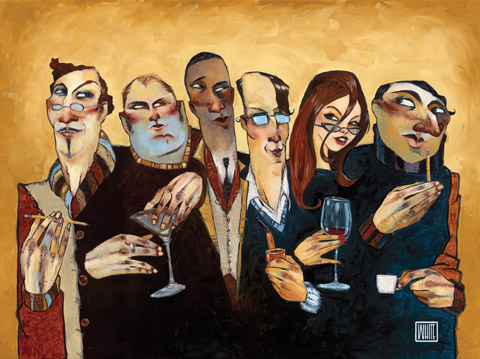 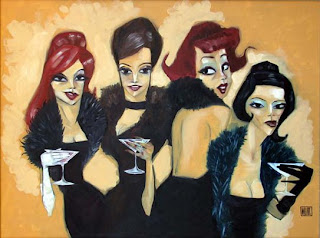 Drinking Boas
Many of White's paintings are bar scenes which gives him license to depict loostened emotions and behavior. 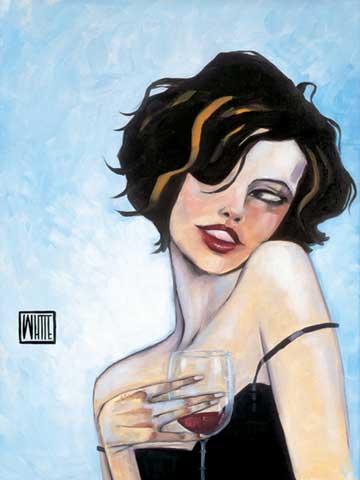 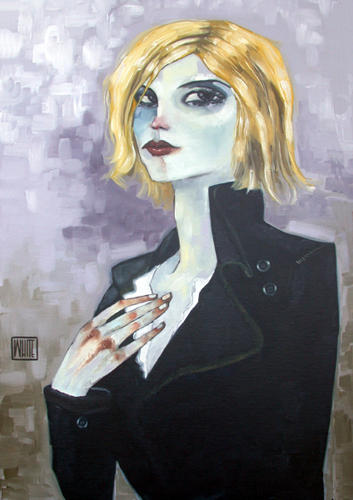 Ballads and Bruises
These two paintings edge slightly closer to straight-up representational depiction. I wonder what would result if White dropped the cartoonishness once in a while.

While I'm perfectly willing to change my mind as time goes on, at this point I don't consider White to be a fine arts painter, his gallery presence aside. Rather, I think of him as someone who could have made a splendid career as a cartoonist for the likes of the New Yorker and Vanity Fair in the 1925-1940 era. Being born 80 years after his time, he has done a good job of surviving in an era not quite suited for him.

Posted by Donald Pittenger at 2:10 AM

"Being born 80 years after his time, he has done a good job of surviving in an era not quite suited for him."

And how many of us can say that about ourselves?