Sex and Sanctity: The Temptation of St. Anthony - 2


In my previous post I featured a sampling of paintings about the temptation of St. Anthony made from the early 1500s to the mid 1900s. I stressed that most of the artists probably had a fine time dealing with the subject because they could include images of pretty (and usually naked) women packaged with a pious theme of self-denial for the sake of living as Jesus suggested.

It turns out that the subject was so juicy than some artists tackled it more than once. The present post features cases where artists painted two versions of the Temptation. 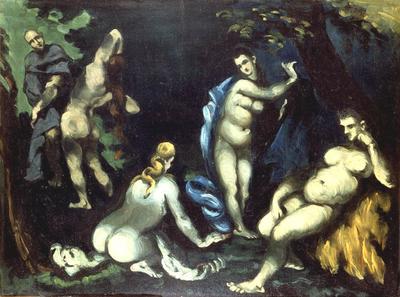 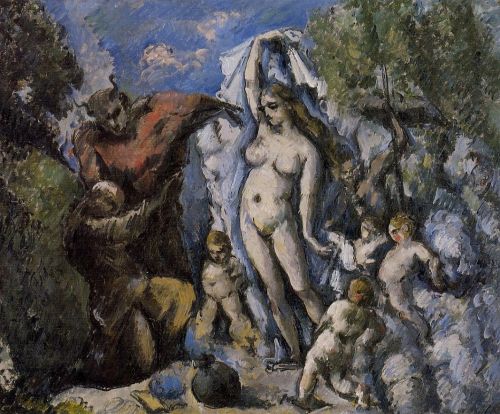 By Paul Cézanne - 1875-77
Poor Cézanne could barely draw, and in my contrarian judgment, didn't paint very well either. In the days before settling in on creating pre-Cubist landscapes he dealt with a variety of themes including St. Anthony. 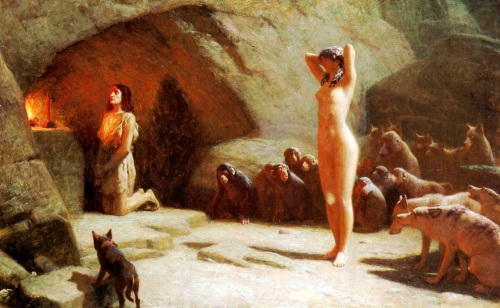 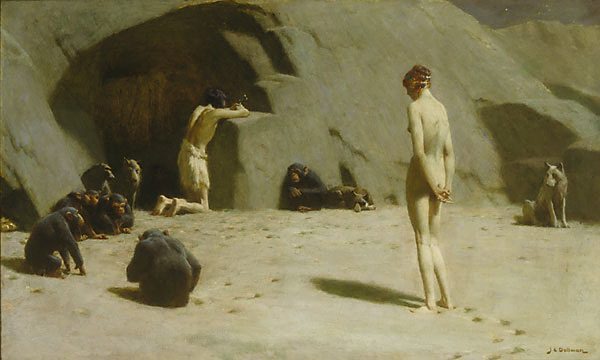 By John Charles Dollman - c.1925
Dollman (1851-1934) was a British painter and illustrator (Wikipedia link here) I hadn't been aware of until researching for this post. The upper painting's nude woman strikes me as odd; I can't tell if Dollman left her not quite finished or whether the unfinished appearance was purposeful. The 1925-vintage painting has a crisply-rendered nude, but unlike so many other depictions of St. Anthony's temptresses, she is shown as passive rather than sexually aggressive. 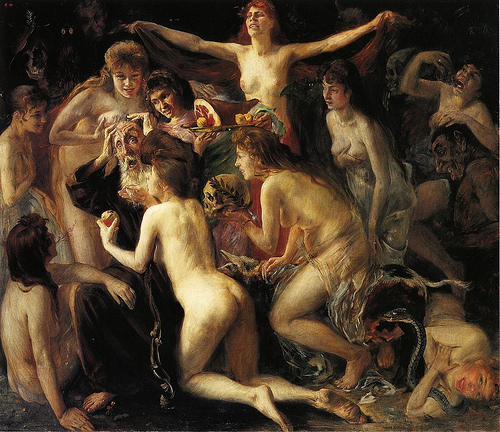 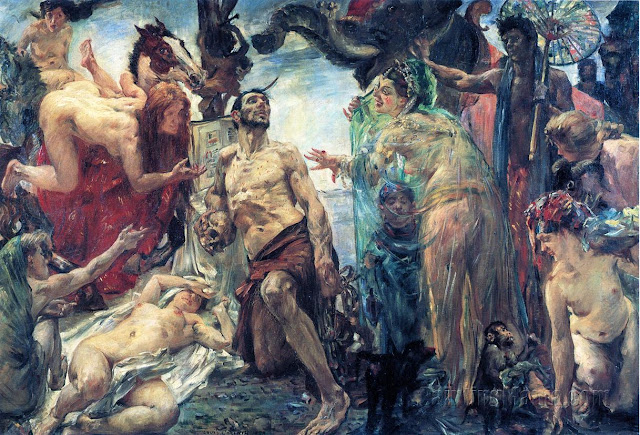 By Lovis Corinth - 1908
Ah, Corinth! I wrote about him here in the early days of this blog. During the first part of his career he tossed a lot of what might as well be called pinups into his paintings. And he certainly did so when it came to St. Anthony.

The chimpanzees featured so prominently in Dollman's paintings don't entirely make sense. No doubt they're meant to represent the wild animals in whose guise the devil appeared, but as jungle animals they scarcely fit in with Anthony's desert retreat. It's not as if Dollman were unaware of their habitat, as his son Guy was a famous zoologist, and was active at the time his father made these paintings.