Frederick Varley (1881-1969), although born and raised in England, was a member of the Group of Seven, long considered archetypical painters of Canada and the subject of a recent book by Ross King.

Group of Seven artists focused on landscapes along with some city- and townscapes. Varley, however, is known mostly as a portrait painter. His personal life was chaotic. He usually quickly spent whatever money he received from painting sales on himself rather than on his wife and children. Plus, he had a number of extramarital affairs and became an alcoholic.

Despite all this, he was a strong painter who produced interesting work. Here are some examples paintings completed by around the time he was 50. 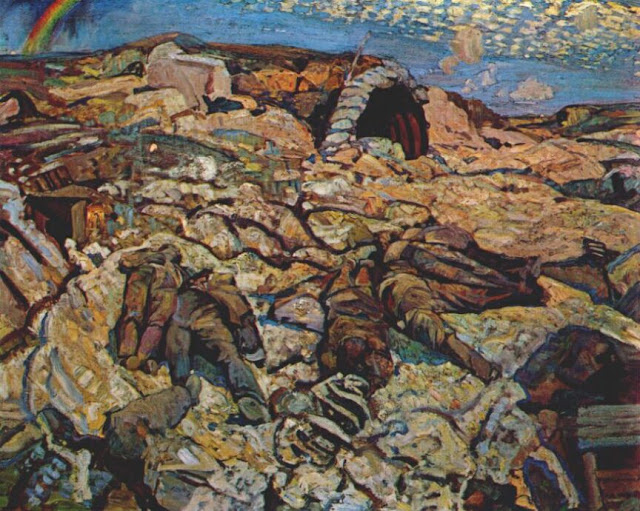 The Sunken Road - c.1919
Varley was one of a group of Canadian painters who were commissioned as war artists. He spent a little time at the front just before the Great War ended and did his paintings based on on-the-spot sketches in a London area studio.

Stormy Weather, Georgian Bay - 1921
This is one of his outdoor paintings. It is similar in character to what the rest of the Seven were doing at the time. 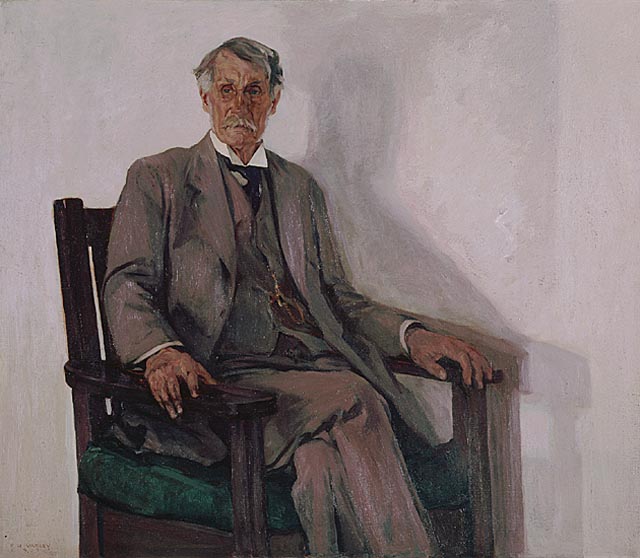 Sir George Parkin - 1921
A formal portrait that has a tinge of modernism to it. The previous year he painted a career-enhancing portrait of Vincent Massey, later the Governor-General. Unfortunately, I couldn't find a copy on the Web. 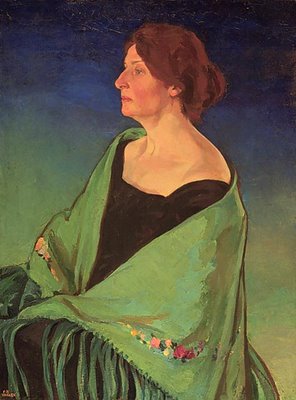 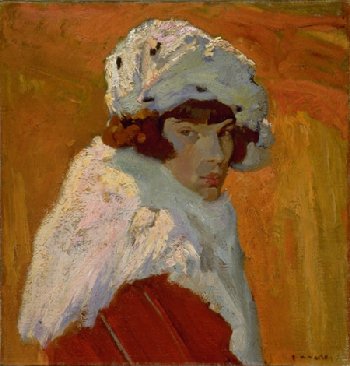 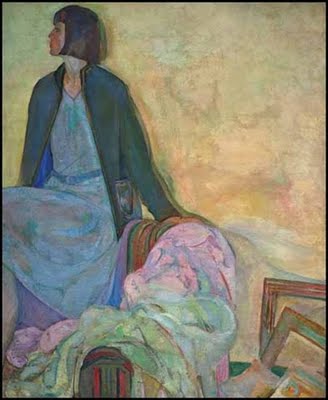 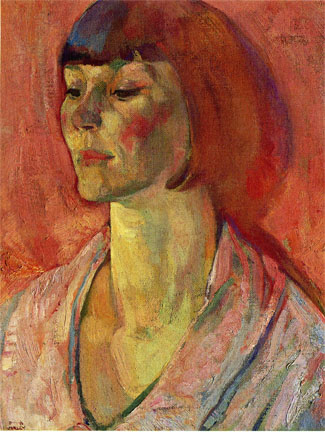 Norma
I haven't discovered who Norma was, but she might have been one of Varley's Vancouver students. I sometimes mention that I'll accept exaggerated or even unnatural colors on a painting if the drawing is good. Norma's neck seems too long in the lower image, but otherwise the basics are done well enough. 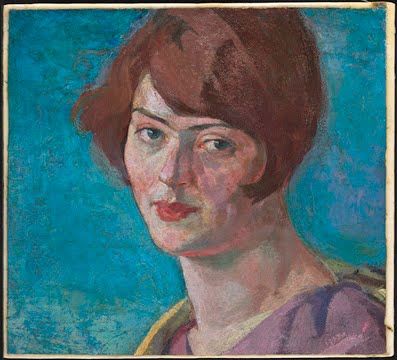 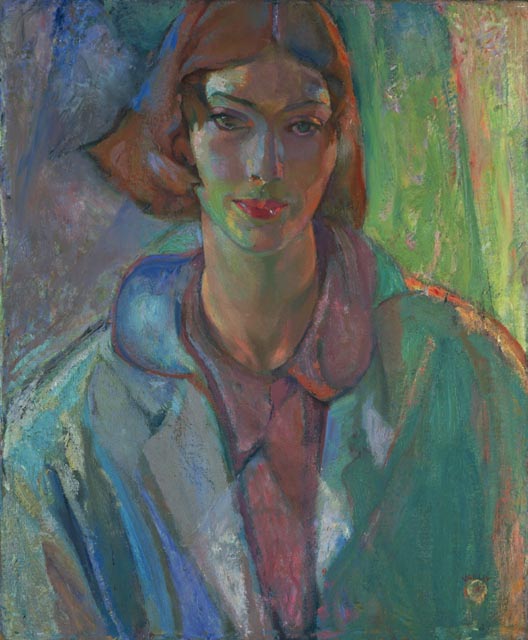 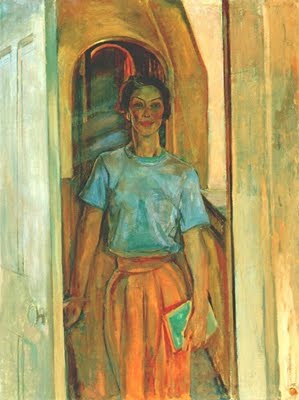 The Studio Door
The three paintings above are of Vera Weatherbie of Vancouver, subject of Varley's paintbrush and intentions, though she later married someone else. The image in the middle is particularly striking and has been used as illustration for book covers.

Posted by Donald Pittenger at 1:25 AM

Hi there, Might you know the dimensions of any of these paintings? I am interested in the red portrait of Norma.

Melindy -- I'm in southern California for another couple of weeks and away from source material, so I can't find out if that material has dimensions.

You can Google to see if there's a source that might have it.

Otherwise, most portrait painters will have a head a little smaller than reality. You might guess he sized it at 6 or 7 inches and then estimate the overall dimensions from that.

Norma was indeed one of his students and my great aunt. Her mother was reluctant to let Norma pose for this man. He had to ask her permission and reassure her that his intentions were honorable. Norma was a wonderful artist in her own right and that natural ability flows through to her daughter and granddaughter today. His influence has been multi-generational.

vldorin -- Interesting that her mother knew or sensed Varley's character. Would you mind telling us Norma's full name?

True virtuosity. Genius. Tremendous use, unique use of the colour palette. Van Gogh like. But unique. Elicits emotions in the viewer the sign of a true great artist.