In the Beginning: Walter Sickert


Guess what: it's Old Switcheroo time again at In the Beginning. Normally I contrast an artist's early style with the mature style he's generally known by. In the case of Walter Sickert (1860-1942), it's hard to pin down what his mature, best-known style actually was. That's because he ran through a number of styles that, to my mind, never really amounted to a progression or evolution. Moreover, I can't think of a style that gives me an "Aha! Sickert!!" reaction aside from perhaps those blotchy nudes he painted partway into his career.

Worse yet from my standpoint is that I can't seem to get enthused about any of his paintings: some seem simply okay while the rest are forgettable. Why don't I like his work? That's hard to express. For now I'll just say that they usually strike me as being too messy looking.

But don't let poor, ignorant me influence your judgment. Read the Wikipedia entry linked above for some background and take a look at the selection of images below while deciding for yourself. 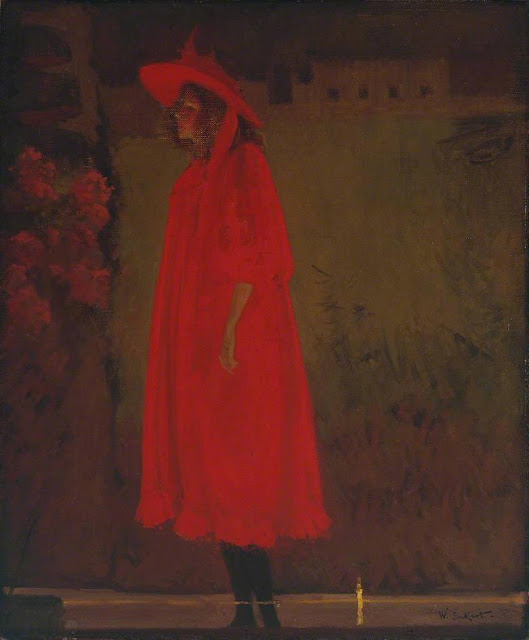 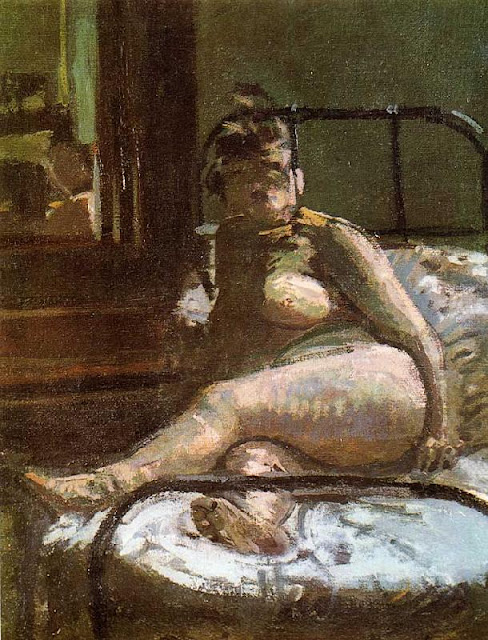 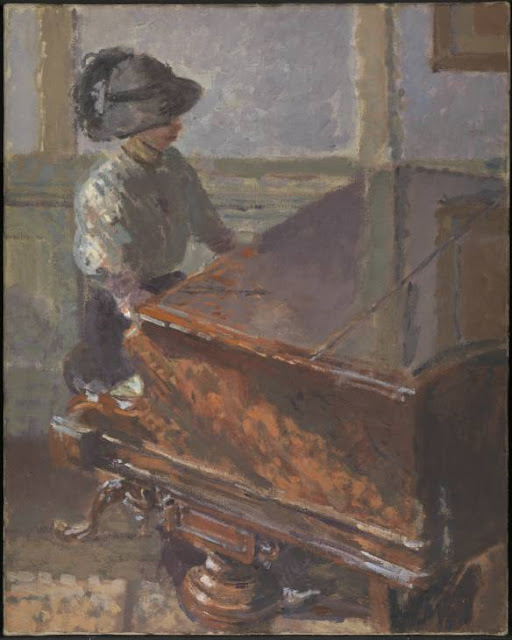 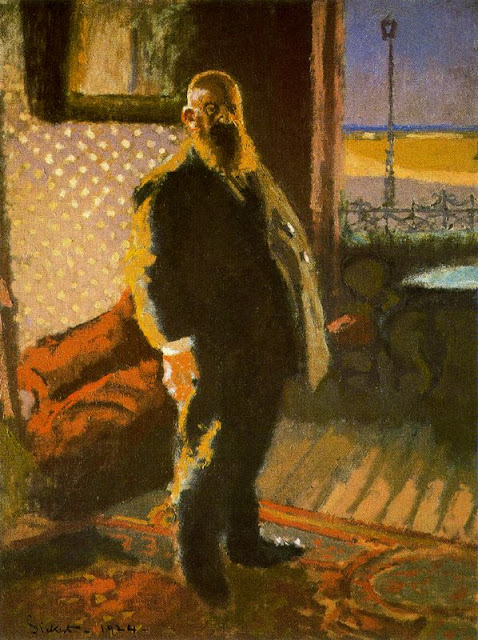 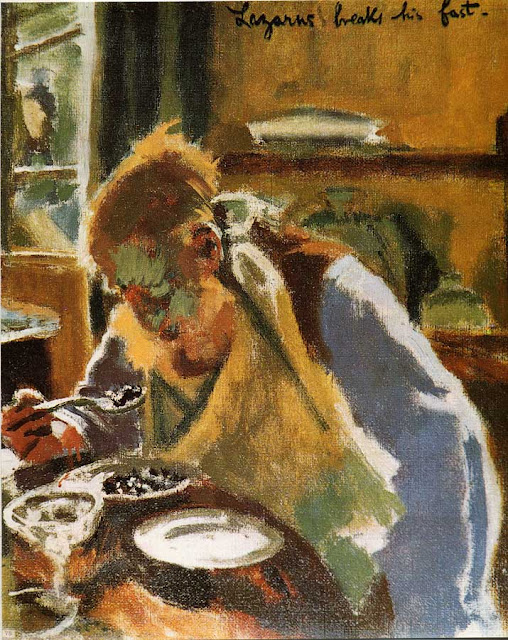 Posted by Donald Pittenger at 1:45 AM