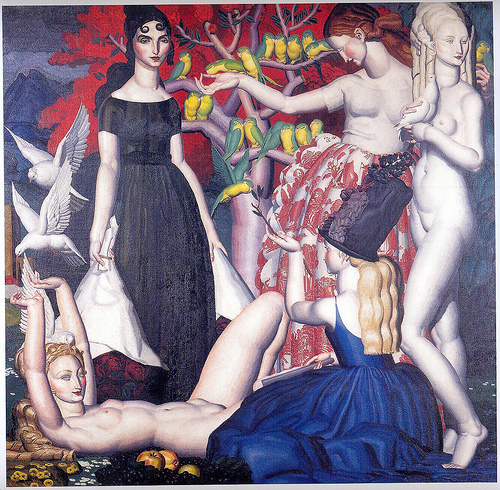 The painting shown above is Les Perruches, c.1925, by Jean Dupas (1882-1964) who, along with Tamara de Lempicka and perhaps a few others, epitomizes Art Deco art. A short Wikipedia entry is here and a more extensive biography is here.

It seems that Dupas was very well-trained, but chose to earn his living more in commercial art than in fine arts. As for the latter, he was a muralist as much as he was an easel painter.

Dupas' commercial style is distinctive in that he regularly drew women with long necks and often with narrow, aquiline noses. And although it was hardly Deco fashion, he sometimes gave his women elaborate hairstyles and hats evoking fashion of 200 years earlier. 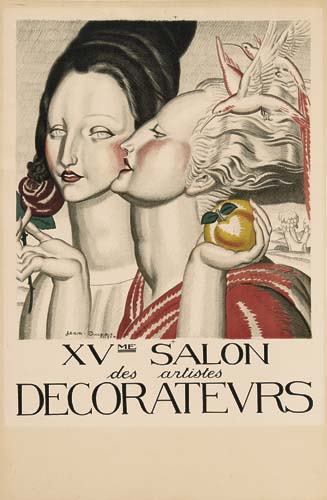 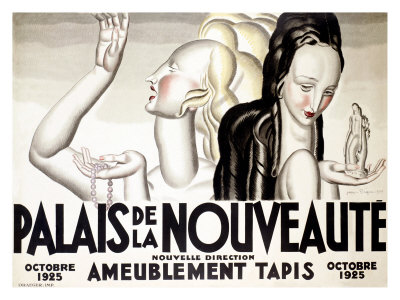 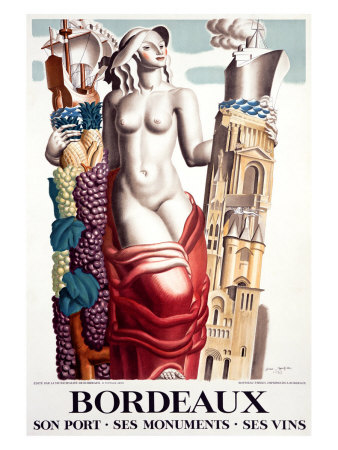 Bordeaux poster - 1937
Dupas was born in Bordeaux, so might have put more heart than usual into this poster. 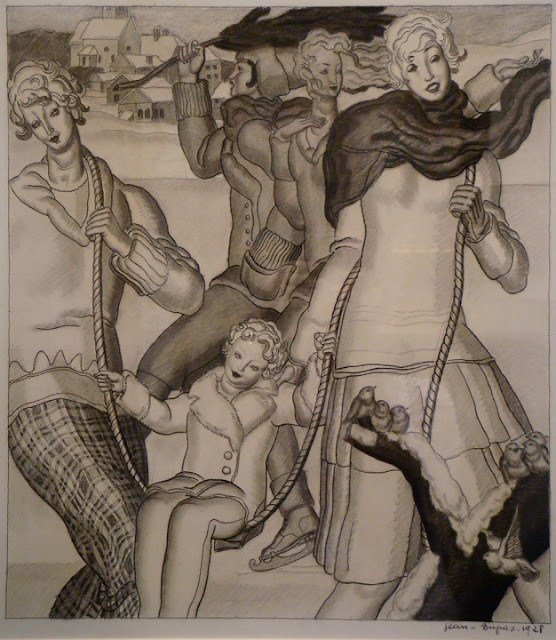 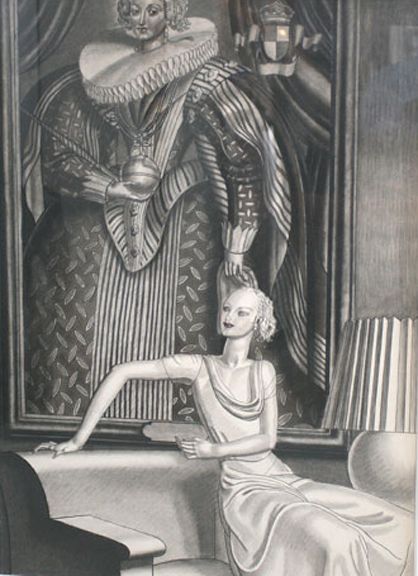 Woman seated in front of portrait 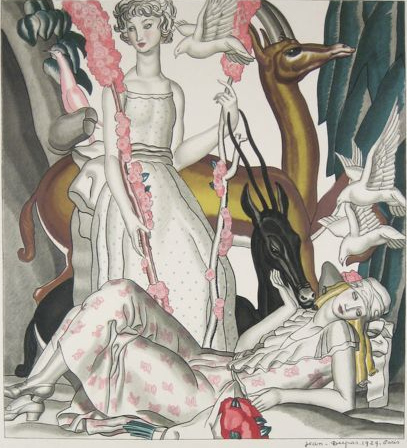 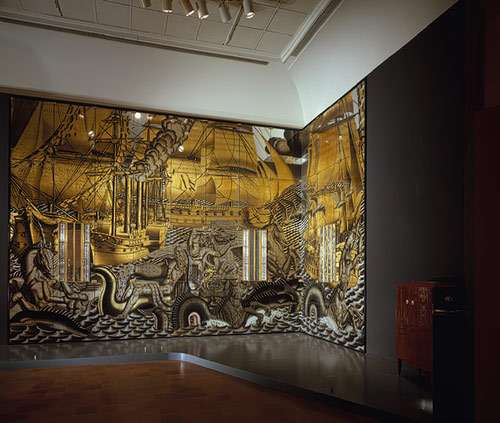 History of Navigation mural from the Normandie - 1934
A link with information about the mural is here. 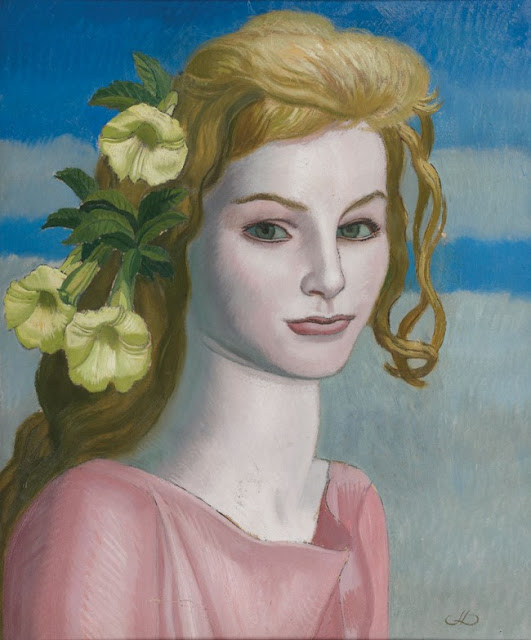 Jeune fille aux fleurs
This seems to be a later work -- say, from 1940 or later, given the hair style of the subject.

Posted by Donald Pittenger at 1:35 AM

Have you been to Napier in NZ? It might be worth visiting before an earthquake demolishes it again.