"Back to the drawing board" has become an extremely expensive option for airplane designers and manufacturers, given the complexity of modern aircraft. Rather than coming up with an entirely new model to meet customer demands, builders nowadays routinely modify existing designs until technological advances demand an entirely new product.

The Douglas company was following this strategy as far back as the 1940s and 50s with its series of four-motor prop-driven airliners ranging from the unpressurized DC-4 through the DC-6 and DC-7 models. So when turbojet-propelled airliners came on the scene near the end of the 1950s, Douglas was careful to plan its planes to have most of the fuselage as a uniform-width tube. If airlines demanded more seating capacity, it was comparatively easy to add sections to the fuselage to increase length. This was done with the DC-8 jetliner and carried out to an even greater extent for the DC-9. I don't have statistics handy to prove it, but I strongly suspect that the DC-9 was stretched relatively more than any other airliner over its production run and name changes.

Shown below are the original DC-9 and the MD-90 which exemplifies the ultimate stretch (final-production Boeing 717s were about the same size). 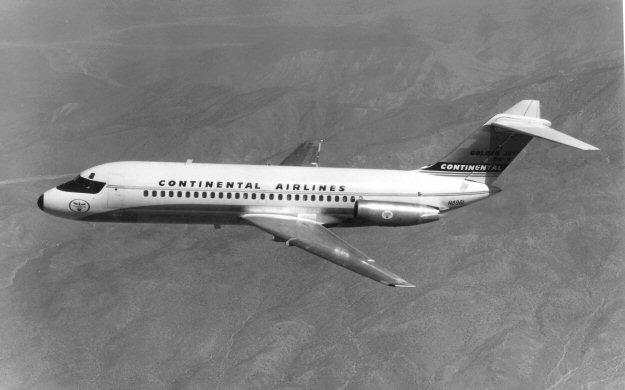 Information regarding the DC-9 series can be found here. The DC-9-10 pictured above was designed as a short-haul airliner with a moderate seating capacity of 70 to 90, depending on whether a first-class section was available. Fuselage length is 92.1 feet (28.07 m) and range was around 1,000 miles on average. The first flight was in 1965. 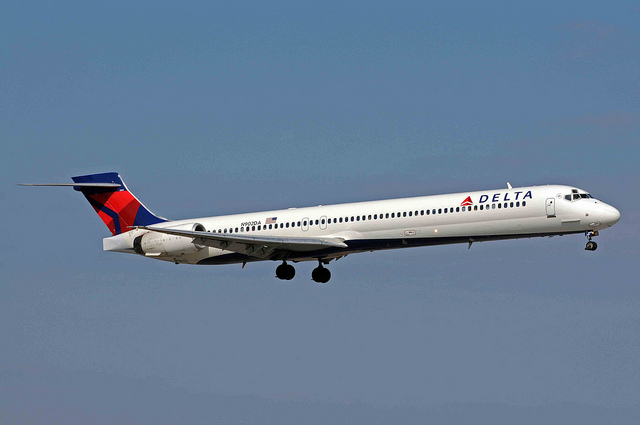 The MD-90 first flew in 1996, more than 30 years after that of the DC-9. Its length is 152 ft 7 inches (46.5 m), though this statistic might include part of the tail as well as the fuselage itself. According to the Wikipedia link, its capacity was 153-172 passengers depending upon availability of first-class seating. Range was around 2,500 miles.

The MD-90 was in many respects a different aircraft than the original DC-9-10. It had larger, more powerful engines and a different wing. Similarities centered on the fuselage. The cockpit window arrangement was essentially the same for all versions and all featured five-abreast seating for coach class with three seats on one side of the aisle and two on the other.

Note that the strongest visual difference is the length of the fuselage forward of the wing, the MD-90 having wings set seemingly ridiculously far aft. The arrangement was necessary; the long nose was needed to balance the weight of the large, heavy engines at the rear.
Posted by Donald Pittenger at 1:00 AM