The present post deals with Frank E. Schoonover (1877-1972), a student of Howard Pyle. Additional information on Schoonover can be found here, here and here.

Featured here is "Woefully Exhausted as He Was -- His Brain Was Clear: Darby's Friend" an illustration (also known as "Trapper and Mac") for the story "Mac battles for the Code" by Hubert Reginald Evans in the "American Boy" magazine's February 1929 issue. 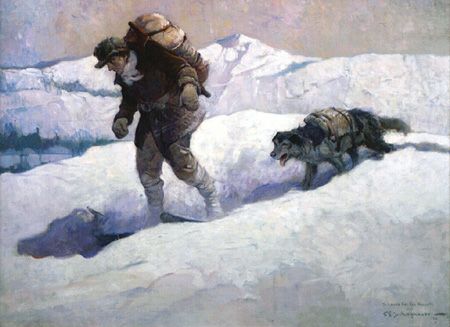 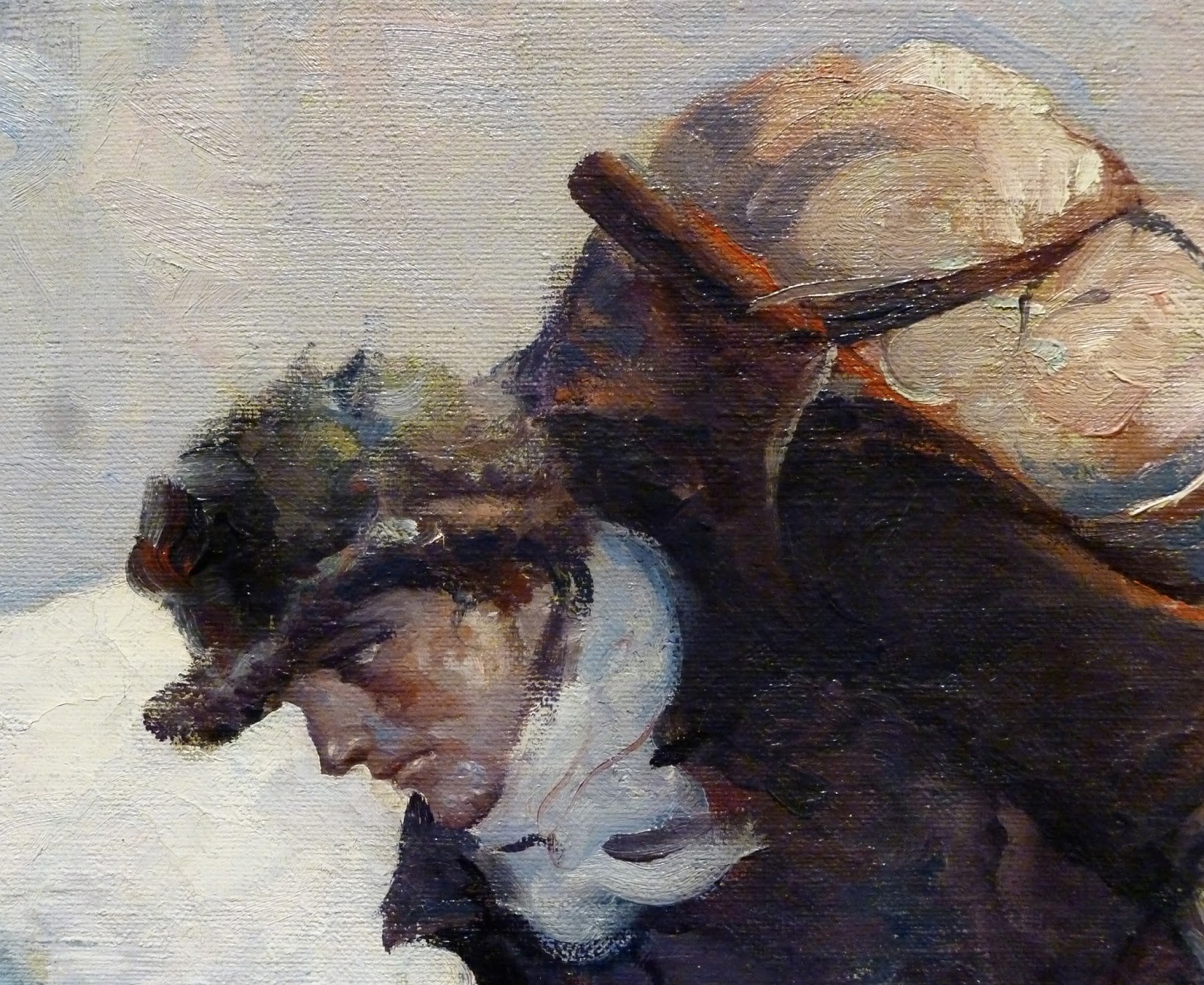 Schoonover was older than the other illustrators from the Kelly exhibit shown in this Up Close series. He studied under Pyle with the likes of N.C. Wyeth whose works were also on display. Like Wyeth, Schoonover was influenced by Impressionism in that he seldom covered an area of a canvass with a single color, but instead layered his colors, sometimes over contrasting hues. For example, notice his treatment of the sky in the image above.
Posted by Donald Pittenger at 1:00 AM