The present post deals with Mead Schaeffer (1898-1980) when he was following the style that gained him success as an illustrator. Additional information on Schaeffer is here.

Featured here is an illustration for Stephen Meader's book "The Black Buccaneer" of 1929. 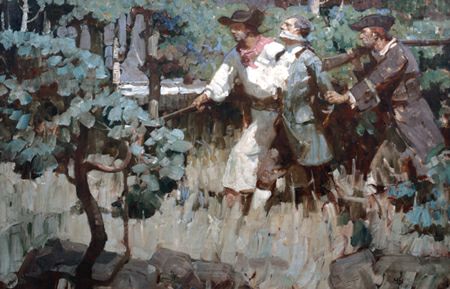 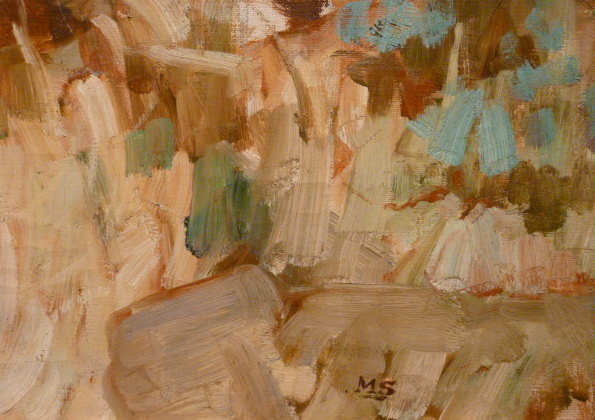 From the lower right corner. 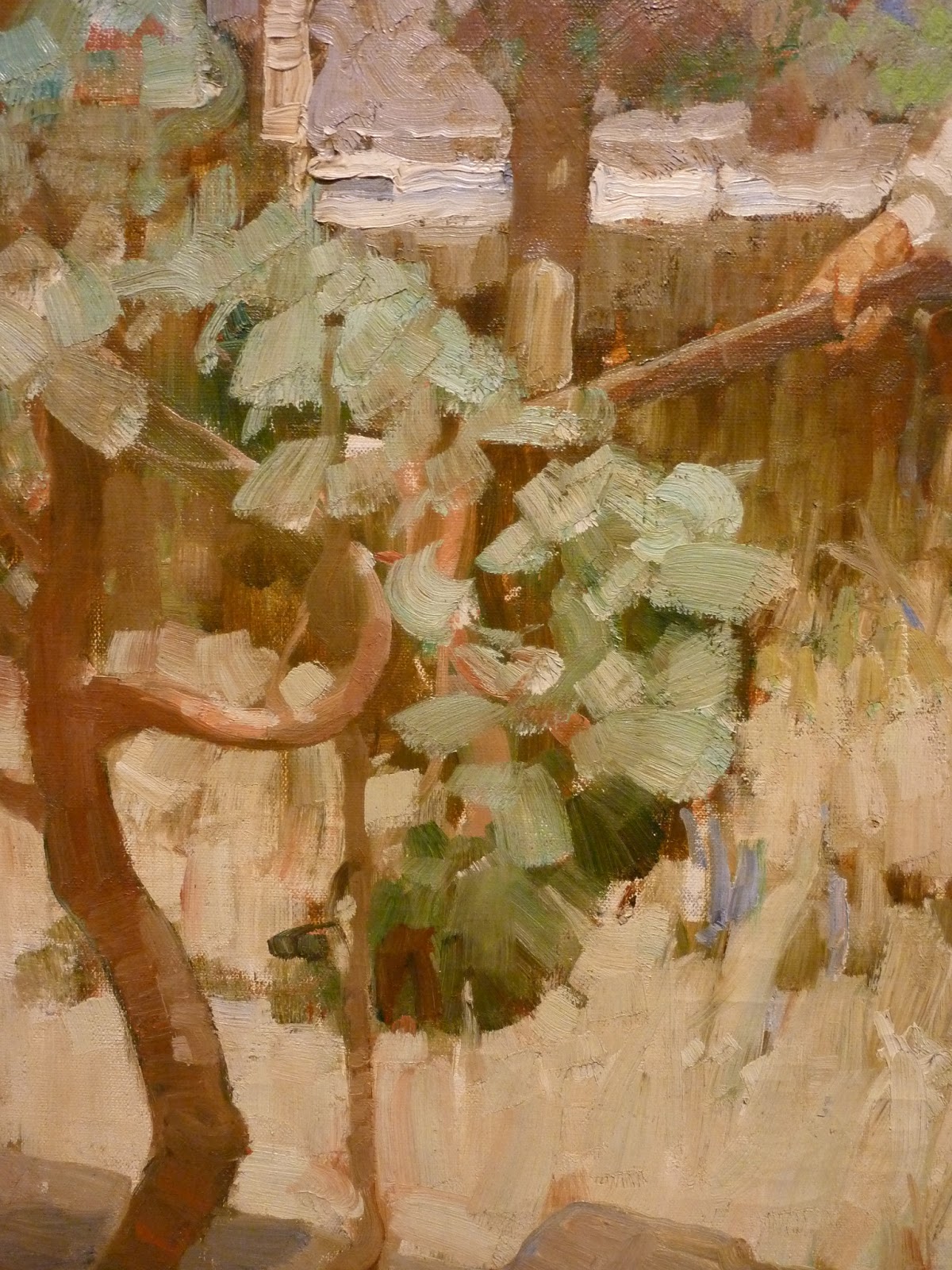 This is from near the center.
Early in his career, Schaeffer illustrated adventurous, swashbuckling subjects using brushwork with a boldness to match. The detail image in the middle could easily be a 1950s New York Abstract Expressionist work. Note that Schaeffer used his initials to sign the painting. The lower image features the "square brush" heavy impasto style he favored at the time.
Posted by Donald Pittenger at 1:00 AM

Fantastic process...the paint jumps off the surface because of the contrast of over painting and under painting...such energy in the strokes.....inspiring.
blogger. 'no one home ' zoe crosse