A few hundred years ago, as this list suggests, Venice (and the hinterland it ruled) was host to a number of significant artists. These include Giovanni Bellini, Canaletto, Giambattista Tiepolo, Tintoretto, Titian and Paolo Veronese.

But Venice declined and its independence was finally snuffed out by Napoleon. So when we think of Venice, it is the city itself, which has been losing population for a long time and is now down to around 60,000. With such a small population base and its cadre of potential art patrons largely eliminated, it shouldn't be surprising that not many well-known Venice artists have turned up during the past couple of hundred years. One of the few exceptions to this dreary trend seems to have been Ettore Tito (1859-1941) who, as his Wikipedia entry indicates, spent most of his life in Venice.

I have to admit that I wasn't aware of Tito until recently, though I might have passed by some of his paintings while visiting art museums in Florence and Rome (the one time I went to Venice's Galleria dell'Accademia, it was closing early for a staff meeting!?!). This means I can't vouch that Tito's paintings are impressive when viewed in person. But they do look pretty good when seen on a computer screen, so let's take a look. 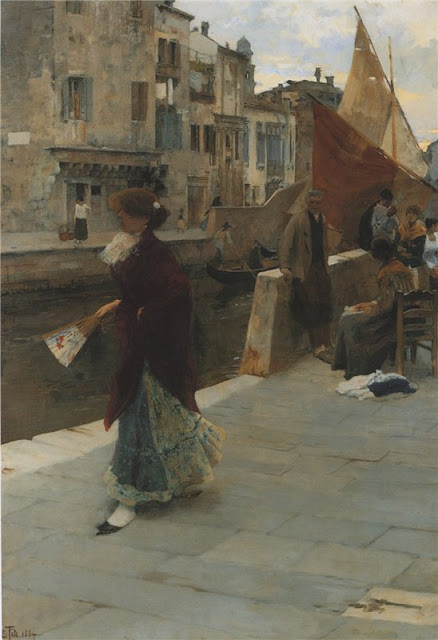 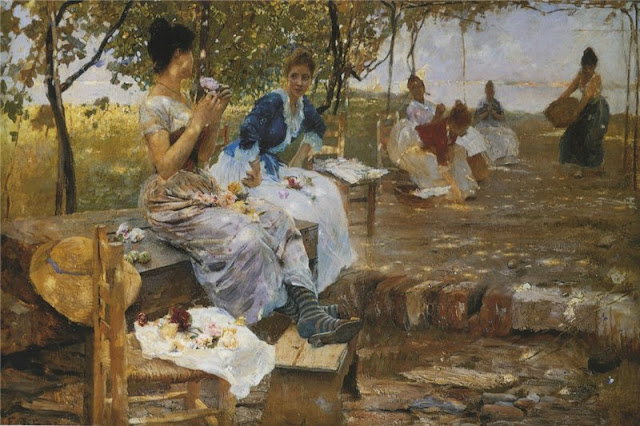 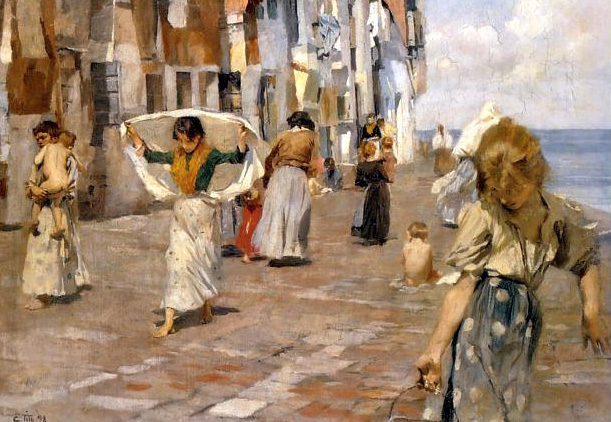 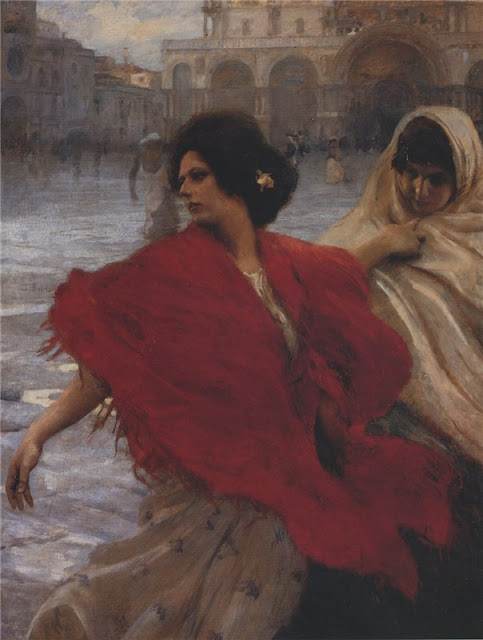 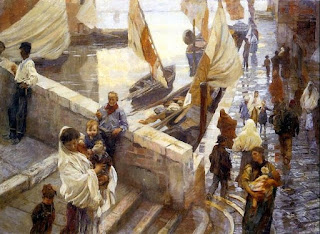 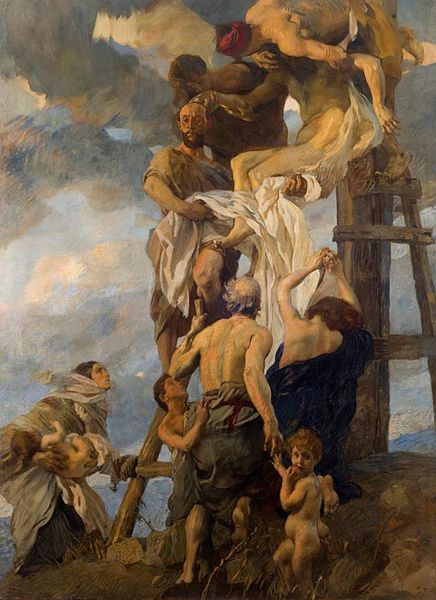 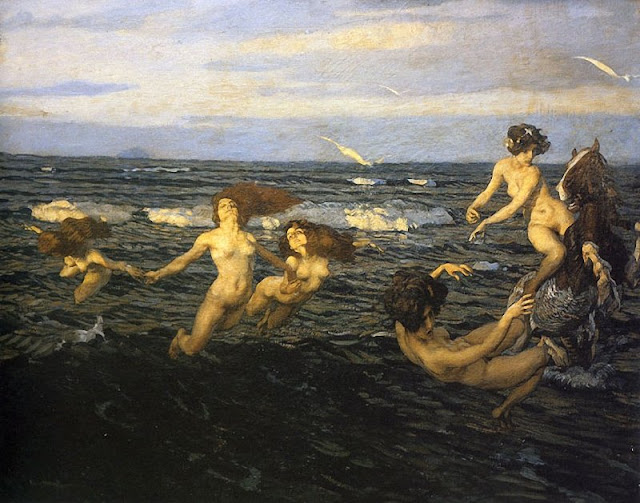 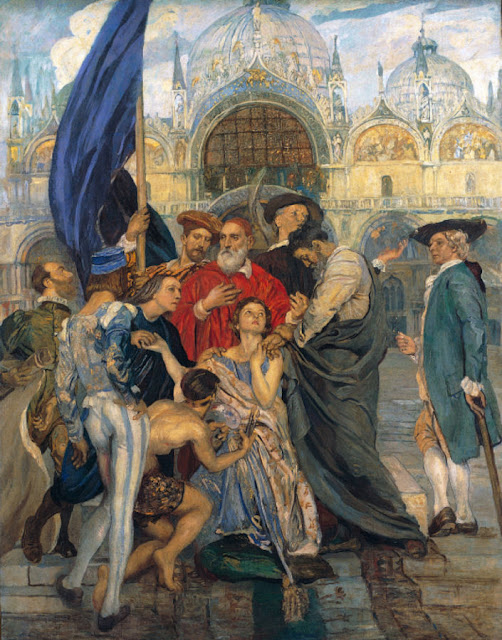 I maestri veneziani - 1937
This pays homage to the great painters from Venice.