Hubert Rogers (1898-1982) was a Canadian illustrator/painter perhaps best known today for cover paintings for Astounding Science Fiction, generally considered the cream of the pulp Sci-Fi crop, thanks to its (1937-1971) editor John W. Campbell.

Regarding Rogers, this source mentions:

"In 1925 he moved to New York City to study with Dean Cornwell at the Art Students League."

"In 1931 the financial hardship of the Great Depression lead him to abandon city life. He drove an Indian motorcycle to Taos, New Mexico, where he worked within a community of artists that were as passionate about modern landscape painting as the Canadian 'Group of Seven.'"

But he returned to New York in 1936 after he got an increasing number of assignments. Rogers moved back to Canada in 1942 where he did illustrations to help the war effort. He moved to Vermont in 1947.

More on Rogers is here, and a source presenting letters to Rogers from leading science-fiction writers Robert Heinlein and L. Sprague de Camp is here.

Rogers was a competent illustrator who has to drop into working for "pulp" (cheap, low-quality paper) magazines to help get through the Great Depression. This is a slightly different career path than that for some slightly younger illustrators who had to start their career in pulps and then tried to claw their way to more respectable and better paying clients.

As can be seen below, Rogers' covers for Astounding were decently done, a cut well above the common 1940-vintage bug-eyed-monster-clutching-scantily-clad-blonde genre found on covers of some other sci-fi mags. 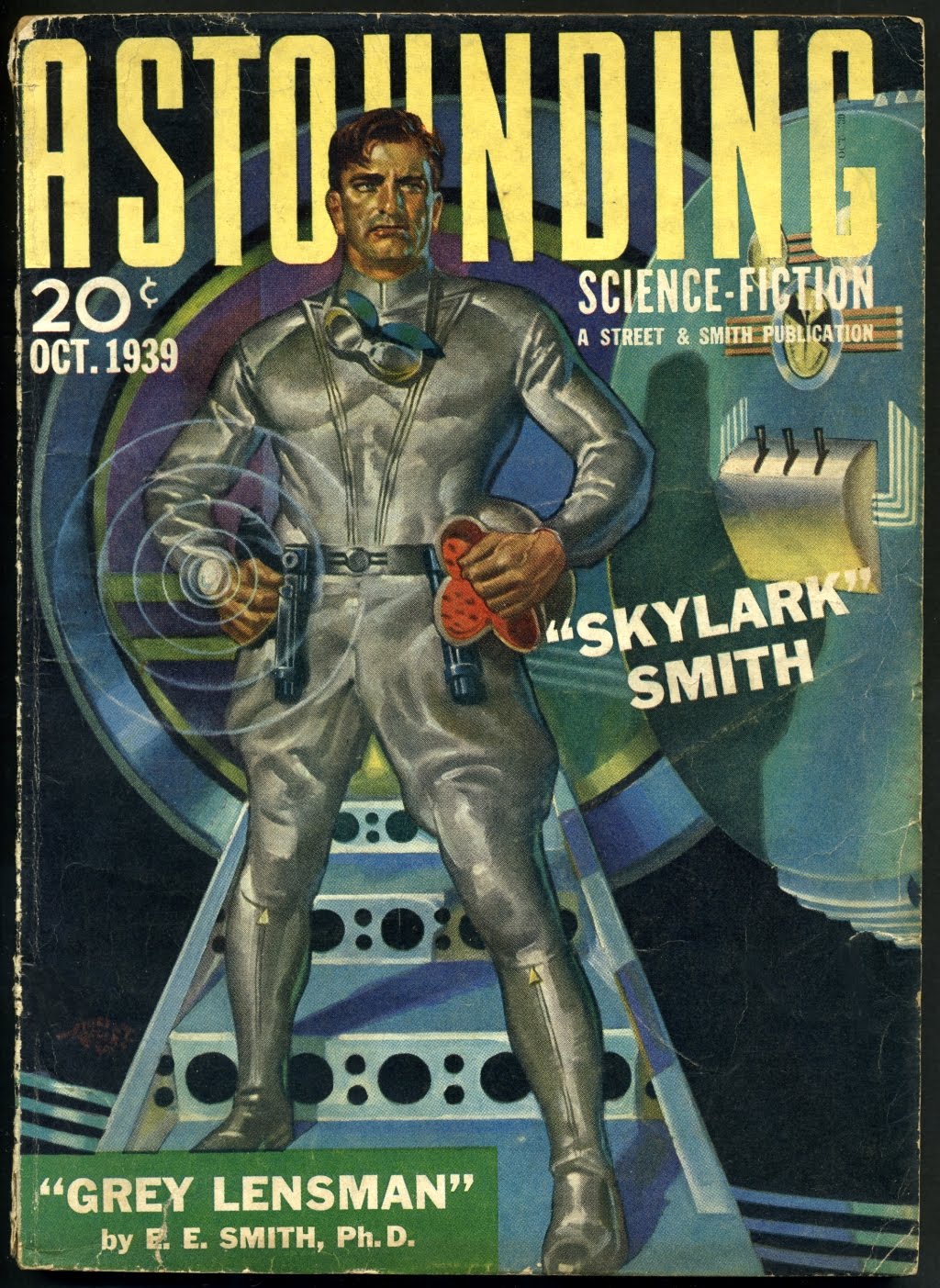 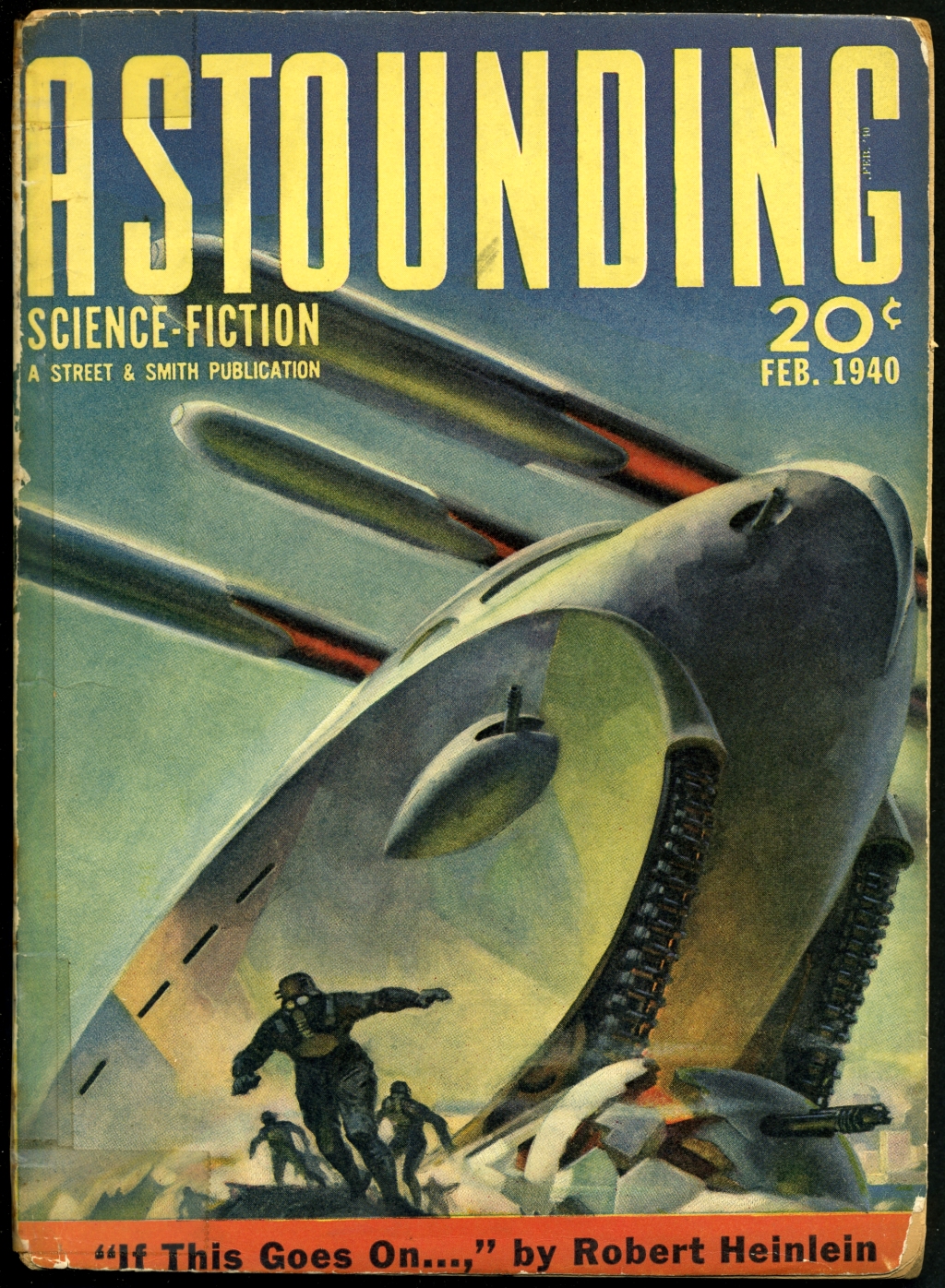 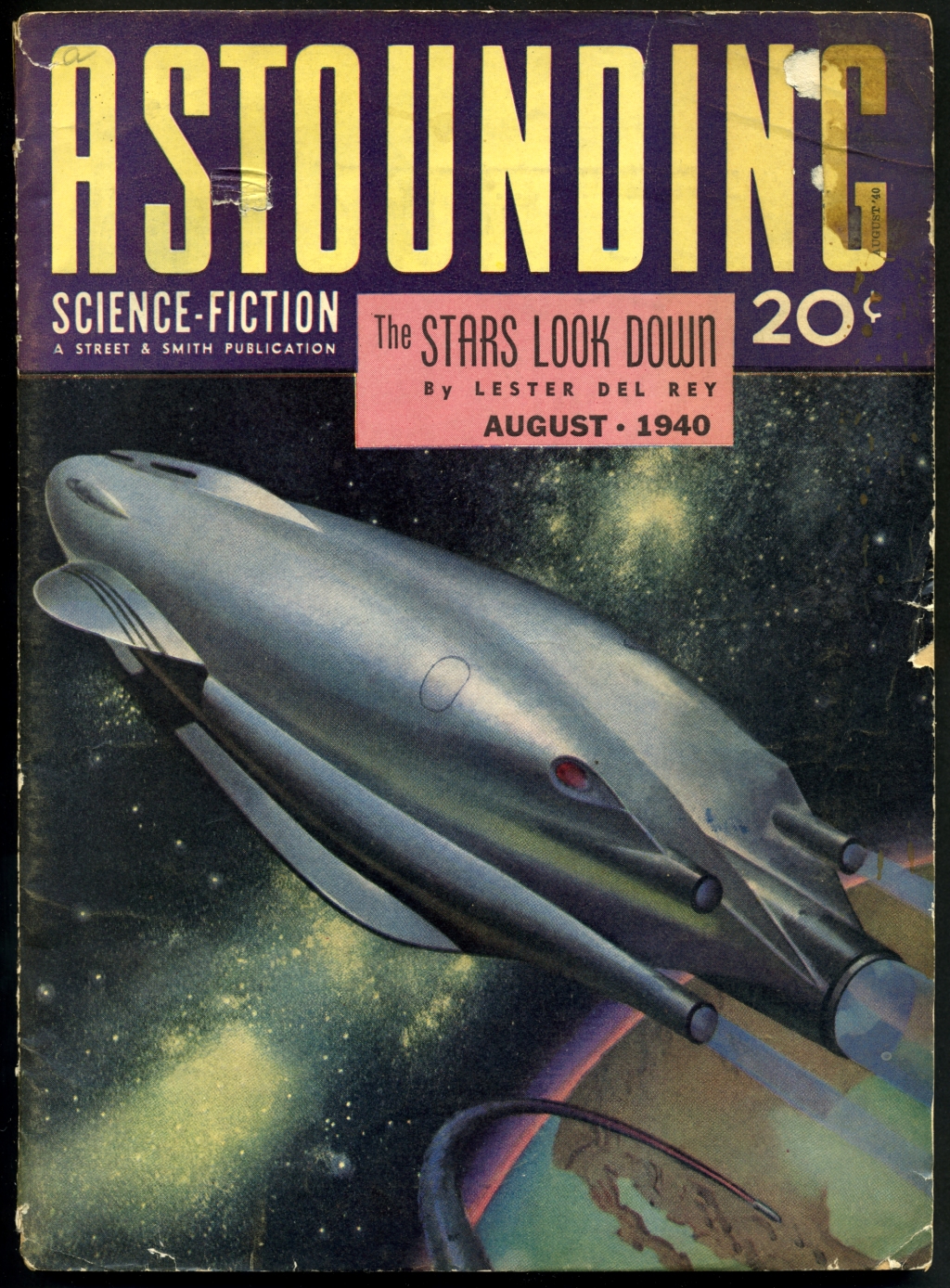 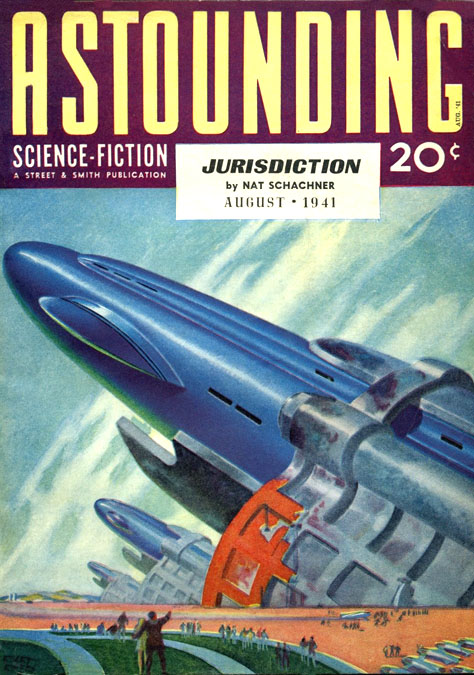 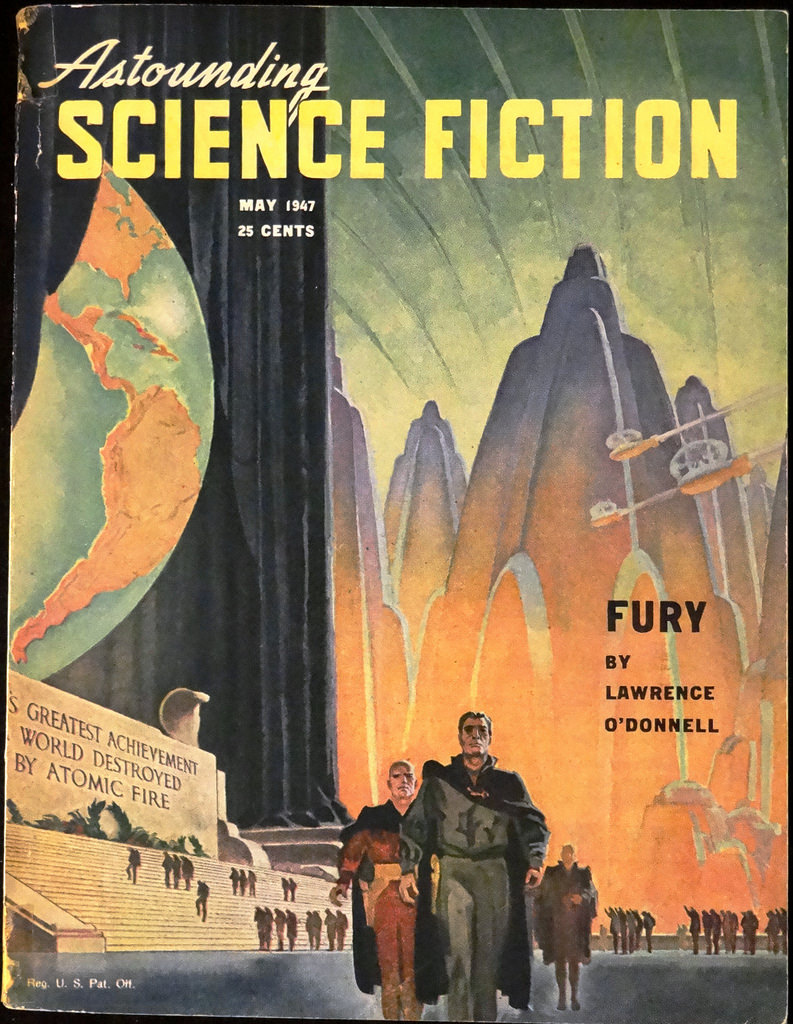 Astounding Science Fiction cover - May 1947
Some sources consider this to be Rogers' best Astounding cover. 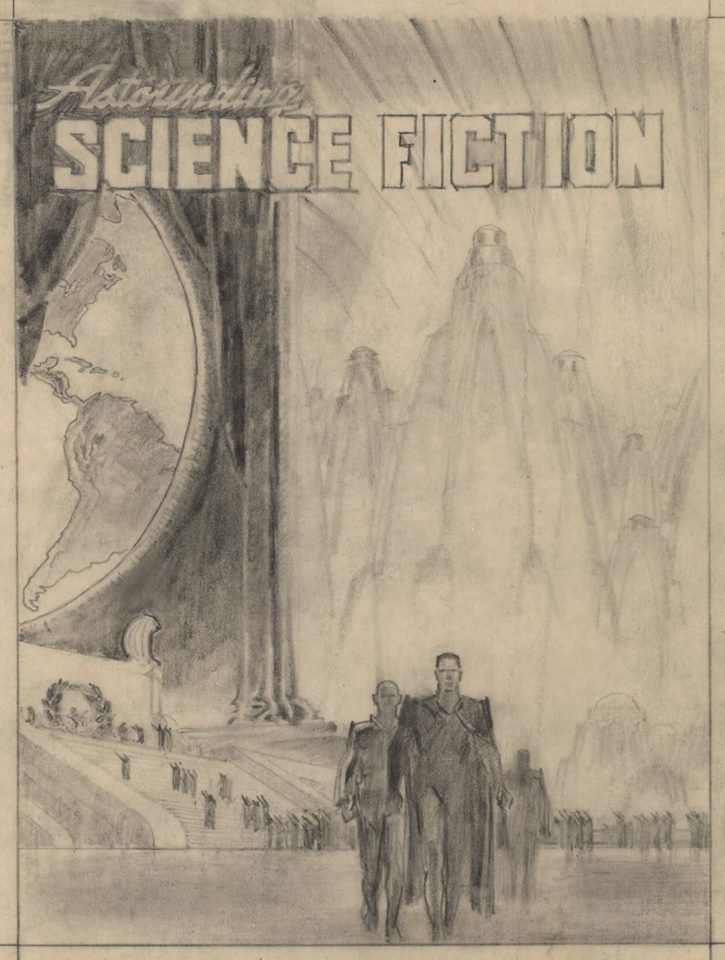 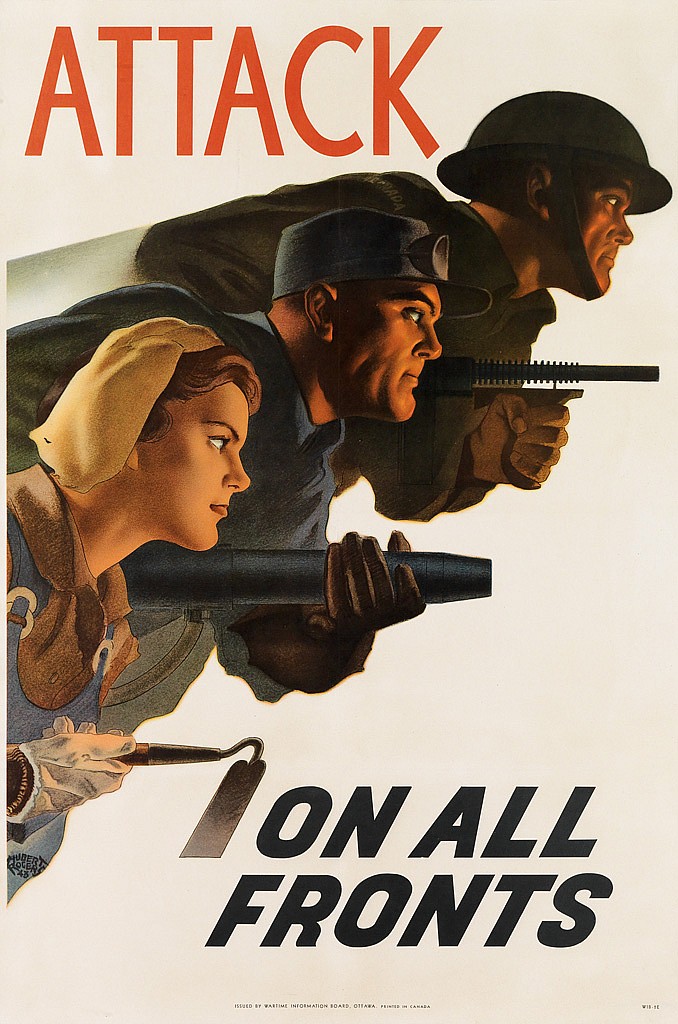 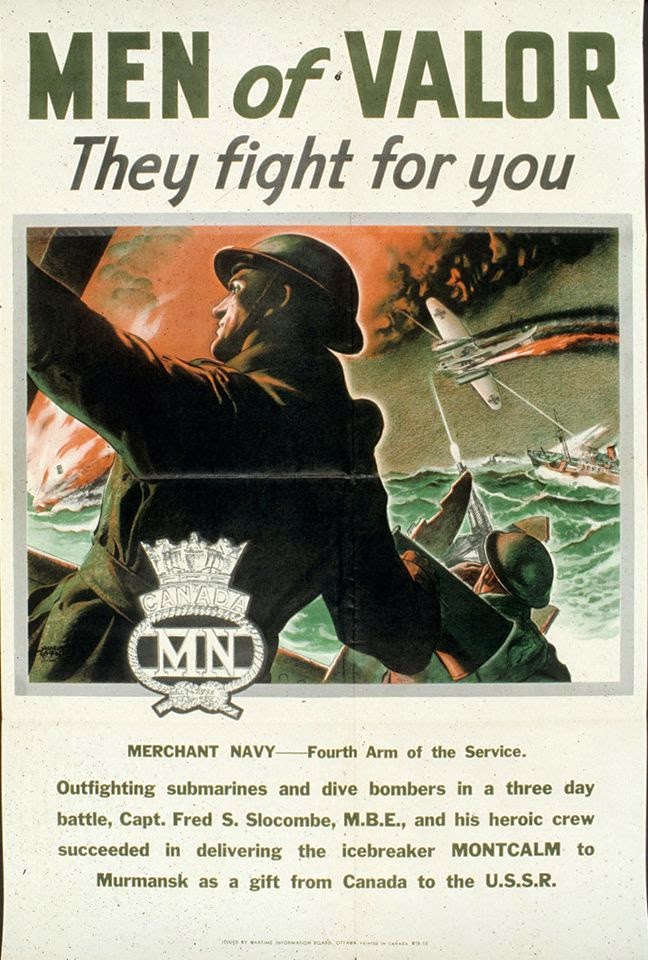 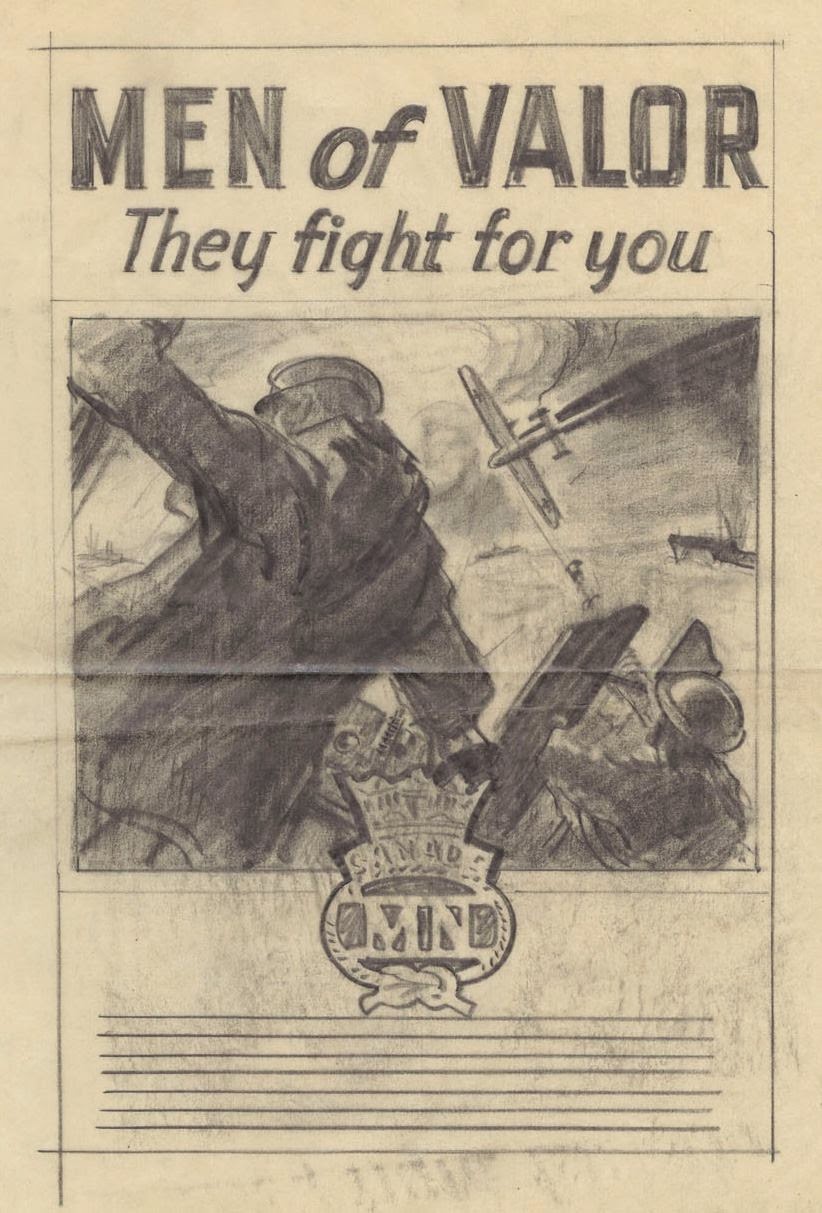 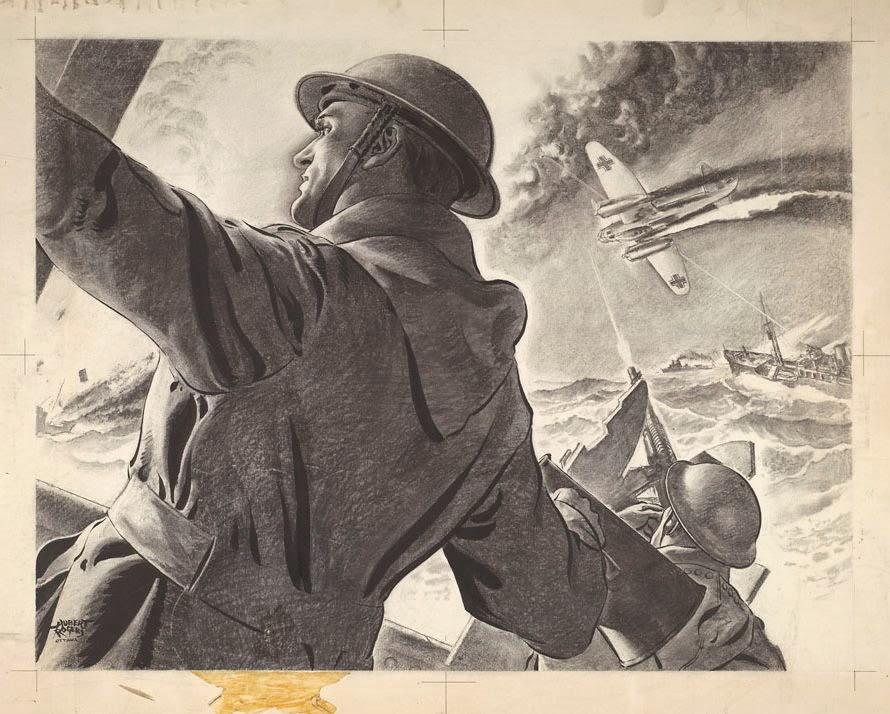 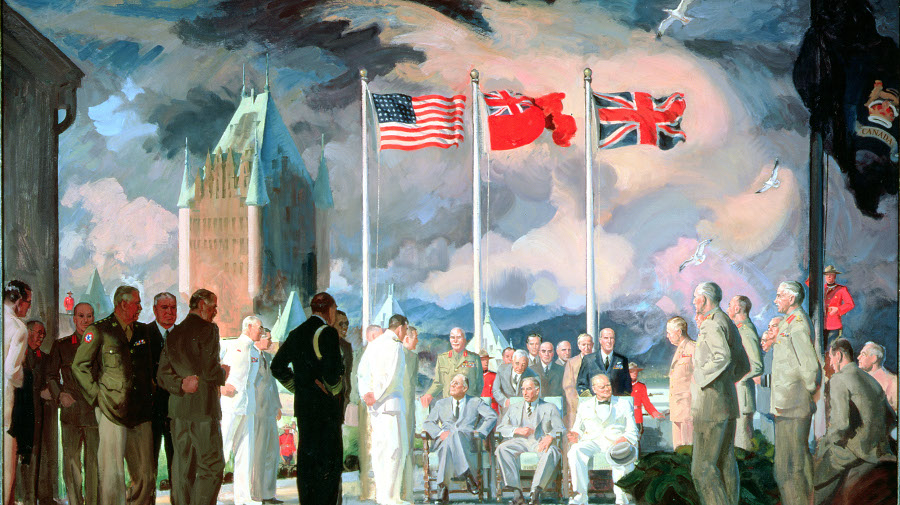 The 1943 Quebec Conference - image copyright Canadian War Museum
Rogers was fully capable of doing paintings as well as illustrations.
Posted by Donald Pittenger at 1:00 AM