Did Franz Stuck Ever Settle on a Style?

Franz von Stuck (1863-1928) was an important Munich artist during the decades surrounding the turn of the 20th century. He was both a rebel of sorts, helping found the Munich Secession, and an establishmentarian as a professor at the Munich Academy. His Wikipedia entry is here. I wrote about Stuck here and here.

Stuck can fairly be called a Symbolist when he wasn't painting portraits or genre scenes (I'm not aware of Stuck landscapes or still lifes, but there might be a few). His preferred subjects were nude or partly-clothed women, though he did paint some nude males, in more than one painting shown fighting over a nude woman.

His painting style varied considerably, but not in the form of moving from one style to another as time passed. That is, throughout his career we find fuzzy looking paintings along with crisp works and somewhat poster-like images. I presume Stuck established a set of painting styles during the first part of his career that he then deployed depending upon the subject of a work. 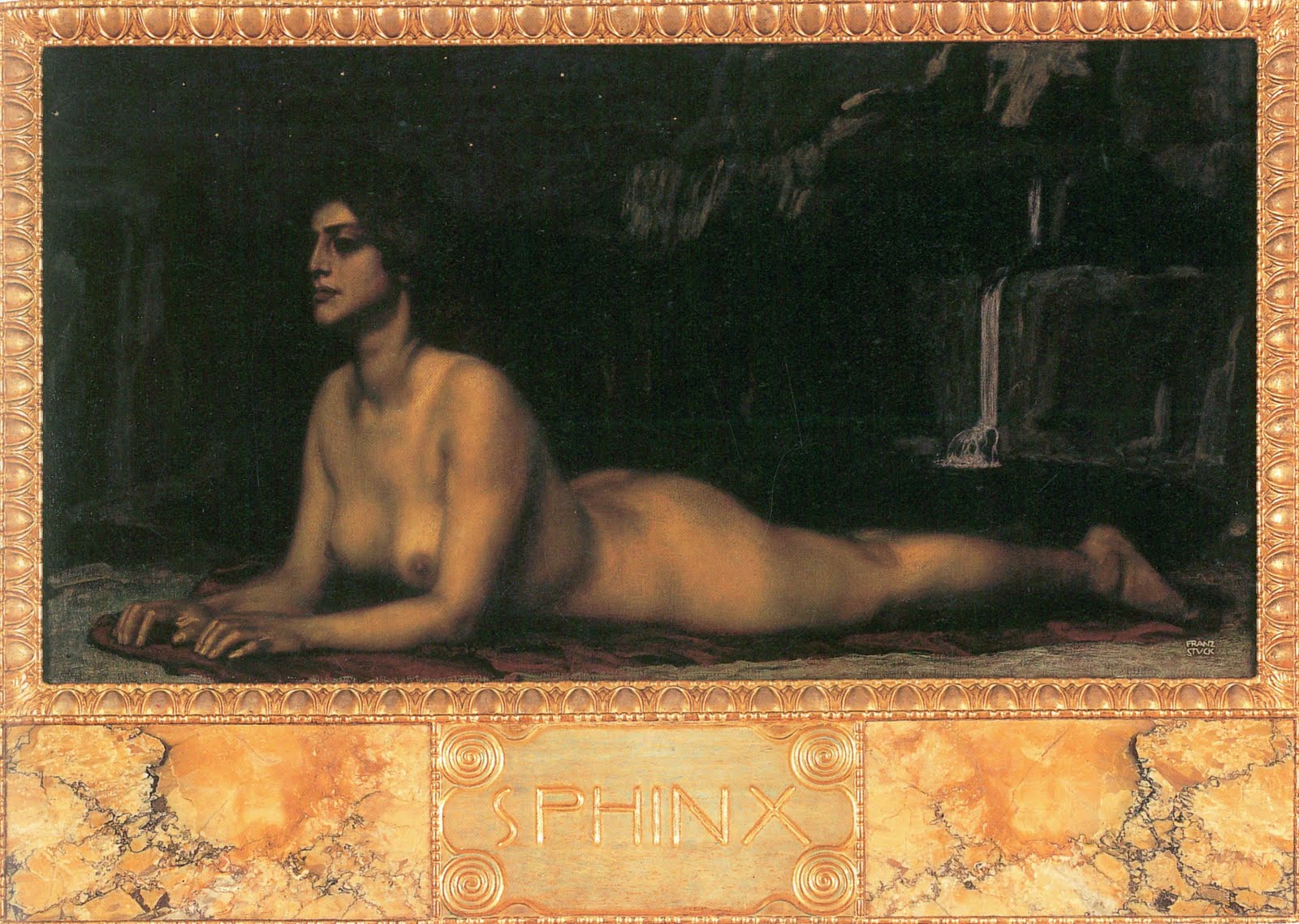 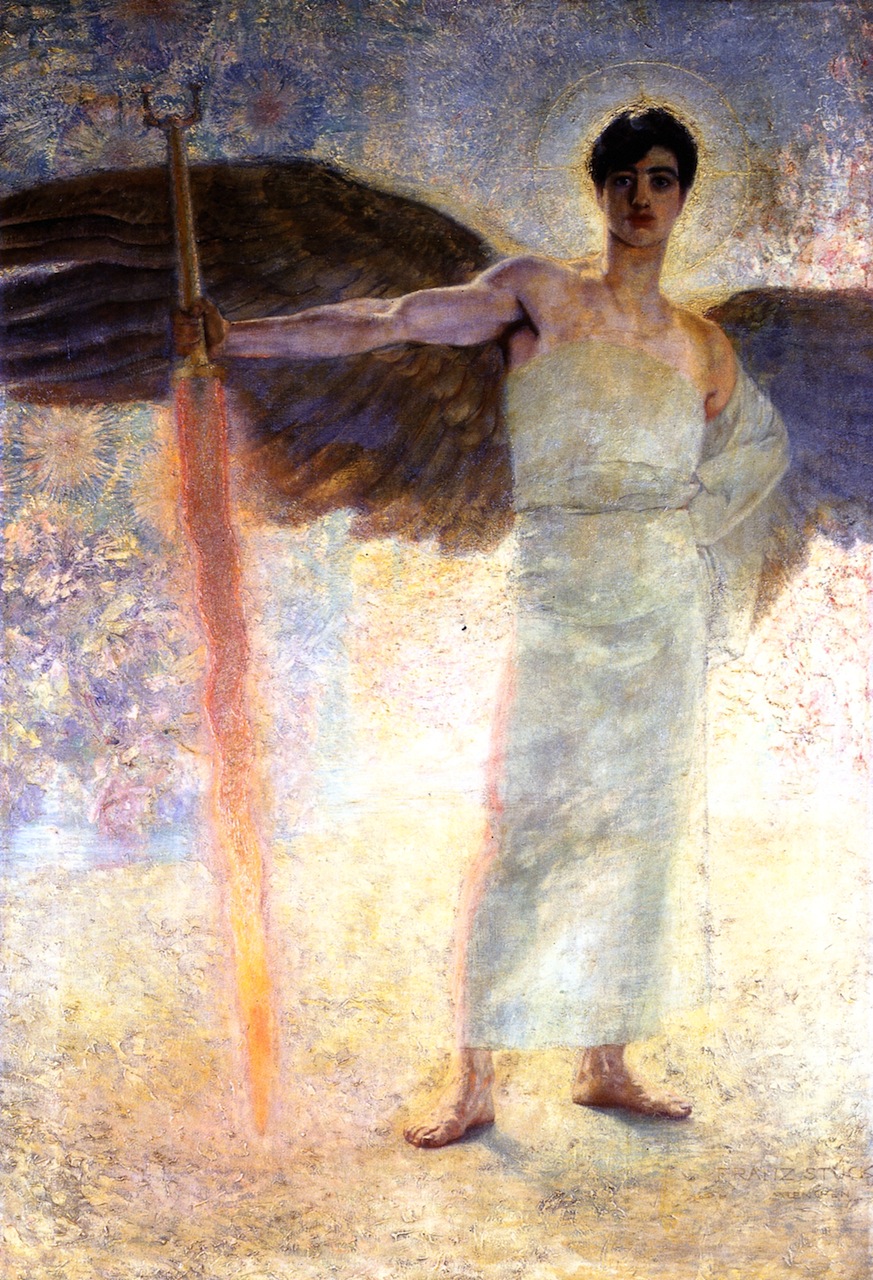 The Guardian of Paradise - 1889
Two paintings from Stuck's 20s. Both completed the same year, but with different atmospheres. The murky style of Sphinx will reappear later, often with fuzzier brushwork. 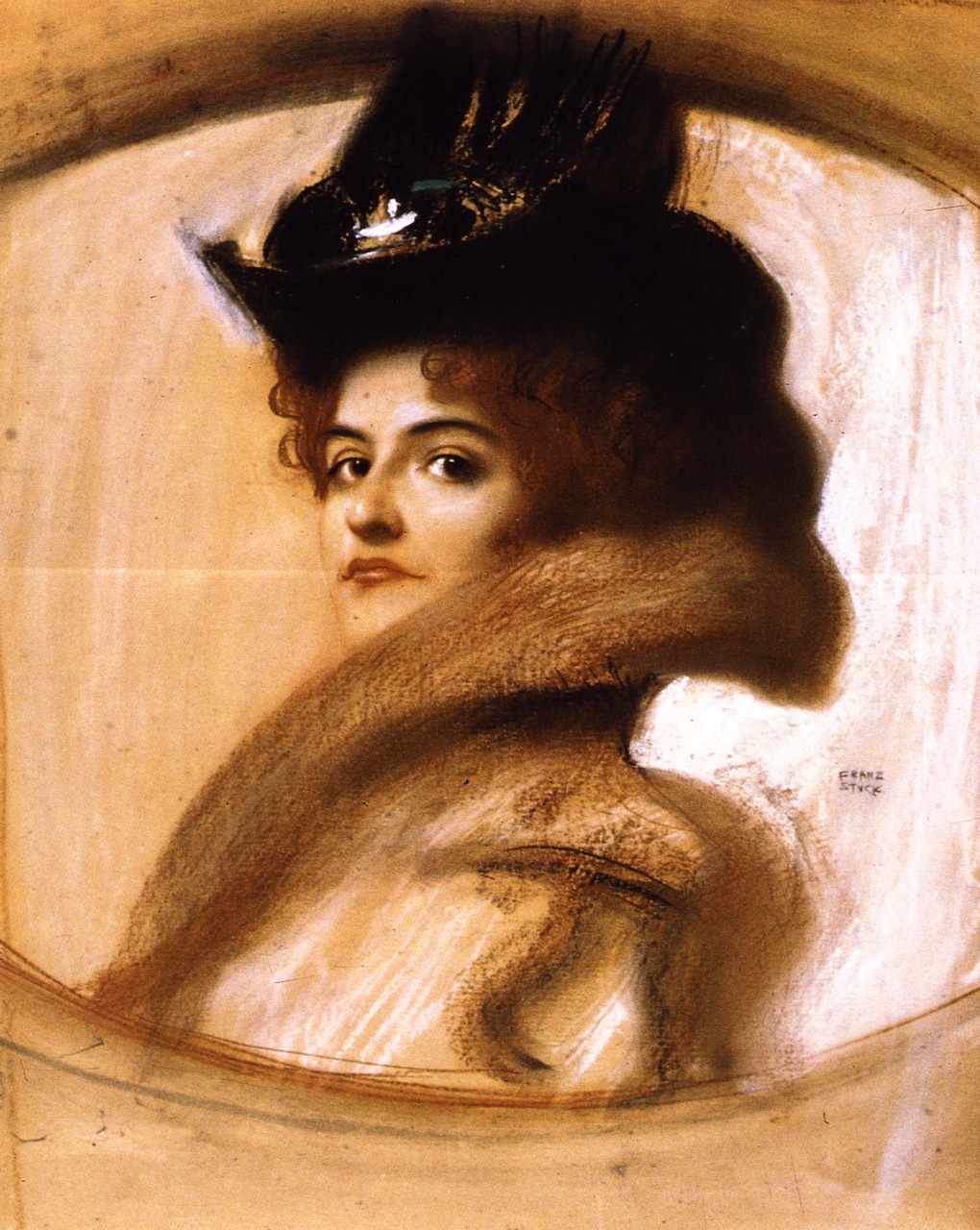 Frau Braun - 1896
Considerable contrast between the carefully rendered face and the rest of the painting. 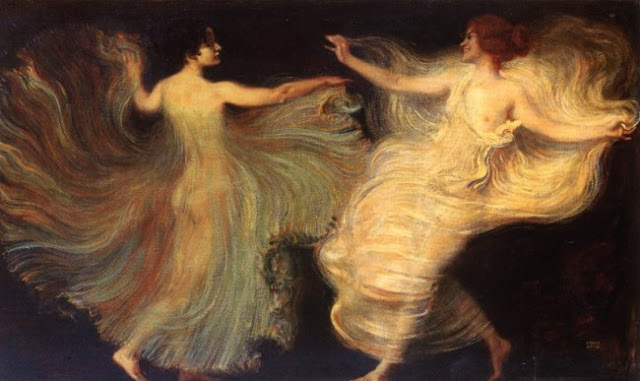 Two Dancers - 1896
Again, the greatest detail is in the faces, as might be expected. Otherwise, Stuck's anatomical work is still more true to reality than in some of the later paintings shown below. 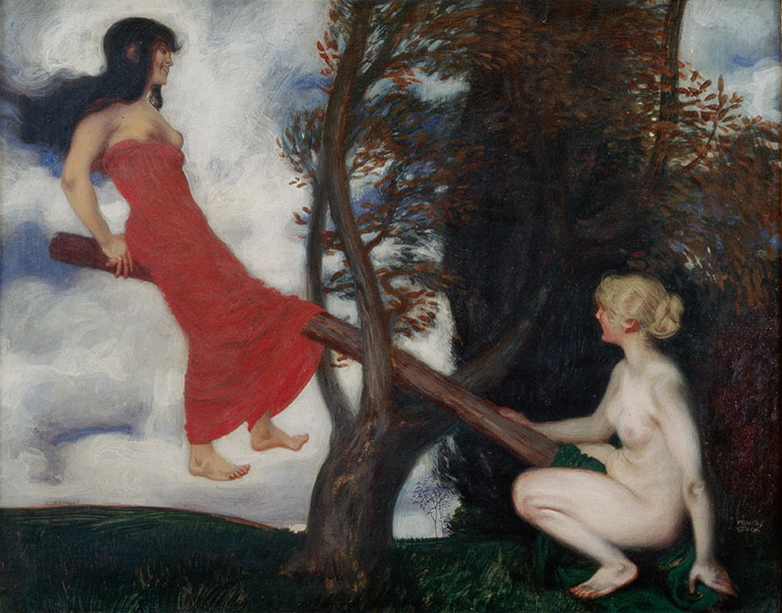 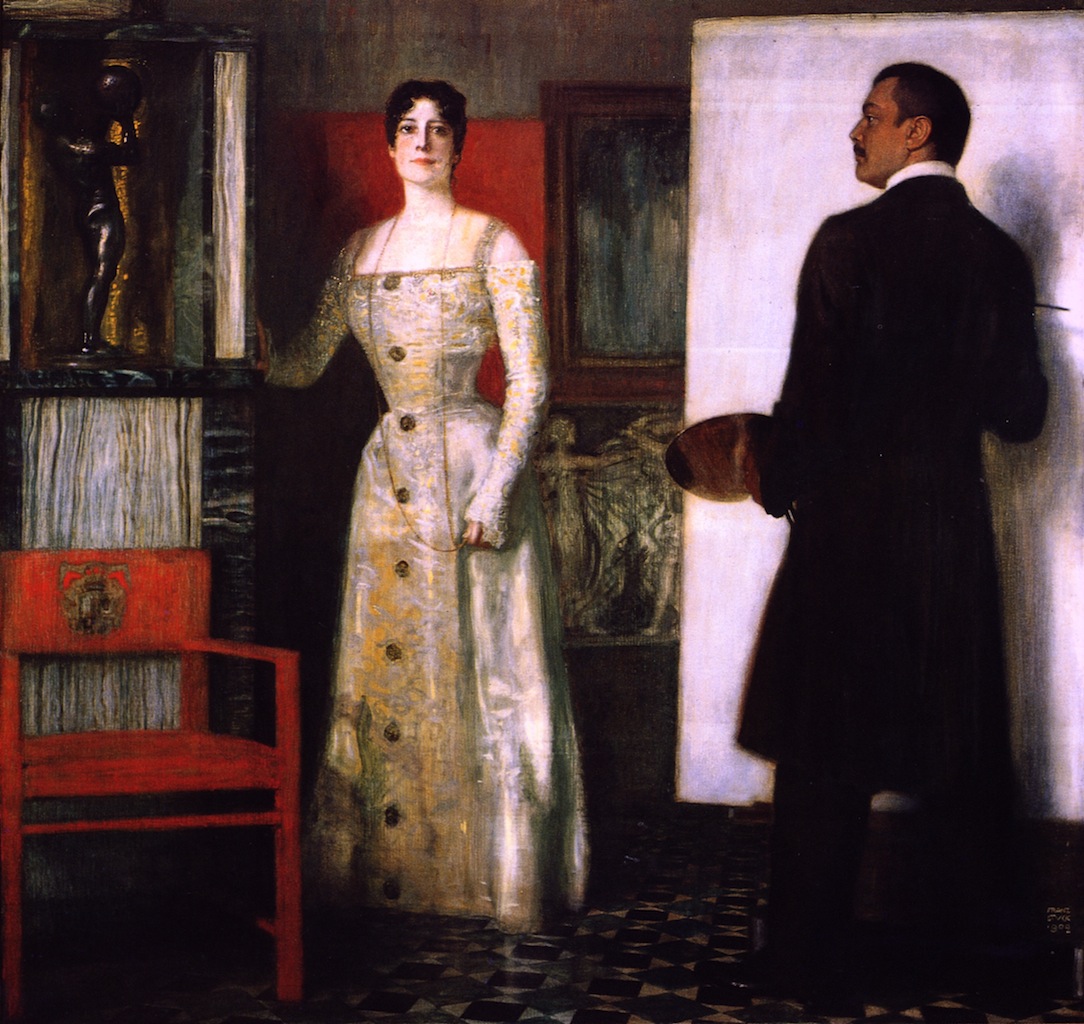 Franz and Mary Stuck in the Studio - 1902
I doubt that Stuck's clothing shown here were his usual painting togs ... but I just might be wrong. 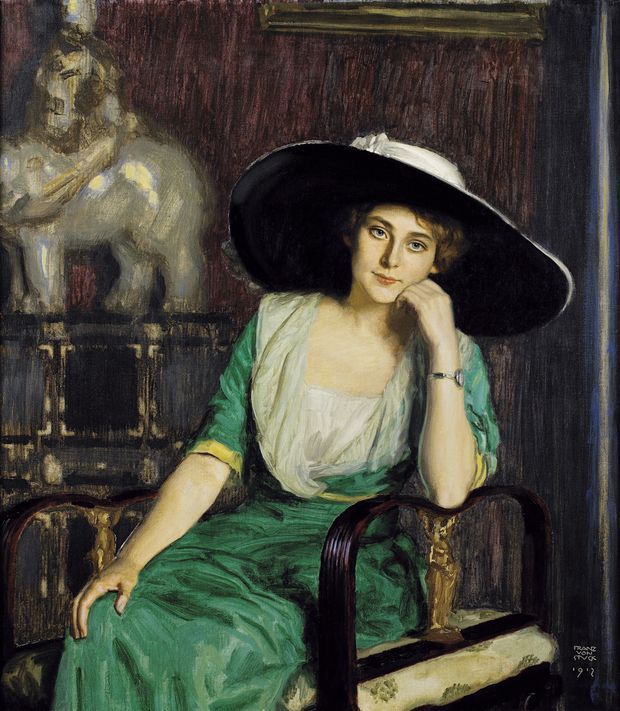 Portrait of a Lady - 1912
Again, the contrast between carefully rendered parts and quite loosely done other areas. Sounds of Spring - 1912
By the 1910s Stuck added a style to his repertoire that had a flatter, more illustration-like quality. 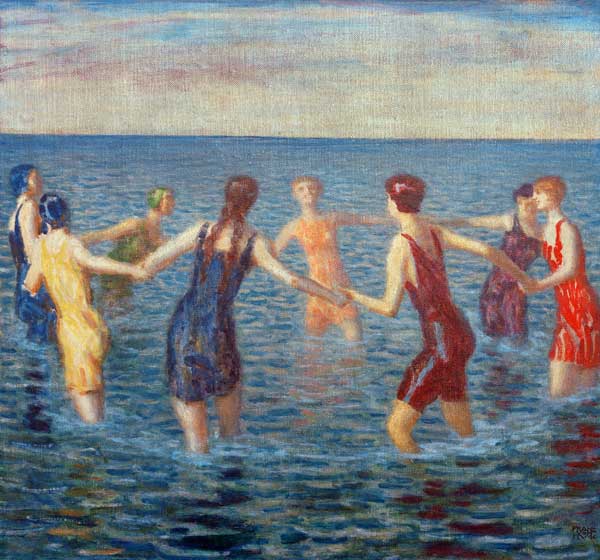 Badende Frauen - c. 1920
His "Bathing Women" is sketchy across the board. Perhaps this was a study (though it's signed). Or maybe he was reacting to works by younger, post-1900, Modernist painters. 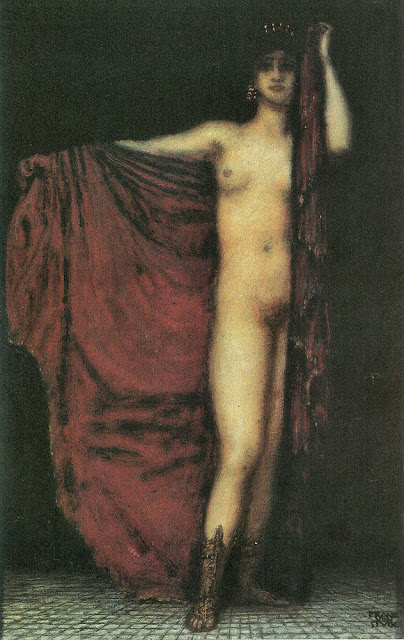 Phryne - 1918
An example of his dark, fuzzy style. Only a few details are sharply depicted. 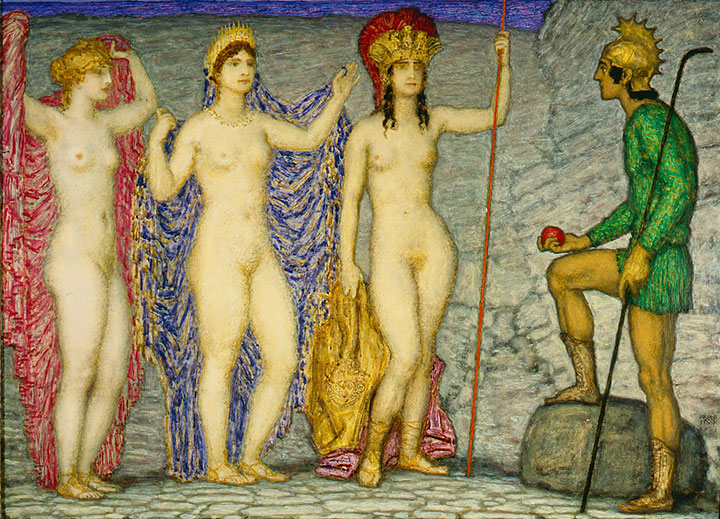 The Judgement of Paris - 1923
A poster-like painting. Flat, with some mural-style outlining along with some fuzziness for the women's bodies. 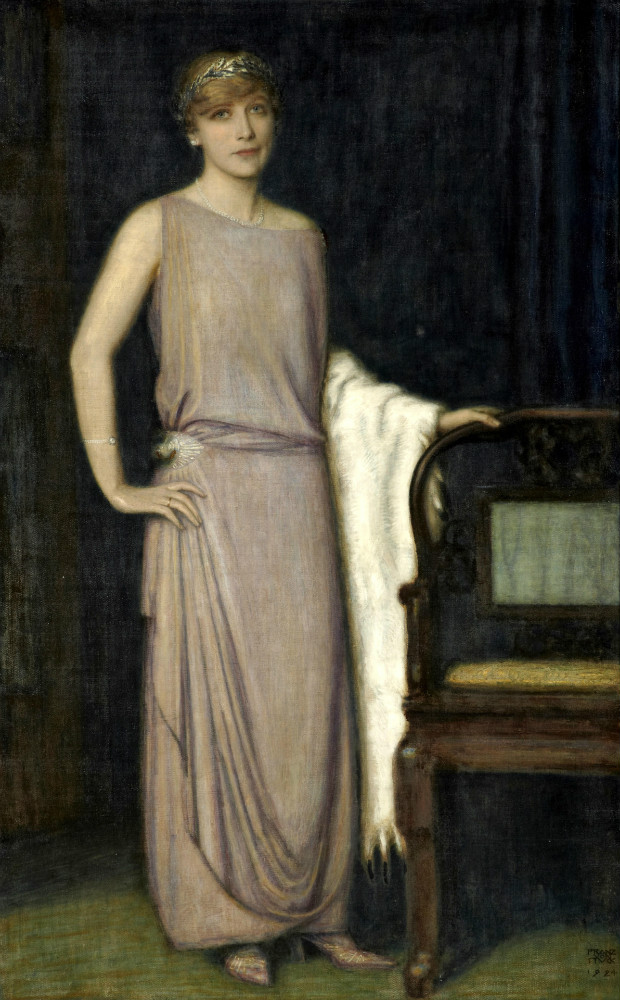 Marianne Mechler - 1924
Presumably a commission, because most Stuck effects are absent. 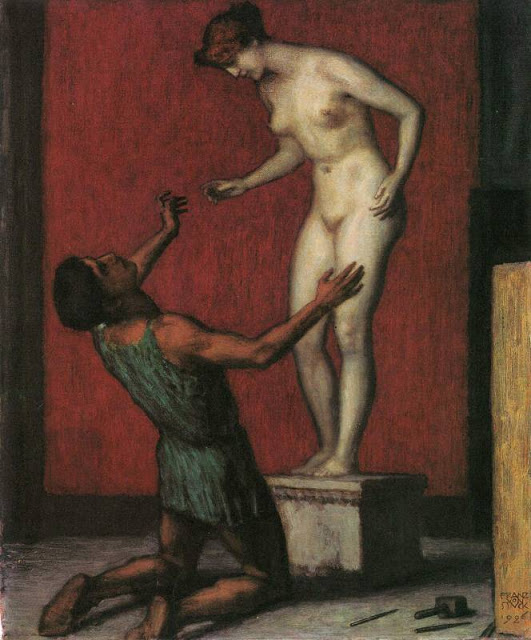 Pygmalion and Galatea - 1926
A dark, somewhat fuzzy painting from near the end of his career. 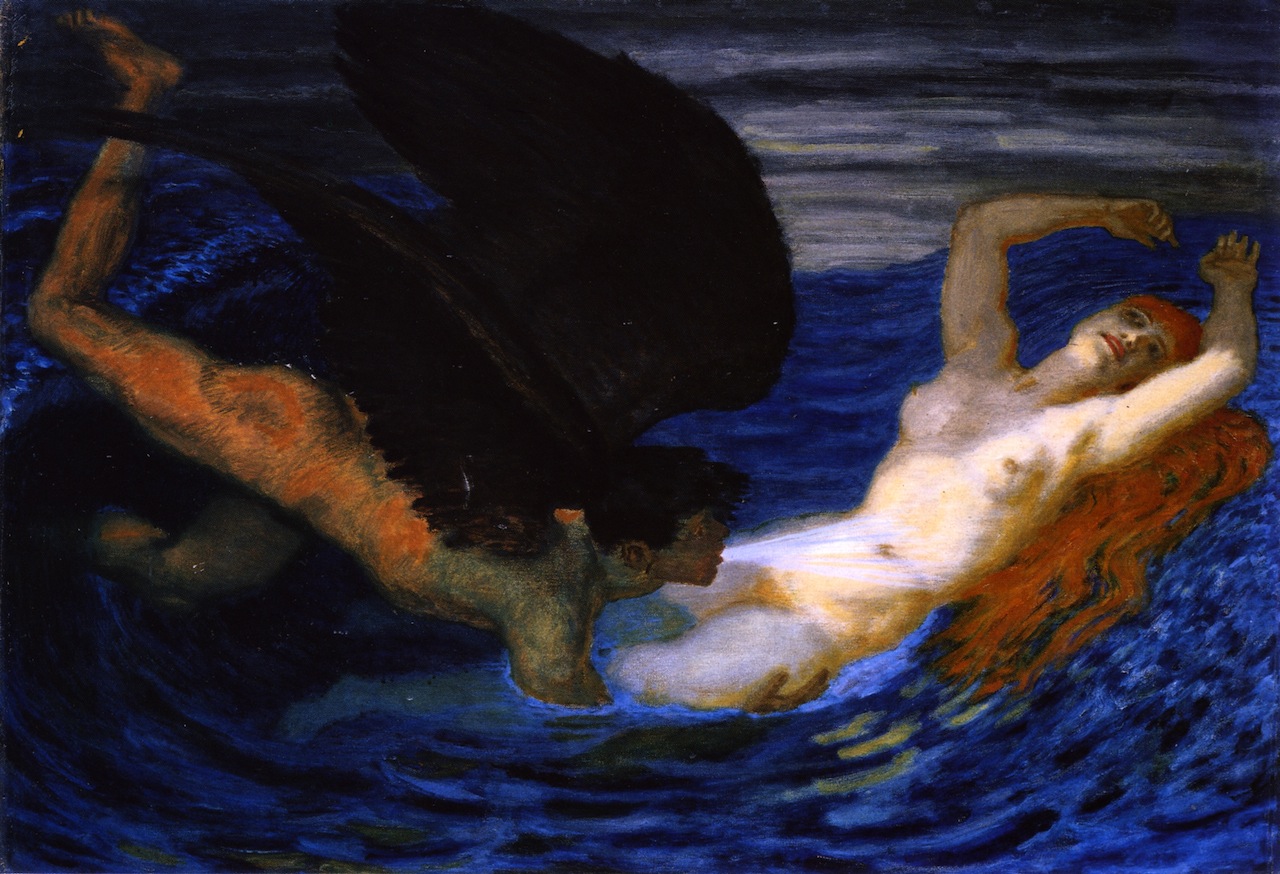 Wind and Waves (unfinished) - 1928
What Stuck was doing near the end of his life. Not far from what he'd been painting for many years.

This was quite a funny mistake on my behalf, but have a look at the name, nationality and dates that I was very familiar with.

Hermann Struck (1876–1944) was born in Berlin and studied at the Berlin Academy of Fine Arts. In 1904, he joined my favourite modern art movement, the Berlin Secession. He loved landscapes.