Porter Woodruff (1894-1959) was one of five American fashion illustrators Vogue magazine had based in Paris in the early 1920s. He continued illustrating for Vogue through the 1930s, residing in New York City and Tunisia as well as Paris. He died in Tunisia. Why little else is known about him can be gleaned here (click on the "learn more ..." line).

Besides Vogue, he contributed covers to House & Garden magazine (another Condé Nast publication) around the time of the Great War, before moving to Paris. He also painted North African scenes that fail to impress me. You can Google on his name to locate some of these if you are curious.

Woodruff was not a great fashion illustrator, but was good in the context of his times. 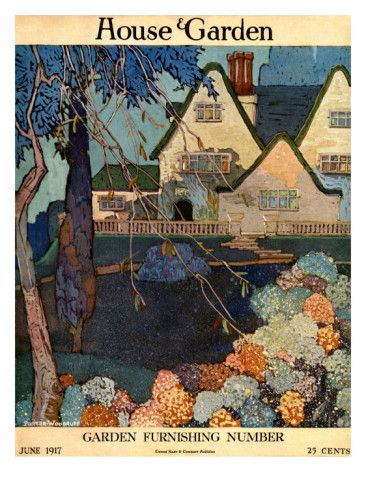 House & Garden cover - June 1917
A nice composition in synch with the architectural style. 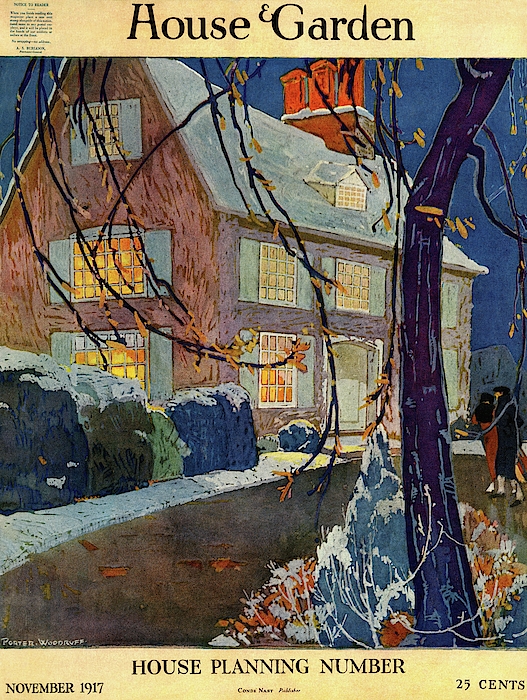 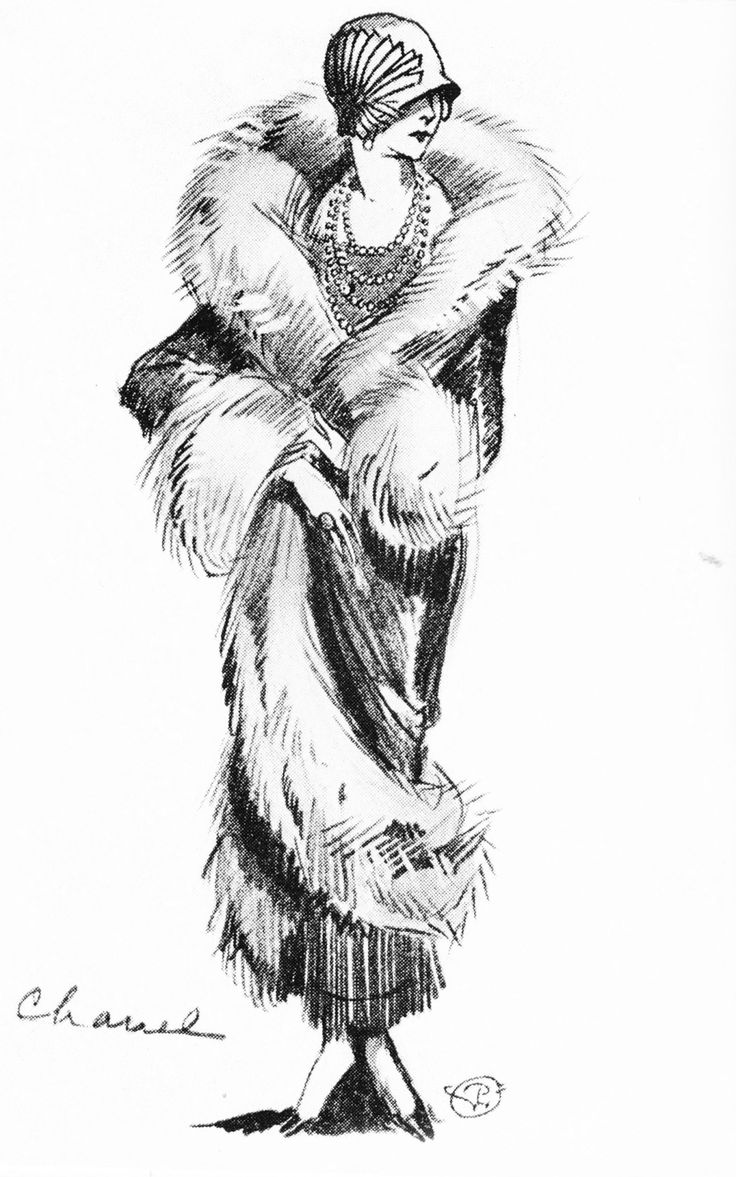 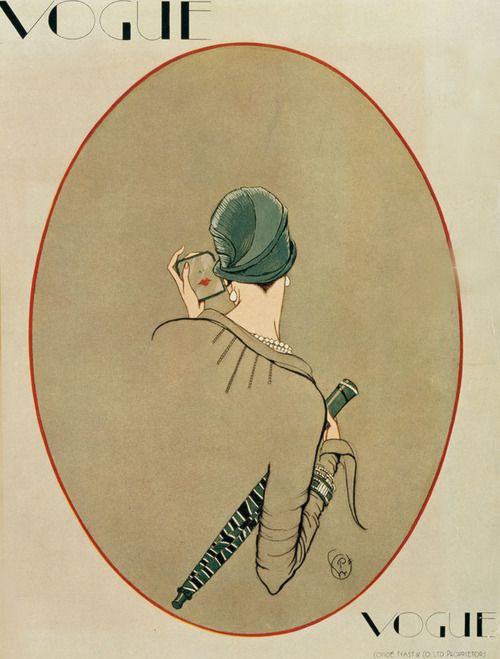 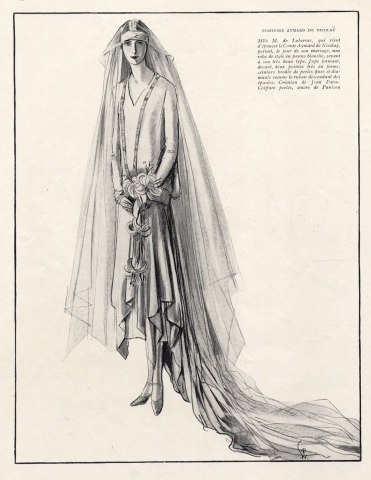 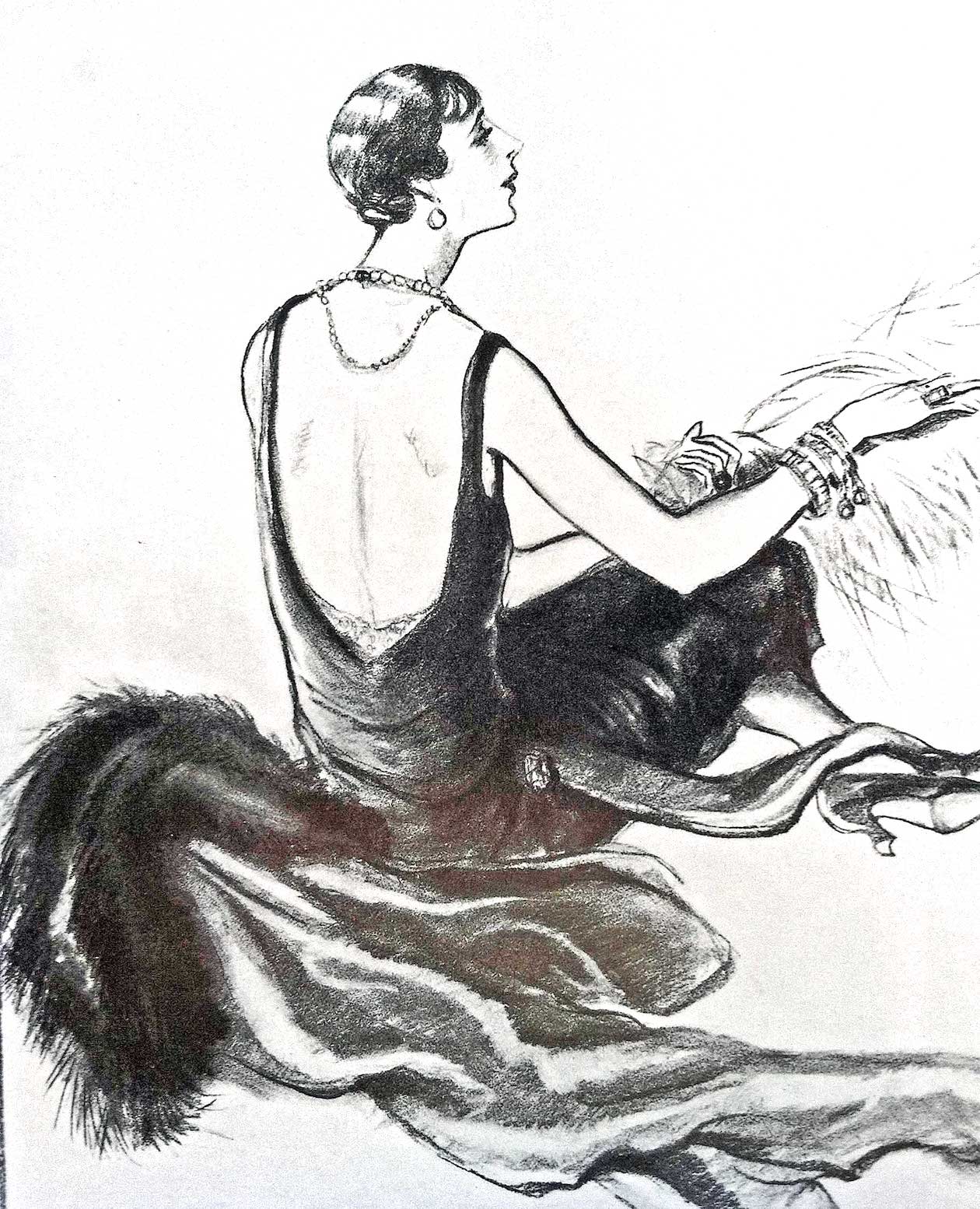 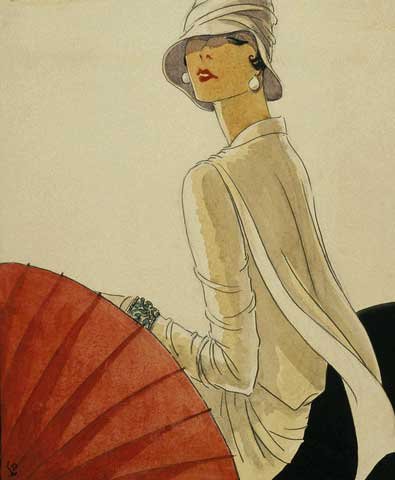 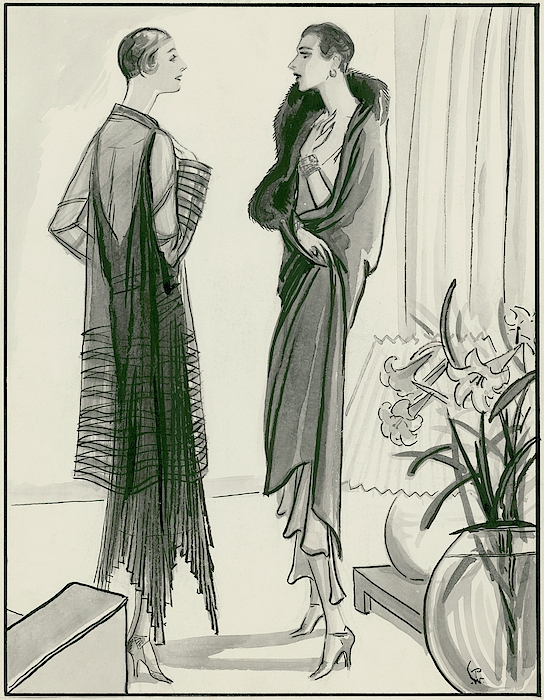 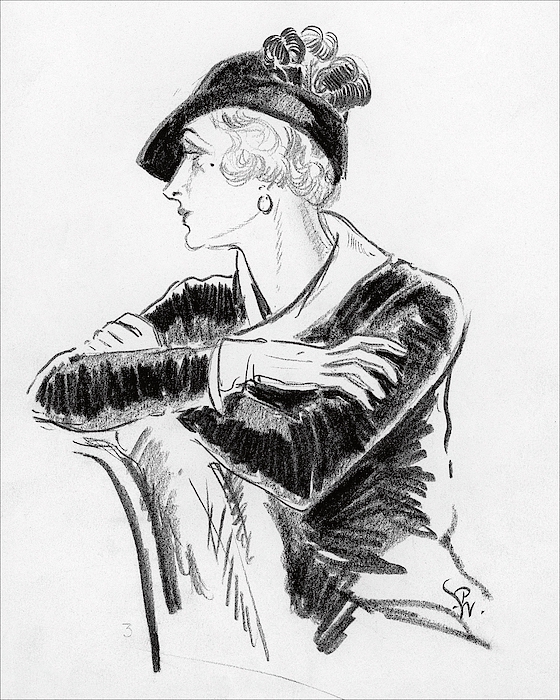 Franklin Simon hat - Vogue - December 1931
By the 1930s, Deco geometry was out and flowing lines were in.
Posted by Donald Pittenger at 1:00 AM

Porter Woodruff is an American painter and stylist. He was born on July 18, 1894 in Knoxville, Tennessee (USA). His relationship with Tunisia and especially with the city of Hammamet comes from the great friendship that bound him to Georges Sebastian (1896 - 1974).
In the 1920s, Woodruff designed covers for House & Garden and sketched fashion for Vogue magazine. He set up his painting studio in Villa Sebastian and began exhibiting in 1934 in prestigious American galleries.
Woodruff died on 19 October 1959 at the Sebastian House in Hammamet and was buried, according to his will, in his gardens.

Porter Woodruff won a suffrage poster competition in Pittsburgh on September 25, 1915. His winning entry depicted a draped female figure, crouching, her hands manacled with a ball and chain, and a boldly lettered title at the top: “Until She Gets the VOTE!” Woodruff was awarded a ten dollar gold piece for his efforts, and his poster was printed in the Pittsburgh Post-Gazette the next day.
Eliza Smith Brown
Chair, Pittsburgh Suffrage Centennial Committee
www.elizasmithbrown.com

In the late 1930's, While a student at Rice University, my father was a model for Porter Woodruff. I have a chalk sketch signed "To Bill, Porter and an unsigned oil painting.