In the Beginning: Andrew Wyeth 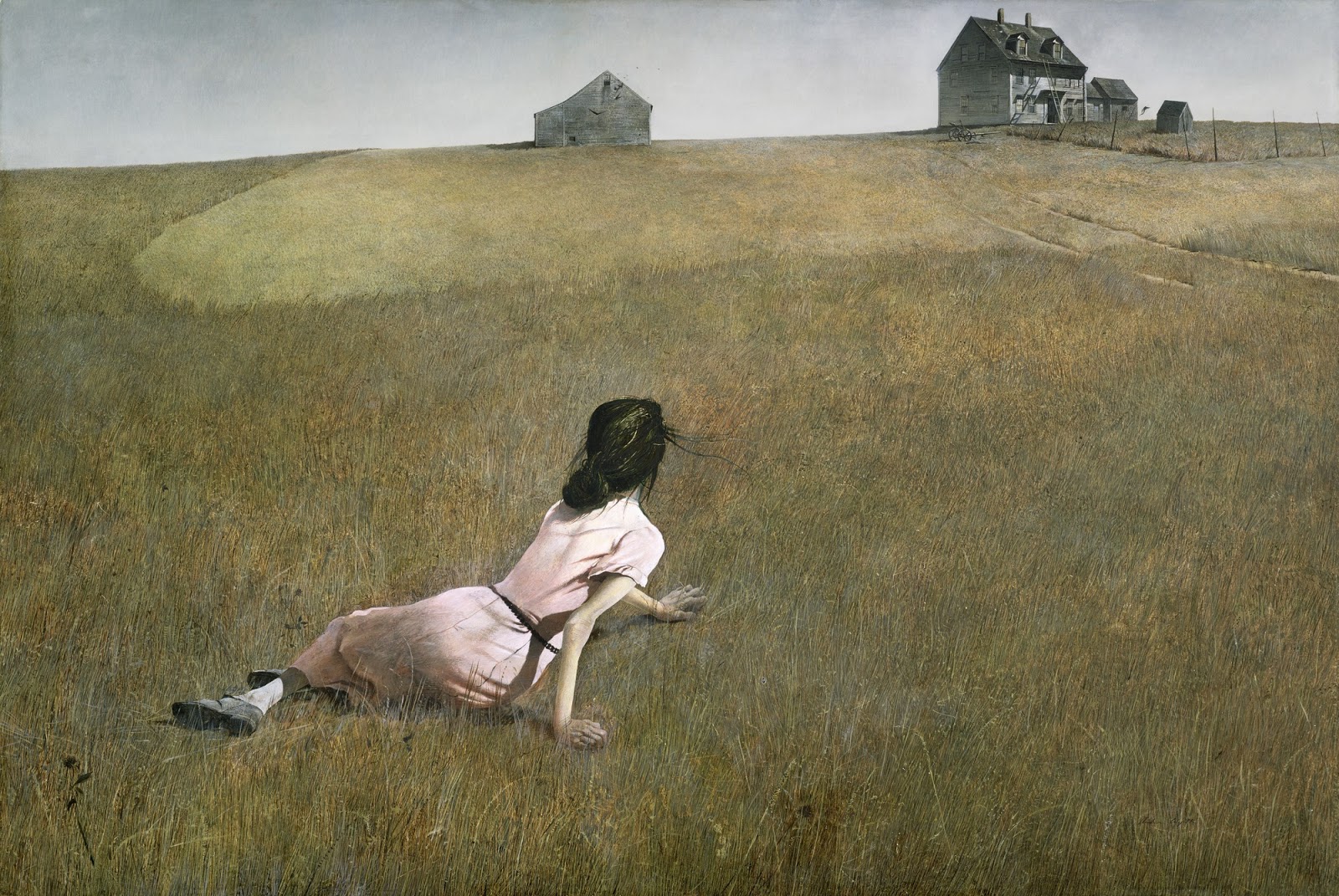 Christina's World - 1948
Andrew Newell Wyeth (1917-2009), son of famed illustrator N.C. Wyeth, was a sickly lad who in 1951 had part of a lung removed, yet lived 91 years and attained fame perhaps surpassing that of his father. "Christina's World," shown above, is his most iconic work and resides in New York's Museum of Modern Art, of all places.

Wyeth's Wikipedia entry is here, and an interesting timeline can be found on the Web site devoted to him.

I'll probably get around to posting about the disdain his work provoked amongst modernist-oriented observers at some point. For now, let's focus on how quickly Wyeth evolved his signature style that, with some variation, he practiced for some 60 years. Because his work was so commercially successful and so far removed from trendy art movements of his time, he had no reason to follow that aspect of the art market. 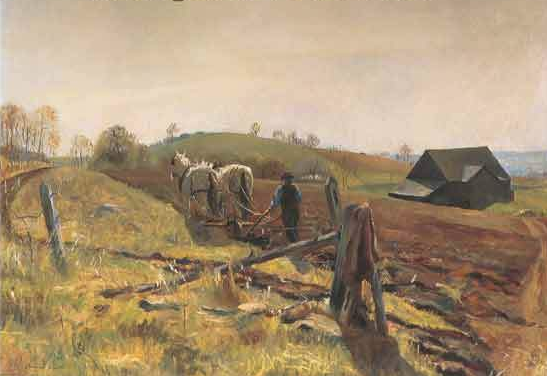 Spring Landscape at Kuerners - 1933
The sky is slightly cropped in this image. It was painted in oils when Wyeth was about 16. He switched to watercolors and tempera not long after he made this. 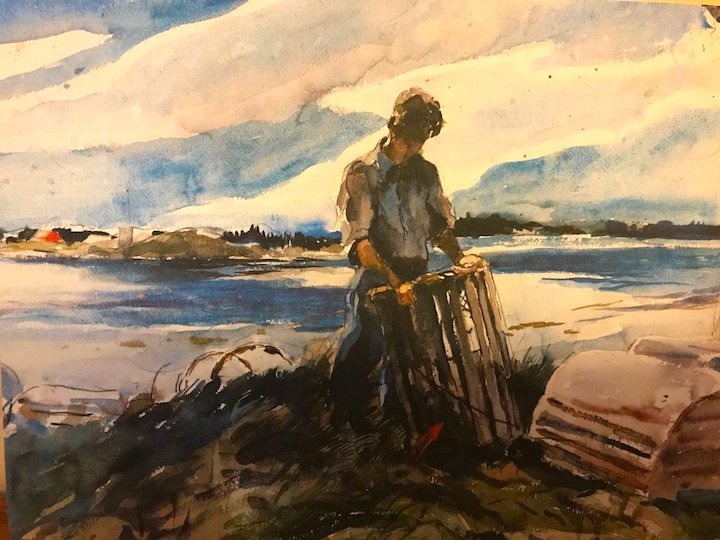 Lobsterman - 1937
Wyeth was about 20 when this watercolor was painted. 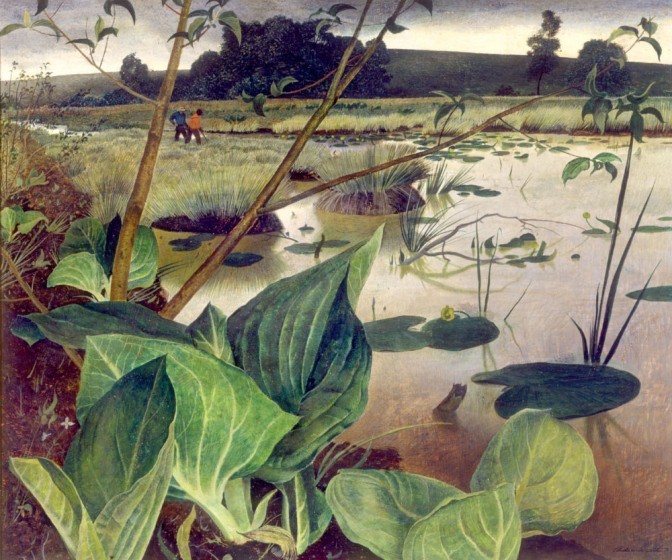 Frog Hunters - 1941
He was still using bright colors at this point: that would soon change.

Public Sale - 1942
By about age 25 Wyeth was settling into colors and techniques that he would largely follow for the rest of his career. 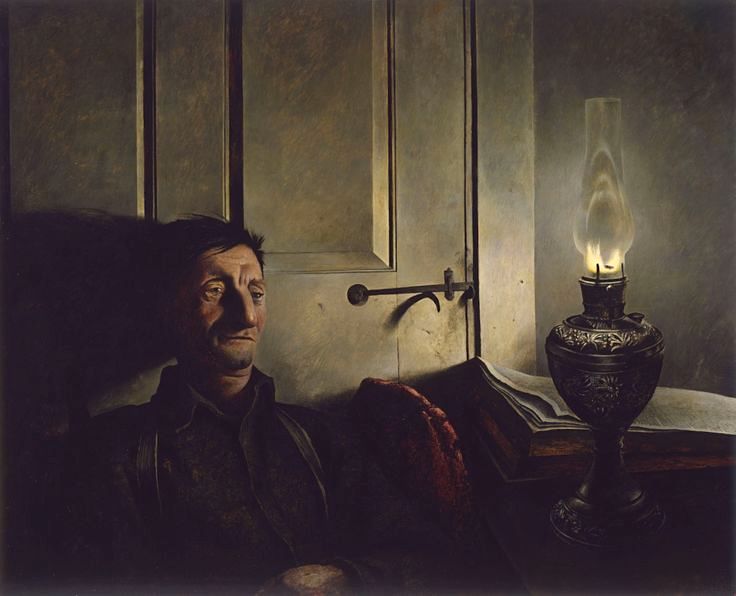 Oil Lamp - 1944
Another wartime painting. Wyeth's health made him unfit for military service. 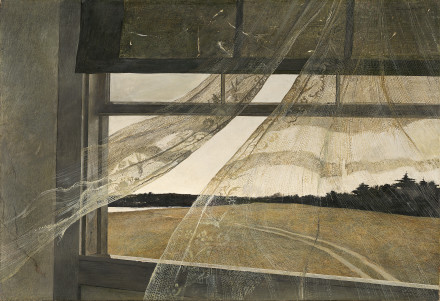 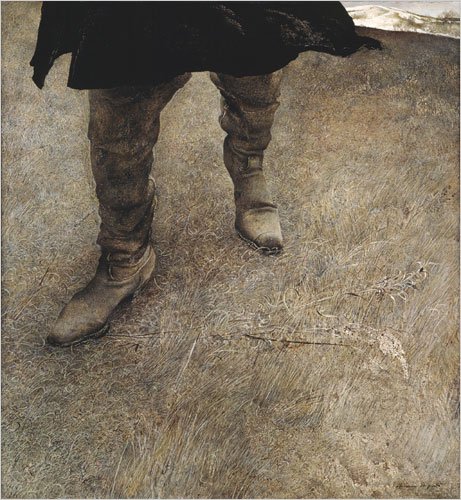