Jim Holdaway (1927–1970) died of a heart attack a few months shy of his 43rd birthday. Like some other talented artists who died young, he had already become famous. This for comic strip fans due to his work during the early years of "Modesty Blaise." Some background information is here and here.

The strip was launched in London's Evening Standard newspaper. Since London papers were national in scope, syndication opportunities in the United Kingdom were limited and that was a constraint on British strips -- potential income streams were limited compared to those in the continent-wide American newspaper scene.

Nevertheless, Modesty Blaise caught on, largely due to Holdaway's art, and it was syndicated in many parts of the Commonwealth as well as in the USA.

Holdaway combined skilled representational drawing with the ability to compose a variety of dramatic viewpoints even in one three-panel strip. His basic approach was to include strongly shaped areas of pure black with thin pen or brush lines. He also made use of cross-hatching and sometimes even downplayed the black if that suited the scene he was depicting.

Below are some sample strips grabbed from various Web sites intended to give you a sense of what he accomplished. Click on them to enlarge.

Especially note the middle panel's detailing.  Yes, the sidewalk's perspective is exaggerated, but the Rolls-Royce is convincingly done.

This strip is sparing in black areas, but Holdaway added some cross-hatching to liven things. He was very good at indicating folds in clothings.

I include this to show he was good at doing ships of various kinds. 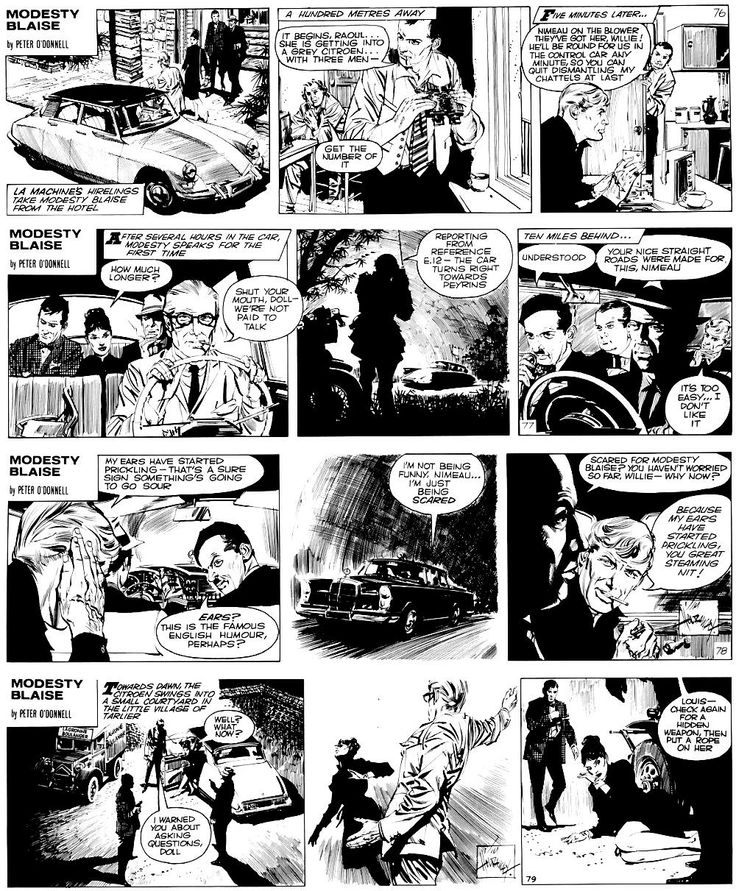 Making Modest Blaise convincing, Holdaway made sure to draw cars such as the Citroën DS-19 and Mercedes 300 accurately. 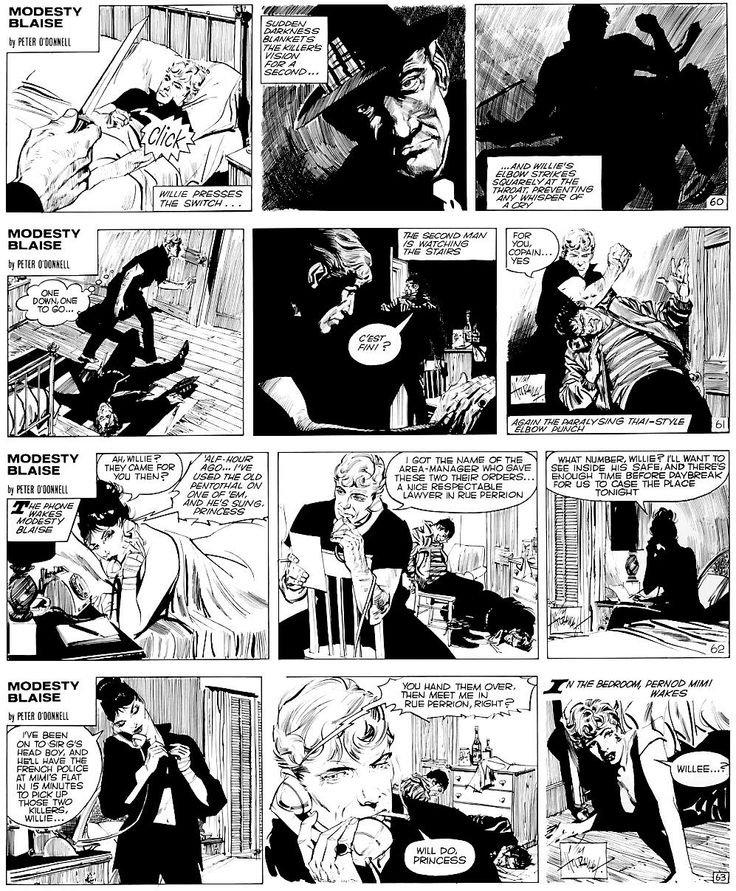 These panels show Holdaway's talent for dramatic use of scene illumination.
Posted by Donald Pittenger at 1:00 AM