Field Marshal Bernard Law Montgomery, 1st Viscount Montgomery of Alamein (1887-1976) is famous for winning the battle of El Alamein where he defeated the Axis forces led by Rommel, the Desert Fox, and for leading Allied ground forces in the 1944 D-Day invasion of Europe. His Wikipedia entry is here.

Montgomery was photographed countless times, as any on-line image search reveals. But given his fame and status, he was occasionally portrayed in oils. Most of the ones I found on the Web are shown below. As best I can tell, several -- perhaps most -- used photographic references rather than having been done from life. This was because most were painted during World War 2 when he was extremely busy on campaigns or involved in D-Day preparations. Also, they all depict Monty 1943-1945 -- at essentially the same age. 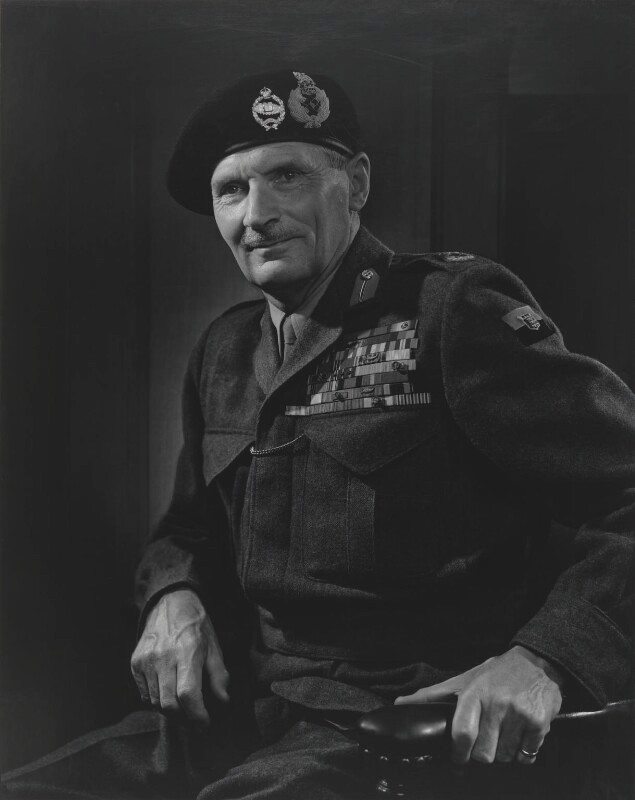 By Yousuf Karsh - 1946
Reference photo by the famed Karsh of Ottawa. 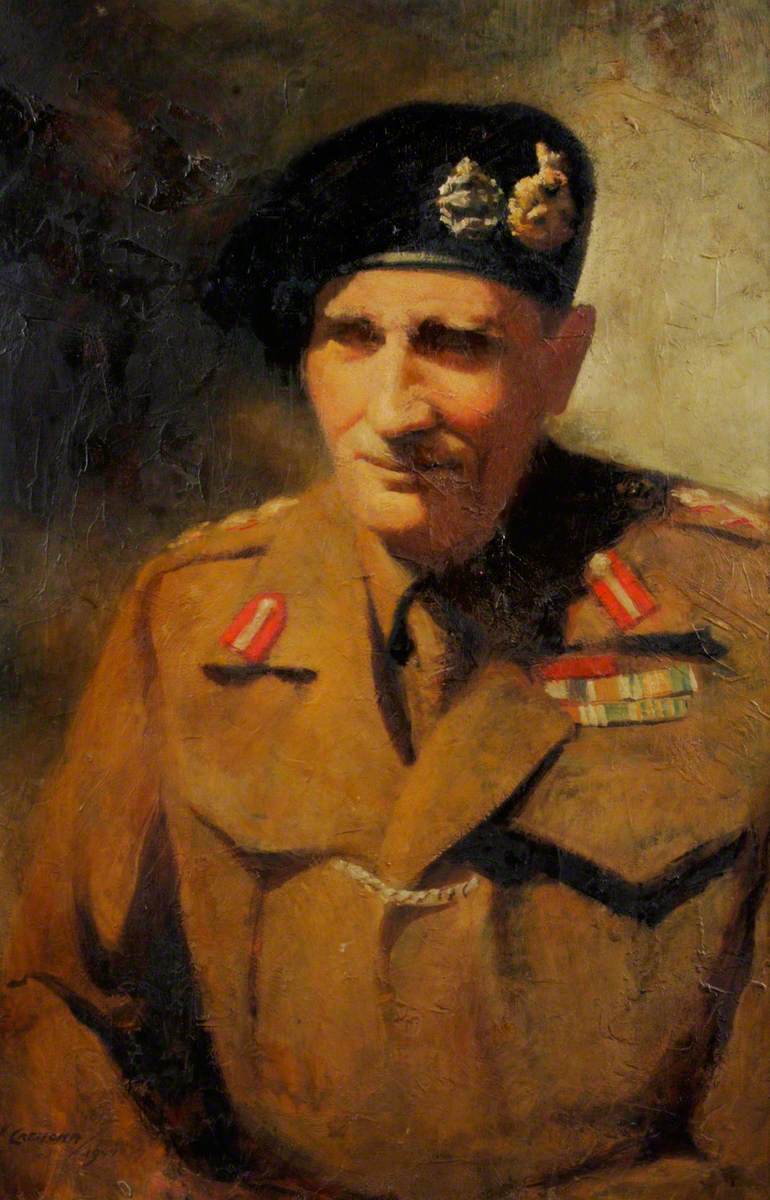 By Emanuel Cremona - c. 1943
Montgomery was known for having piercing blue eyes, but this portrait ignores that feature. 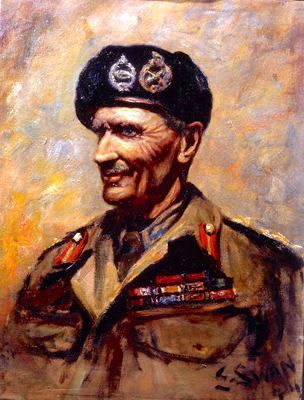 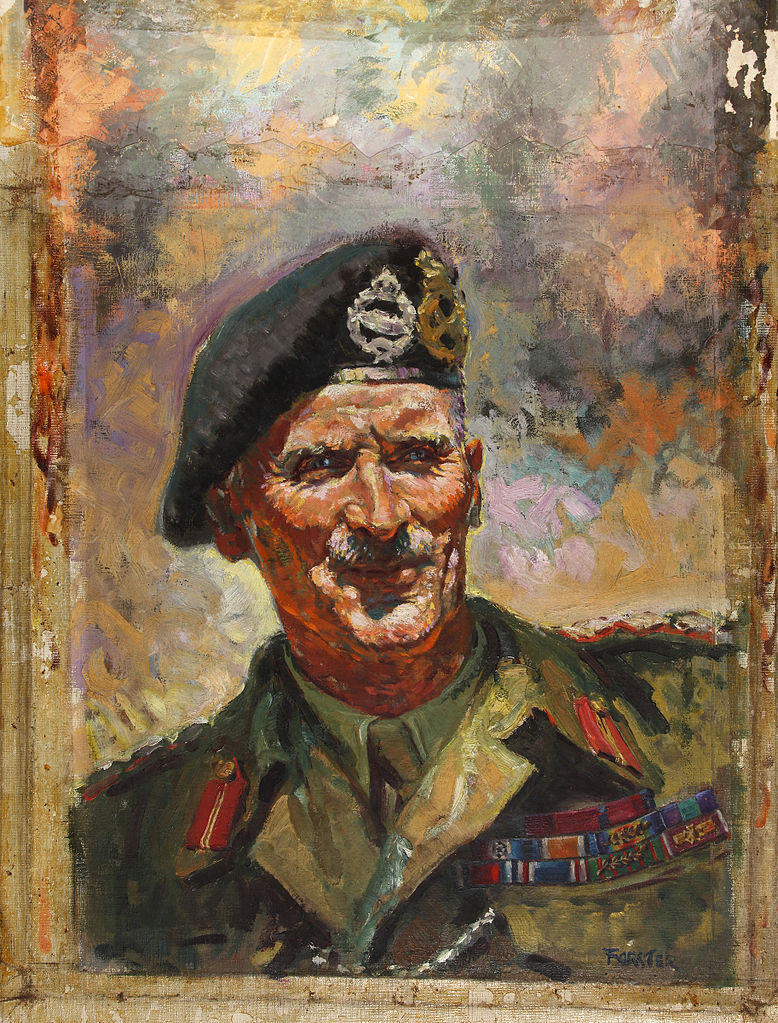 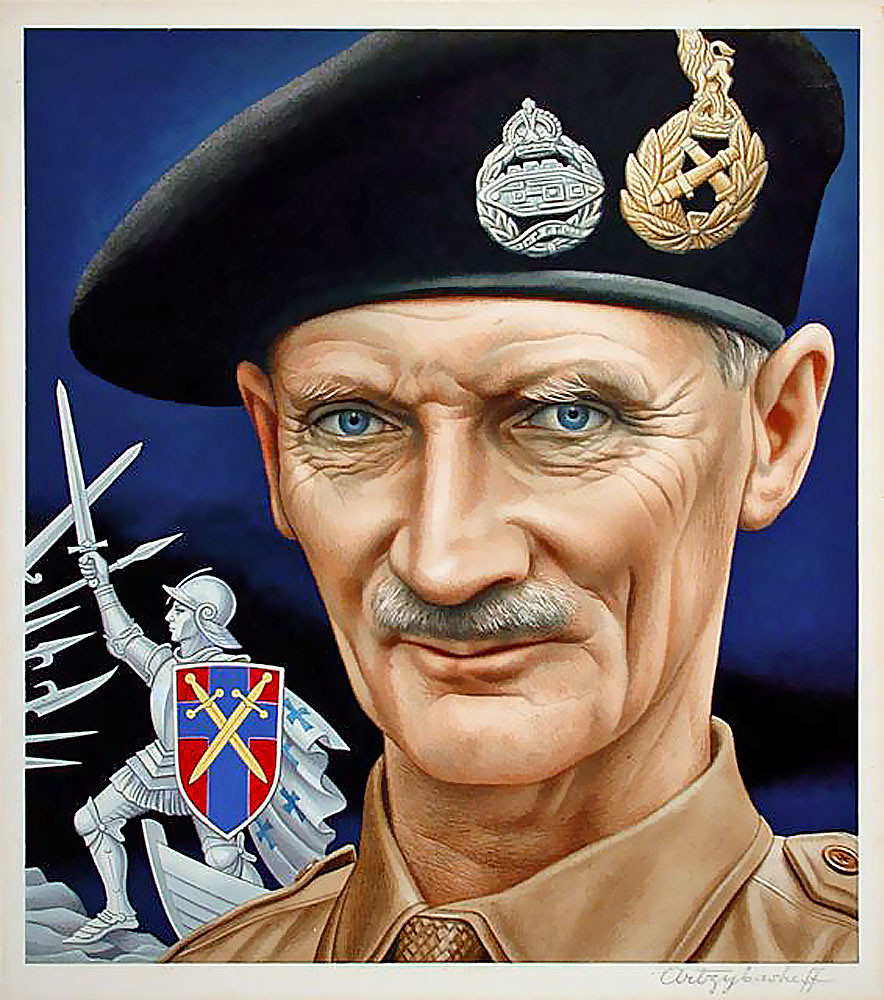 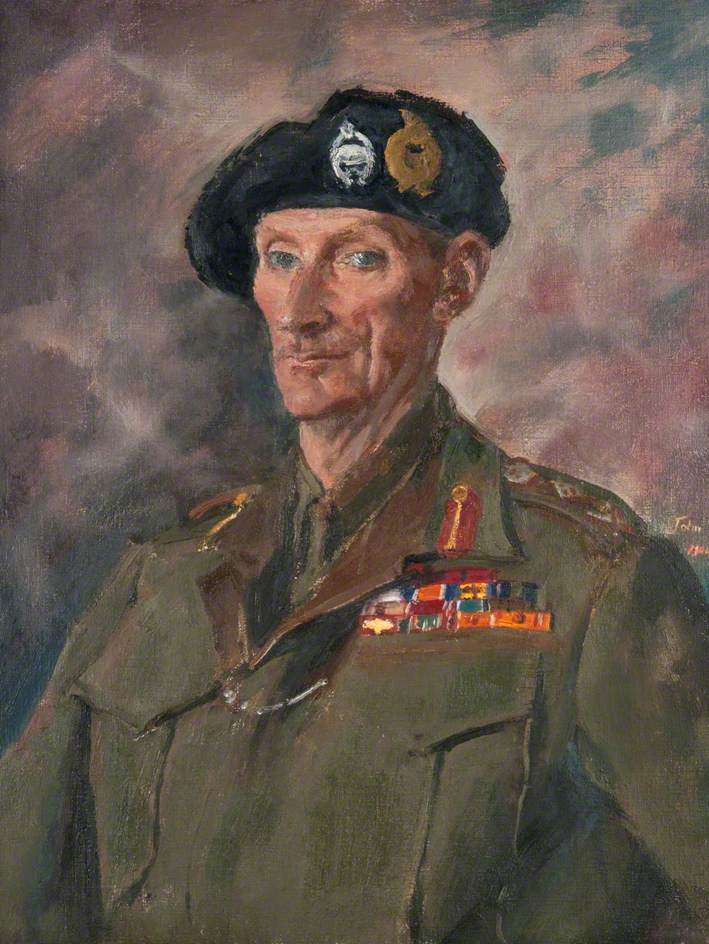 By Augustus John - 1944
Another sketchy portrait, but by a famous artist. John had enough in the way of reputation and connections that it's possible Monty might have sat for him. 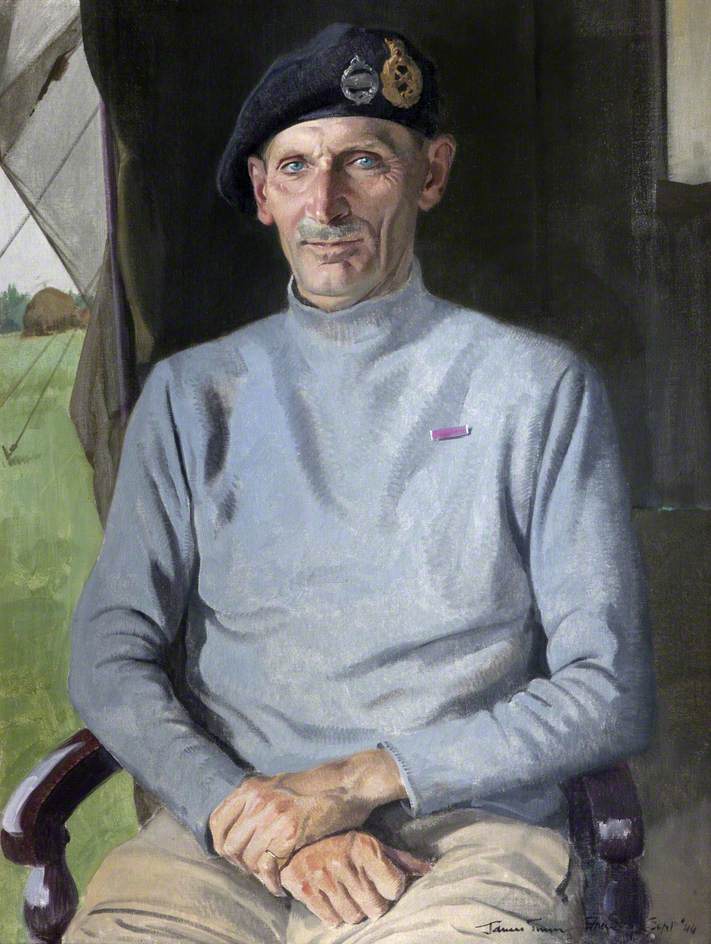 By James Gunn - 1944
Gunn was another well-known artist, and Montgomery might have sat for him as well. Generals in the British and American armies were allowed to deviate from regulation attire, and Monty notoriously wore sweaters and corduroy trousers. Here his attire is different from that, but still informal. I cannot positively identify the medal ribbon on his chest. 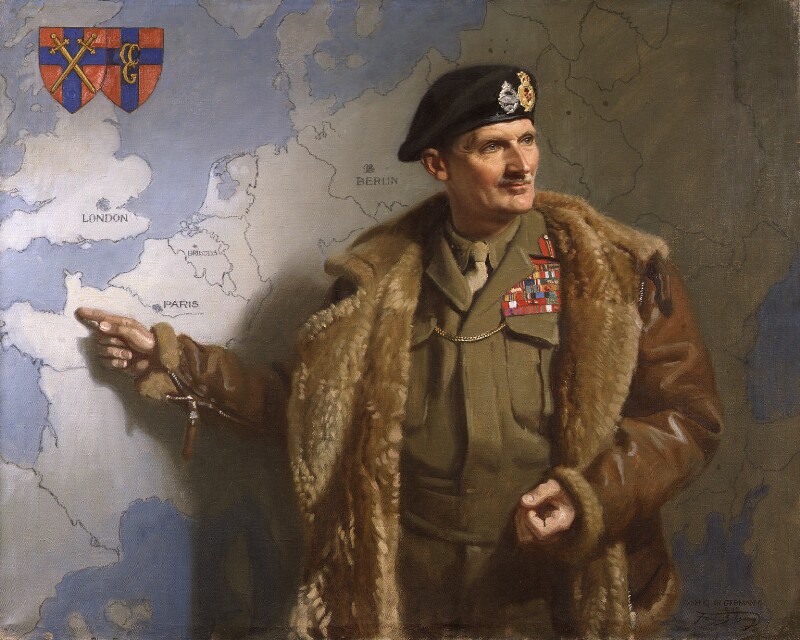 By Frank Salisbury - 1945
This pleasing portrait might have been painted after the German surrender in May of that year. 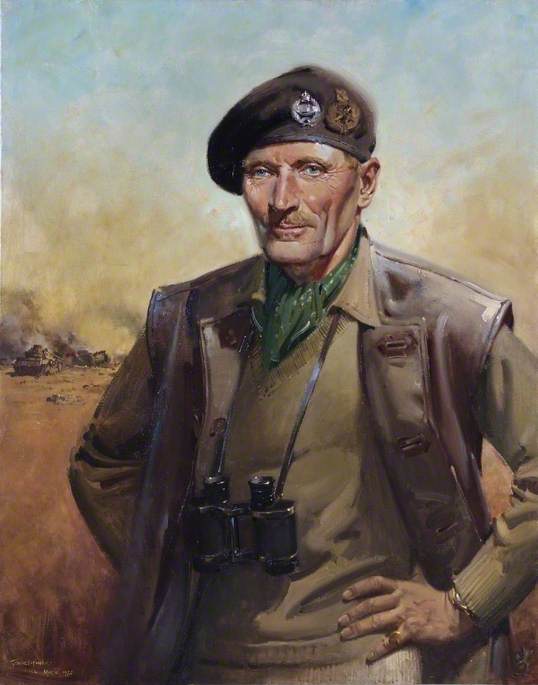 By Terence Cuneo - 1972
Painted before Monty died, but based on photos by the skilled painter-illustrator Cuneo. This was commissioned for the UK Defense Academy.
Posted by Donald Pittenger at 1:00 AM