John Held, Jr. (1889-1958) was one of my favorite cartoonists when I was young. I even did a variation of his style while on the staff of my high school yearbook. In retrospect, Russell Patterson was his equal, perhaps his superior, in capturing the 1920s Jazz Age in cartoons.

Held's Wikipedia entry is here, and here is my 2014 post dealing with him.

As my post indicated, there was more to Held than 1920s flappers and sheiks. An aspect of his work that I find curious is the set of woodcut (and woodcut-like) cartoons he made for the New Yorker magazine and perhaps other venues. One curiosity is that the subject matter -- 1900-vintage, not sophisticated 1920s and 30s New York City settings -- always struck me as not in synch with the New Yorker's character. I suspect that the reasons they appeared at all was because (a) Held was famous, and (b) he and New Yorker editor Harold Ross were high school friends in Salt Lake City.

Held must have liked doing wood/linoleum cuts, and justified the historic subject matter as in keeping with the medium.  Also, there was strong contrast with the style of his cartoons dealing with current (Jazz Age) subjects. 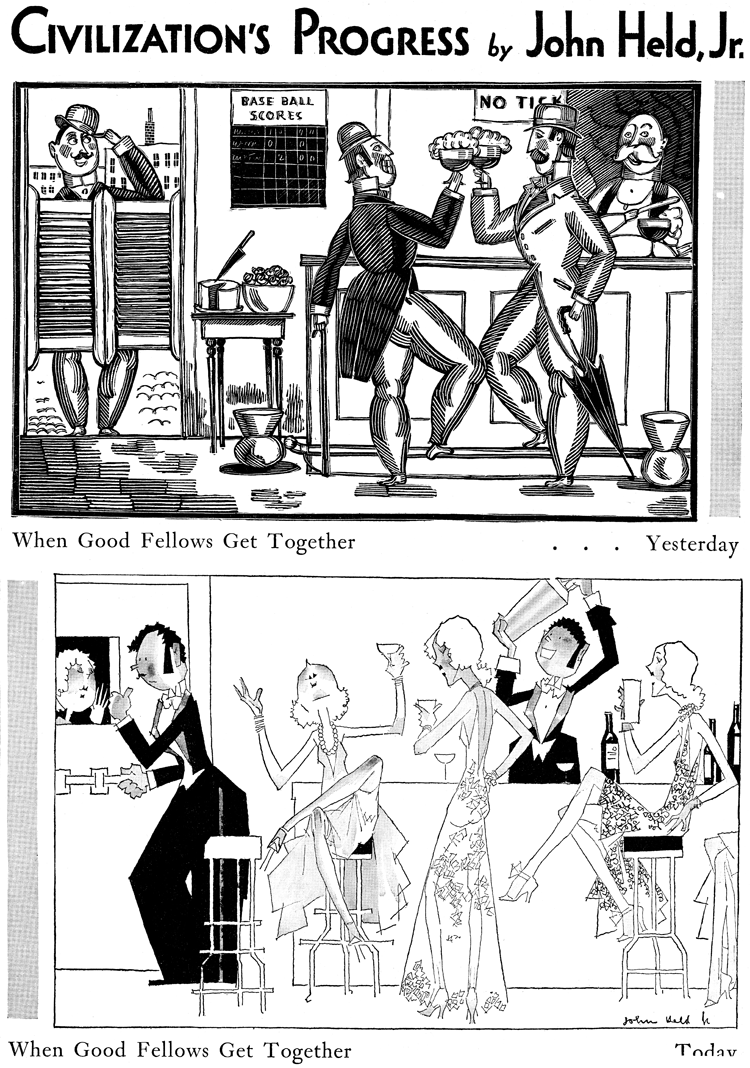 The set above includes the woodcut style and the cartoon style for which Held is famous. 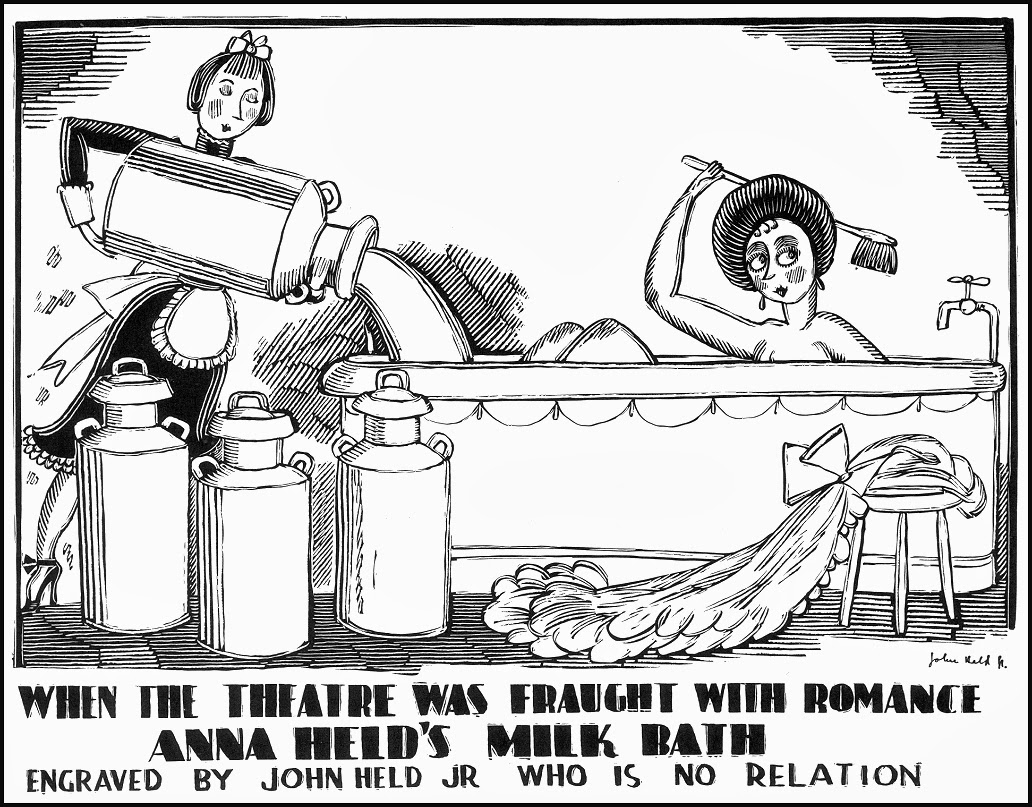 Anna Held once famously had a milk bath.  This seems to be a scratchboard simulation of a woodcut (note his signature). 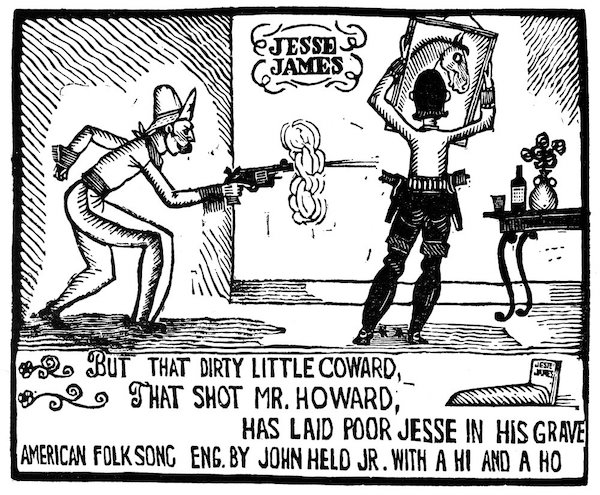 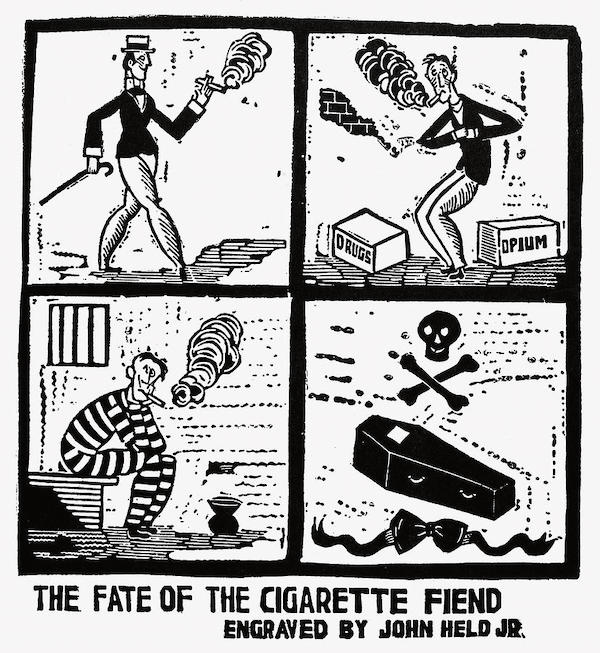 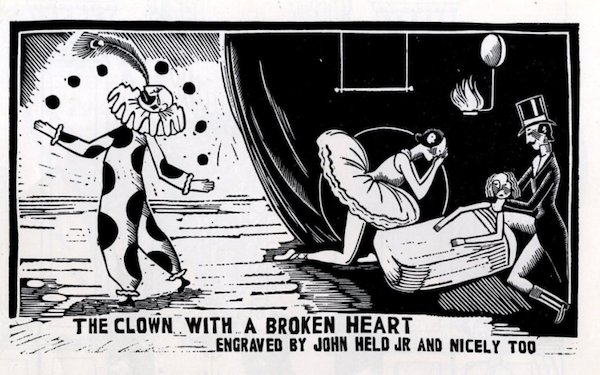 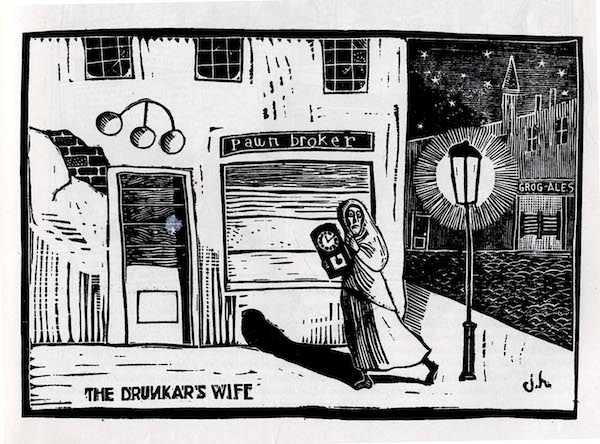 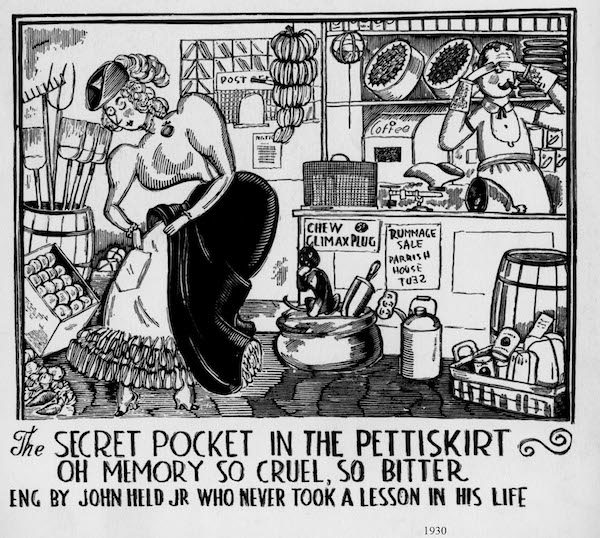 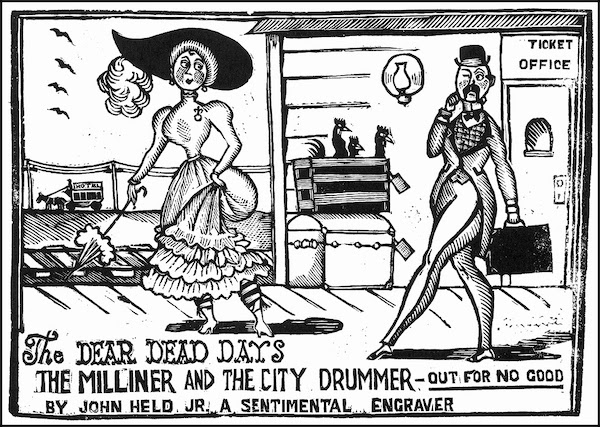 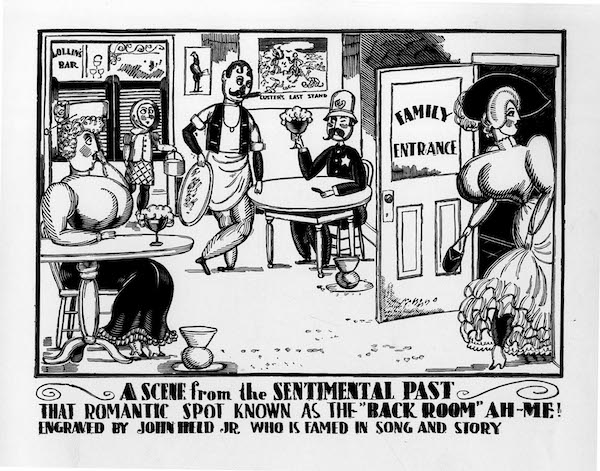