Along with multiple portraits of famous people, now and then I'll present different versions of people for whom there is no photographic evidence or even people who are fictitious. The latter is the subject of this post.

Originally serialized in a magazine, Edgar Rice Burroughs' first story about John Carter of Mars -- "A Princess of Mars" -- eventually appeared in book form using that new title. That princess was Dejah Thoris, who naturally was featured on cover art for the many editions that appeared over the years.

If you do a web search on Dejah and call up images, you will see movie images as well as many cartoon-like illustrations. Those are ignored here. Below are book cover illustrations showing Dejah, allowing you to note the various ways artists chose to depict her. I also reveal which is my long-time favorite. 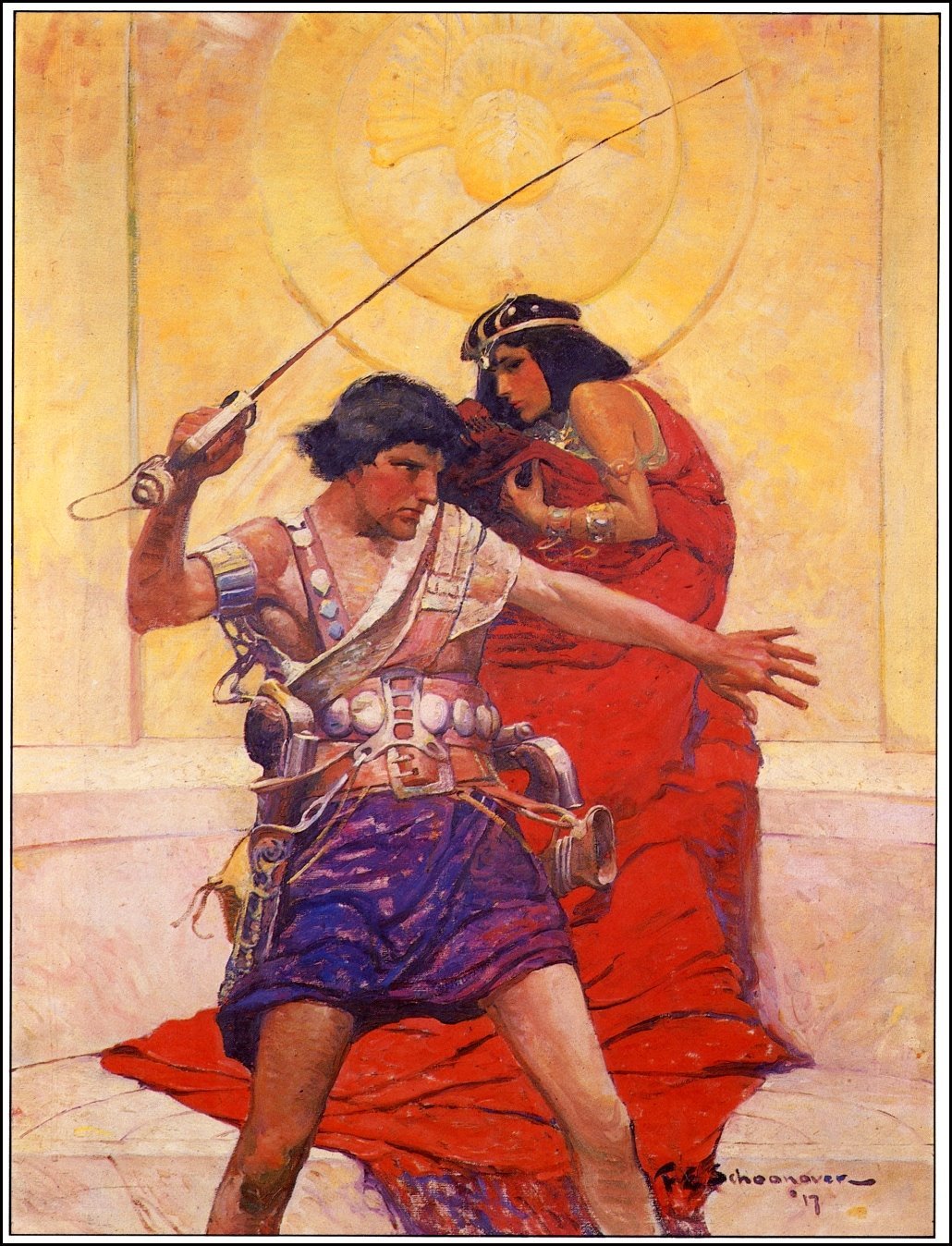 "A Princes of Mars" cover art, Frank Schoonover - 1917
This is the earliest book cover, painted by noted illustrator Frank Schoonover. Here Dejah takes the form of an attractive Egyptian princess. 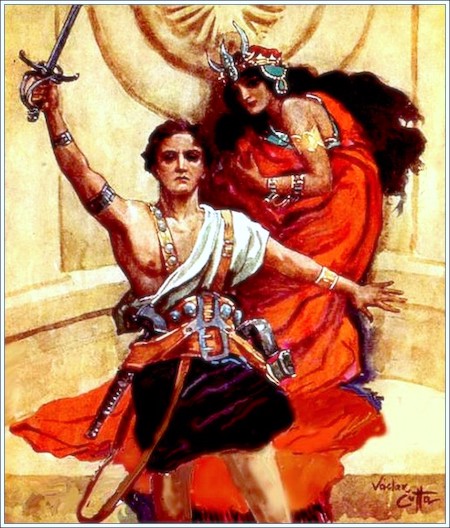 "A Princes of Mars" cover art, Vaclav Cutta
This is from a Czech edition, where she reminds me of 1920-vintage Hollywood exotic females. 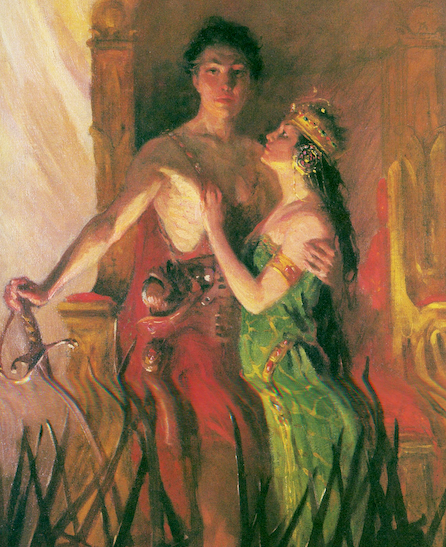 Cover art for "The Warlord of Mars", J. Allen St. John
St. John famously illustrated many Borroughs books. Here too Dejah has a period Holywood appearance. However, John Carter really ought to look like Rudolph Valentino so as to match Dejah's Theda Bara, but he doesn't. 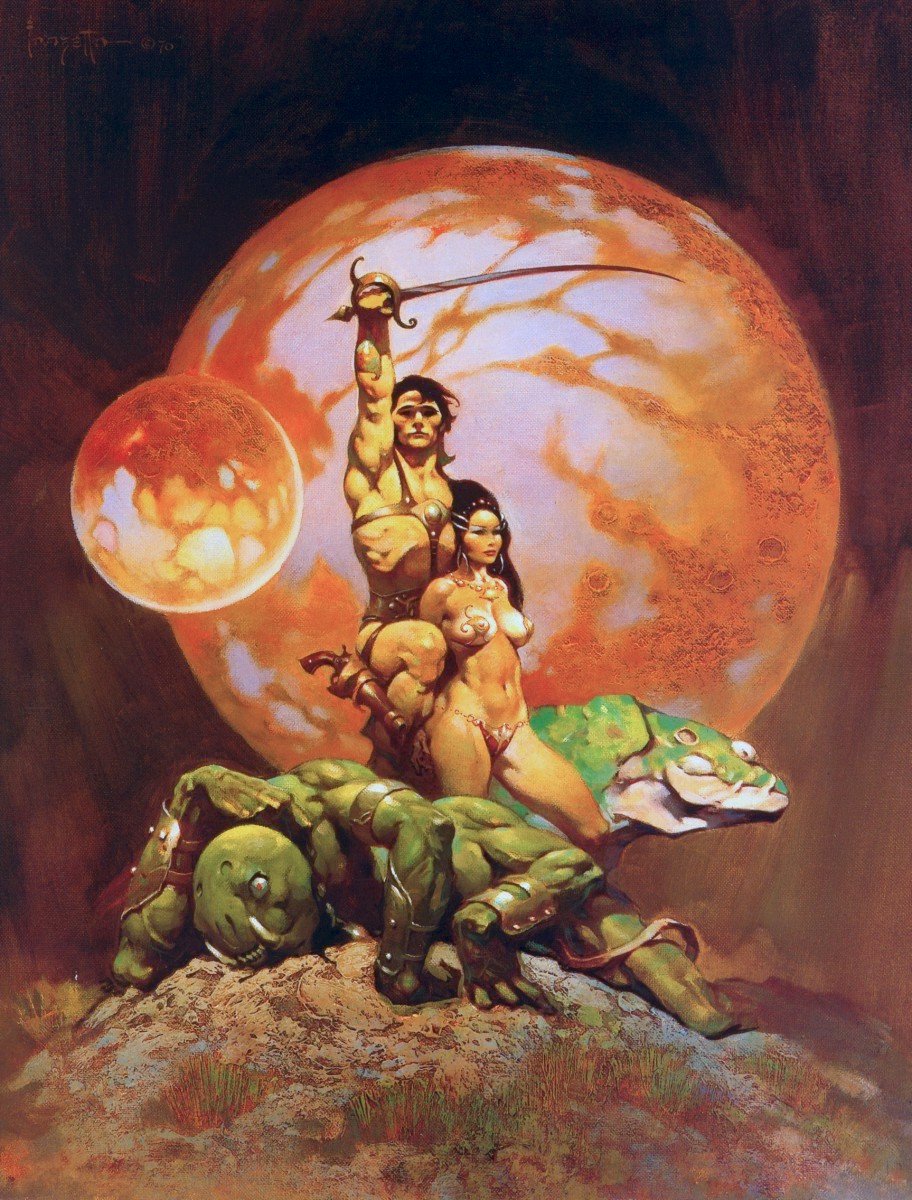 "A Princes of Mars" cover art, Frank Frazetta - 1970
Frazetta was hugely influential in the field of fantasy illustration, and his somewhat cartoon-like Dejah has been the model for most later illustration versions (that are not shown here). 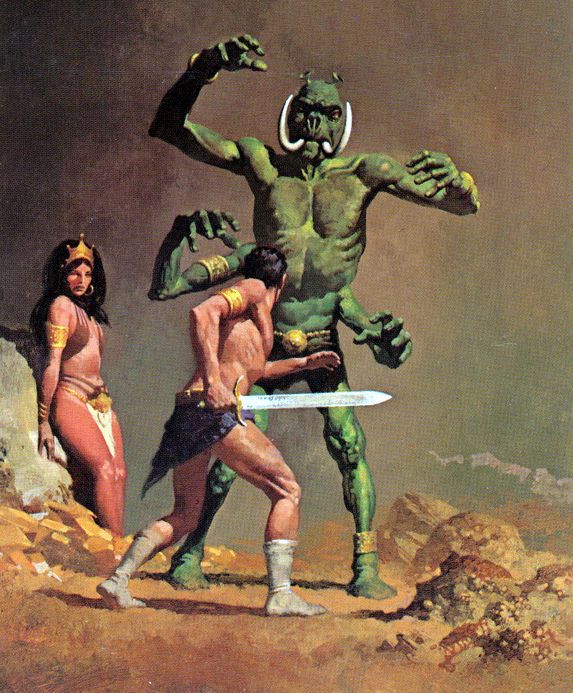 "A Princes of Mars" cover art, Gino d'Achille - 1973
Here she is scantily clad, but not in a voluptuous pose. 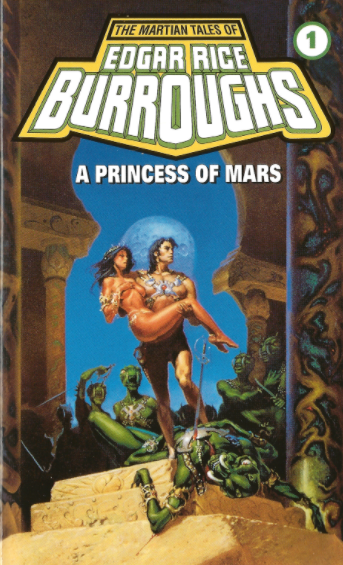 "A Princes of Mars" cover, Michael Whelan
Whelan gives Dejah a fabulous body, but again her pose is more modest than in Frazetta's version. 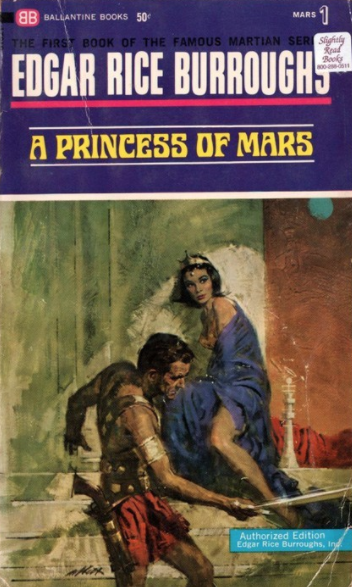 "A Princes of Mars" cover, Robert Abbett - 1963
Now this is my all-time favorite Dejah Thoris. 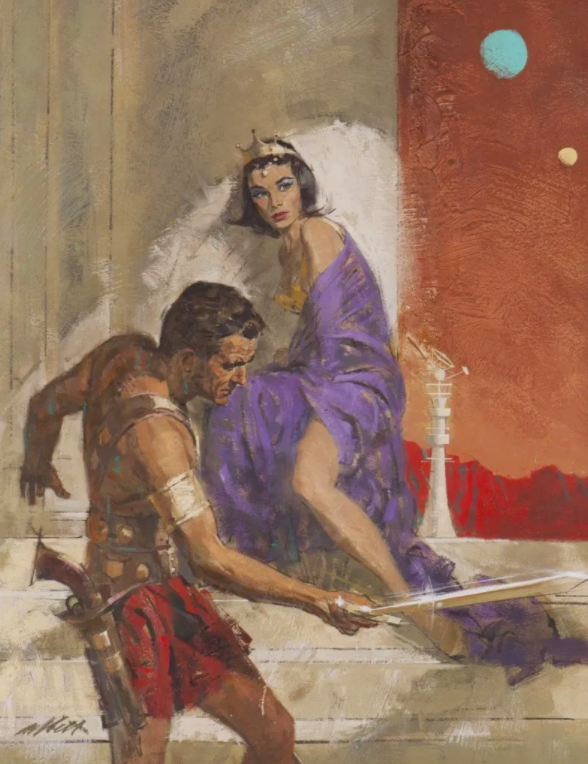 "A Princes of Mars" cover art, Robert Abbett
The original artwork, where the color is less hyped than on the book cover.
I first spotted the Abbett cover back in 1963 or 1965 at a news shop in, I think, Grand Central Terminal in New York City. It struck me so strongly that I simply had to buy a copy. Eventually the book disappeared from my collection. Years later, perhaps around 2014, I spied another copy at a book stall along the Seine in Paris, scooping it up for three euros. My problem was that I could not decipher Abbett's signature, increasing my long-term frustration regarding who did the artwork. Thankfully, a recent Web search allowed me to find that it was Robert Abbett, an illustrator I was unfamiliar with.

I also came across this commentary on the illustration by Gregory Manchess, an artist whose work I greatly respect. I was pleased that I wasn't the only one who appreciated Abbett's believable Dejah Thoris over the other versions.

"This to me is one of the best A Princess of Mars covers ever done for the series. Painted in the mid-sixties, it captures that era of paperback style: from the handsome Napolean Solo look of John Carter, to the blue eye-shadowed, brunette Deja Thoris...

"From the wonderful color scheme of warm flesh against cool greens to the slap-dash brushwork, this painting has carried my interest for 40+ years. I love the way Abbett’s brush strokes carve around Deja’s shoulder and hair; I love the angle on John’s back and shoulders. Even the foreshortened sword is right on...

"But here’s where it gets me. Have you ever seen a sexier knee on a paperback? Exquisite."
Posted by Donald Pittenger at 1:00 AM