Many posthumous images exist of Cleopatra VII Philopator (69 BC - 30 BC) -- Wikipedia entry here.  A few of them are presented below.

Cleopatra is famous for her involvement with Julius Caesar and Marc Antony at the time the Roman republic was transitioning into an empire.  She is even more famous because of her suicide by an Asp biting her breast -- this being the subject of many paintings of her, breasts and drama being irresistible for many painters.

She was famous in her time for her beauty and charm that captivated Rome's mightiest men.  Yet we do not know exactly what she looked like.  The Wikipedia link above contains some images and speculation, and here is an example of further speculation.

The images below are mostly paintings by late-nineteenth century artists.  That was a period when subjects from Classical times were popular.. 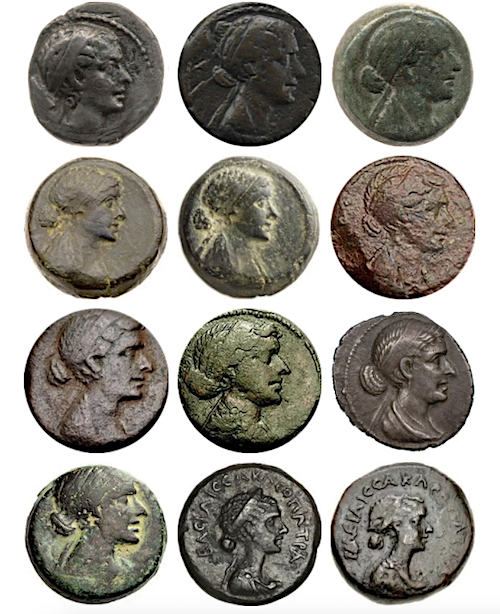 Coins issued by Cleopatra (via the second link above)
Most speculation centers on her nose.  It was prominent, but its shape varies from coin to coin.  Despite what some have claimed, Cleopatra was not "African," being a descendent of a Greek officer who claimed the Egyptian part of Alexander the Great's empire upon the latter's death. 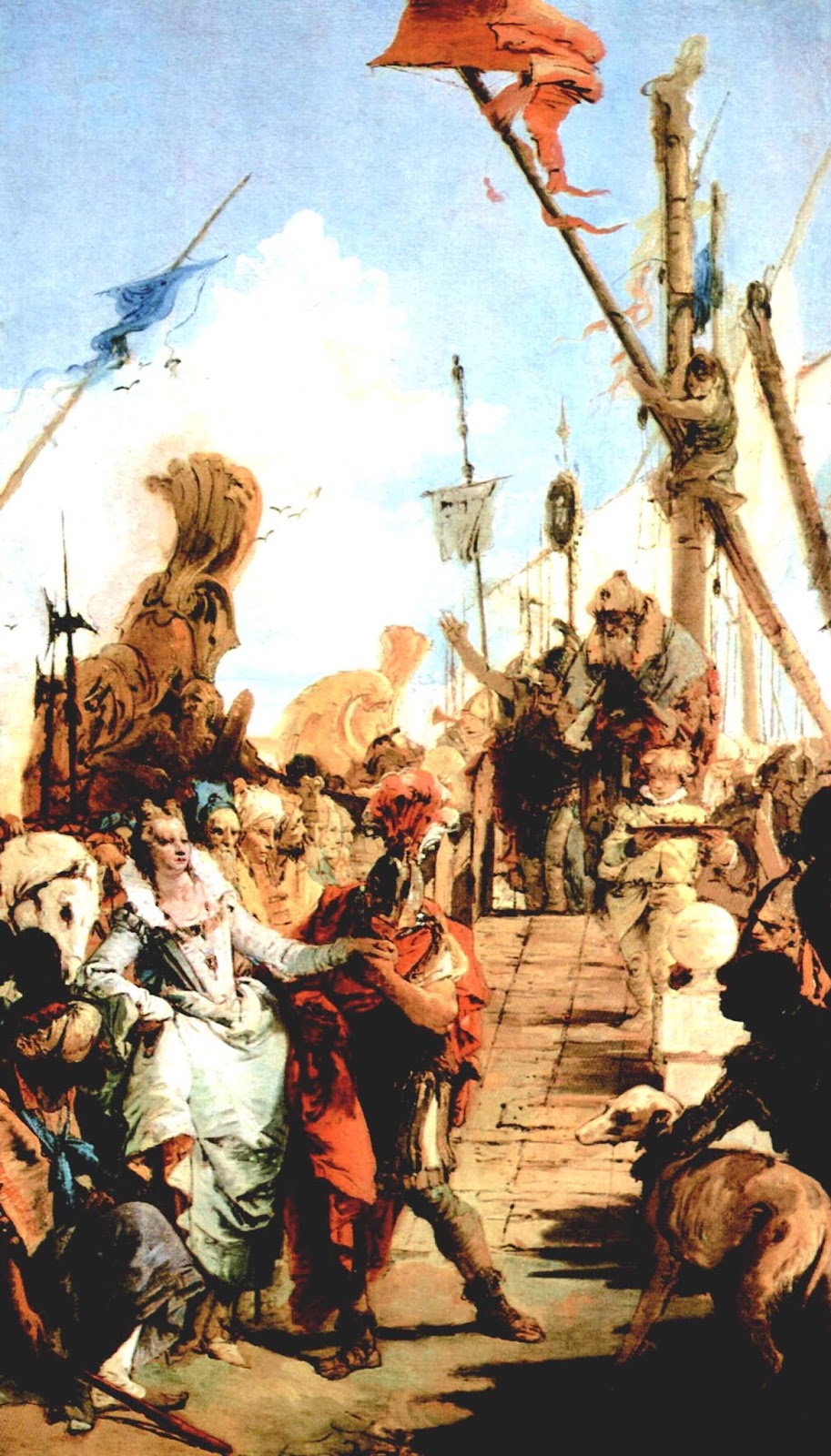 Tiepolo, Giovanni-Batista - The Meeting of Marc Anthony and Cleopatra - 1749
An example of an 18th century depiction by a famous artist.  Tiepolo, as he often did, used the face of a favorite model to depict Cleopatra.  As was also common before the 19th century, he has her dressed in contemporary garments. 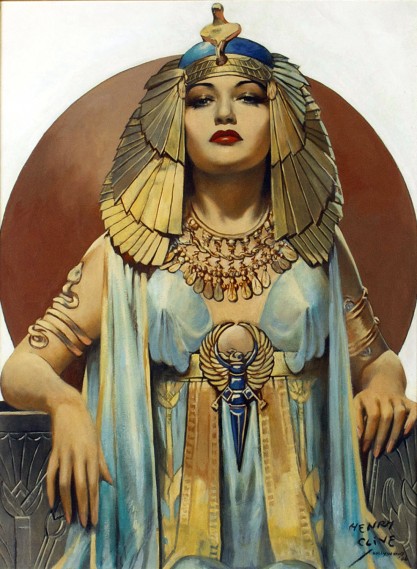 Clive, Henry - Cleopatra, American Weekly magazine cover illustration - 13 October 1946
This is a comparatively recent depiction.  Cleopatra's lipstick is very-1946, as is her eye and eyebrow makeup.  Female beauty standards seem to be time-dependent. 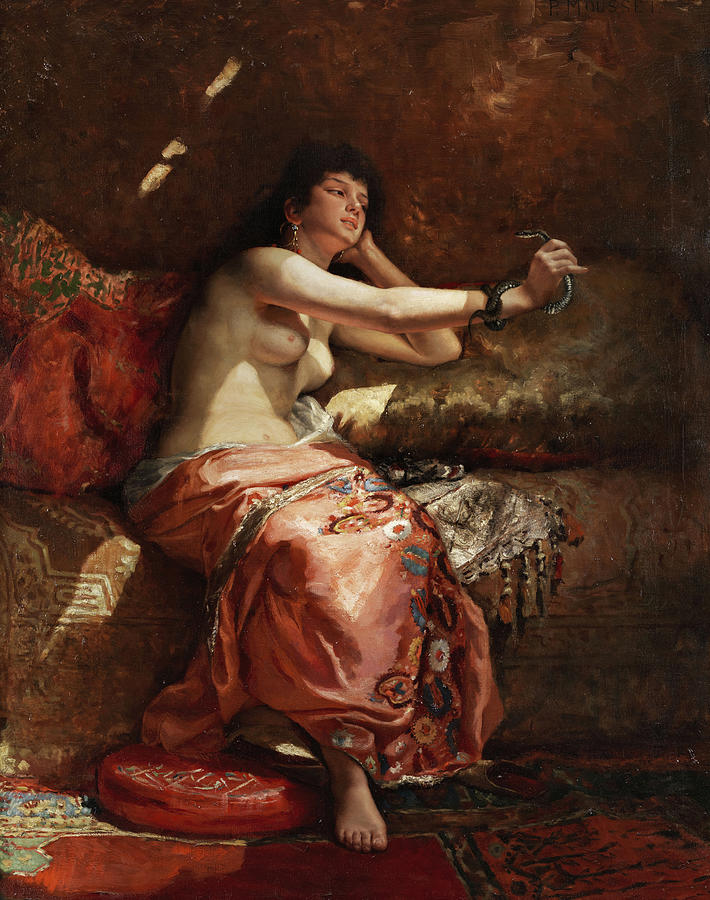 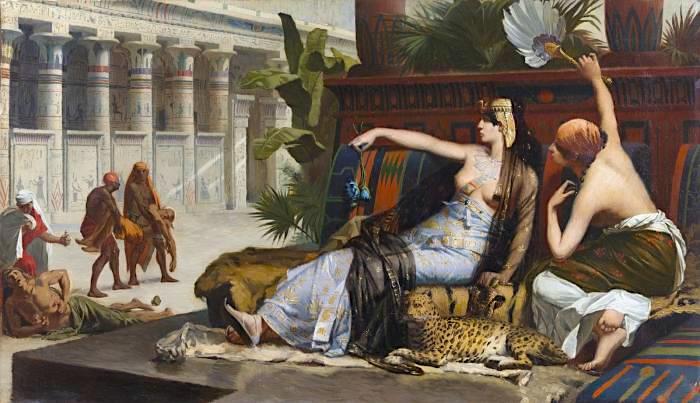 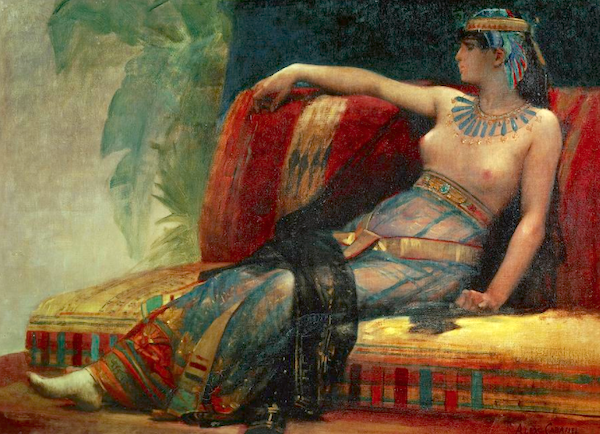 Cabanel, Alexandre - Cleopatra - c.1887
Perhaps a study for the painting in the previous image. 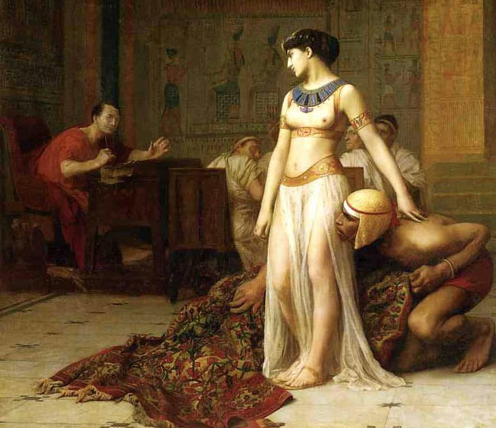 Gérôme, Jean-Léon - Cleopatra Before Caesar - 1866 (cropped)
Gérôme made many Orientalist paintings, so this must have been an easy variation.  His version of Caesar in the background seems odd -- especially the pose and the long neck. 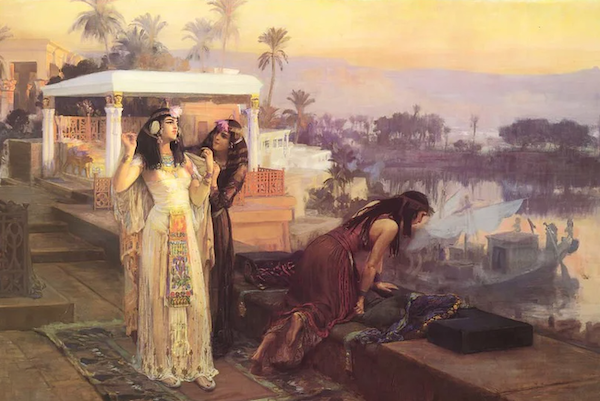 Bridgman, Frederick - Cleopatra on the Terraces of Philae - 1896
An example of a 19th century non-suicide view of Cleopatra. 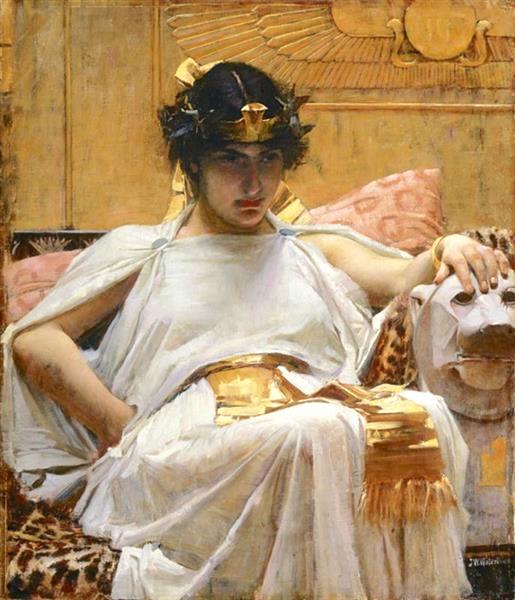 Waterhouse, John W. - Cleopatra - c.1887
A psychological study of the queen perhaps contemplating suicide.
Posted by Donald Pittenger at 1:00 AM