Joaquín Sorolla y Bastida (1863-1923) was perhaps the most outstanding Spanish painter during the years 1895-1920.  His Wikipedia entry is here.

I wrote a lengthy post dealing with my visit to the Sorolla museum in Madrid.   I also wrote about some of his early paintings.

The present post expands on the post just cited.  Below are images of his works during the 1880s decade when he was in his late teens to mid-twenties.  He was young, his mature style had yet to appear, and he needed to make paintings to satisfy student requirements or to earn some money and become established as a professional artist.

Readers might find it interesting to note the degree of skill that he had even in those early days.  They might also try looking for signs of his later style (I failed to find much). 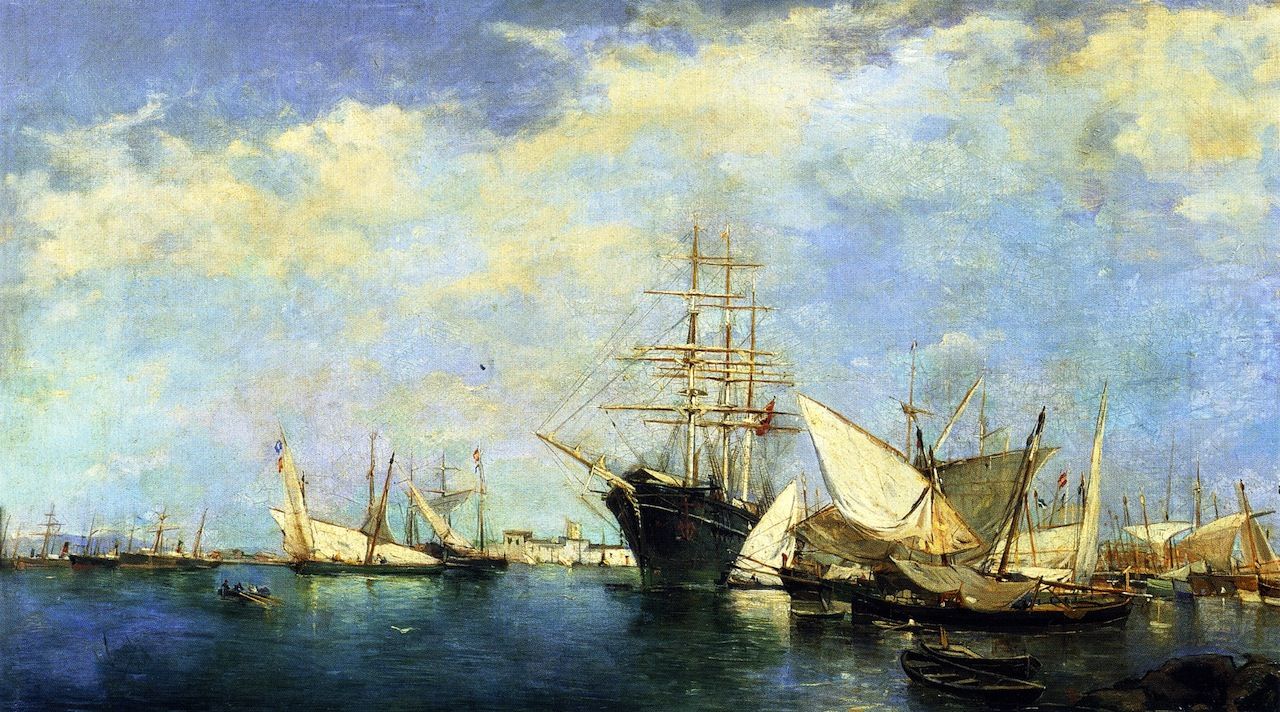 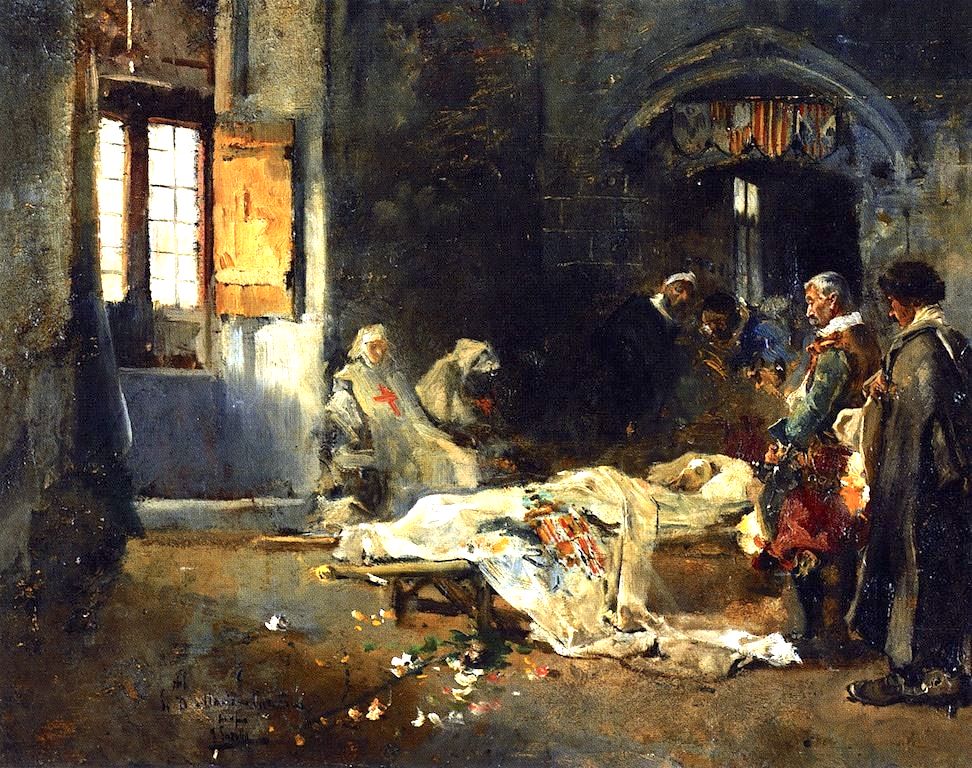 Escena histórica - 1883
This somewhat sketchy "Historical Scene" was made when he was twenty. 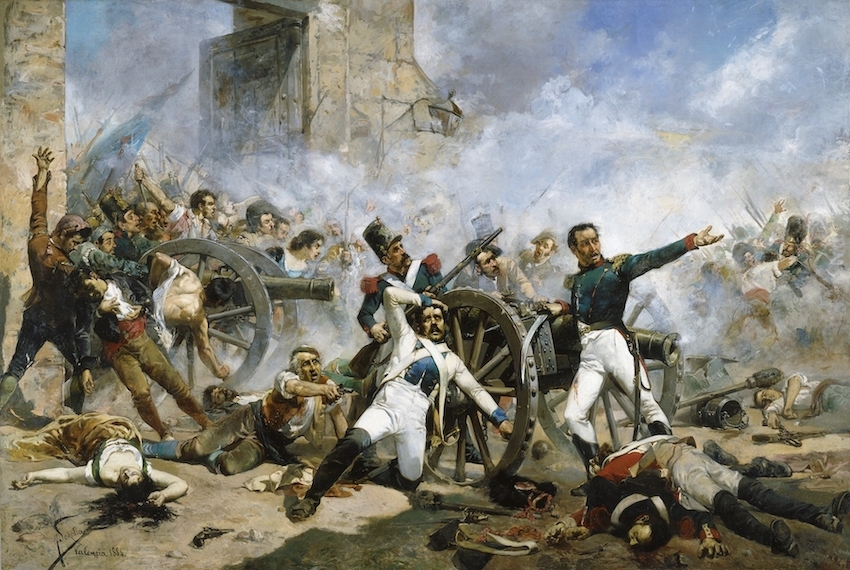 El dos de Mayo de 1808 - 1884
A year later he depicted a scene from the Peninsular War.  Here his style is crisp, illustration-like. 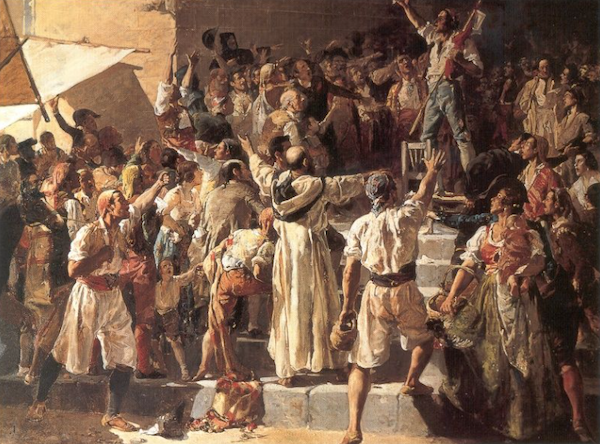 El grito del Palleter - 1884
From the same year, but more richly done.  His treatment of clothing hints at his later work. 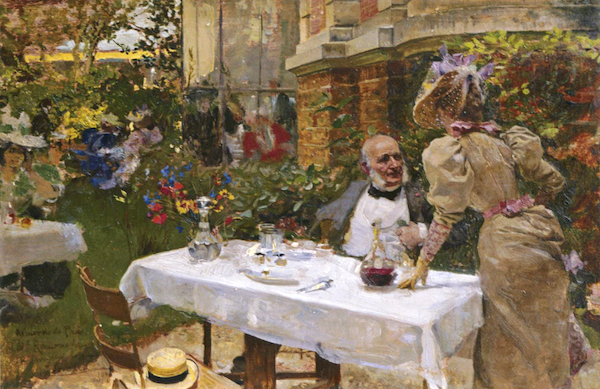 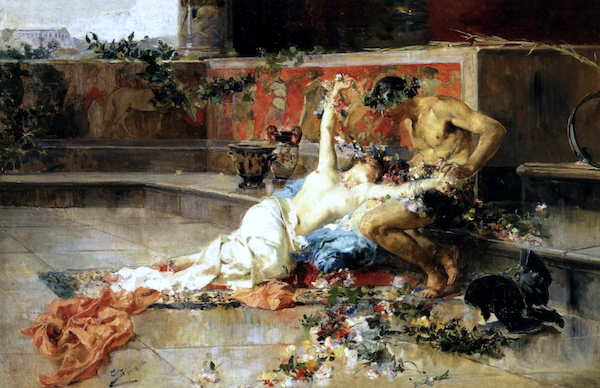 Mesalina en brazos del gladiador - 1886
Classical, mythological events were popular subjects, so here he painted something that Alma-Tadema might have done. 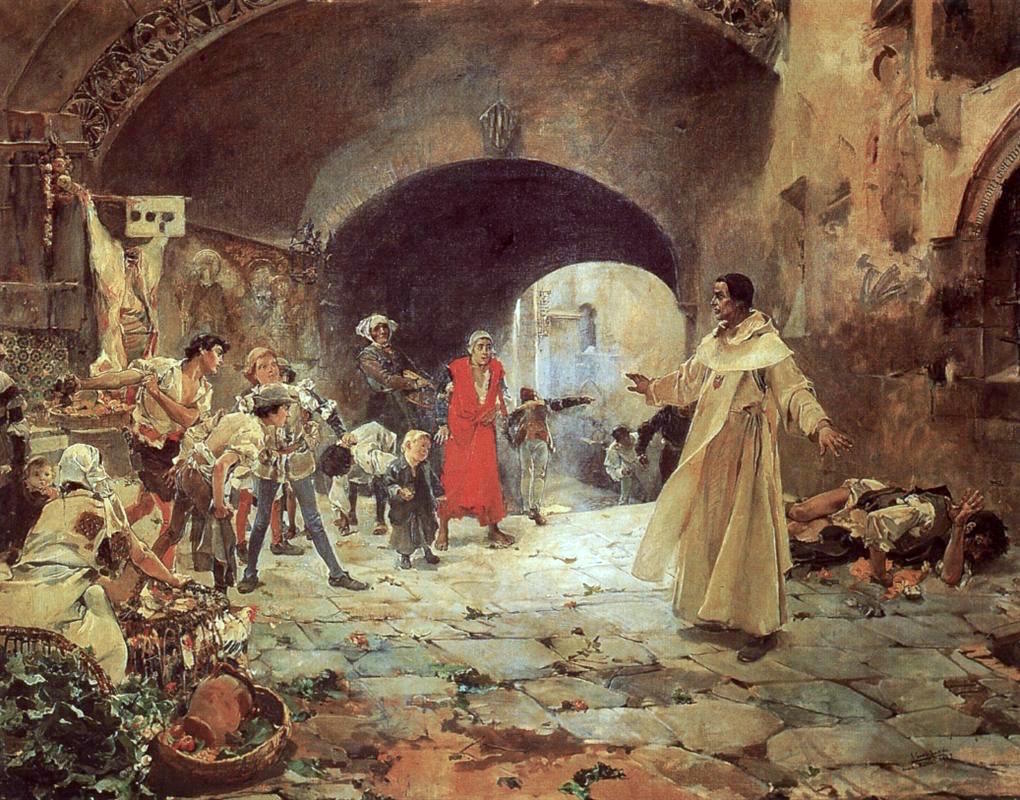 Father Jofré Protecting a Madman - 1887
Again, a bit sketchy in places.  A small hint of his mature style. 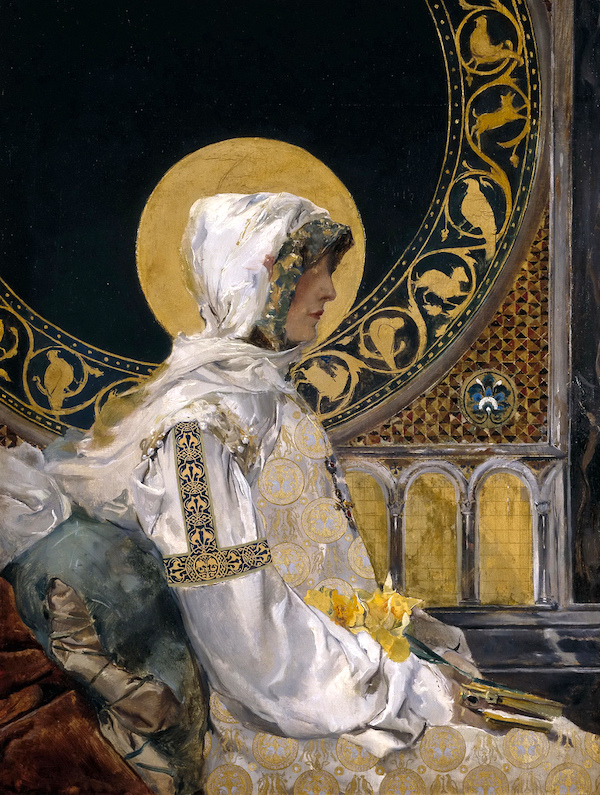 Santa en Oración - 1888
This formal pose was unusual for Sorolla. 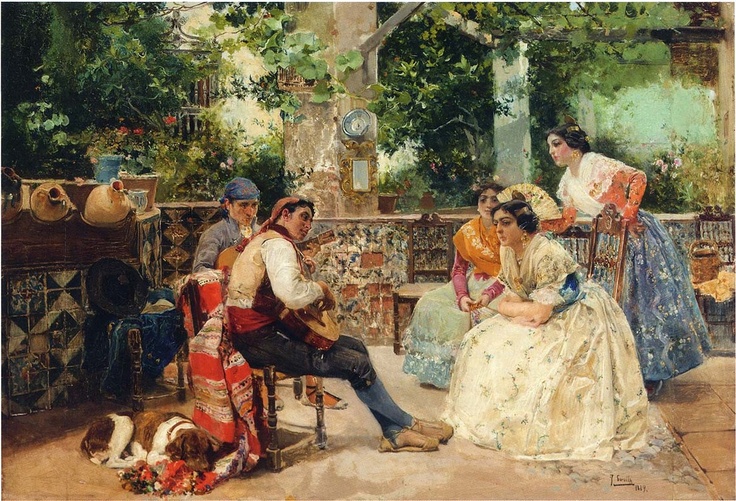 Los guitarristas, costumbres valcianeas - 1889
Another genre scene, this set in Valencia which was the site of many of his later works.
Posted by Donald Pittenger at 1:00 AM