Clarence Coles Phillips (1880-1927) lived a short, but highly productive life as an illustrator.  He was and is famed for his striking "fadeaway" compositions where areas of the subject's clothing color are identical to the flat background's color.

Two biographical sources (that differ in a few details) are here and here.

Much of Phillips' work was not in the fadeaway style.  I cover that in a separate post.  I think that it's likely that he would have abandoned fadeaway had he lived longer, because most illustrations in that style were made around the 1910-20 decade.

Below are examples of fadeaway illustrations.  Images are in chronological order; click on them to enlarge. 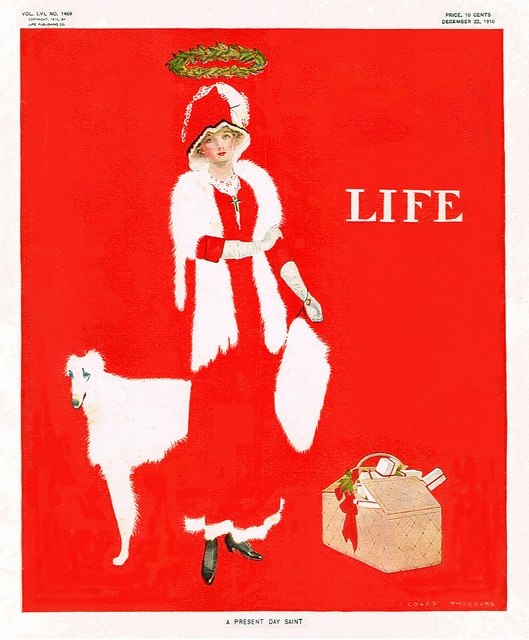 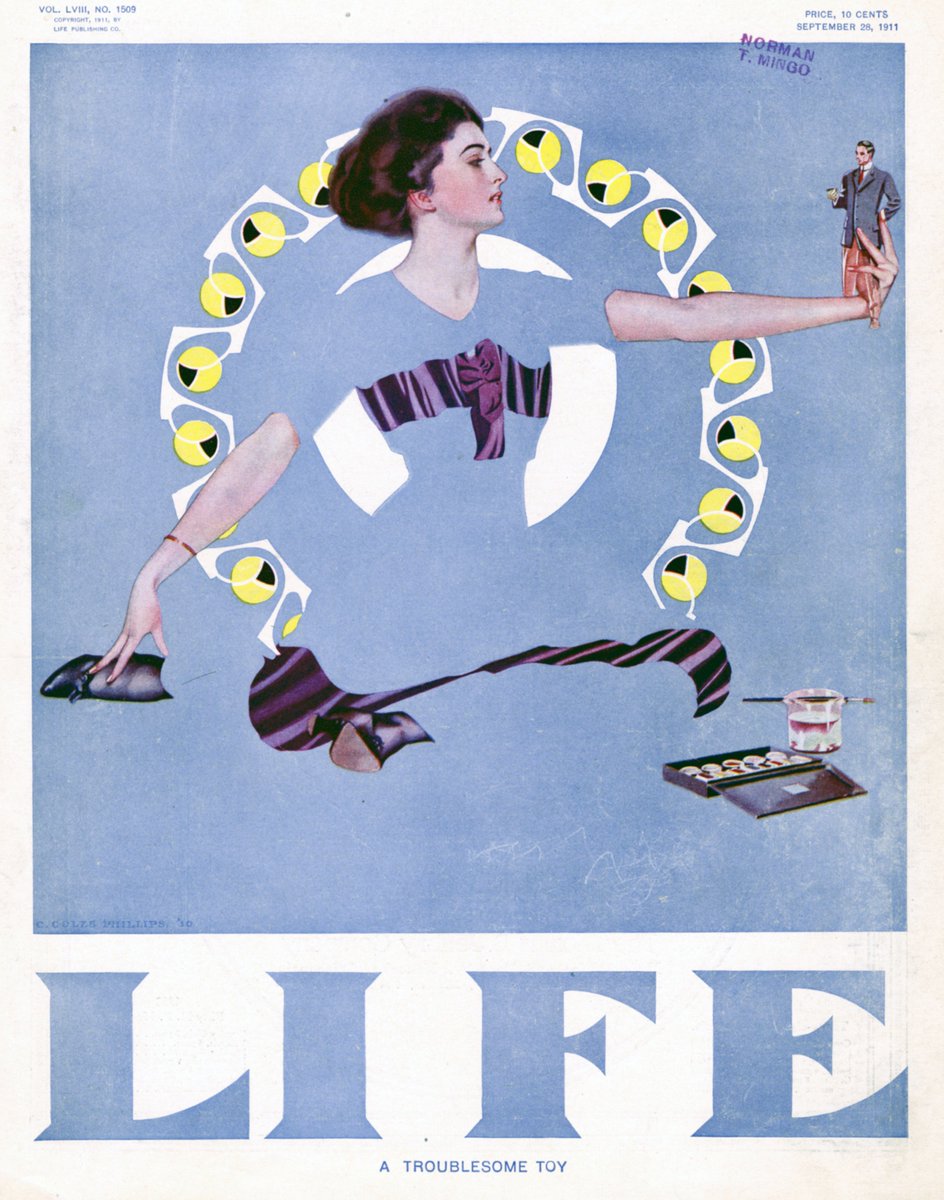 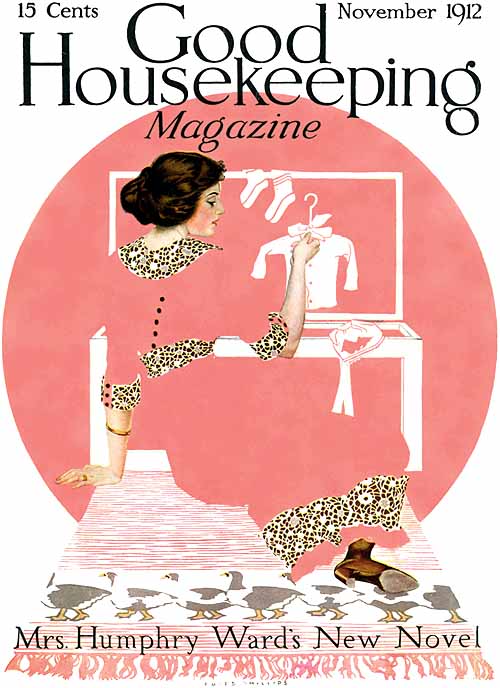 Good Housekeeping cover - November 1912
He also did many covers for Good Housekeeping.  The model for this cover and the one above seems to be the same -- perhaps his wife. 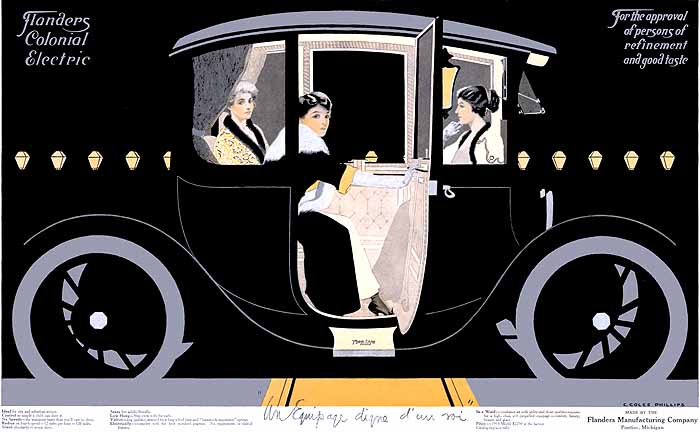 Flanders automobile advertisement - 1912
But fadeaway was rare for his car subjects. 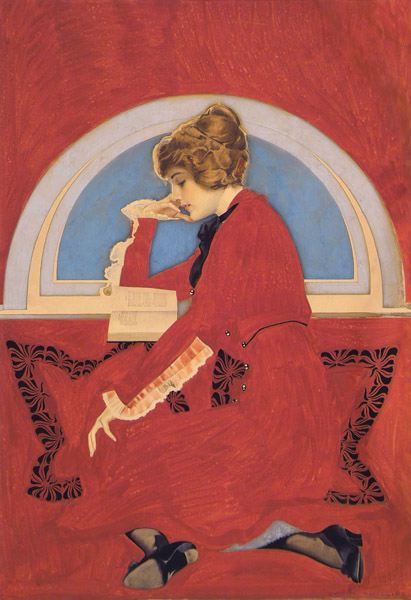 Good Housekeeping cover art - March 1913
This seems to be painted using gouache.  The reproduction process in those days obliterated the brushwork, creating a uniform surface. 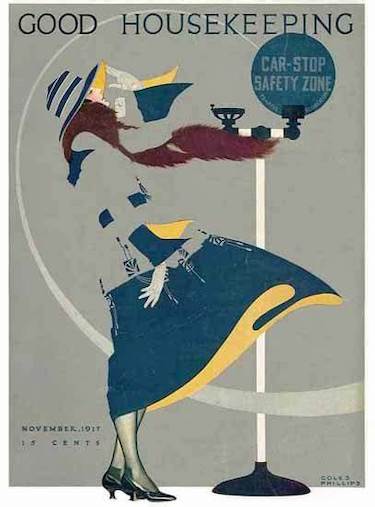 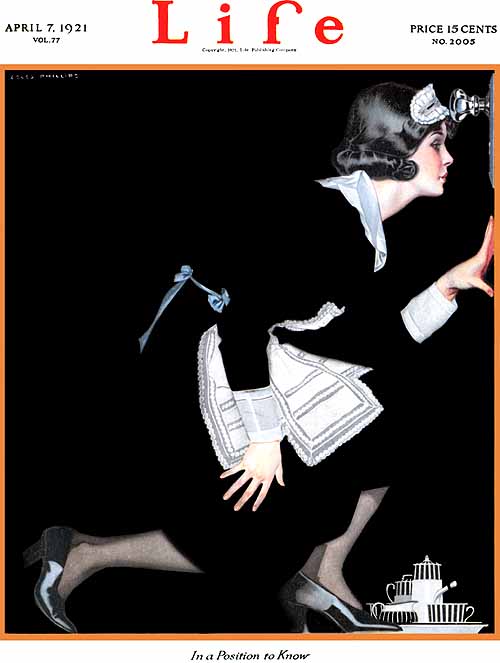 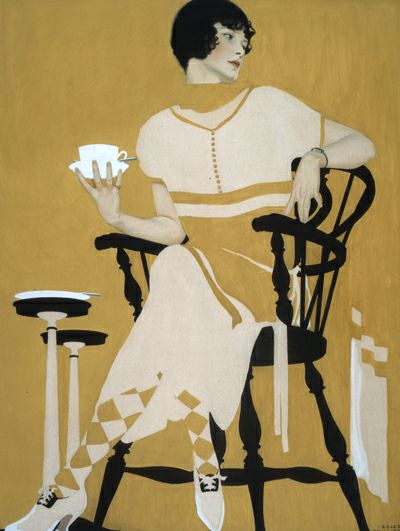 The Magic Hour - Oneida Silversmiths - 1924
In the Kelly Collection of American Illustration Art. 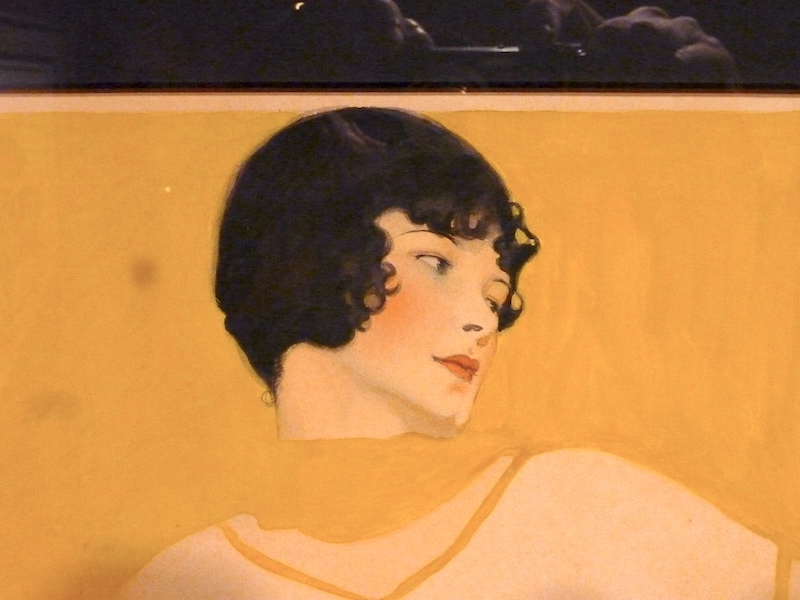 The Magic Hour - Oneida Silversmiths - detail
My photo.  The dark bar at the top is part of the frame.
Posted by Donald Pittenger at 1:00 AM