Sir Henry Raeburn (1756-1823) is a painter whose work I've liked for just about forever. I first encountered him years ago at New York's Metropolitan Museum of Art while on weekend passes from Fort Slocum, then home to the Army Information School, where I learned the dark arts of journalism and public relations. Raeburn's Wikipedia entry is here.

Raeburn's mature style was based on strong, smooth brushwork that created portraits which conveyed painterly solidity slightly softened by some blending and use of selective small value distinctions. At its most characteristic, the sitter's face appears borderline out-of-focus. This Raeburn "touch"makes many of his works instantly identifiable.

As noted, the Met has some Raeburns in its collection and others can be found here and there in the United States. But a good place to find them is in his native Edinburgh in Scotland, specifically in the Scottish National Gallery main building and in the nearby Scottish National Portrait Gallery. I vised both museums recently and was able to see a number of fine Raeburns.

After a while I began to notice something.

Several portraits featured the almost-out-of-focus look on faces, yet other objects such as collars and other bits of clothing were sharply rendered. This is counter to conventional wisdom for portraiture where eyes and other key facial features are emphasized while less important details such as clothing are to be rendered less distinctly so that the face is the focus of attention.

Raeburn painted many portraits where the normal procedure was followed or else where face and clothing received equal emphasis. But a number of paintings of men (usually) done in the last 15 or so years of his career followed the pattern I had finally noticed.

Why did he do this? I do not know. Perhaps he stumbled onto the technique, saw that it could yield appealing results, and then continued to use it.

How did he get away from this deviation from convention? Probably because the face is the natural focus of attention almost no matter what.

Below are some examples. 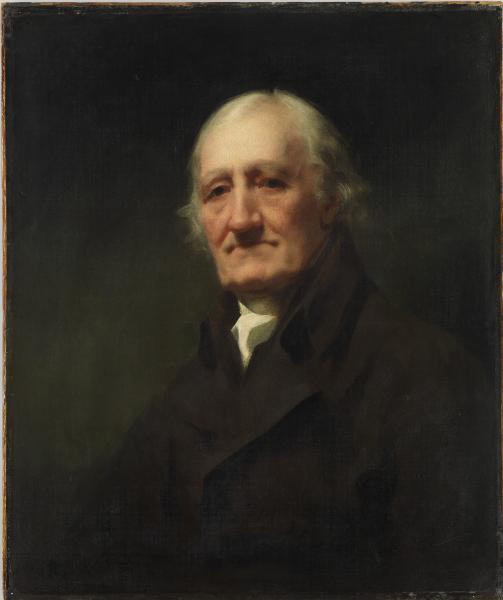 James Waldrop of Otbrane Hill - c.1820
Note the white collar that stands out more by its contrast to its background than by crisp edges alone. 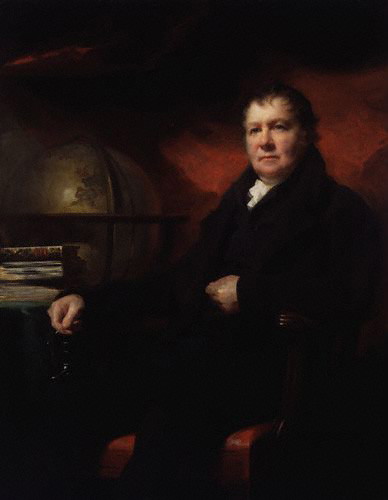 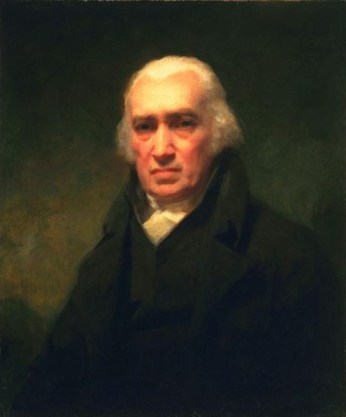 James Watt - 1815
Not a good reproduction here. The skin colors in the actual painting appear normal (not so yellowish). But the face does have a slightly blurred appearance whereas the area around the collar is more tightly painted. Americans can see this portrait at the Huntington Library in San Marino, California (near Pasadena).

Major General Charles Reynolds - c.1818
Here the balance is closer, though most of the crisp detailing is on the uniform; only the eyes are sharp facial features. 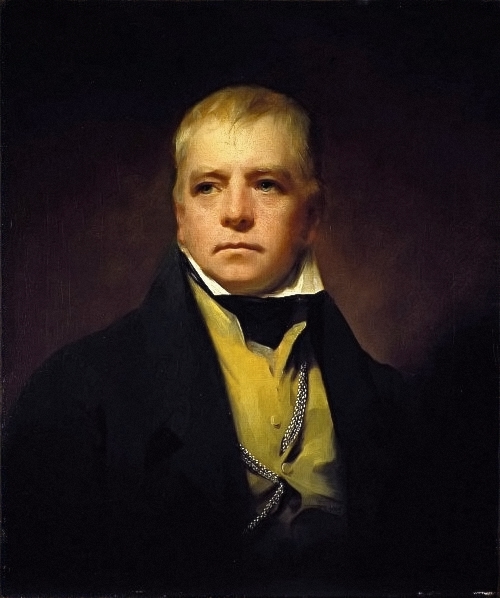 Sir Walter Scott - 1820
Again, the eyes are crisply painted. Yet the sharpest detailing is otherwise reserved for the chain on Scott's chest and the white collar.

Posted by Donald Pittenger at 1:43 AM

Is he hinting that most faces are mobile: sharp features imply a rather stationary face, such as a cow's?

I can still remember a schoolteacher's remarkable outburst, along the lines of "I prefer little, sharp piggy eyes; I dislike stupid, doleful, brown cow's eyes."
I never learned which pupil or colleague that was directed at.