Glasgow, Scotland experienced rapid growth in the 19th century due to its emergence as an industrial center. A major industry there was (and to a lesser extent today is) shipbuilding along the River Clyde. The Clyde also served as a shipping point for other goods produced in Glasgow. But that too has declined, sections of the river's banks becoming stretches of underused warehouses and other structures related to commerce. The result of this decline is the extensive urban renewal I witnessed in August.

As is usual elsewhere, this renewal has been in the form of stripping an area nearly bare of previous structures and replacing them with dull open spaces dotted with Modernist structures that are visually and scale-relatedly unwelcoming to human beings. They are either simple Modernist boxes or "dramatic" shapes that are presumably intended to be large-scale sculptures.

Here are some early morning photos I took while tracking down the location of the car rental firm I needed to get to the next day. From end-to-end, the distance from the first to the last structures shown is probably around half a mile (less than 1 kilometer). 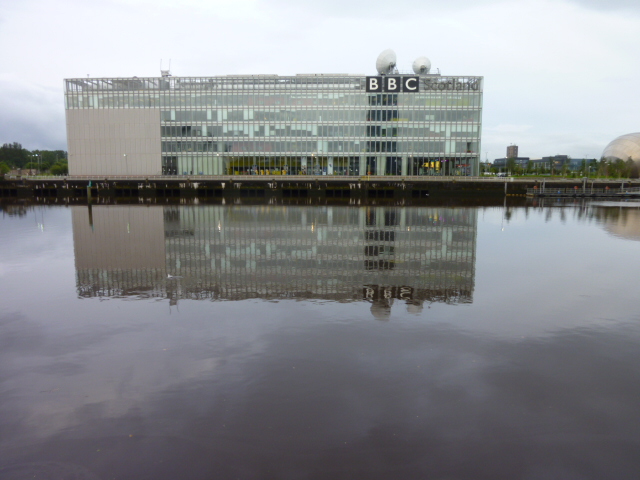 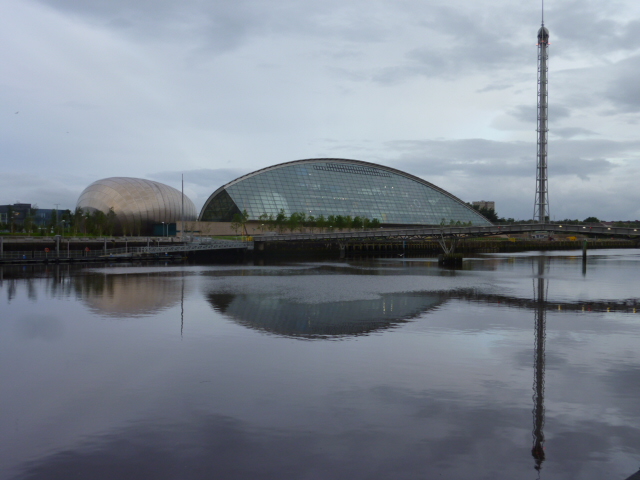 Science Centre and IMAX building, plus a tower 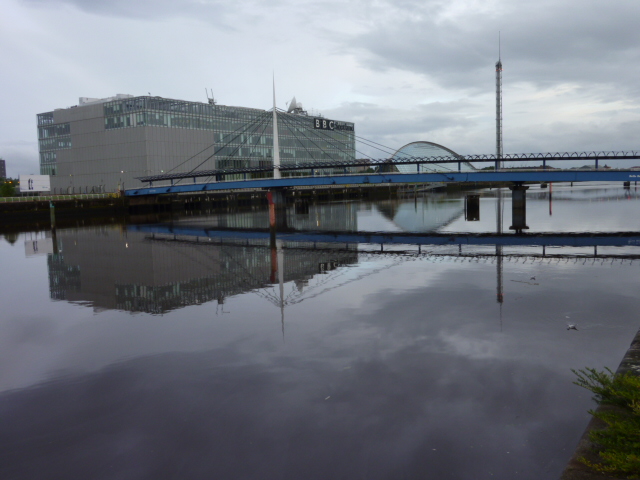 How the BBC and Science Centre relate 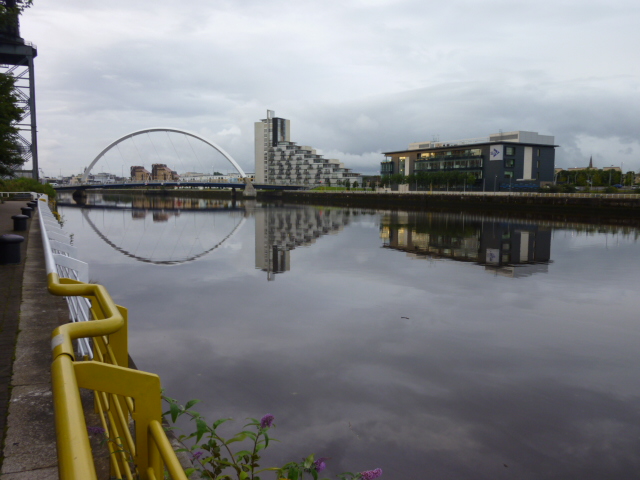 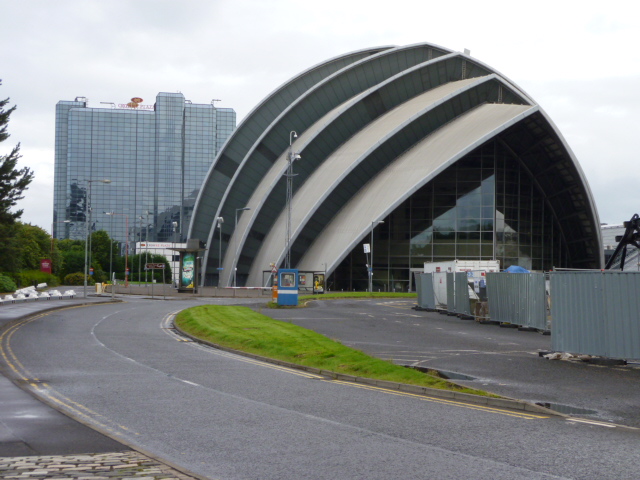 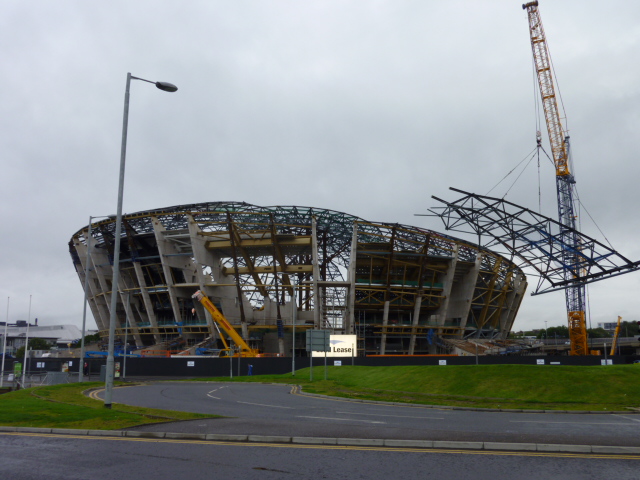 The new stadium under construction near the Auditorium

I suppose all this is an improvement over decaying warehouses or whatever used to sit next to the Clyde, but I find it depressing. The real Glasgow lies a short distance north of the river and to me it's an enjoyable place to visit. If you ever travel to Scotland, give it a try.

Posted by Donald Pittenger at 1:13 AM

I have to agree, the whole thing looks depressing, but maybe it's the dull gray day. Still, that BBC building is truly, deeply ugly.