A large percentage of book cover art for the science-fiction and fantasy genres is now done using digital media. The resulting images can be quite striking at times, especially when complex shapes overlay one another; the effects would be difficult to achieve using traditional media. On the other hand, the digital image needs to be printed in some form if an admirer wants to cherish it someplace besides a computer/tablet/smart phone screen and doesn't want the interference of a book title and other cover necessities. In any case, there is no true "original" image in the sense of a traditional drawing or painting.

Some cover artists prefer to use traditional media, oil paints especially. This is true for many contributors to the Muddy Colors group blog managed by oil painting artist Dan Dos Santos.

A somewhat older artist than the Muddy Colors crew is British cover artist John Harris (1948 - ), who worked in acrylics and other media for some time, but finally settled on oil paints because he could best achieve desired effects in that way. The best biography of Harris that I could find on the Internet is here.

Harris can be painterly or (comparatively) hard-edge, depending on requirements. Here are examples of his work. 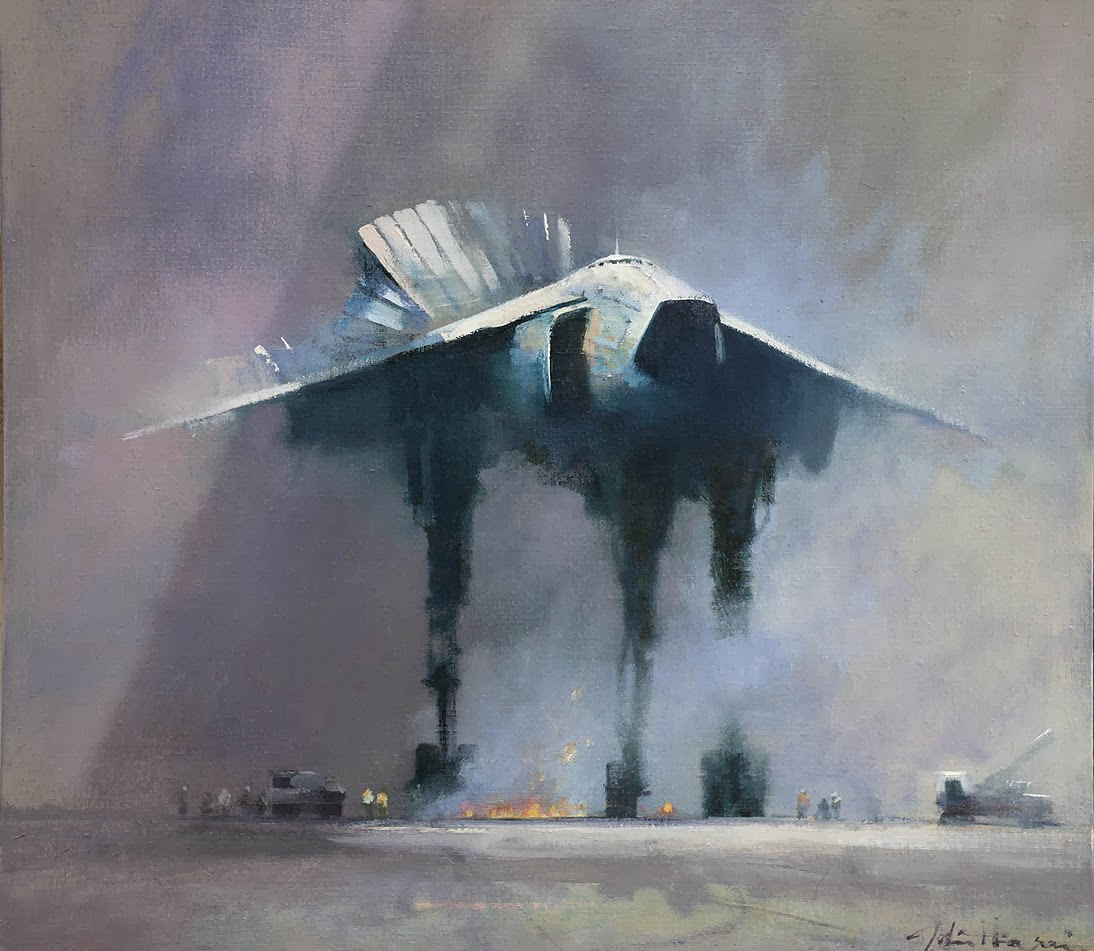 The title associated with this on the Web is "A Minor Incident," but I couldn't locate a cover image to confirm this.

A segment at the left of this was used as cover art for a book titled "Ancillary Justice." 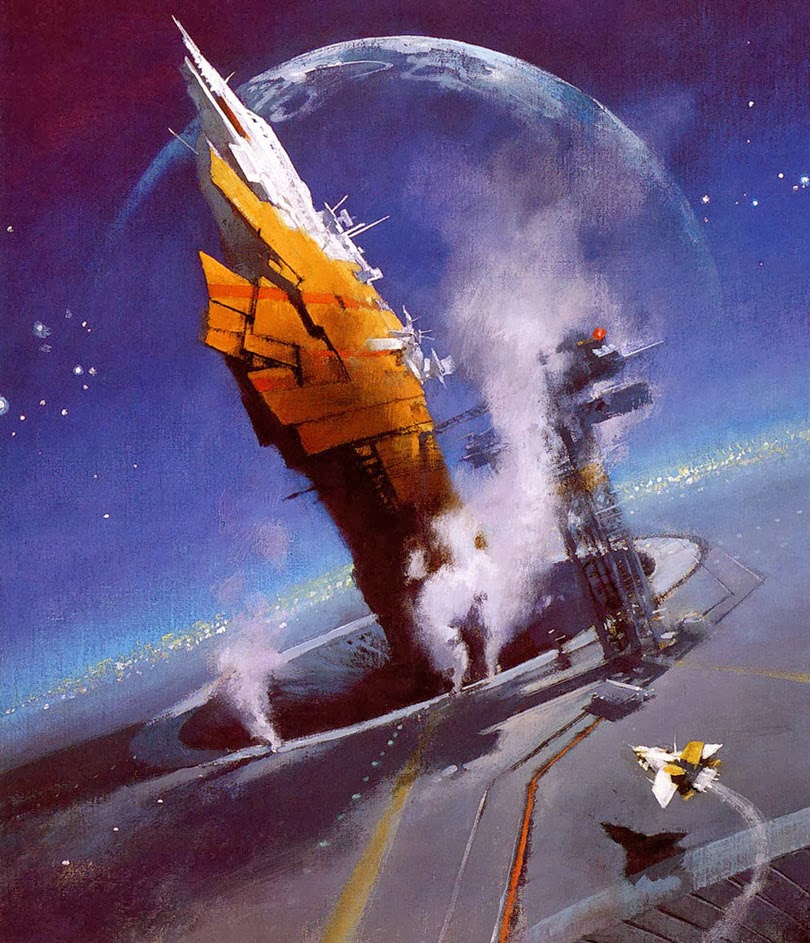 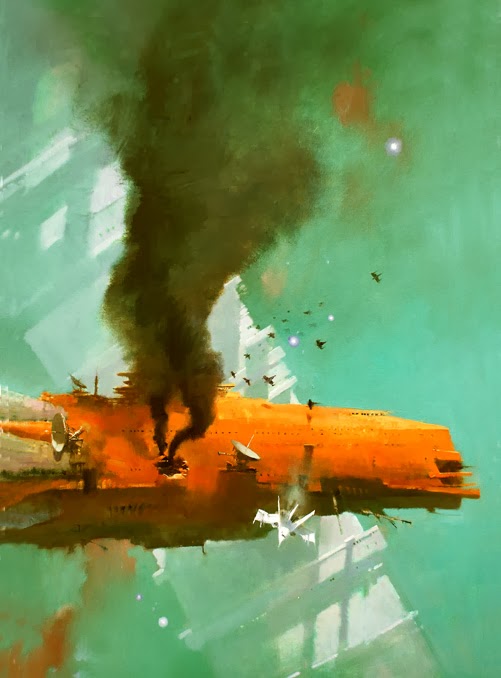 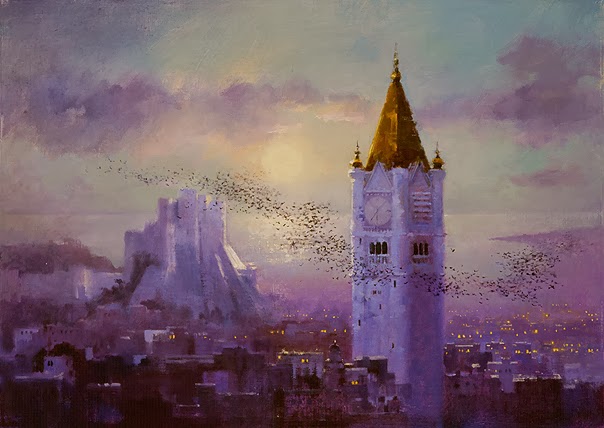 I have no titles for the four images shown above. 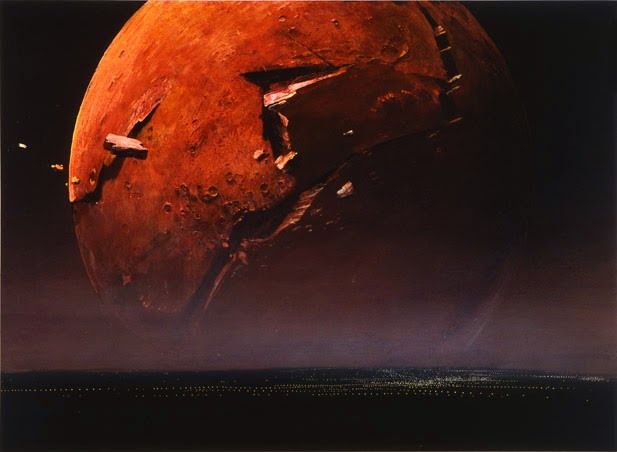 This is titled "Quiet Night" and seems to show the moon disintegrating as it approaches too close to Earth at some future time. Or it might be another moon-planet location entirely. 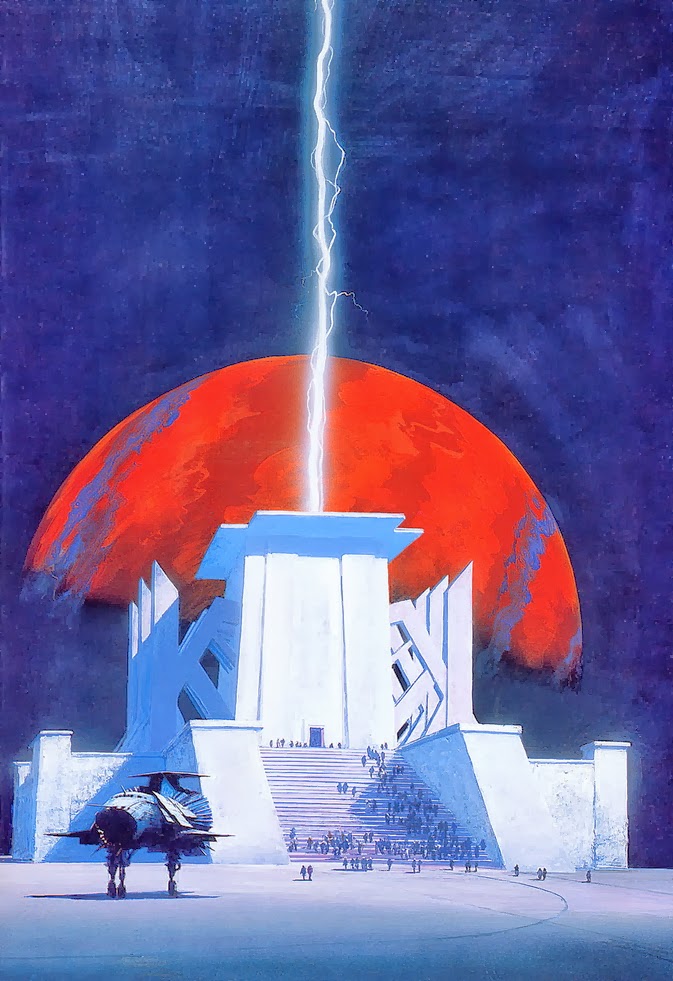 This rather hard-edge Harris painting is titled "Temple."

In my childhood the space-age fiction illustrations that stood out were in the comic "Eagle", in stories featuring the character Dan Dare.

Ancillary Justice was nominated for a Hugo award ths year. And for a Nebula award. And for a Clarke award. And a few other things. If it scores a couple of those, that Harris cover art is going to be looked at for a long time to come.