Jacek Malczewski (1854-1929) made astonishing paintings. Not astonishingly good paintings, necessarily, but paintings that astonish. Not only do they astonish, they fascinate. This is mostly because of their subjects and how Malczewski presented them. For me, its a "What in the hell is going on here?" reaction in many cases. Malczewski carried this off because was a skilled artist; off hand, I can't think of any other painter who could have painted what he did in such a convincing manner.

I lasted posted on Malczewski here, showing some of his paintings dealing with death. The present post deals with artists, muses, and in particular, Malczewski's most important muse, Marii Balowej, also known as Maria Balowa or Maria Bal. For a short summary of Malczewski's career, click here.

The images below are in chronological order. Click to enlarge. 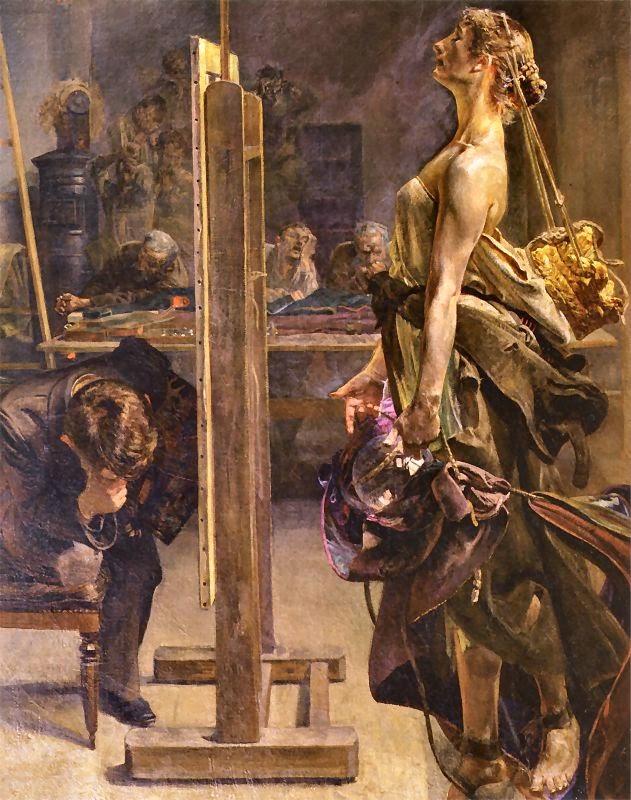 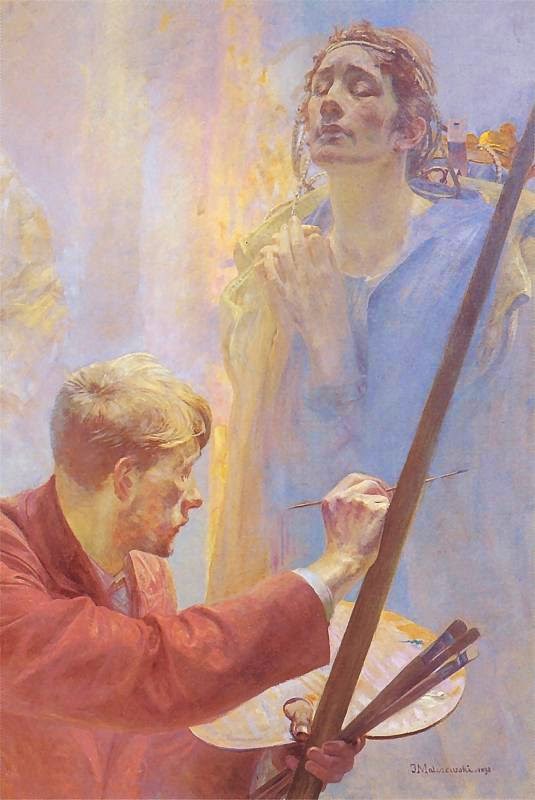 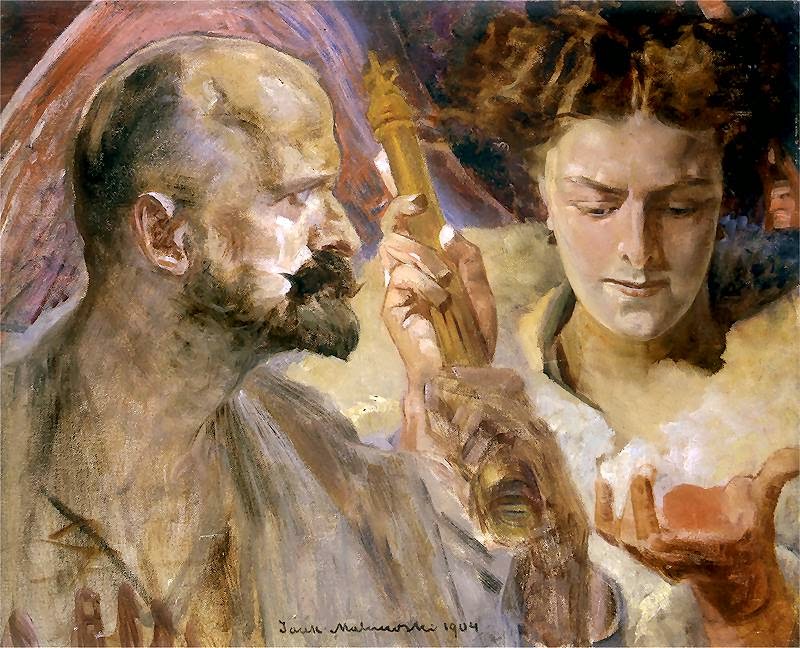 Autoportret z muza - (Self-Portrait With Muse Holding Scepter and Heart) - 1904
Although he was married, Malczewski began using the recently-divorced Marii Balowej as a model. This turned into an affair that lasted for about ten years. Even after it ended, the two remained friends. As best I can tell, this and all the images below have her as the model for the woman. 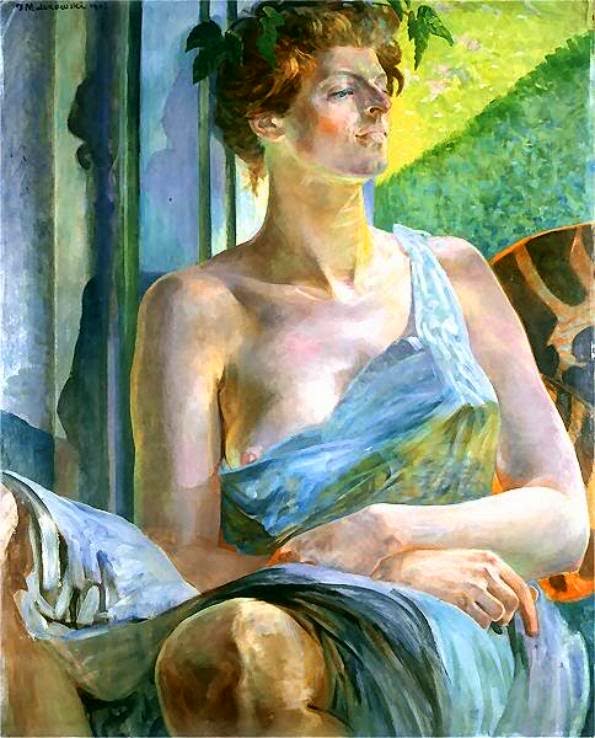 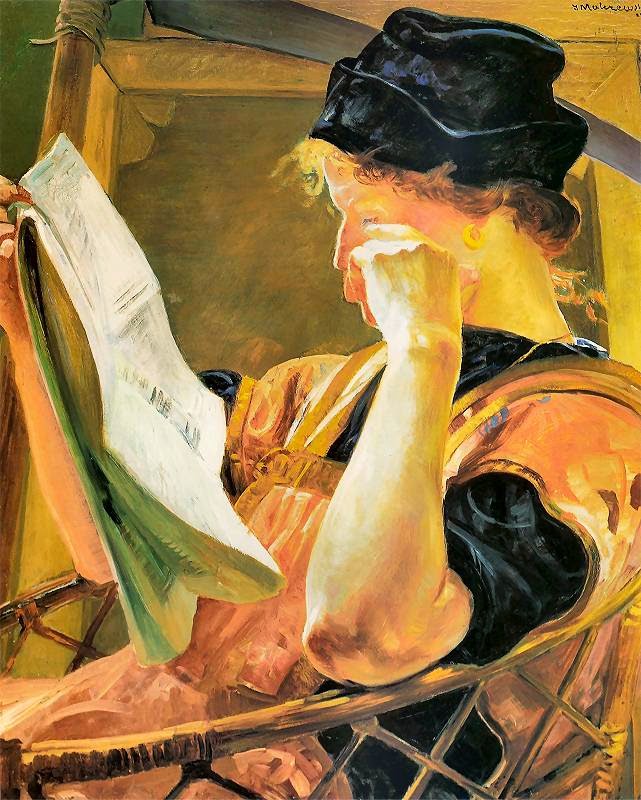 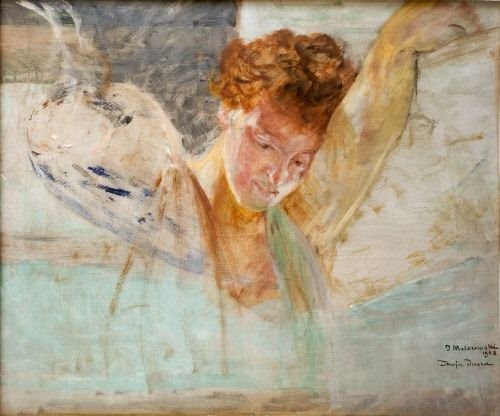 Moja dusza (My Soul) - 1908
This is really a sketch, but Malczewski considered it finished because he signed it. I include it because it suggests his technique at an early stage of creating a painting. 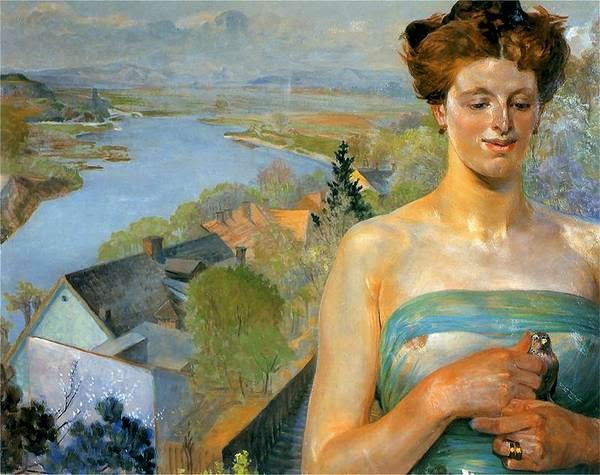 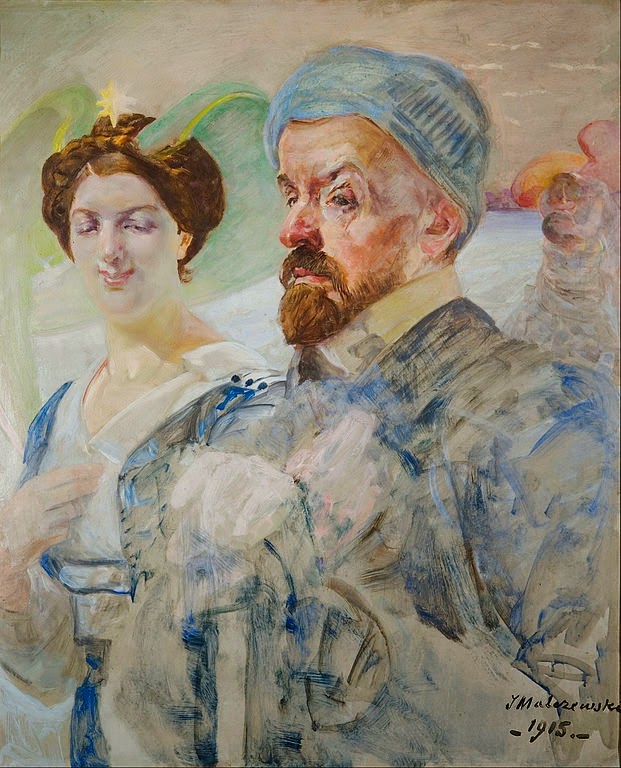 Pytia Pythia (the Delphic oracle) - 1917
Painted after the break-up. Marii is fully clothed, perhaps due to that.