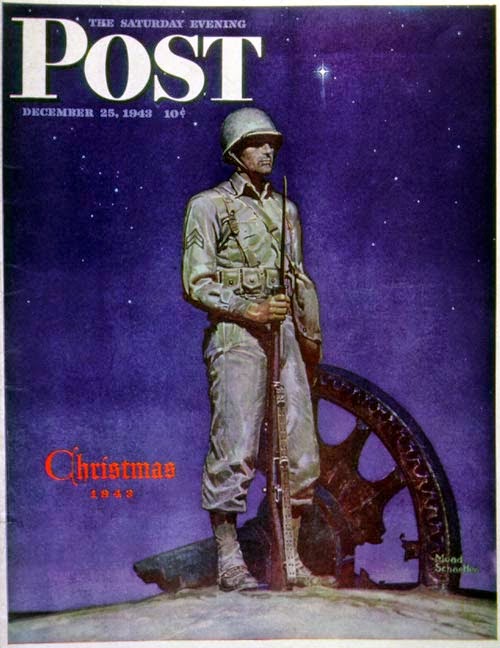 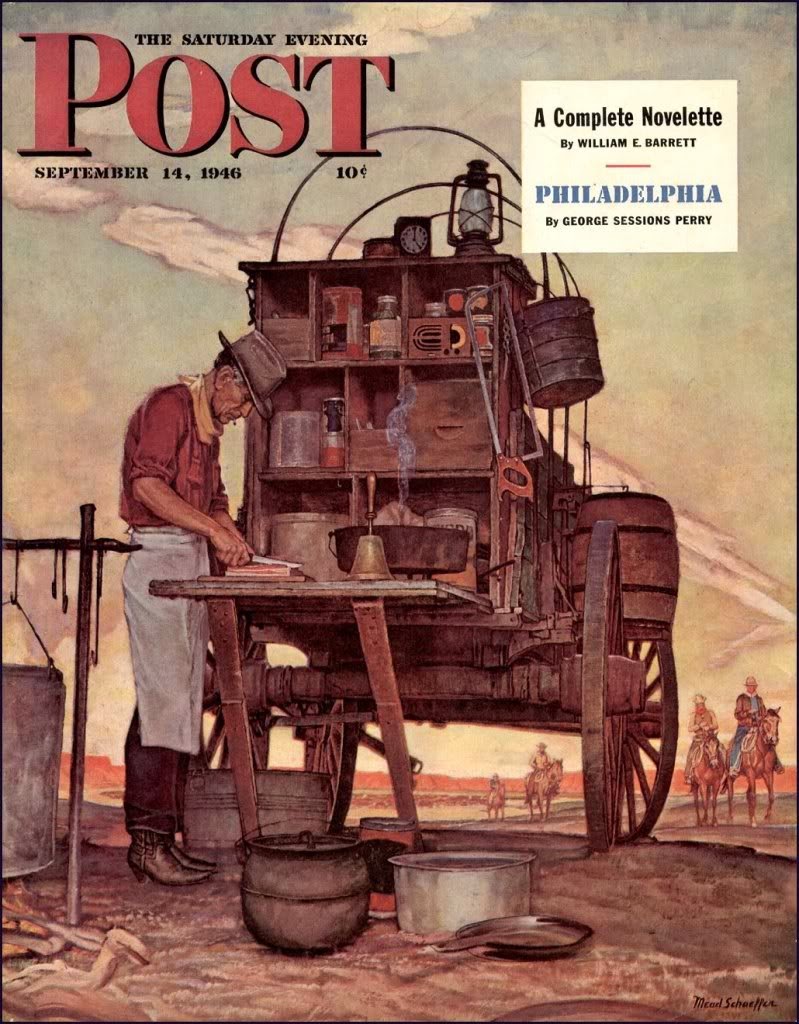 "I longed to do honest work, based on real places, real people, and real things -- work expressive of normal human emotions and activities. So, I did a right-about-face, and have never regretted it."

This was in reaction to painting "dudes and dandies, exaggerated sentiment, artificial romance, and love withe the endless 'he and she' pictures."

The images above reflect this change in attitude. The ones below are some of what I consider his better work done prior to his epiphany. 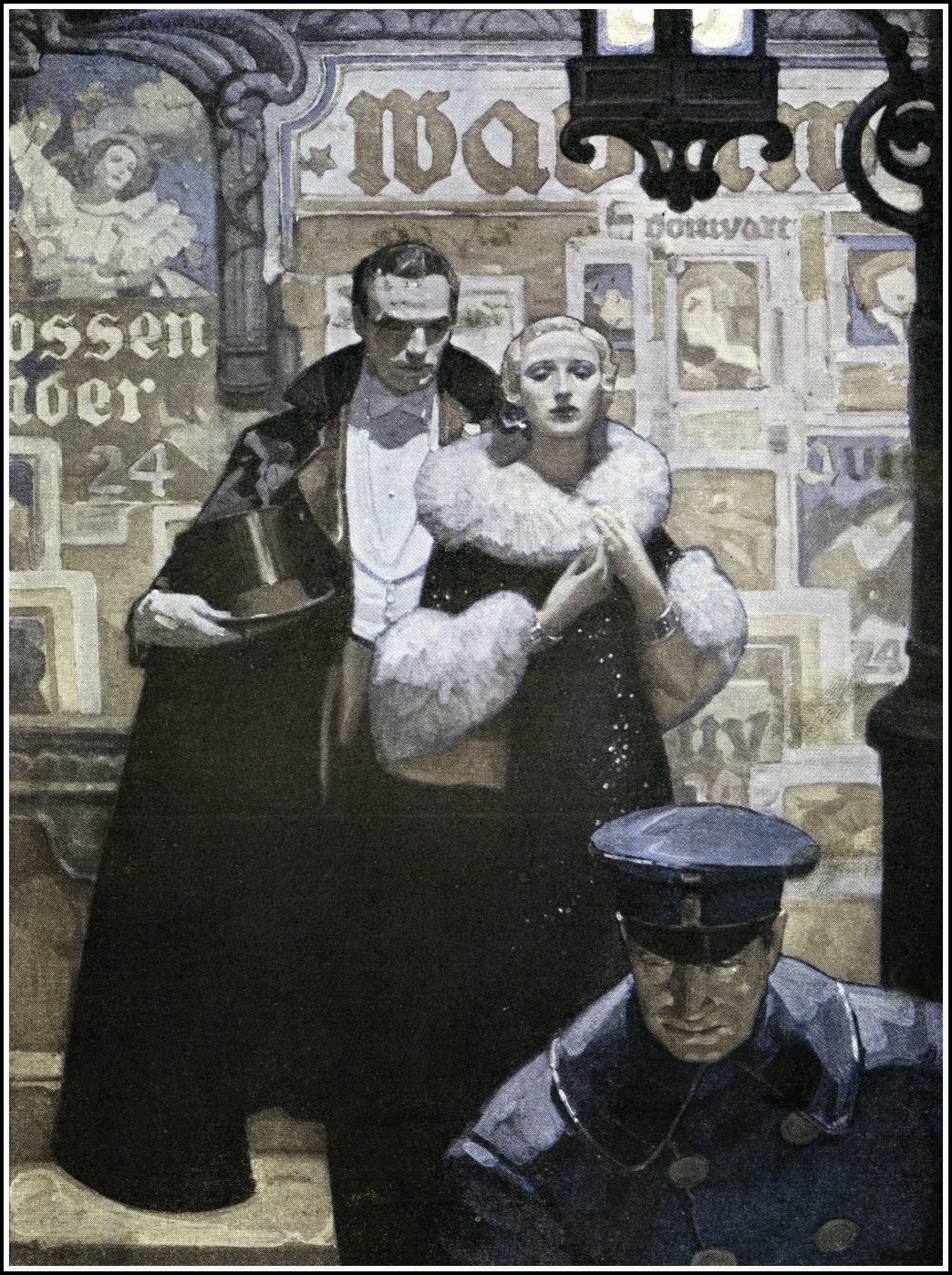 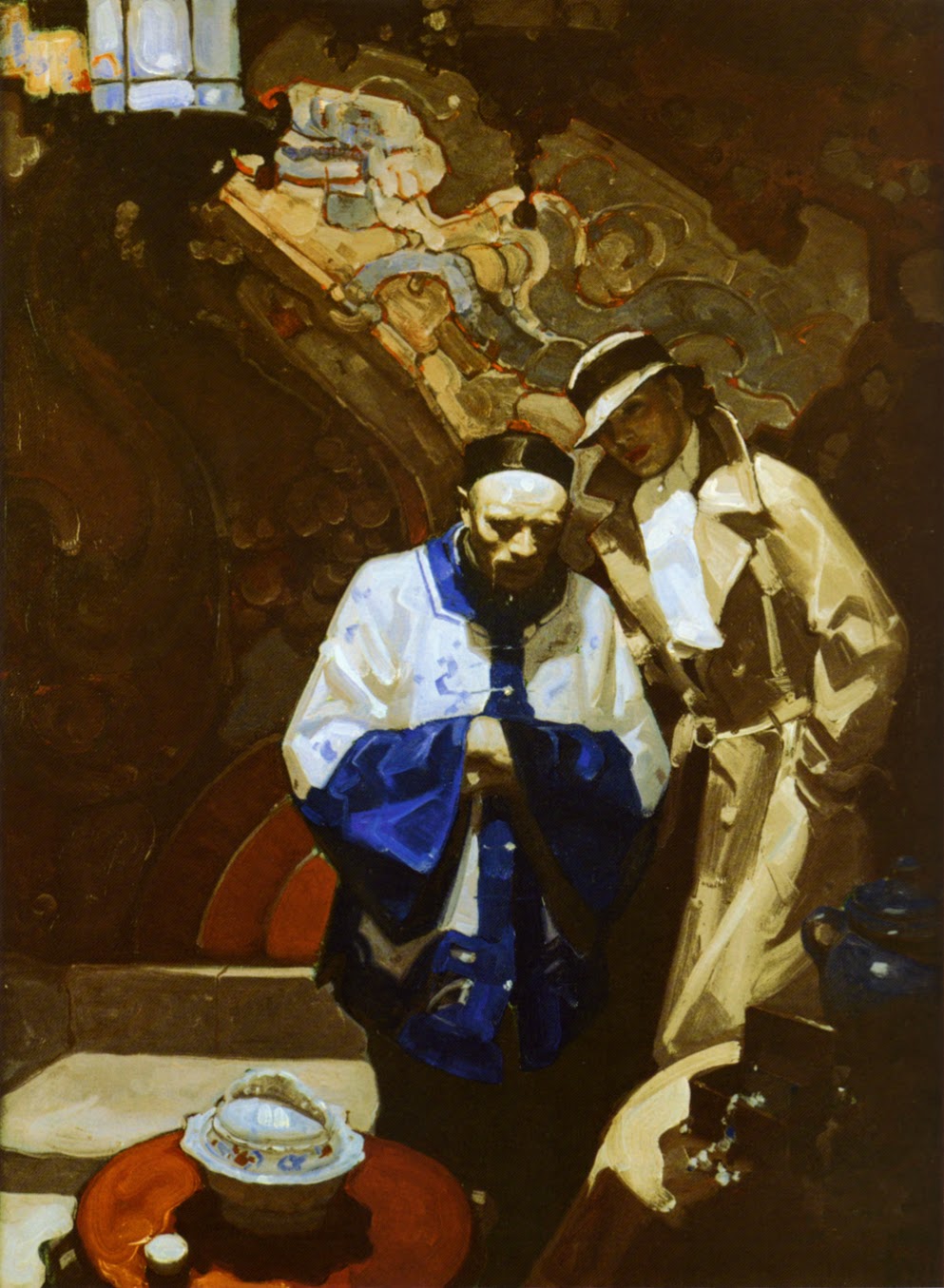 There is little question that Schaeffer was satisfied with his decision to change subject matter and, as it turned out, his style as well. But while he seemed satisfied, what about his audience and, in my case, his fan base?

To me, Schaeffer's appeal lies in his style -- the way he composed his scenes and, especially, his painting technique; subject matter is secondary. So far as I am concerned, his work from around 1940 onward was competently done, conventional, and not interesting to look at in most cases. Other contemporaneous illustrators could (and did) do pretty much the same sort of thing equally well. Very few in 1925-39 could equal Scheffer's work. Feel free to disagree in Comments.

(I wrote about Schaeffer here. A brief Wikipedia entry is here. A David Apatoff take can be found here. There is more about him here.)
Posted by Donald Pittenger at 1:00 AM

Don, I think a lot of interesting forces come together here. For 25 years prior to Schaeffer's "conversion" there was a great demand for escapist art: romantic fiction about south sea islands and missing heiresses, fantasy mystery stories, pulp magazines, etc.. The country was working its way through the Great Depression and the after effects of World War I. But starting with World war II, as Al Parker put it, "The need to escape was already waning and with it, escapist art."

It's difficult to say whether Schaeffer's transformation reflected the changing mood of the country, or responded to a change for the demand in his work, or was a personal epiphany. Whatever the reason, I share your affection for the earlier work.

David -- I agree that times had changed and to remain viable in a fashion-influenced field such as illustration, Schaeffer had to make stylistic adjustments. Seeing as he got SEP cover work, that was a good move.

I wish I knew what his private thoughts as of 1970, say, were regarding his 1930-vintage style and his style of circa 1950. In old age, which did he truly prefer?

I wish I knew too, Don, but unfortunately Schaeffer lived in that stoic, hardy era before facebook or twitter where people believed their private thoughts were, well, private.

I do know of several artists who seem to undergo complete style transplants when market conditions dictated. For example, Stan Drake drew the photorealistic comic strip "The Heart of Juliet Jones" every day for decades but when the market for soap opera strips lagged, he got out of bed one morning and drew the cartoonish "Blondie" strip, a totally different look and feel. The same thing with the great Leonard Starr who drew "On Stage" for 25 years until one morning he started drawing "Annie"-- a completely different look, which he continued for decades more.

Donald - I wrote the article for the Illustration Magazine. I also prefer Schaeffer's earlier work, and this statement for me is pretty much true of all the illustrators of that time period, e.g., Dean Cornwell. I think the stylistic changes occurred due to public tastes and art director demands. Rockwell is an exception - although he refined his technique and improved over the years, his style remained pretty much the same during his career. The big exception was his "Murder in Mississippi" (1965) when the art director rejected the finished painting and decided to use Rockwell’s preparatory oil sketch - but this wasn't even Rockwell's decision and I wonder how he felt about them using the sketch. I always agreed with the art director's decision - it is a better painting.

I think Rockwell had an enormous influence on Schaeffer's work when they became friends and that Schaeffer may have tried to emulate Rockwell's style, both for personal reasons and financial ones, since this was the style in vogue with SEP and other magazines at the time. I don't' think he disliked his earlier work, but maybe perhaps the TYPE of work and subject matter he was getting. His style changed predominantly with his SEP work and some of his earliest work for them were all the war/military covers he did. The country was at war, patriotism was soaring, and since the idea to do a series of military covers was his own, may have been among some of the first illustrations assignments that were very personal for him, after about 15 years of producing magazine and book illustrations under other's art directions. His above comment came during this time where he had finally achieved a certain reputation in his field and was likely enjoying an new-found freedom to produce illustrations that he wanted to do, to include SEP covers. I don't believe that he was referring to his stylistic change with the comment, but was merely rejoicing in this new liberty that was not afforded to many illustrators.

Now, when is that long-anticipated book on Scheffer that Apatoff is working on coming out?