Towards the End: Franz von Stuck

Franz von Stuck (1863-1928) was a leading figure in the Munich art world, both as a secessionist and as an establishment art instructor. Although he painted fairly conventionally when it came to portraits, much of his work can be classified as Symbolist. In his case, symbolism was usually in the form of Classical or Biblical subjects. His Wikipedia entry is here, and I posted about him here.

Stuck's Symbolist paintings tend to be dark, but he made some bright non-portrait paintings along the way, especially around the early 1920s. But he continued his dark Symbolism into the final years of his career, as can be seen below. 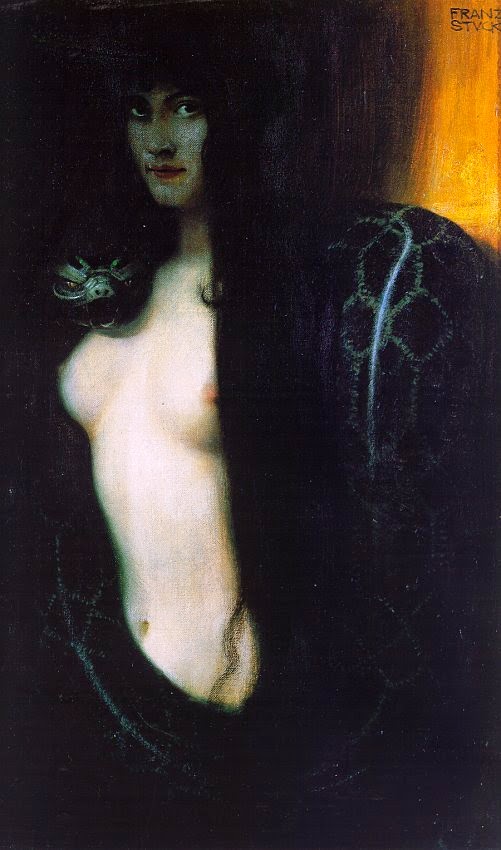 Sin - 1893
Stuck's best-known subject is "Sin," of which he painted a dozen or so versions. I include this to set the scene, but you can click on the above link to my post about him to see other examples of his art from his heyday. 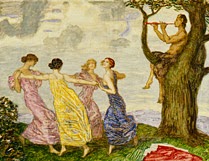 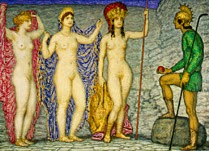 Judgment of Paris - 1923
Sorry about the small size, but that's all there is on the Internet. The two paintings above are part of the Frye Art Museum collection in Seattle and show a not-gloomy Stuck at work. 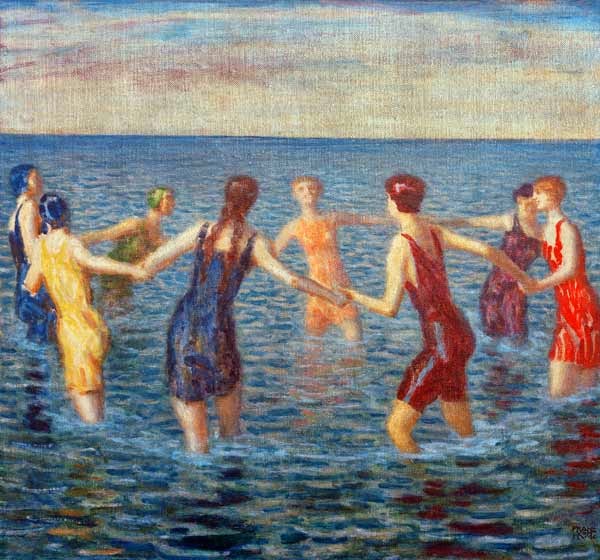 The Three Goddesses: Athena, Hera and Aphrodite - 1923
Again in the same time frame, but more to the traditional Stuck style. 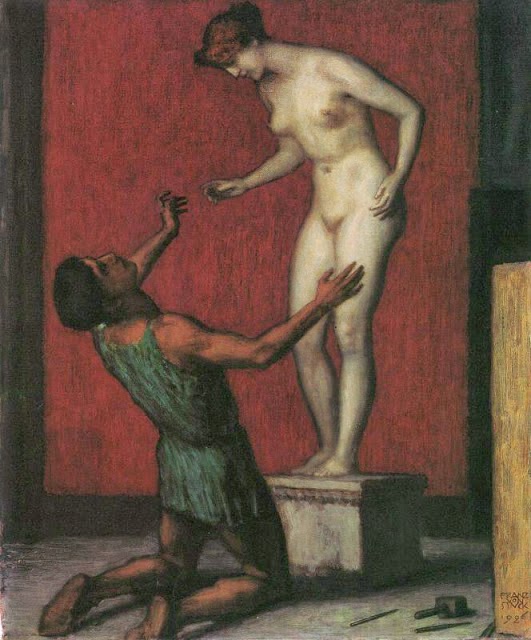 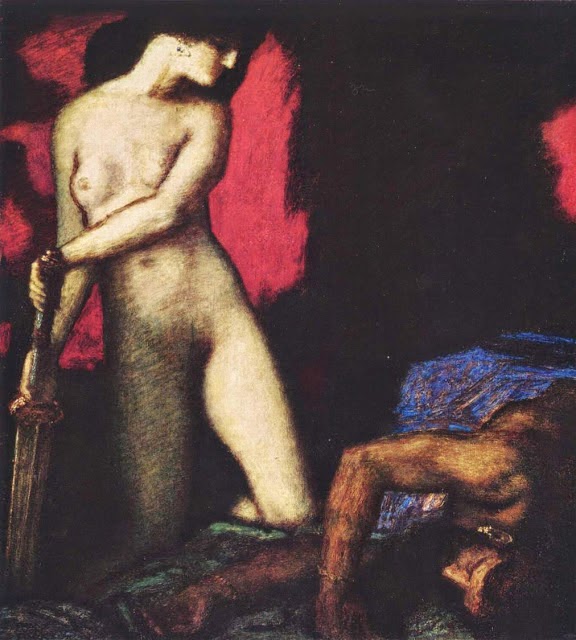 Judith - 1927
These two paintings were done within a couple of years of Stuck's death at age 65. He seems to have been little influenced by the Modernist "isms" that came along after 1900, his final works not being greatly different in spirit from what he painted 20 or 30 years earlier. The two Frye paintings suggest influence of the simplified, flattened representational painting style that emerged for a while after the Great War. The bathing women seem to have an Impressionist touch.