If doing paintings for Saturday Evening Post covers marked the zenith of an illustrator's professional career, then John Falter (1910–1982) was near the top of that elite group during Ben Hibbs' time as editor from the early 1940s to the early '60s. That's because he painted more than 100 covers over a 20-year period. (The count varies. One source says 129, others claim upwards of 200. Regardless, he was liked by the Post and prolific.)

More information about Falter can be found here and here. A gallery of his Post covers can be accessed here.

Falter was one of those illustrators whose work was highly competent, yet lacked a strong personal style -- a trait that seems to be necessary for lasting recognition and, especially, fame. 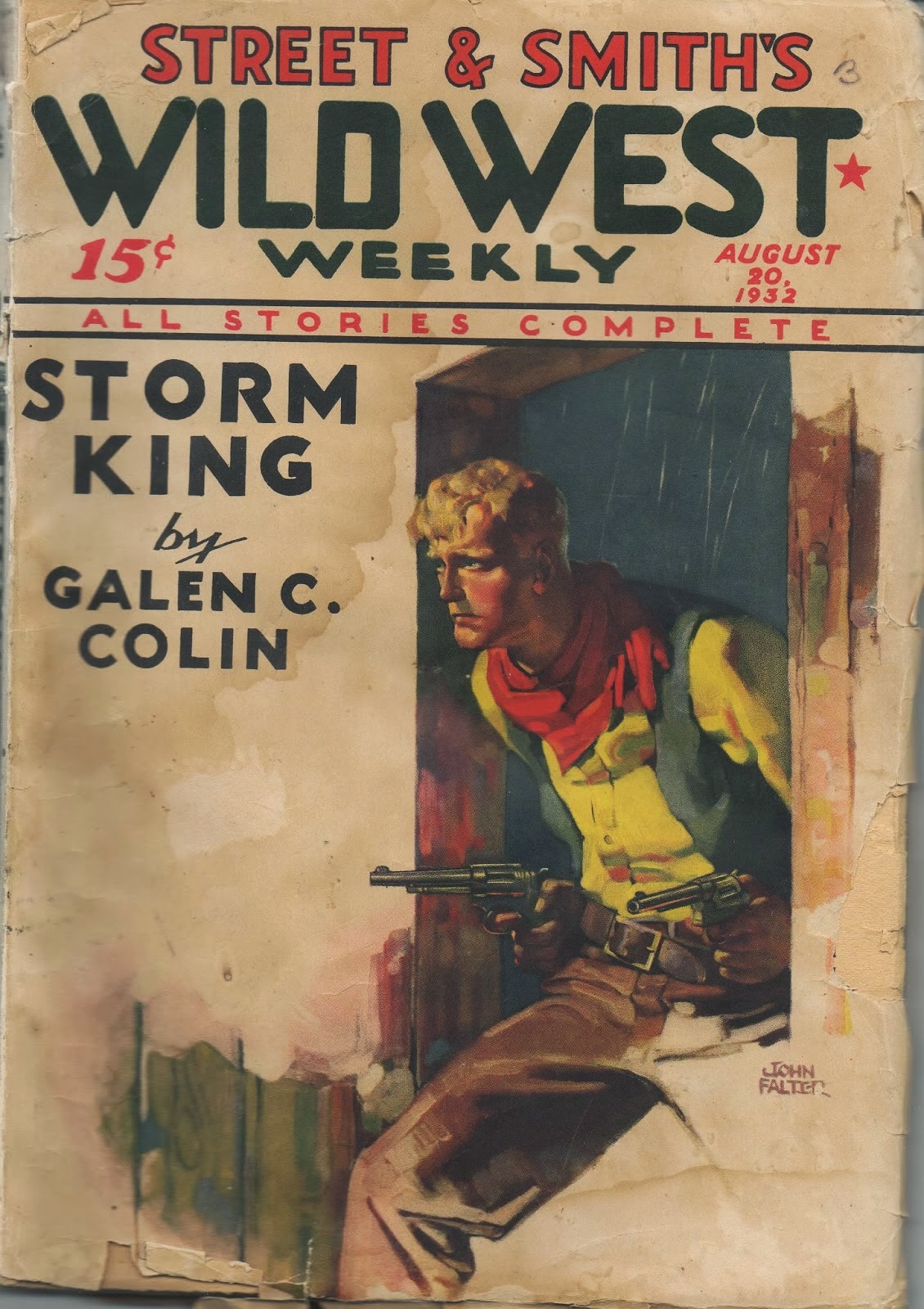 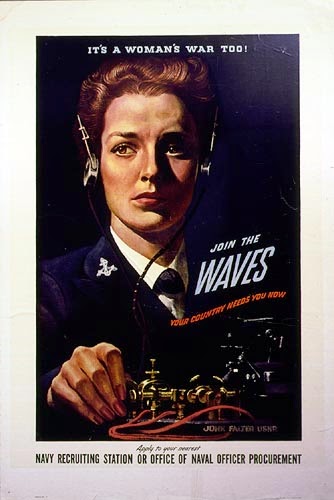 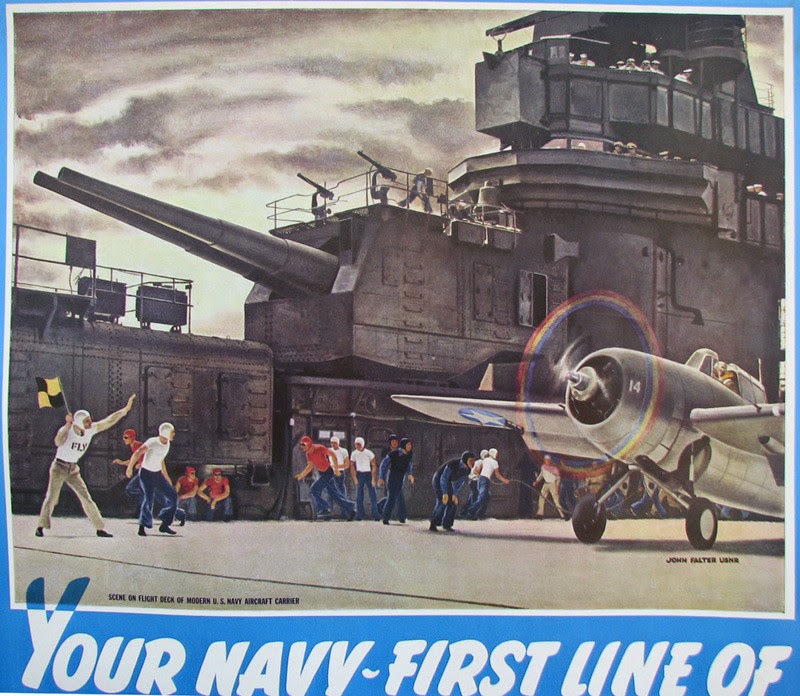 Two World War 2 U.S. Navy recruiting posters. The one showing the aircraft carrier has factual errors that might have raised the hackles of a sailor, but probably went unnoticed by most potential recruits. (The carrier is a Lexington class ship, probably the Saratoga. The Sara lost those big 8-inch guns early in 1942, but the F4F fighter shown has insignia that didn't appear until mid-year. The Lexington was sunk in May of that year.) 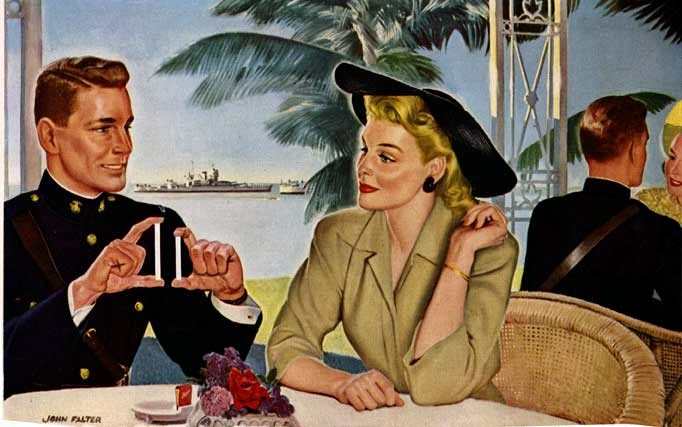 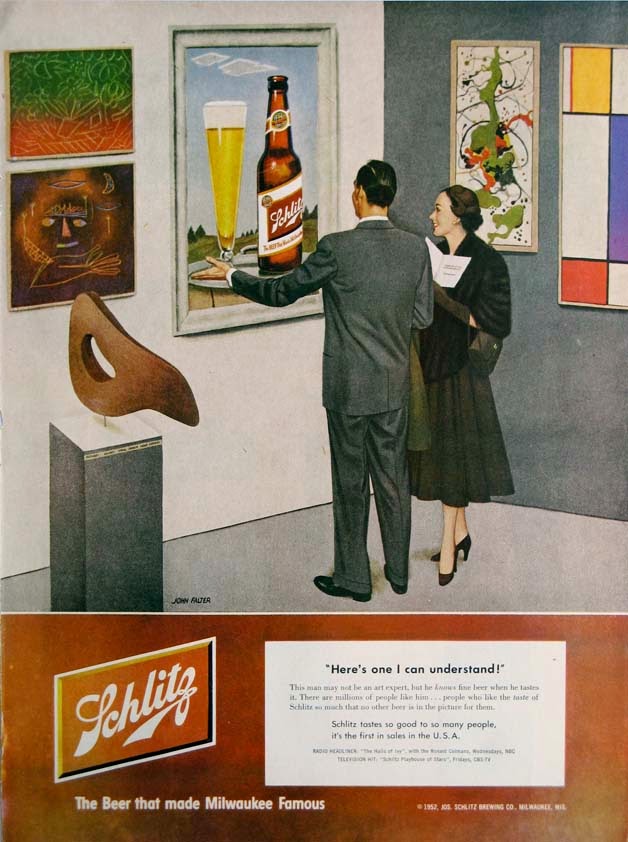 Falter could do abstract art, too. 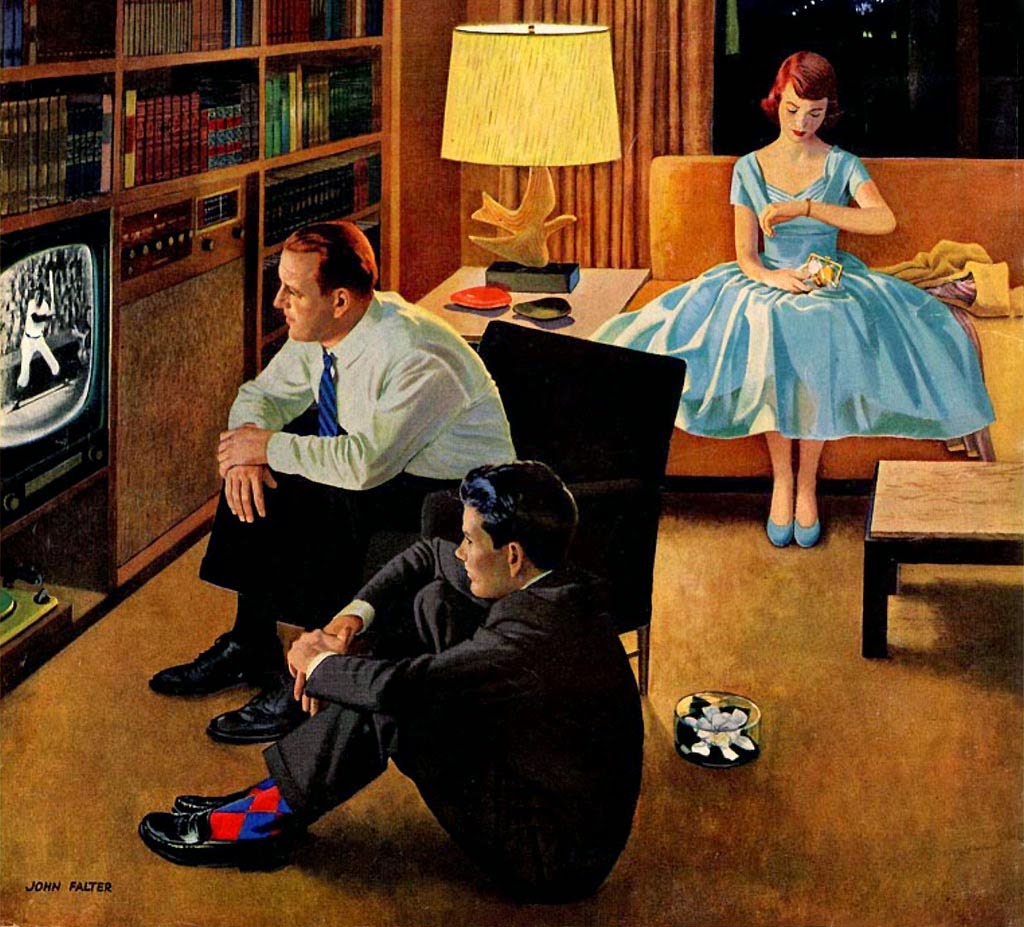 This has the look of Post cover art, but a quick look at Google Images didn't turn up a cover. Maybe it's buried in the cover images link above. 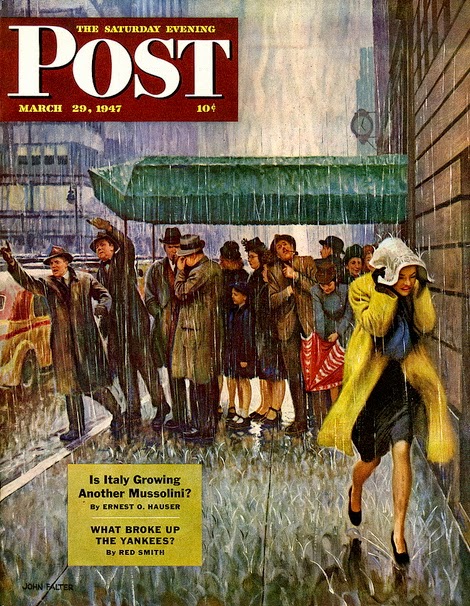 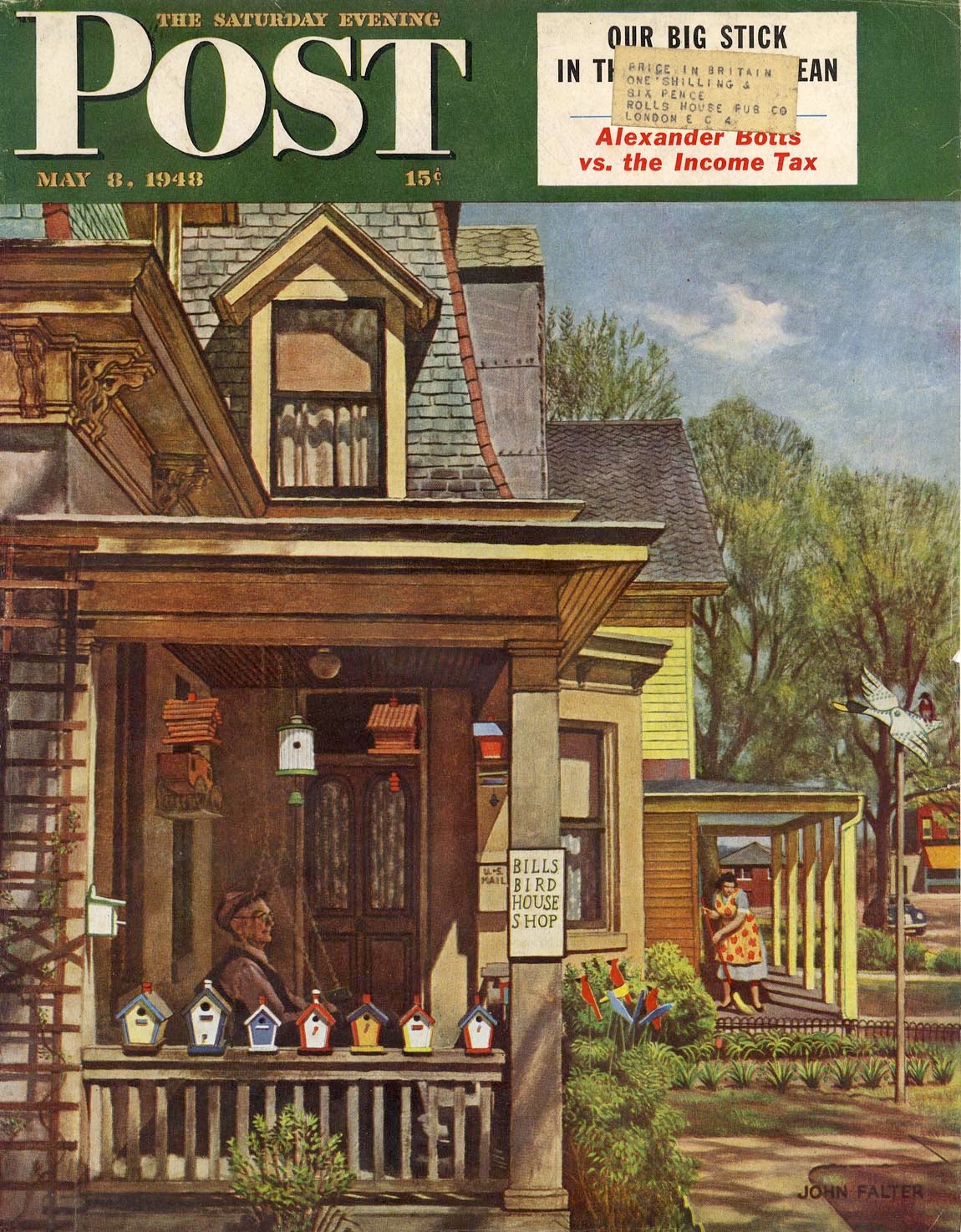 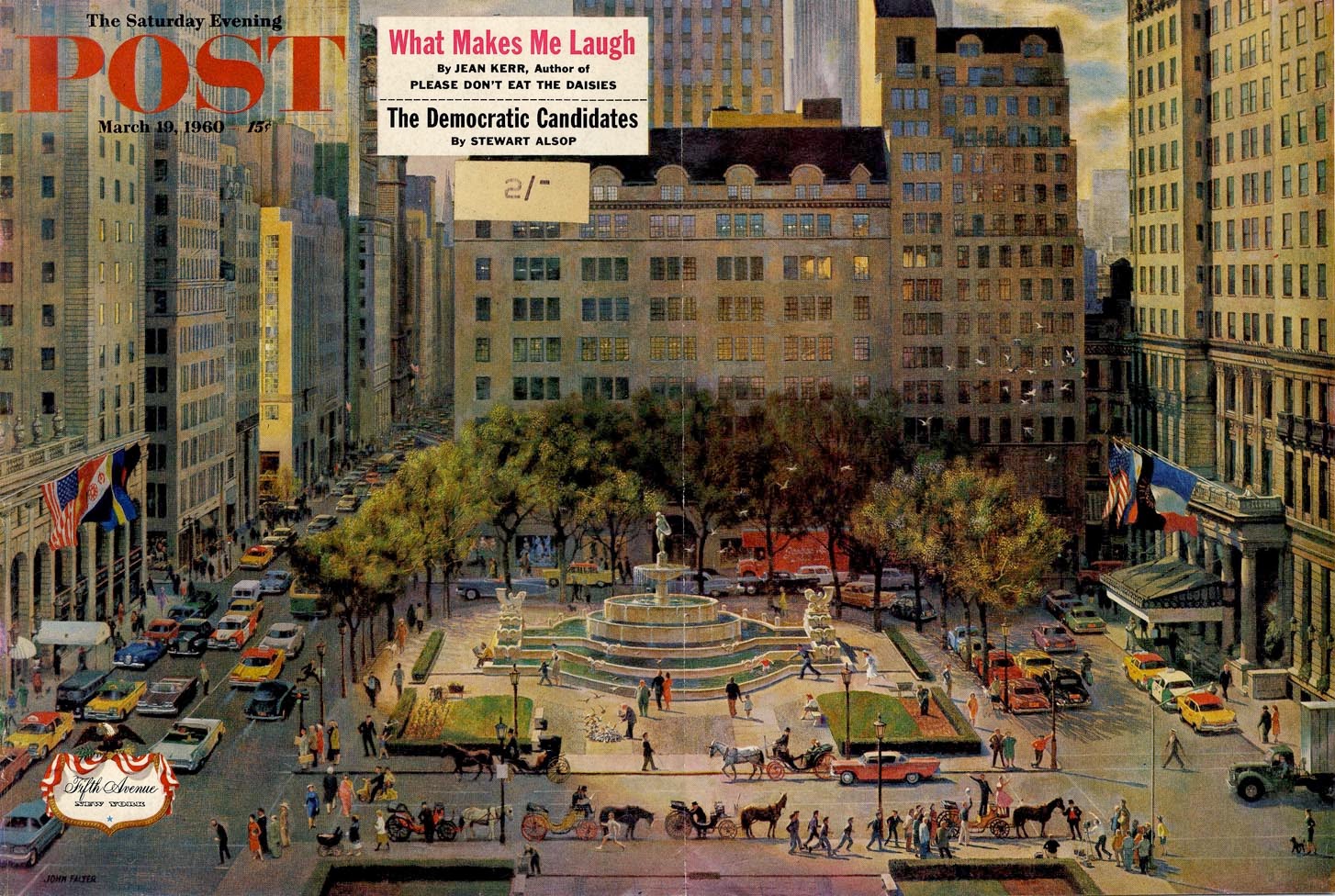