Natalina "Lina" Cavalieri (1874-1944) was orphaned as a teenager and ended her life in a bombing raid. Between those events she appeared in a movie and in operas while having her image on postcards and other popular media. That was because she was regarded as perhaps the most beautiful woman in the world.

Her Wikipedia entry is here, and a slightly snarky take regarding her singing ability from London's Telegraph is here.

Usually I populate Molti Ritratti posts with paintings. Oddly, even though Cavalieri's career was at its height when painted portraits were commonly made, very few were actually created. 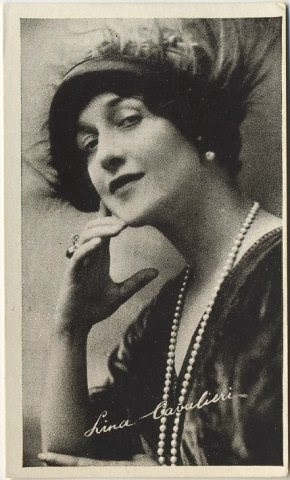 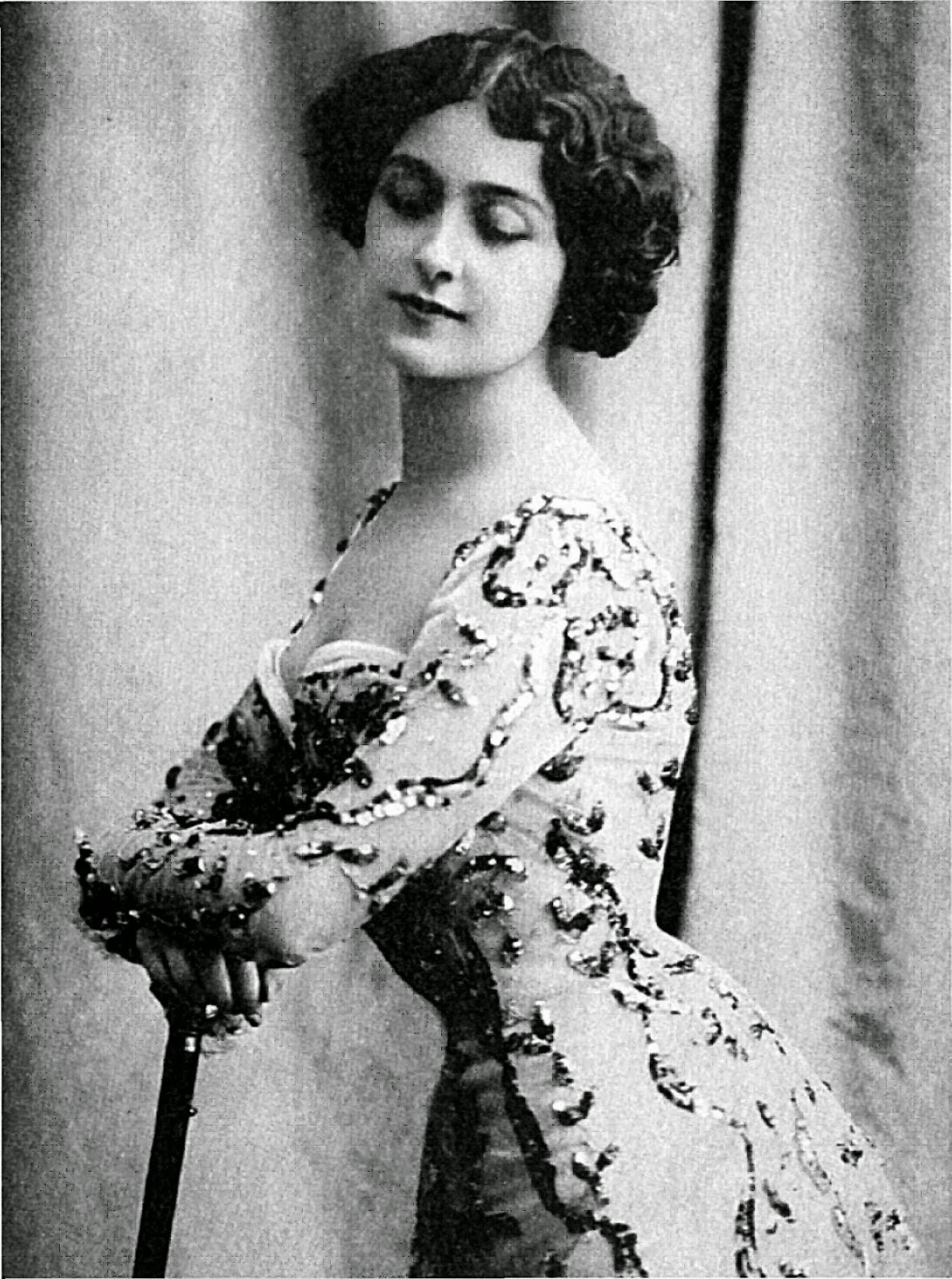 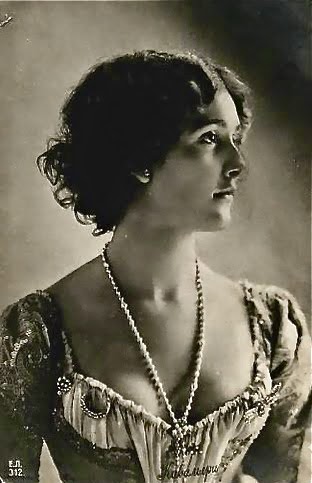 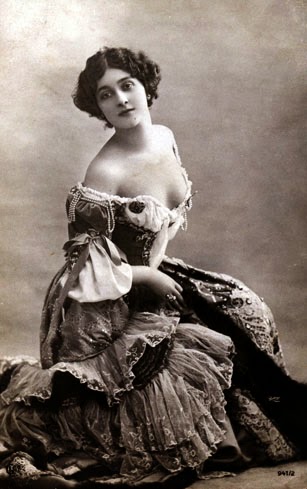 Cavalieri was mostly depicted by photography. 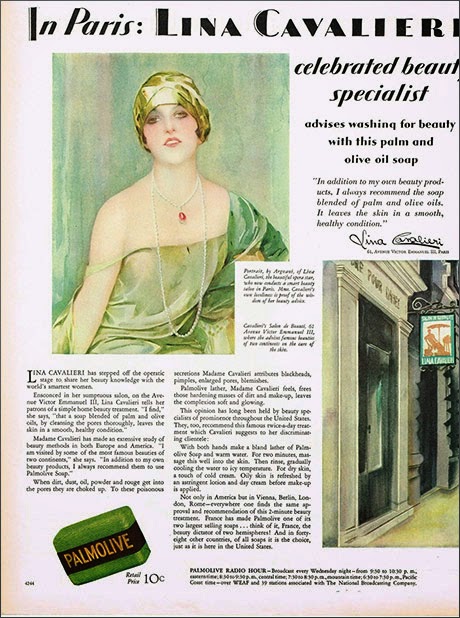 Here she appears in an illustration for a Palmolive soap advertisement.

Portrait painting by Cesare Tallone, early 1900s.  The contrast between the face and the rest of the painting is jarring. 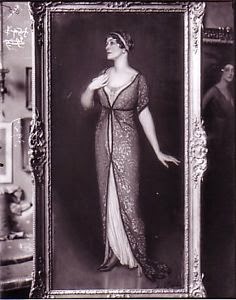 Photo of portrait painting by Antonio de la Gandara, 1912. This is the only image of the painting I could locate on the Internet. Let me know if a better one exists. 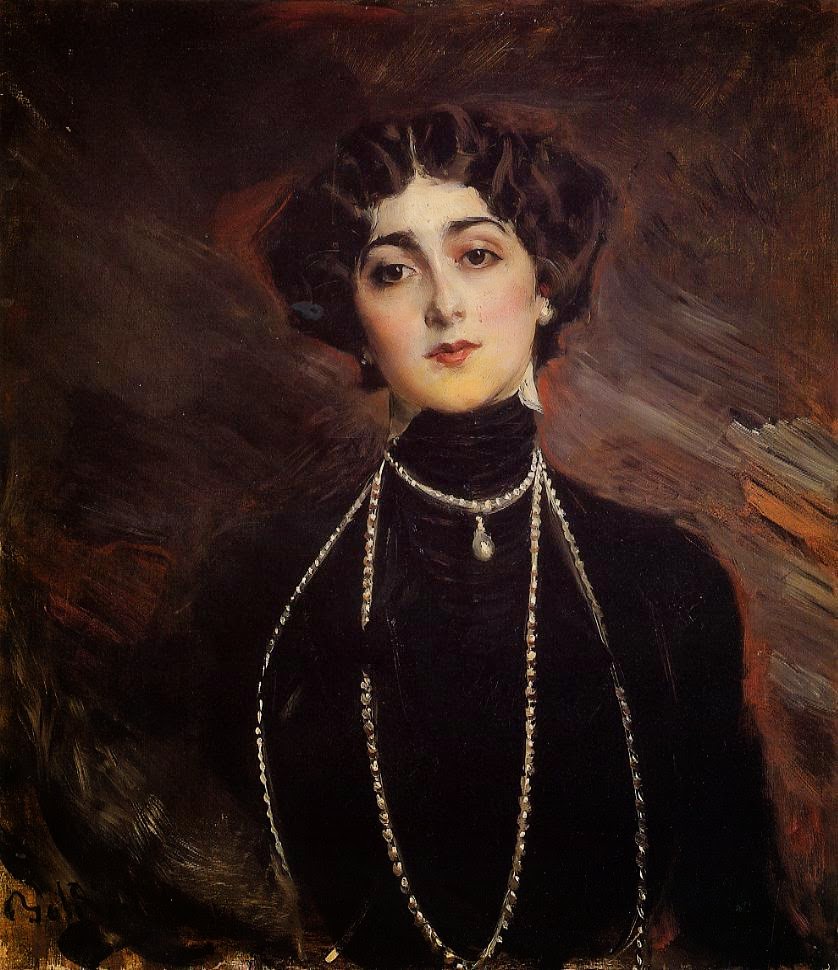 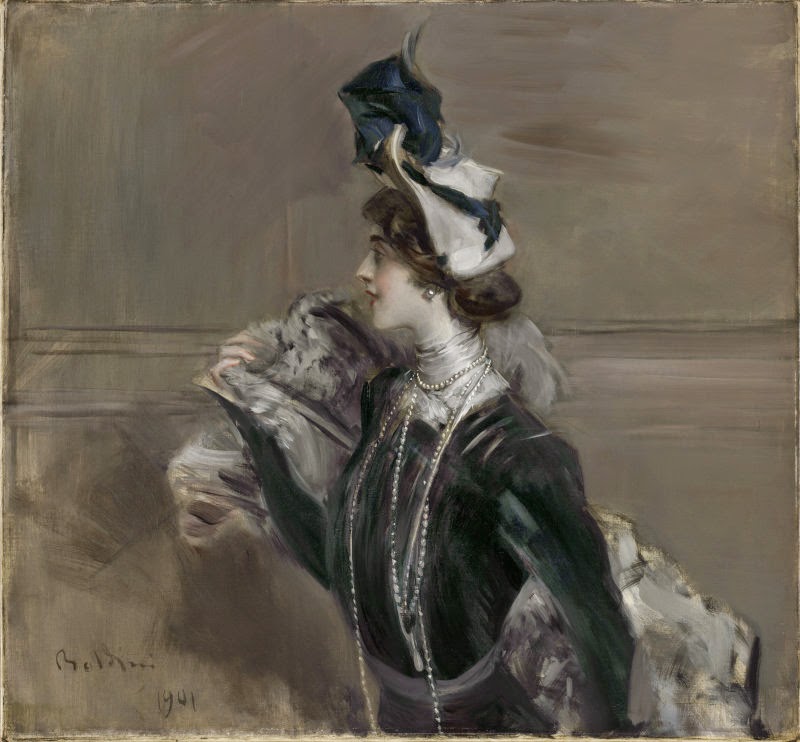 Two portraits by Giovanni Boldini painted in 1901.  He caught her in police mug shot fashion -- profile and full-face -- but neither try seems satisfactory to me.

Is it possible that a woman can be so beautiful that artists are incapable of conveying that beauty? Possibly.
Posted by Donald Pittenger at 1:00 AM