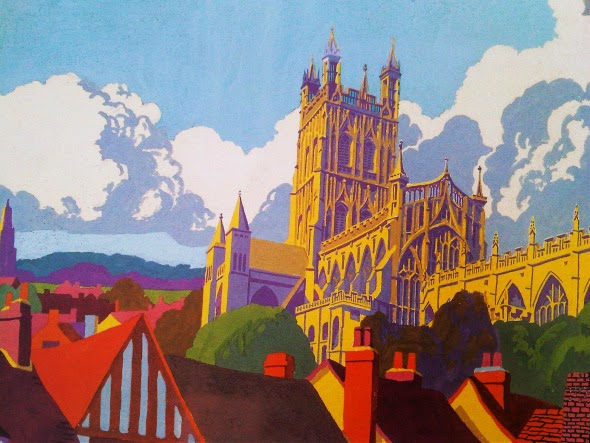 The poster-like illustration above is probably book cover or poster art by Brian Caldwell Cook Batsford (1910-1991), something apparently innovative in its day and now considered collectible.

A brief Wikipedia entry on Cook is here, and a better, much more detailed biographical sketch is here.

It seems that Cook was a bored student in school whose only interest was painting. His grades were so mediocre that university was out of the question for him. Fortunately, an uncle was a publisher, so Cook went to work at Batsford's, a firm he eventually led. He added Batsford to his name after leaving the RAF after World War 2 when he returned to the firm. Cook created many wraparound book covers for Batsford as well as posters for others.

On the side, he was a Tory parliamentarian and eventually was knighted. 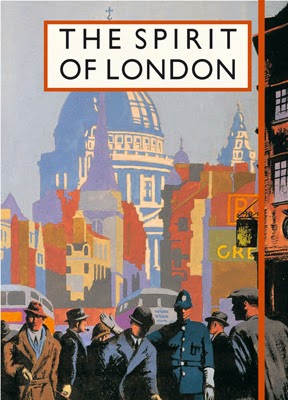 The front cover of a book I'm currently reading that deals with the London of 1932. Missing is the bloc containing the writer's name (Paul Cohen-Portheim).  The orange stripe at the right is not on my copy. 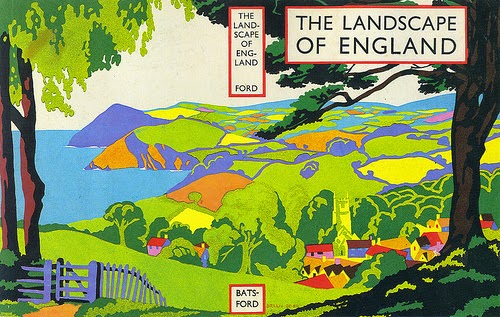 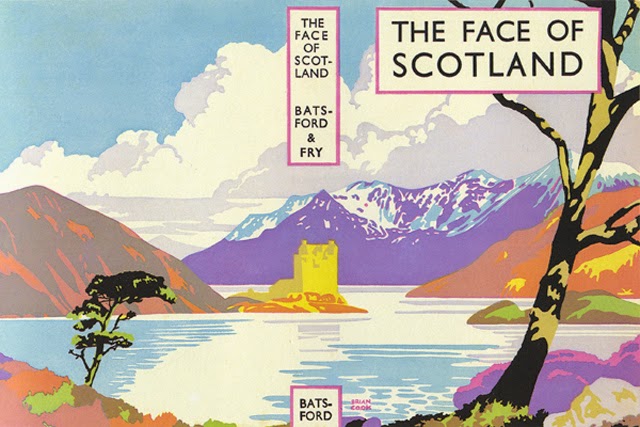 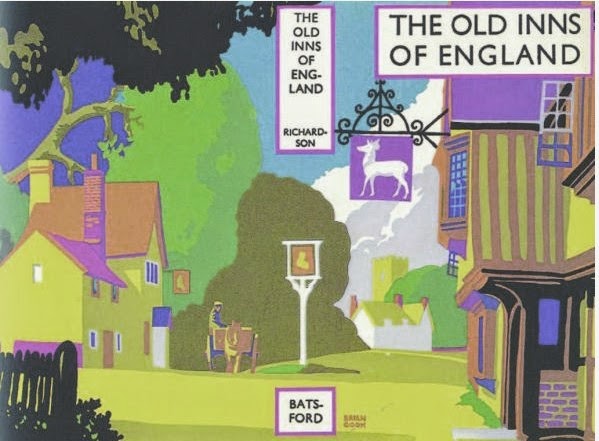 Here are examples of wrap-around book covers illustrated by Cook. 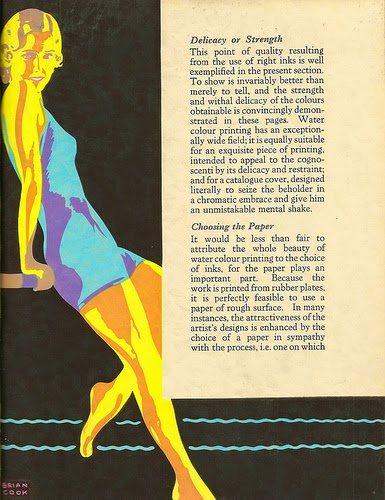