Edward Cucuel (1875-1954) was born and died in California. But his parents were German, and he spent much of his career there following training in Paris and flitting back and forth to the States. He left Germany for good when World War 2 started. These and other details of his life can be found here and here.

The second source mentions that Cucuel, who mostly portrayed attractive young women, used family members and friends rather than professional models. To judge from his body of work (just Google on his name and then go to Images), his friends must have been dear and the family members very obliging. That's because he did painting after painting showing a pretty woman in white dress, lounging around so that plenty of leg above her white hose was showing and, by the way, part of the top had fallen away to expose a small breast. I show only one of the latter below, the rest indicating other subjects he painted. 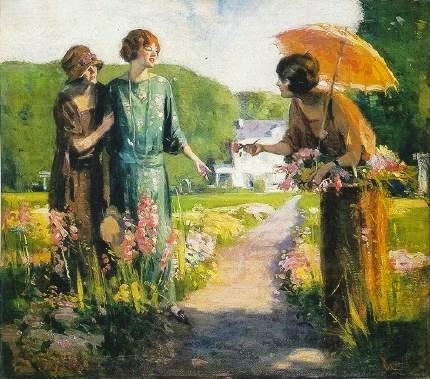 Picking Flowers
Some of his ladies were fully dressed and not wearing white. 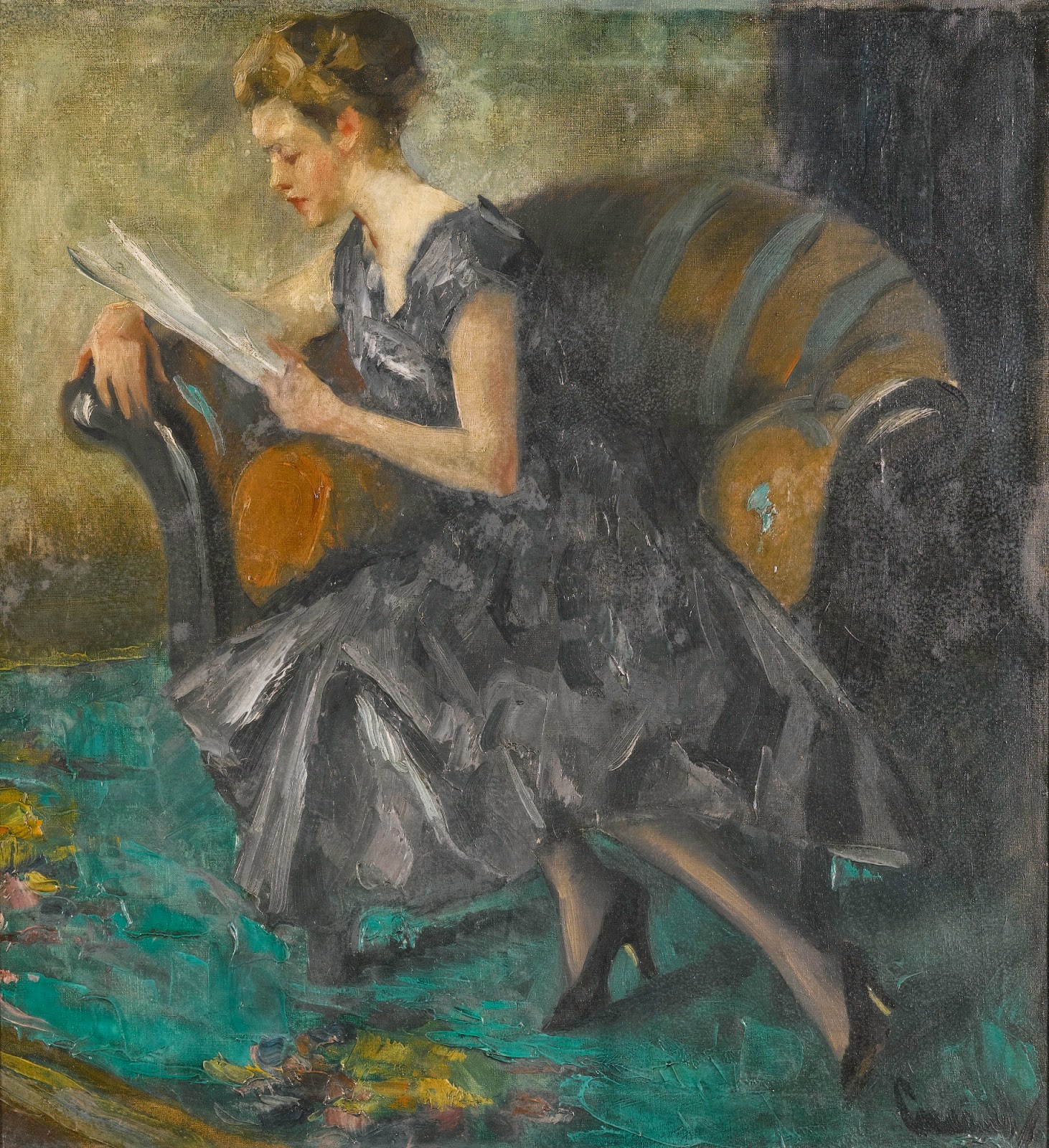 Mädchen in einem Interieur
Although the title I found for this is in German, it was probably painted around 1950 when Cucuel lived in Pasadena. 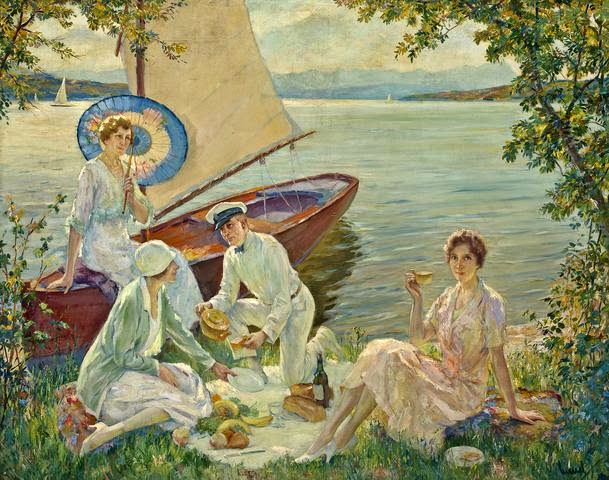 Picnic on the Starnberger See
This painting seems a bit more hard-edge than some of the others, but that might be due simply to size. 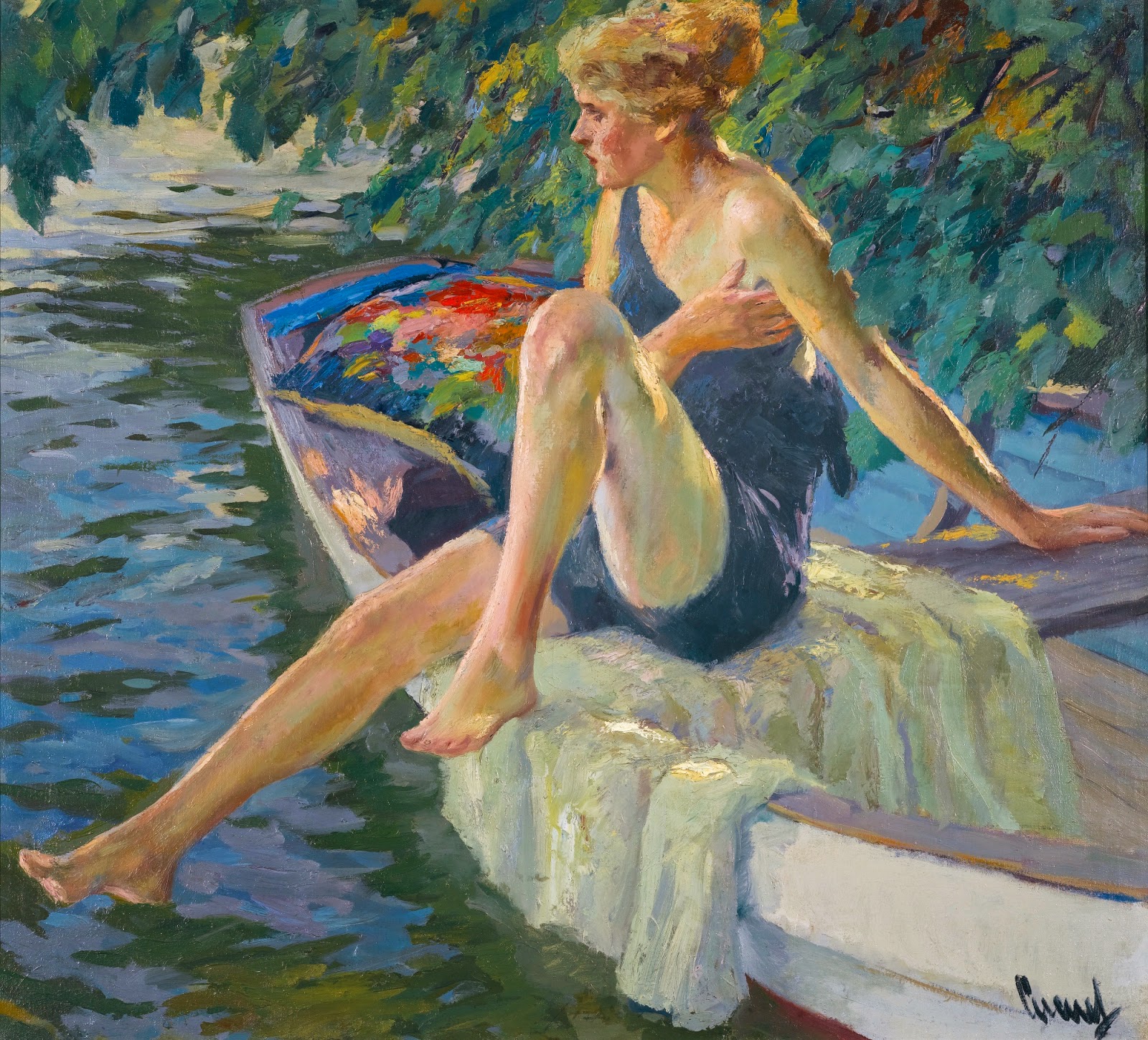 Wood Nymph
Flatter than most his his paintings. If the tree trunk were less modeled, that would be an improvement to what already is an interesting work. 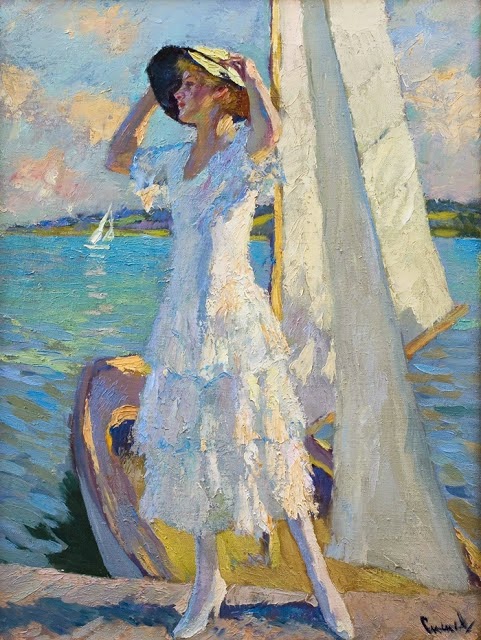 Young woman on dock
The perspective of the sailboat is highly distorted -- for no good reason, in my opinion. 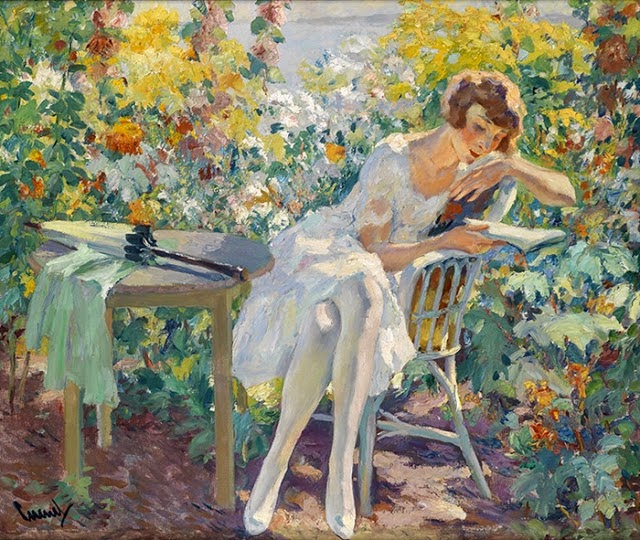 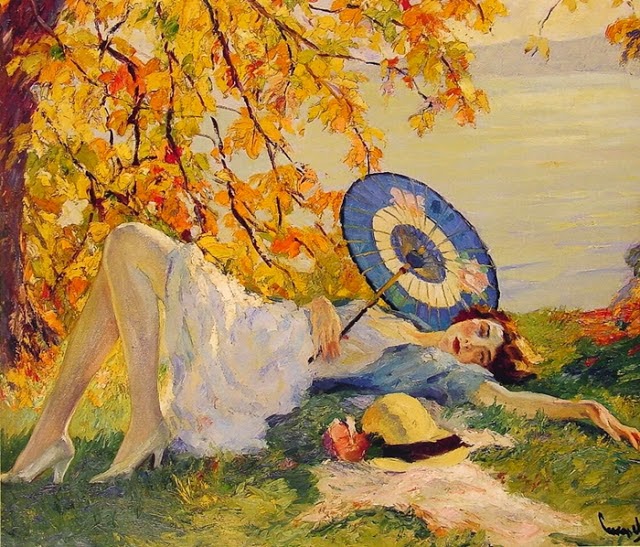 Young woman sleeping, parasol
Were I female and dressed like that, I'm not sure I'd want to flop on the grass. 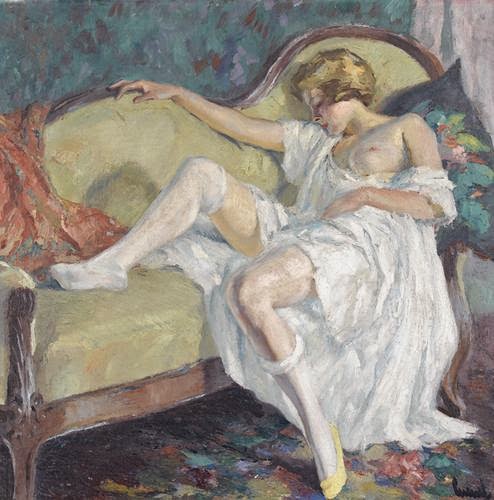 Young woman sleeping on a sofa
One of many of this general theme.