Otis "Shep" Shepard (1894-1969) and his wife Dorothy Van Gorder Shepard (1906-2000) were important figures in American poster and billboard design. Dorothy was trained at the California School of Arts and Crafts, whereas Otis ended formal education after the fourth grade and left home at age 12 to get on with life. His art training was informal, but he had plenty of natural ability along with an active mind that allowed him to exploit it. He got involved with billboards working at Foster & Kleiser, a major West Coast firm, rising to general art director in 1923.

Otis and Dorothy were married November 8, 1929, a few days after the Wall Street Crash, and went to Europe on honeymoon where they experienced first-hand modernistic poster designs. They carried that inspiration home and Otis applied it and the use of the airbrush to a poster for Chesterfield cigarettes (see below). This success led him to go free-lance.

In 1932, not long after he took charge of the Wm. Wrigley Jr. Company, Philip K. Wrigley met Shepard and soon hired him as what amounted to design chief for the chewing gum company whose other interests included the Chicago Cubs baseball team and Catalina Island, near Los Angeles. Shepard was involved with everything from billboards to designing Cubs uniforms to creating architectural and design harmony for Catalina. Not bad for a man lacking formal education.

I wrote about Shepard here in 2009 on the 2Blowhards blog. 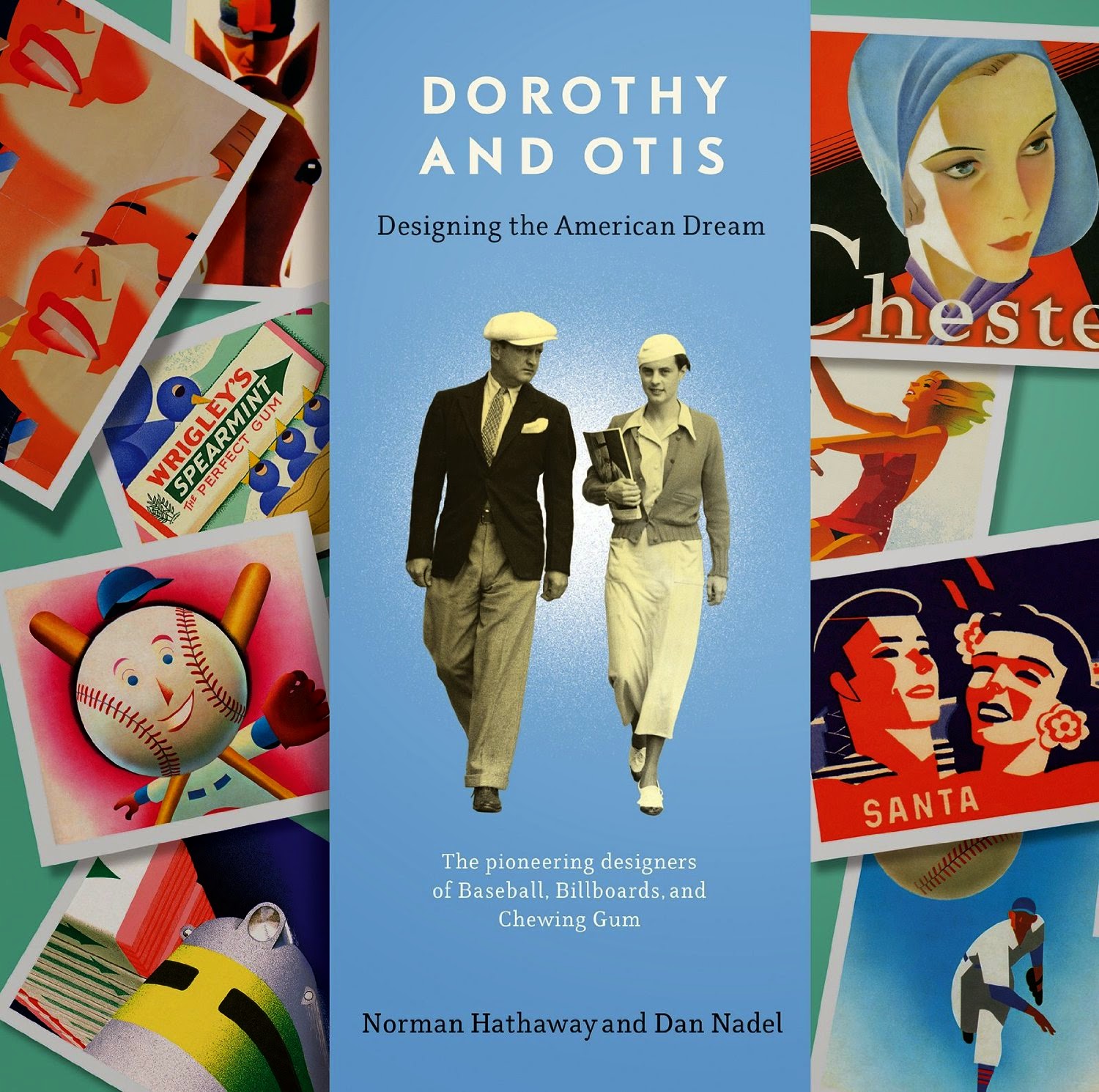 An excellent book about the Shepards was recently published. Its cover is shown above and its Amazon link is here.

A web site devoted to the Shepards and the book is here. An interview with one of the authors about the Shepards is here.

Below are (mostly) examples of their poster and billboard work.  Unless otherwise noted, the design and artwork was by Otis. 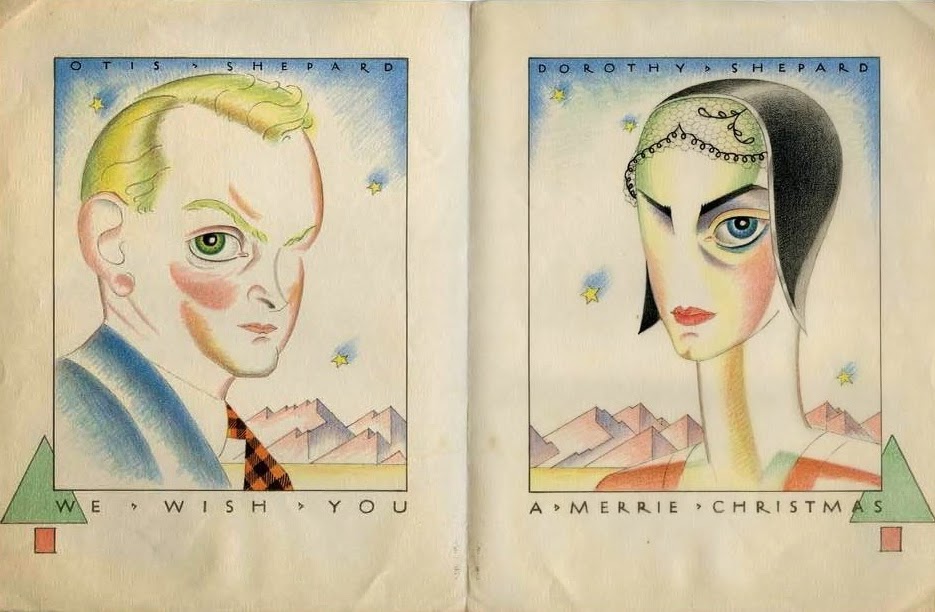 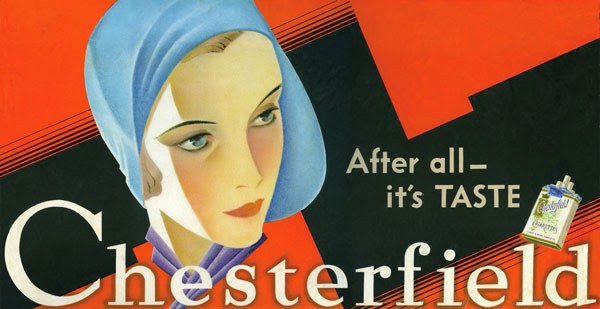 Chesterfield cigarettes billboard - 1930
This launched Otis' national-level career as a billboard artist/designer.  Dorothy was used as the model. 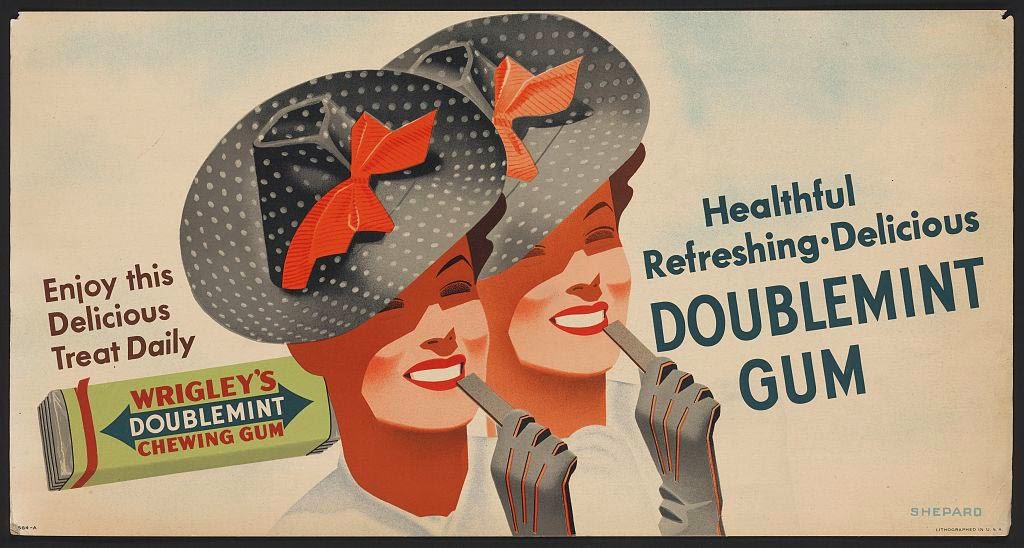 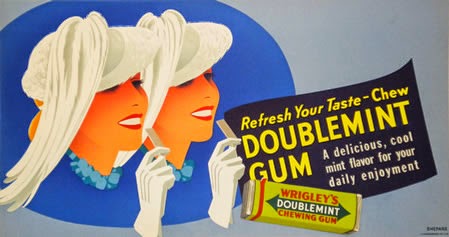 Juicy Fruit chewing gum billboard
An interesting feature is the mouth appearing on the slogan banner.