In the Beginning: Joaquin Sorolla

Joaquín Sorolla y Bastida (1863-1923) has regained a measure of the fame he enjoyed in his lifetime. For a summary of his life and career, click here.

Sorolla incorporated little of mainstream modernism in his paintings. On the other hand, his mature style was freer than what Academy graduates were trained in. As best I can tell, his training was Academic in sprit, if not in every respect. Regardless, his early major works dealt with themes and styles that could meet with Academic approval. 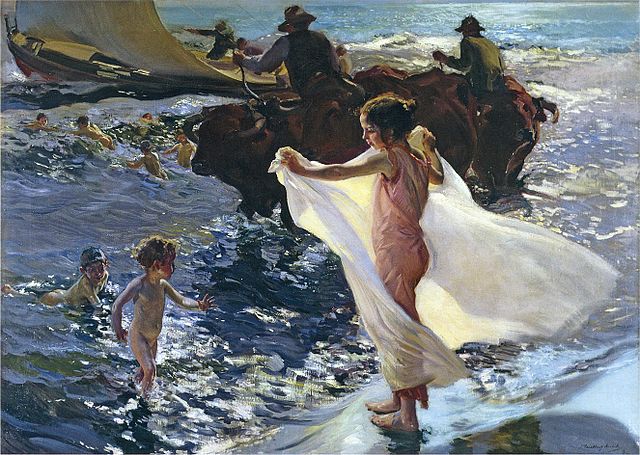 Bathing Hour - 1904
This painting made when he was about 40 contains many elements of Sorolla's signature style and subject matter. The Valencia (probably) seashore, a boat, oxen in the water, naked children bathing, and an older girl or young woman in damp clothing. 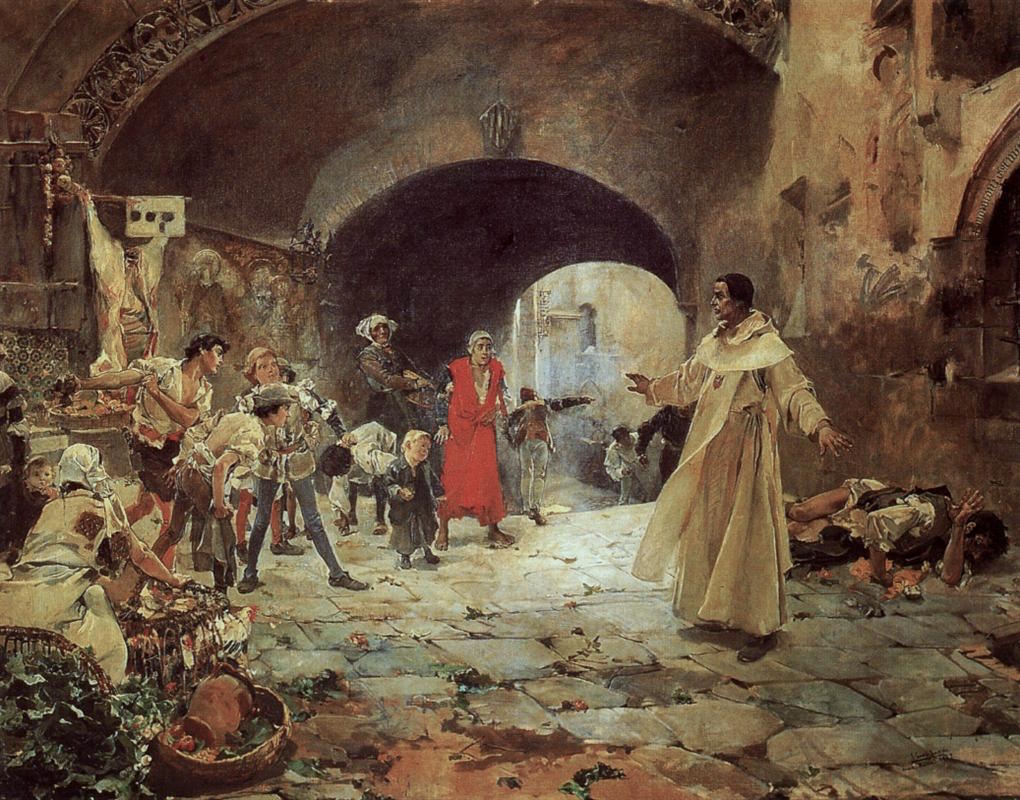 Father Jofré Protecting a Madman - 1887
A number of his early paintings were either historical scenes or social commentary, themes he largely abandoned in his 30s as he found his true artistic vocation. 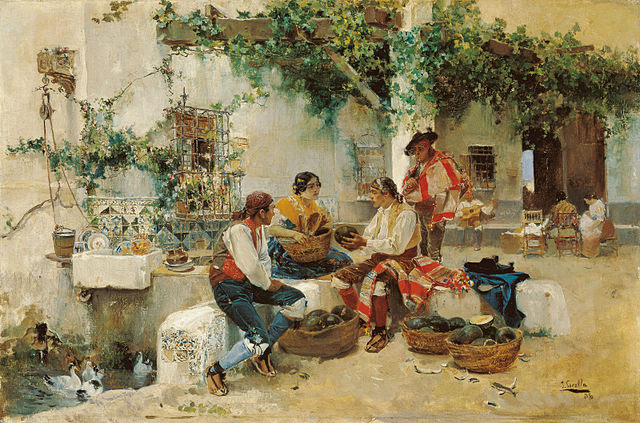 Selling Mellons - 1890
Around this time Sorolla painted several paintings with similar appearance and subject matter to this. He would occasionally return to genre scenes until they became a major theme in his Provinces of Spain series for Archer Huntington. 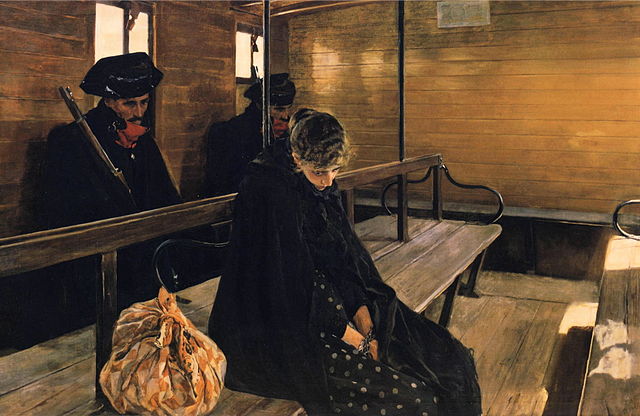 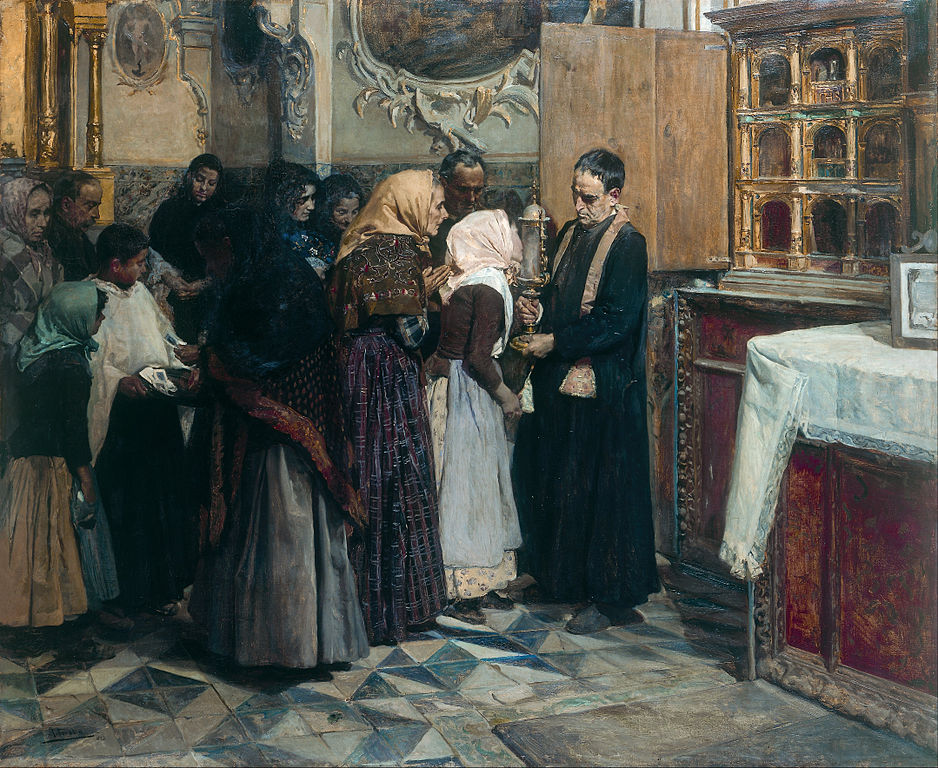 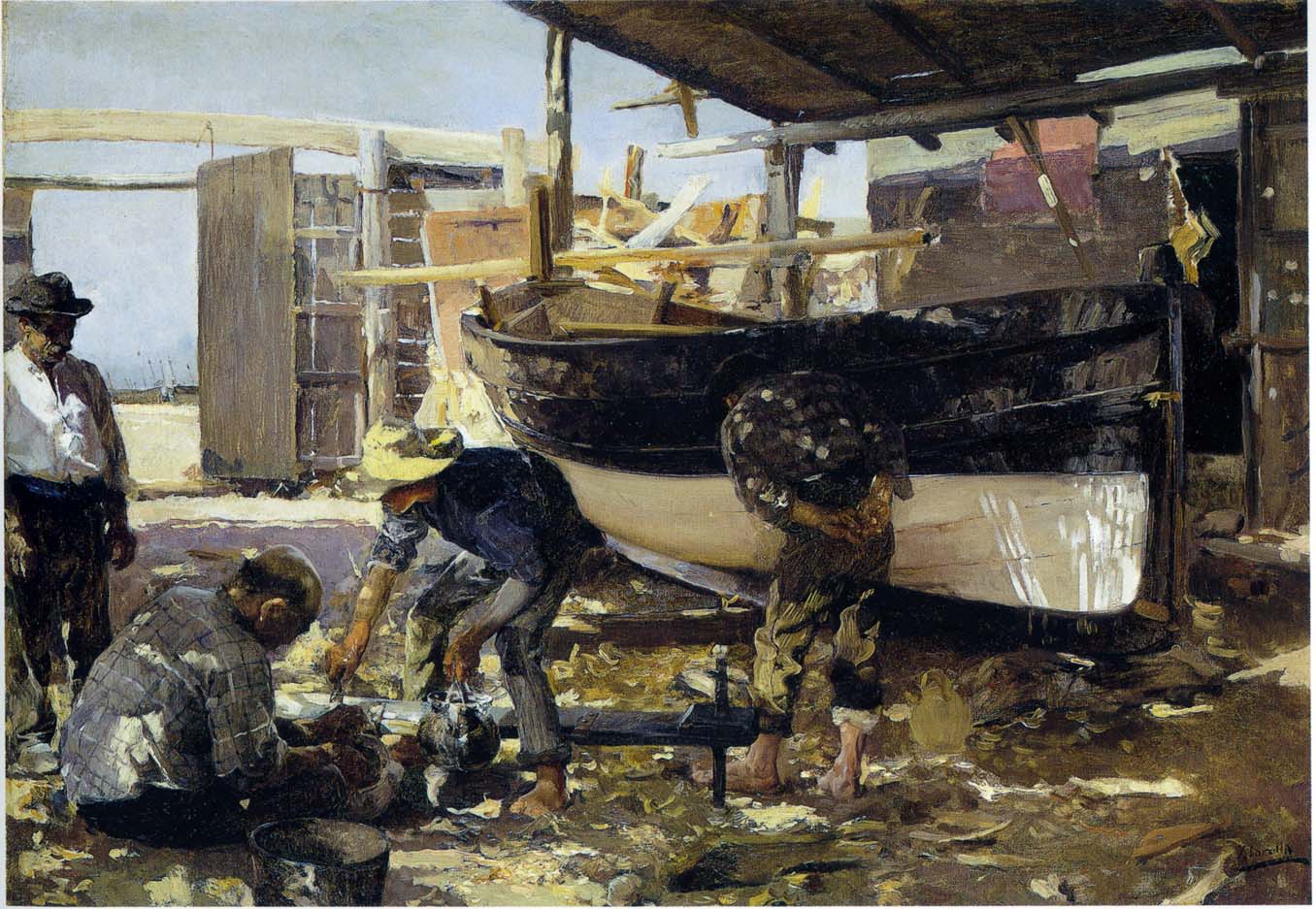 The Boat Builders - 1894
Finally, near Sorolla's beloved seacoast. Still missing is the bright sunshine found in his famous works. 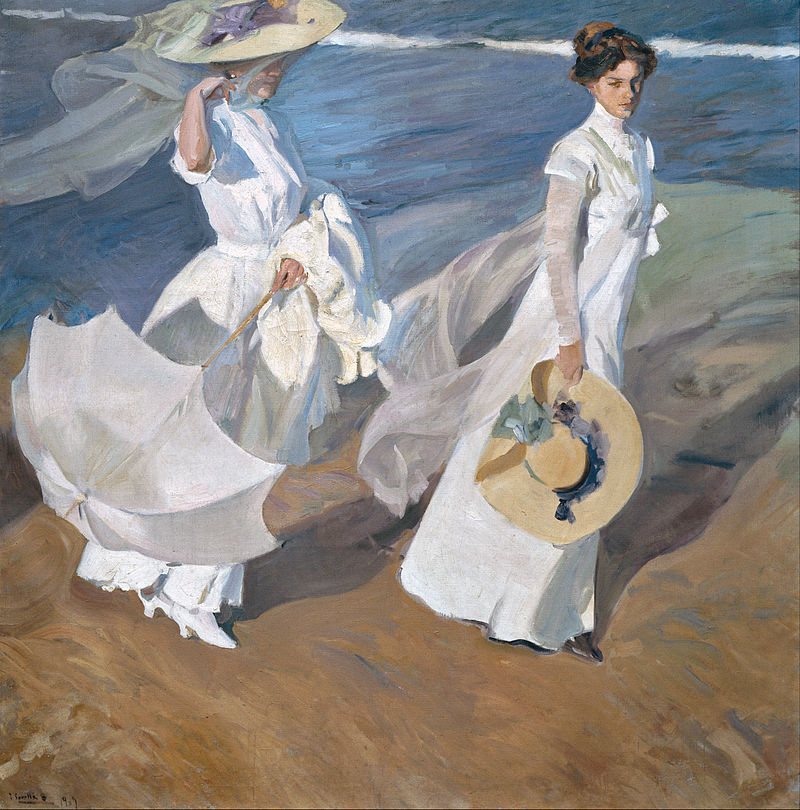 Walk on the Beach - 1909
I'm tossing in this painting to remind viewers of Sorolla at his mature best. This painting shows his wife and a daughter at the shore. It's one of my favorite paintings. To see it in person, all you have to do is go to Madrid and visit the Museo Sorolla housed in his former home/studio.

I didn't know of this guy. Craftsmanship plus atmosphere, cracking! Thanks for the heads-up.