Jules-Alexandre Grün (1868-1938) spent much of his career as a poster illustrator. But when the occasion arose, he had a good eye for portraiture and composing believable crowd scenes, as can be seen in some large paintings he made. I last wrote about him here, and here is his French Wikipedia entry (the one in English is skimpy, so have your browser translate this, if it can).

Below are two of his best paintings of that kind followed by his final crowd scene, made as he was coming down with Parkinson's disease. Click on images to enlarge. 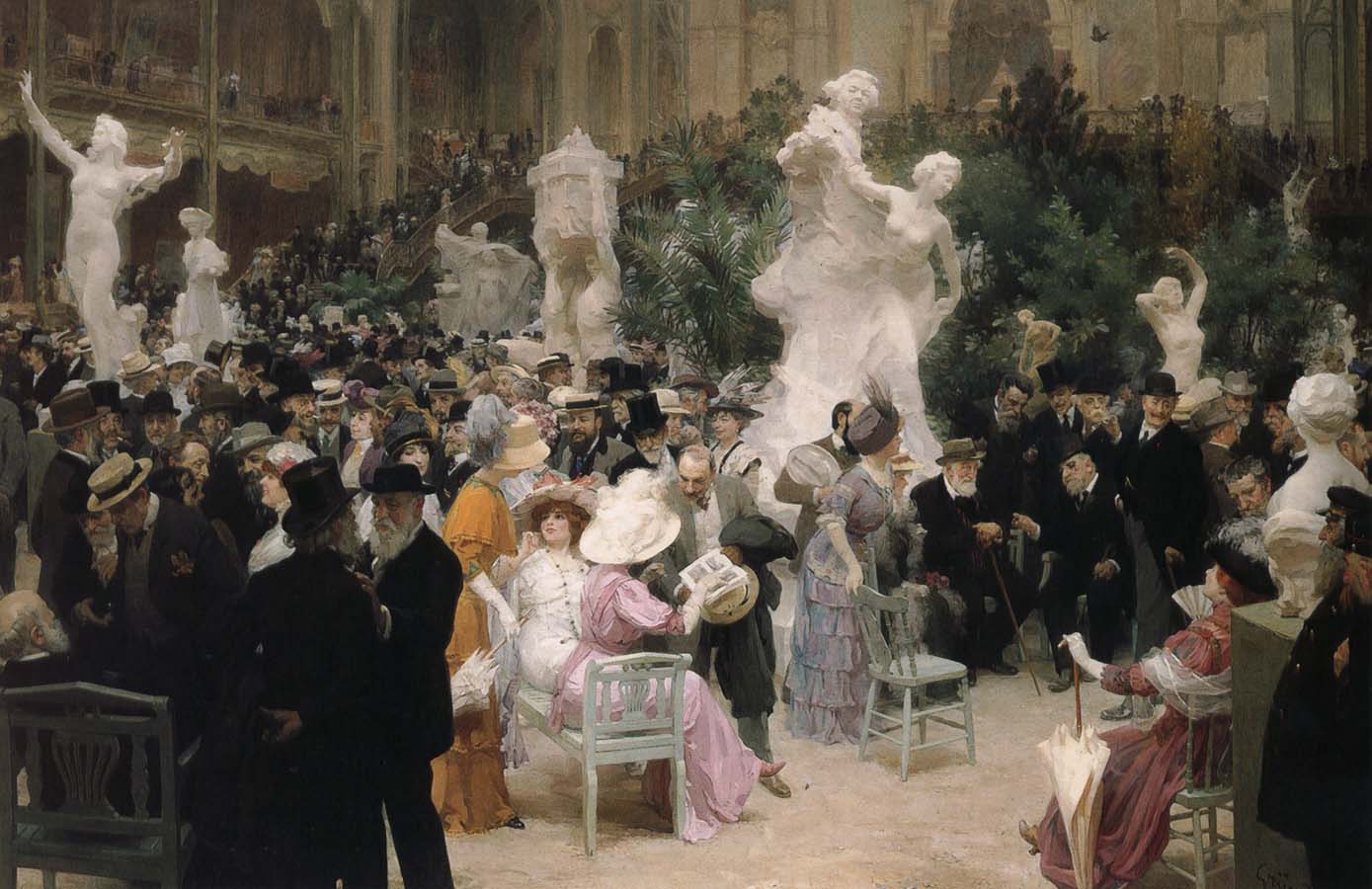 Un vendredi au Salon des artistes français - A Friday at the French Artists' Salon - 1911
Star of the painting (near the center, in white behind the woman in the mauve dress) is Geneviève Lanthelme (1883-1911), who died the same year the painting was completed under suspicious circumstances. Grün included himself and his wife. His wife Juliette is in front of the largest sculpture, wearing a violet dress. Grün is the bald, bearded man right behind her. 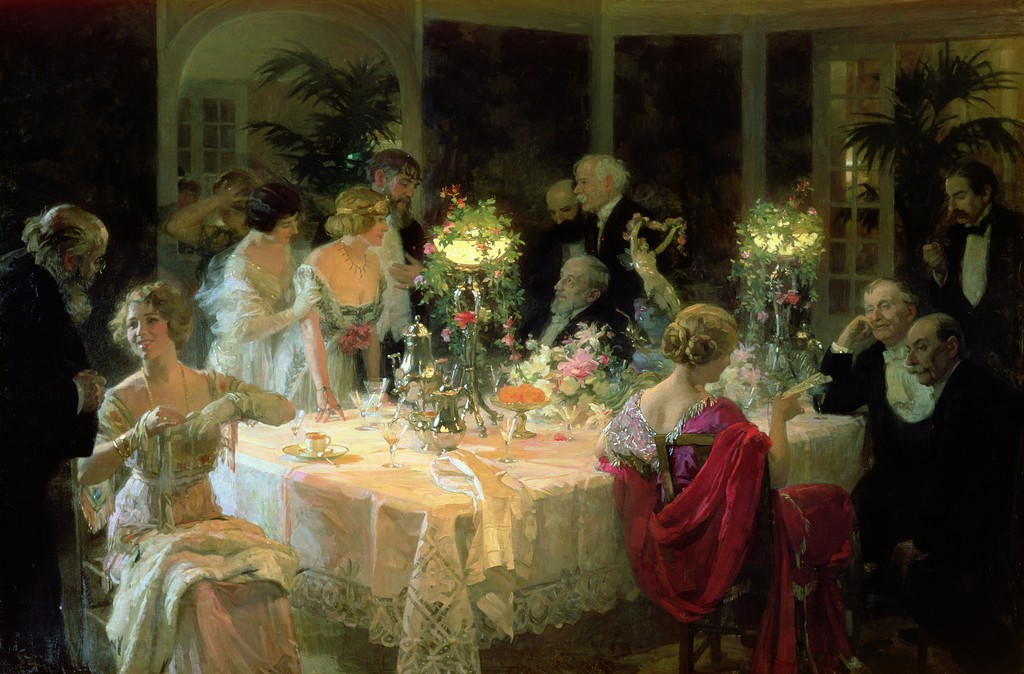 Fin de souper - After Supper - 1913
This is perhaps his painting that I like the best. I think it has to do with the lively young lady at the left. 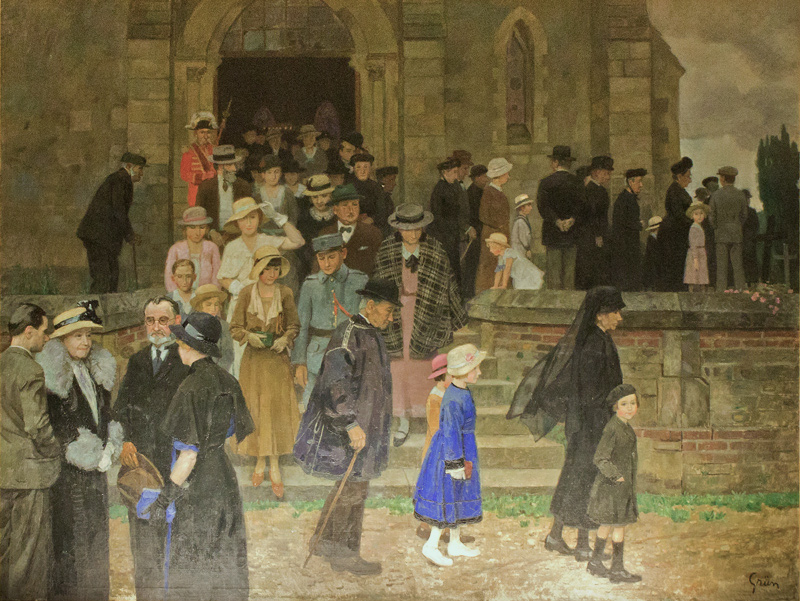 Sortie de la messe au Breuil-en-Auge (Calvados) - Leaving Mass - 1934
This is the only image of this painting that I could locate on the Web, and it's marred because of the lighting where it's mounted, Église Saint-Michel - Pont-l'Évêque (near the junction of autoroutes A13 and A132 in Normandy).

Grün manages his crowd composition well, as usual, but the people are painted more thinly and sketchily than in the earlier works when he was in his prime.
Posted by Donald Pittenger at 1:00 AM

Labels: Towards the End