Frederick Goodall (1822-1904) was a Royal Academician whose career was successful until near the end of his long life when he became bankrupt.

Goodall's Wikipedia entry is here. A web site devoted to his family includes this biographical information.

Although he painted a variety of subjects, Goodall is best considered an Orientalist, one of a group of (mostly) European 19th century artists who traveled North Africa and the Near East, painting scenes of the exotic for their pre-television / pre-internet audiences.

To put it another way, Orientalist painters were reporters of a kind. That, combined with their typically academic training, accounts for that fact that most Orientalist paintings (regardless of artist) are hard-edged and detail-filled. 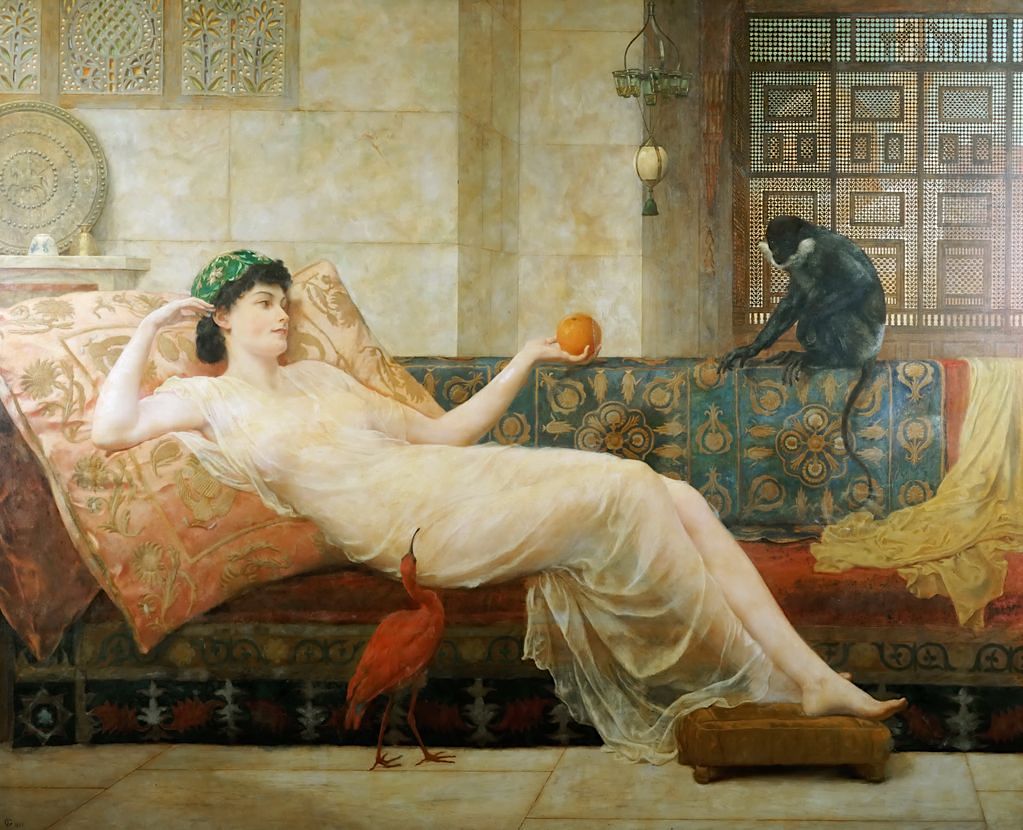 A Dream of Paradise
Many Orientalists needed little excuse of paint exotic beauties, clothed or (so much the better) partly so. The lady pictured here appears to be a fair-skinned Greek in what logically would be a Turkish setting, but more likely she was an Englishwoman. 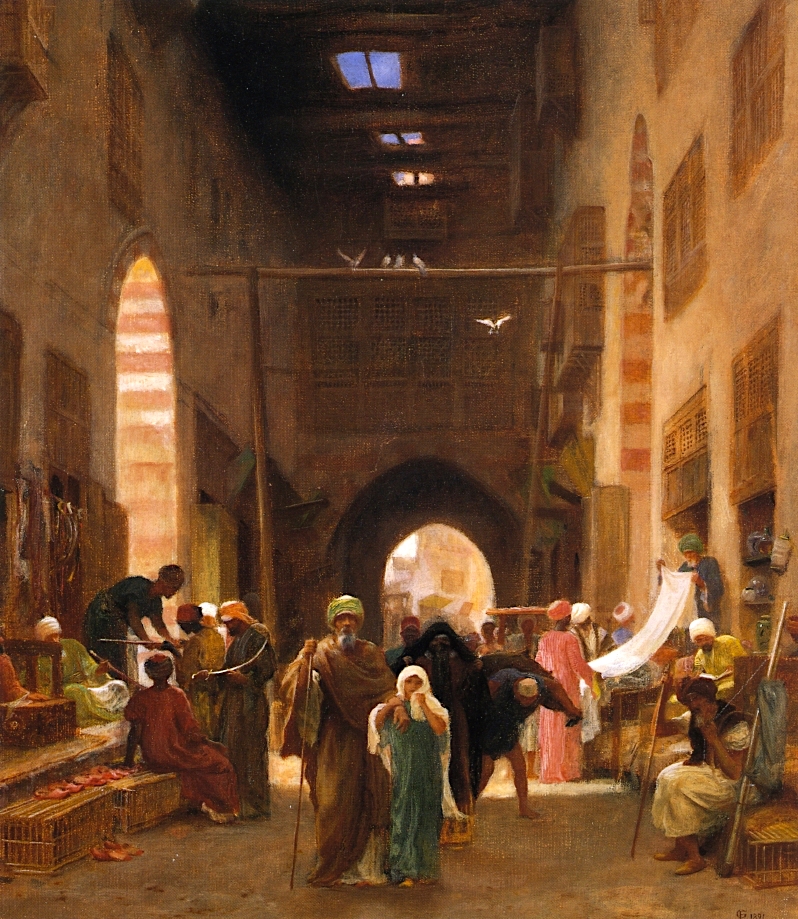 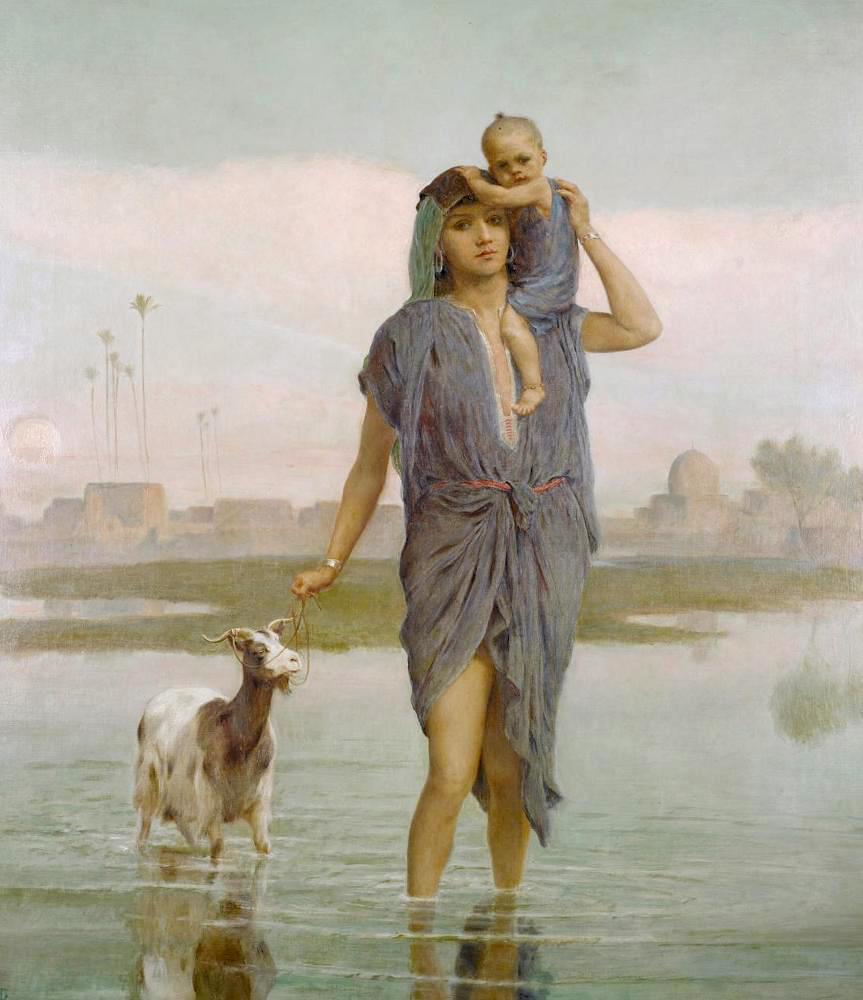 Leaving the Village
Presumably during the annual rise of the Nile in Egypt.

The Light of the Sun Upon the Pyramids of Giza 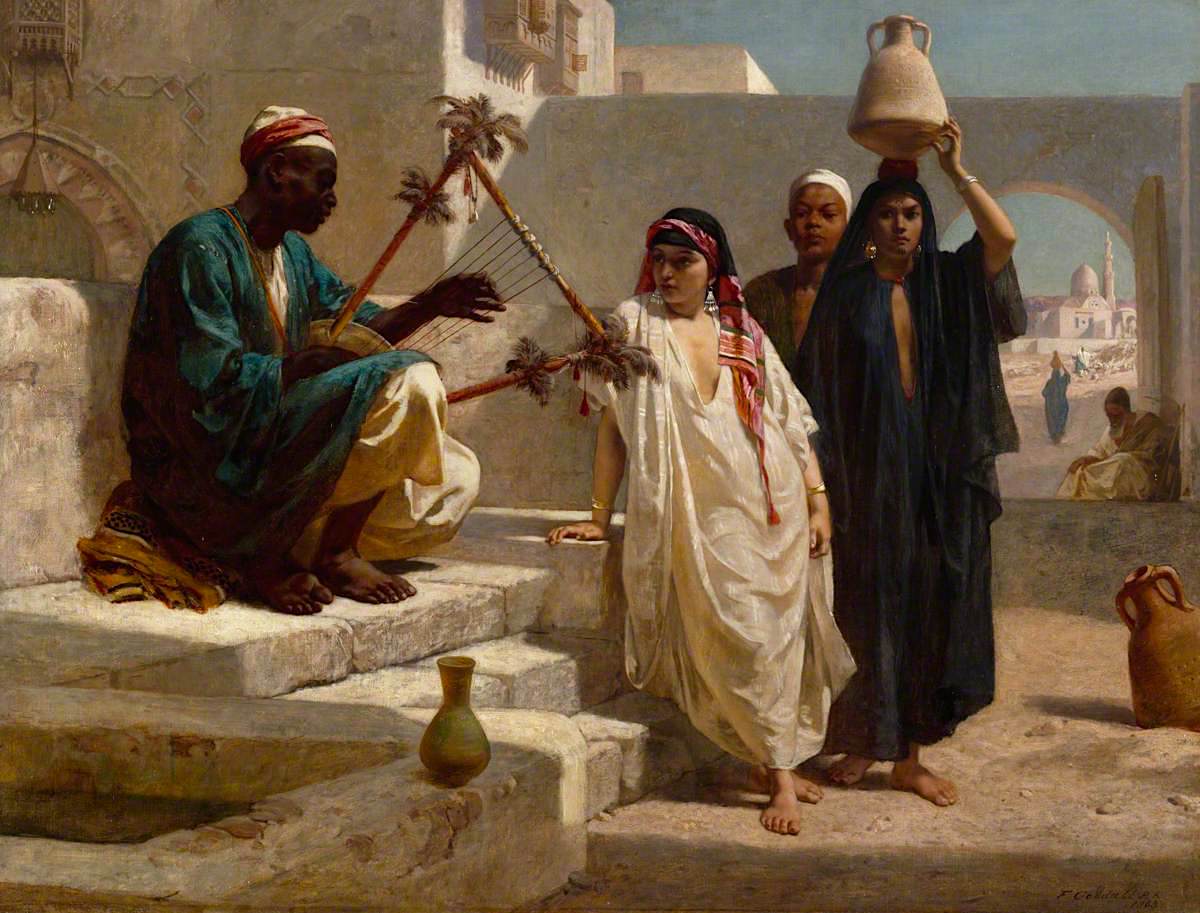 The Song of the Nubian Slave - 1863
The color work is nice on this, one of Goodall's better Orientalist paintings. 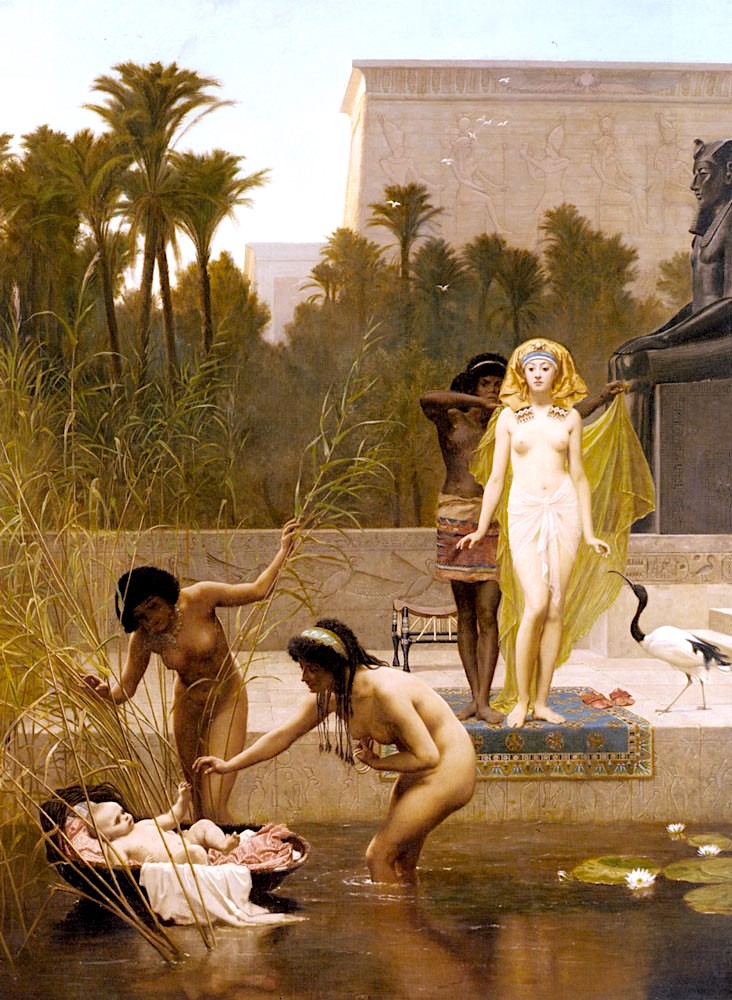 The Finding of Moses
Not strictly Orientalist, but informed by Goodall's travels in Egypt. 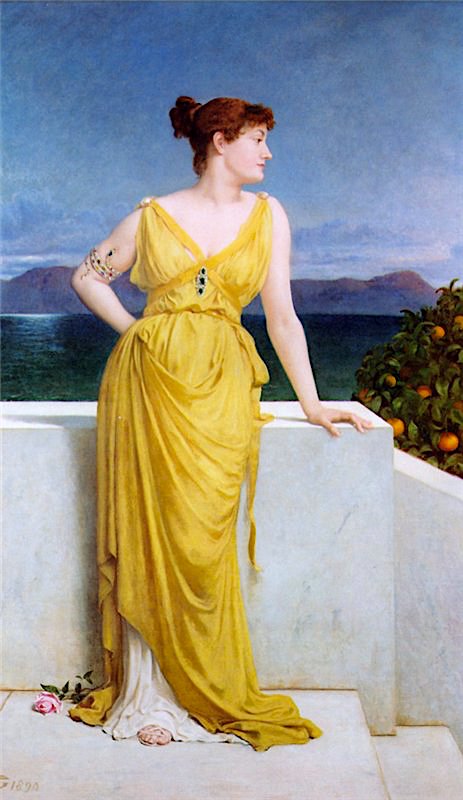 Mrs Charles Kettlewell in Neo-classical Dress - 1890
Lawrence Alma-Tadema was a master of painting marble and Northern Europeans in Classical scenes. Goodall was not so good at this. 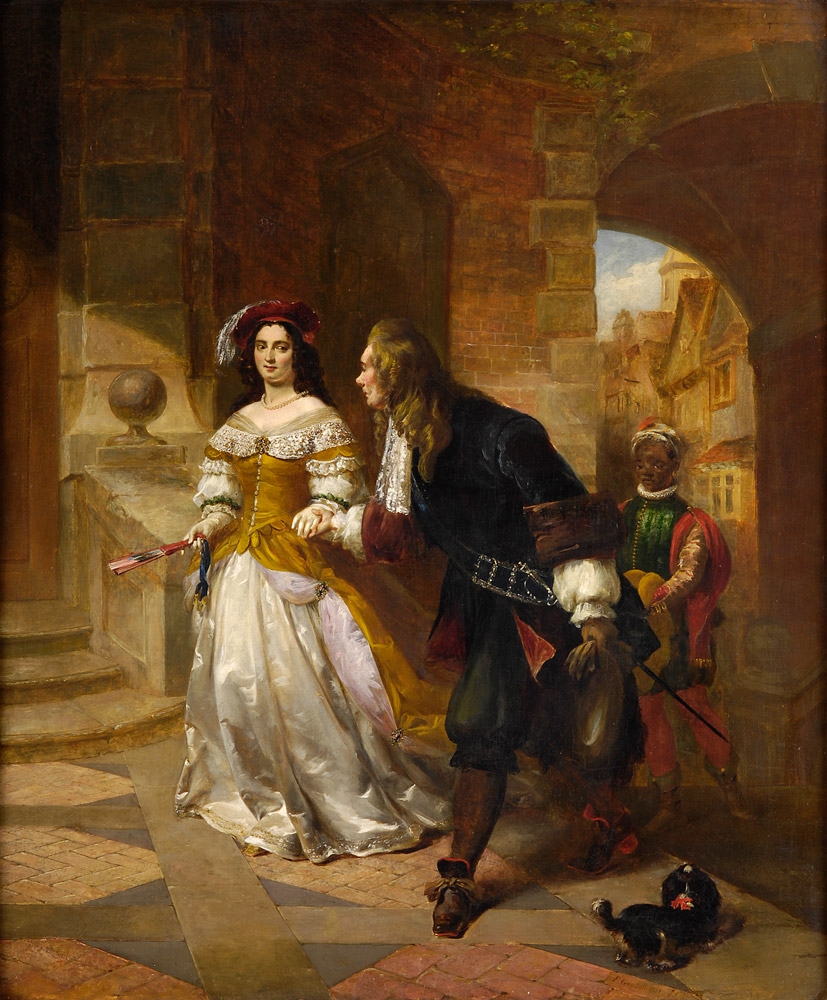 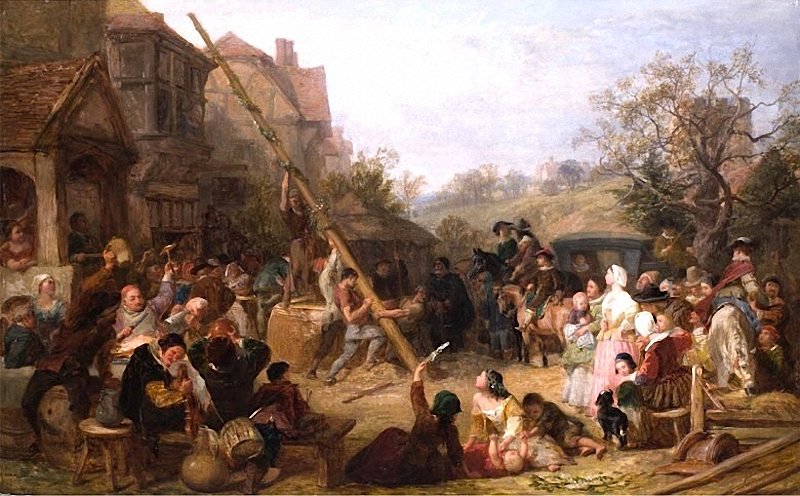 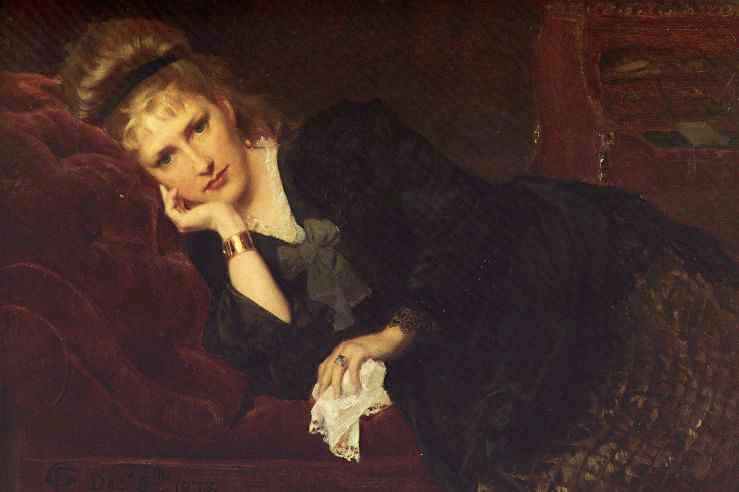 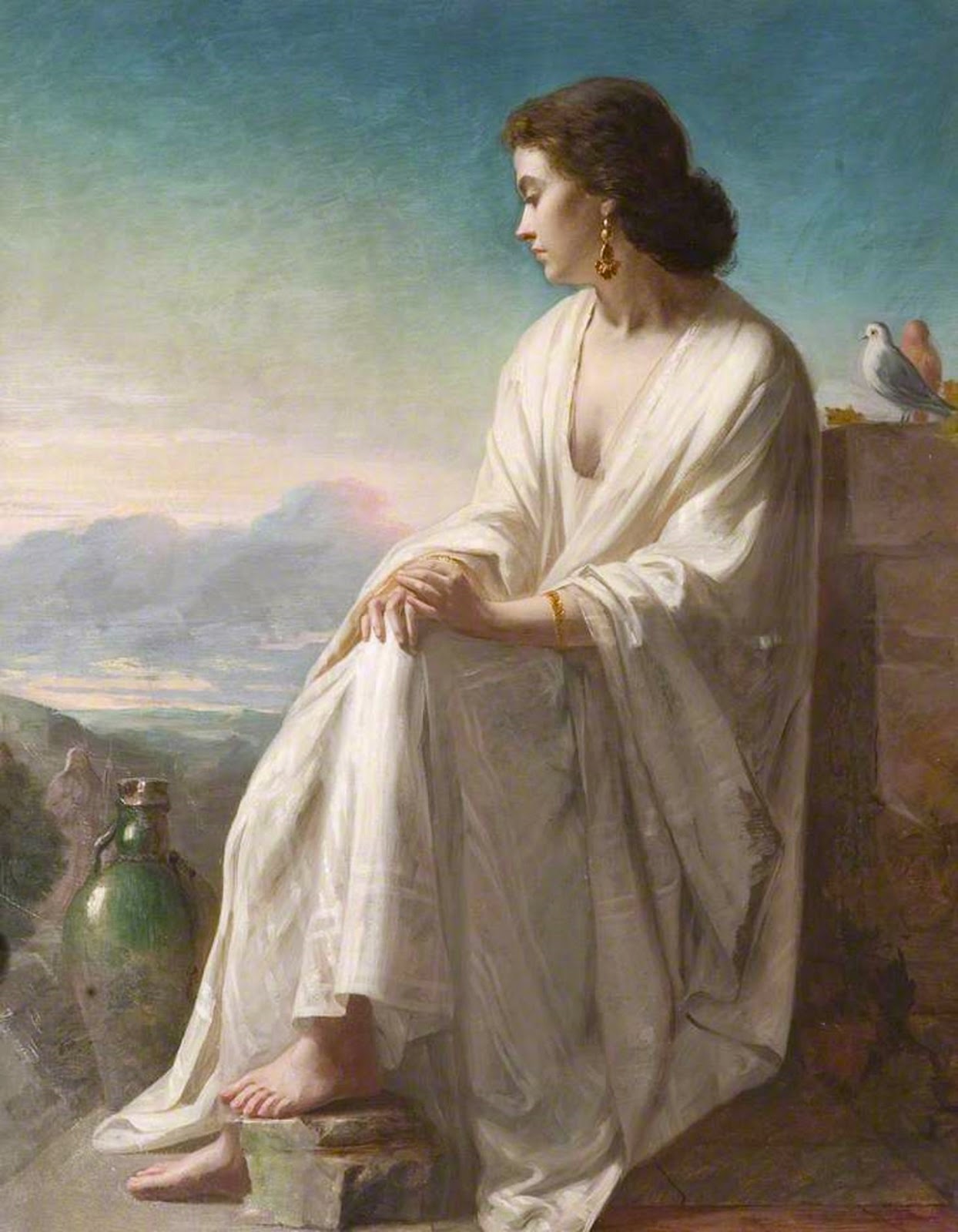 Rebecca at the Well
A Biblical scene with an Englishwoman posing -- an offshoot of Orientalism.