Wilhelm (Vasily) Aleksandrovich Kotarbiński (1848-1921), a Pole who spent many years in Italy as well as in his native Russian Empire, is best known for his classical and religious paintings, though he also dealt with other subjects at times. His English language Wikipedia entry is here, and it has a link to the lengthy Polish entry that your browser might be able to translate.

Based on images of his works found on the Internet, what struck me was the great variation in quality. My guess is that the inferior paintings were primarily sketches or studies, but I can't be certain. 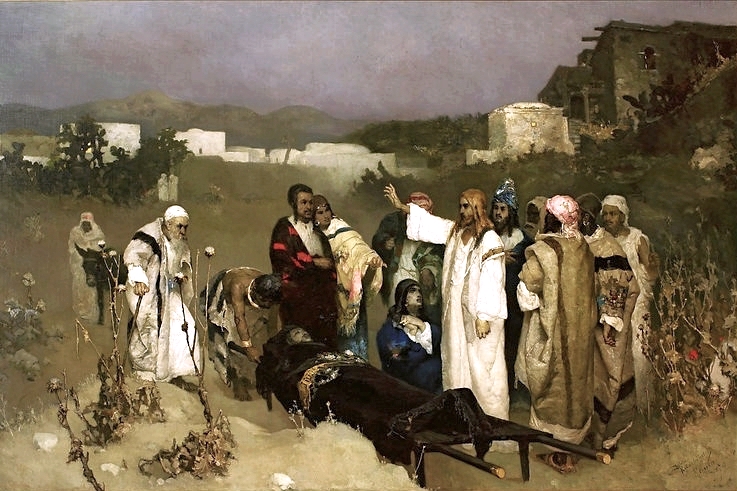 Raising of the Son of the Widow of Nain - 1879
This painting was in the National Museum in Warsaw's Gallery of Polish Painting when I visited a number of years ago. It deals with the passage in Luke 7: 11-15. It was painted in Rome, and not intended to be placed in a religious setting. 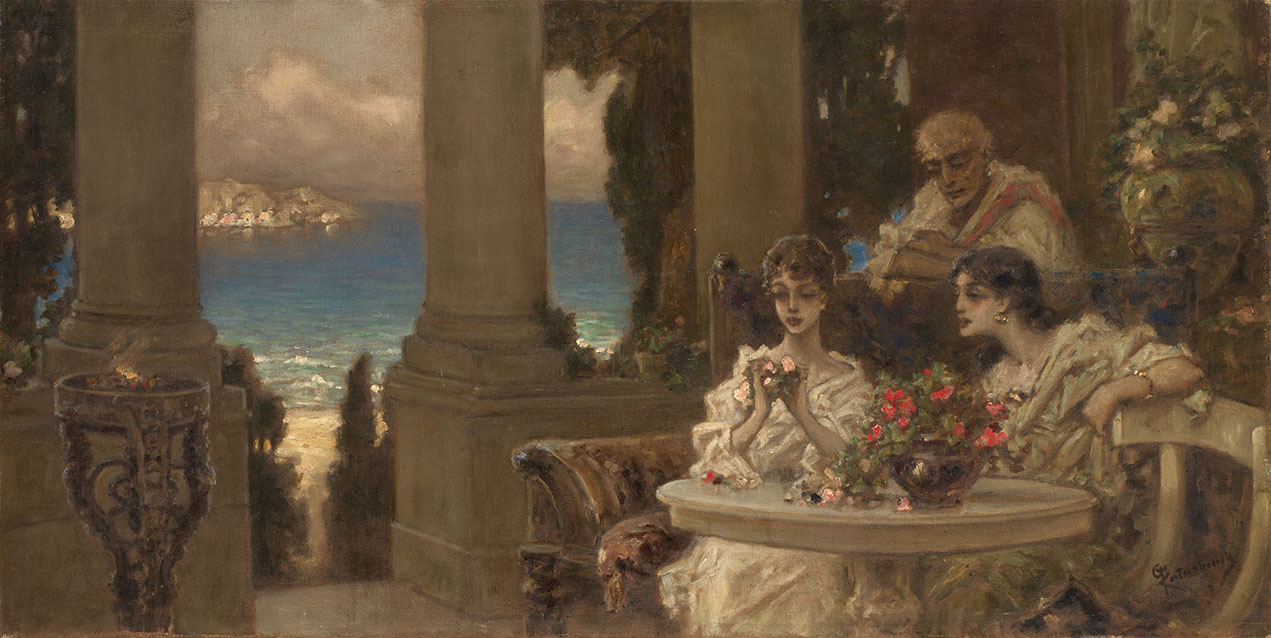 On the Terrace
This is one of those inferior works I referred to. It is sketchily painted. Note how poorly the faces are drawn. 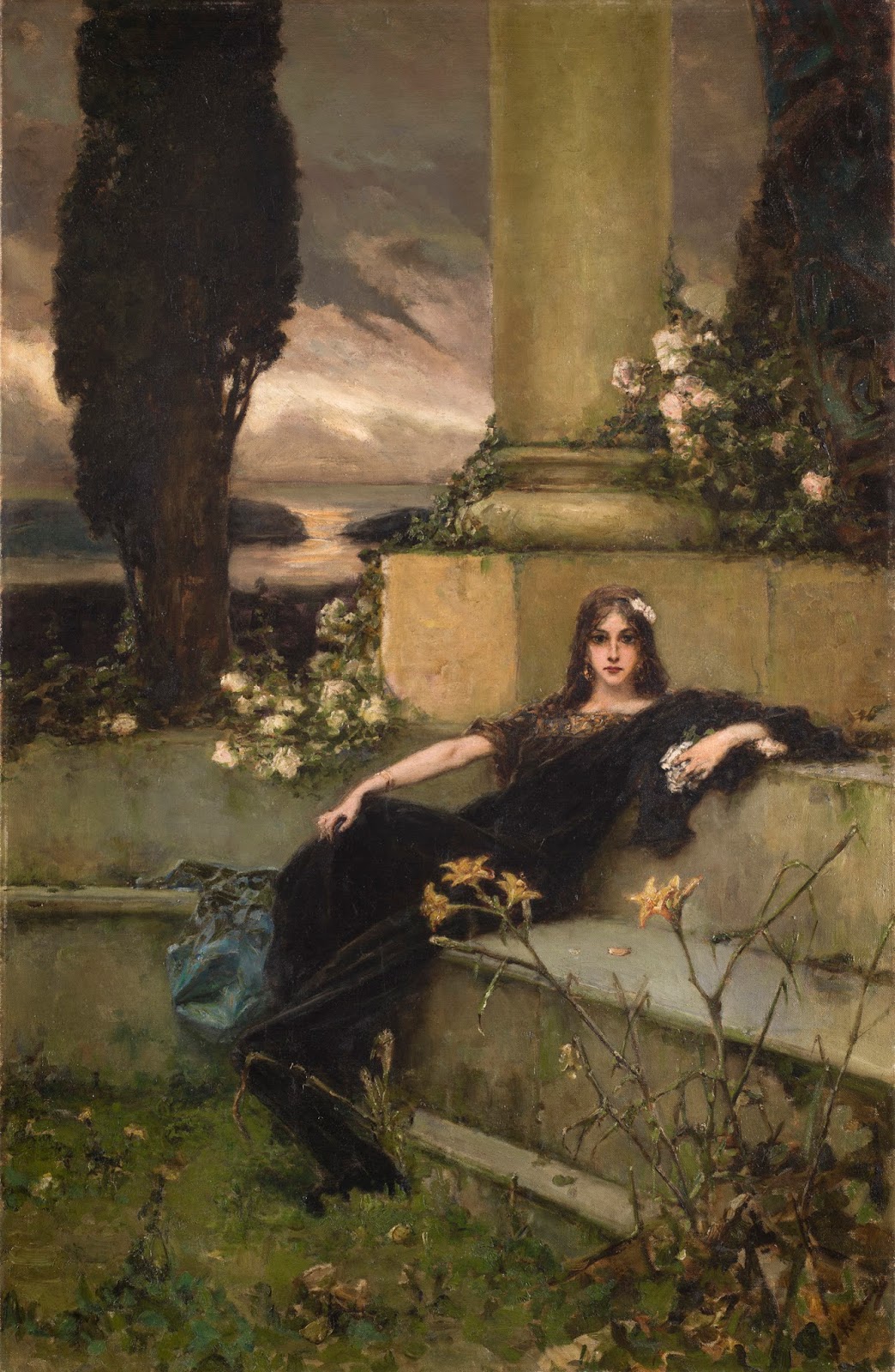 Evening Reverie
This is better that the previous painting, but the subject's face is still not quite right (her eyes seem too large). 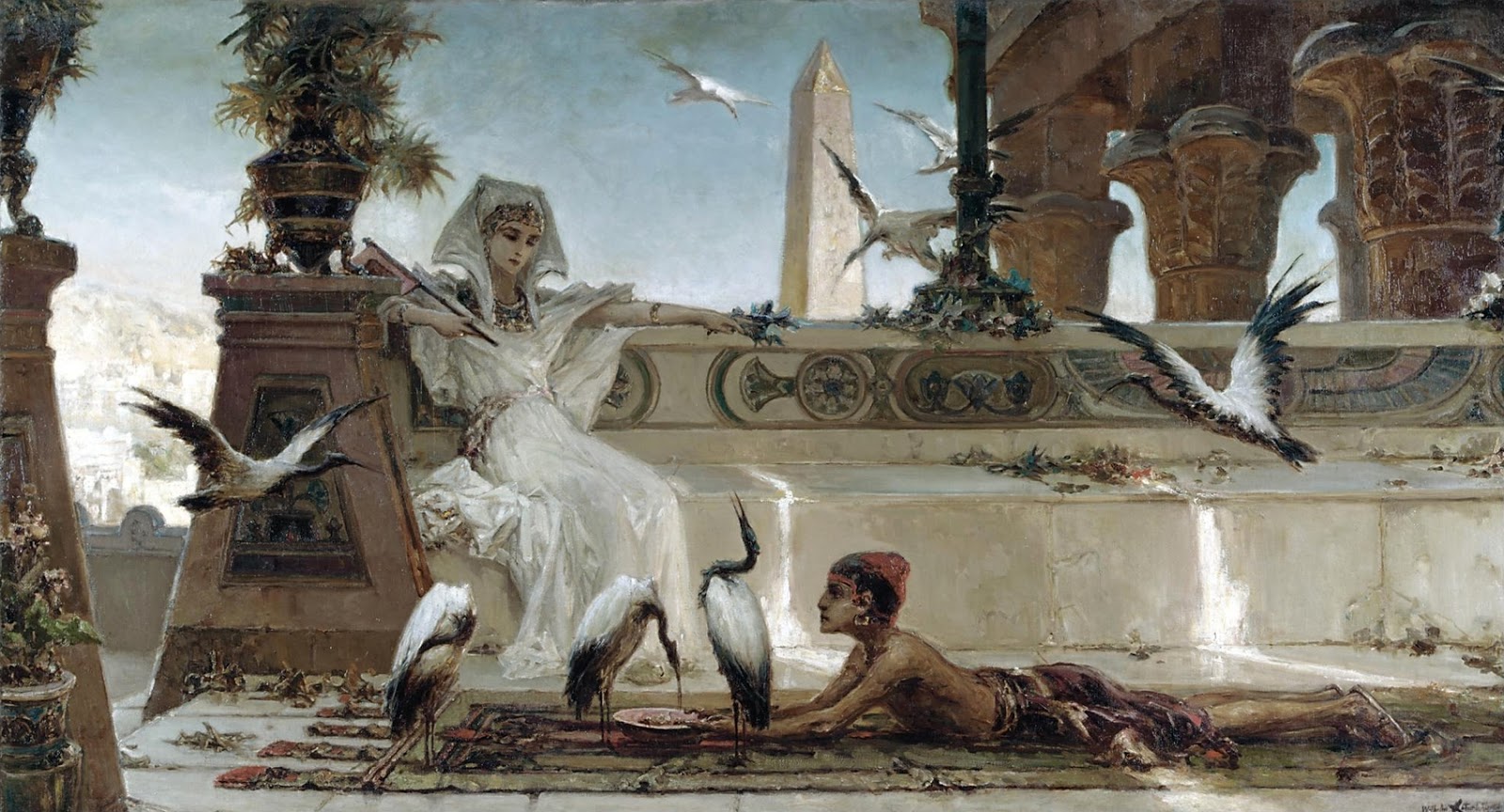 Cleopatra
If you click to enlarge this image you will find that it is quite sketchy, so I'll assume it was a study. 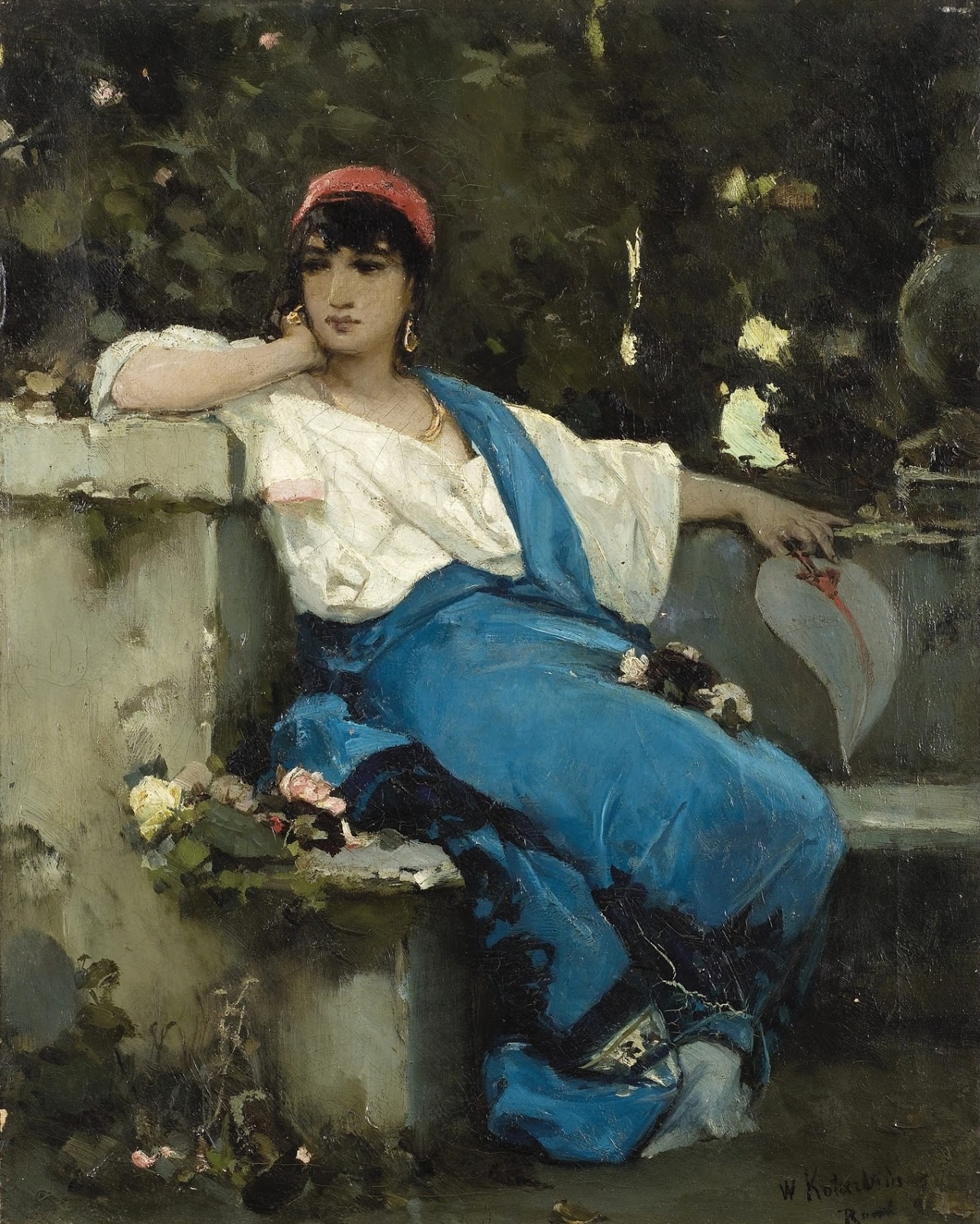 Reverie
Painted in Rome. Given the lack of facial and other details, this too seems to be a study, though it was signed. 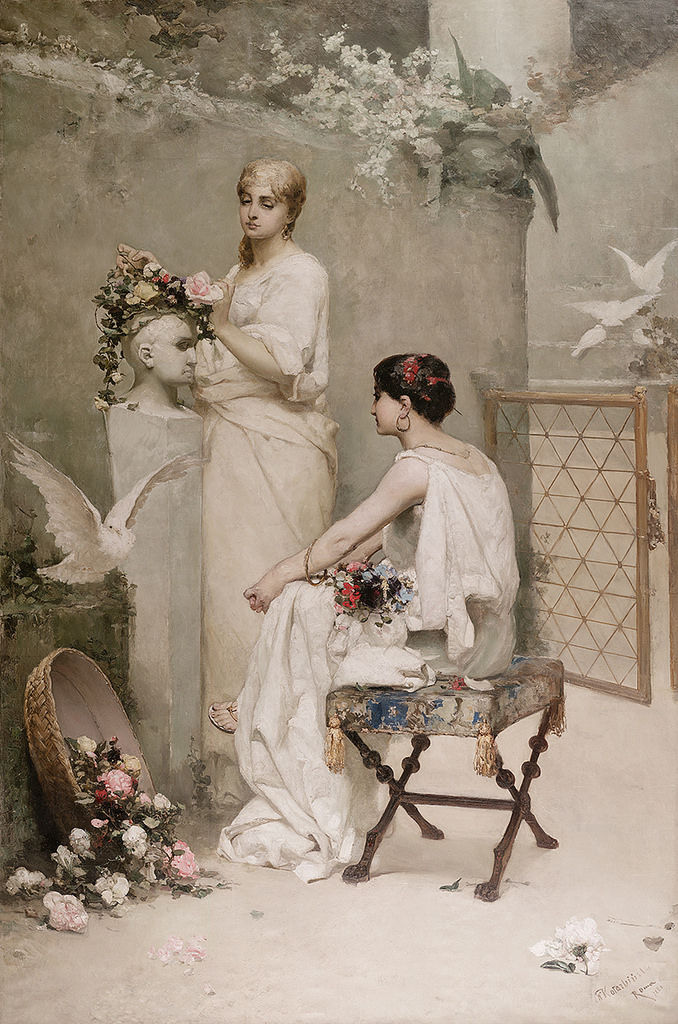 Crowning the Poet - 1881
Another painting from Kotarbiński's time in Rome. This painting is carefully done. 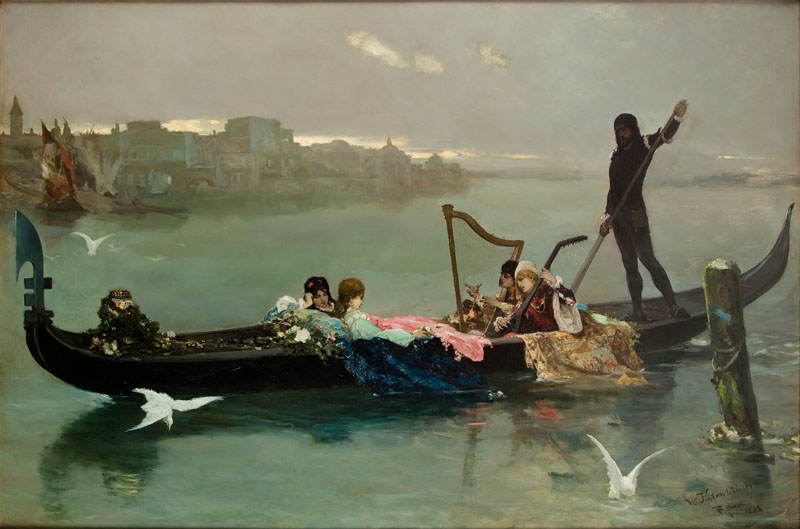 Venetian Serenade
Painted around the same time as the previous painting, but using a smoother style.

Favorite of the Seraglio with Her Handmaiden
Another carefully done work. 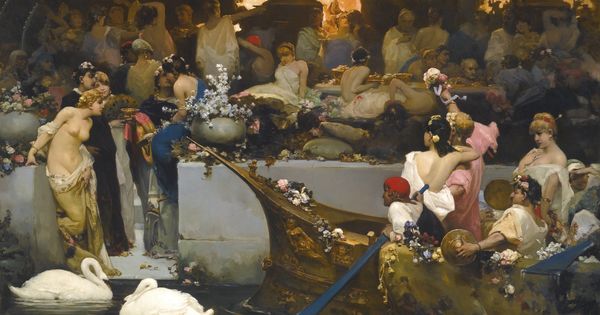