People with only a casual exposure to art history -- perhaps an introductory college class on the subject -- might think that painters used tight brushwork and hard edges up to the time of the French Impressionists. They would be largely correct. Mediaeval, Renaissance and Academic paintings are mostly rather solid-looking affairs.

And yes, they might be aware of a few exceptions such as Frans Hals. But they might not realize that, by the late 1700s, several important painters were not making totally solid paintings. That was because subjects of portraits looked crisp and carefully done (this is what viewers mostly focused on -- faces, etc.). What tends to be ignored are other parts of the same painting that were not painted with the same exactitude.

This post considers Thomas Gainsborough (1727-1788) and his painting Portrait of Anne, Countess of Chesterfield (1777–1778) that resides in the Getty in Los Angeles.

Biographical information on Gainsborough can be found here, and the Getty's web page on the painting is here. 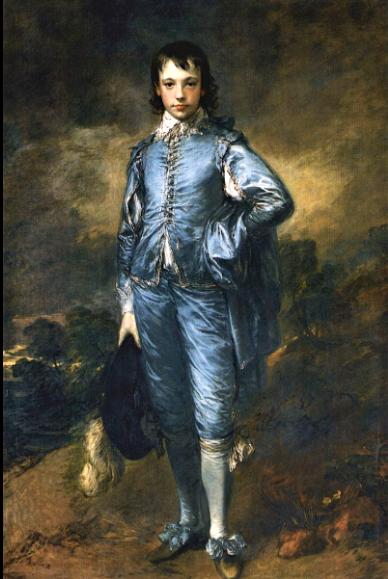 First, another Gainsborough portrait, The Blue Boy (1770), found across town at the Huntington in Pasadena. Note how sketchy the background is. 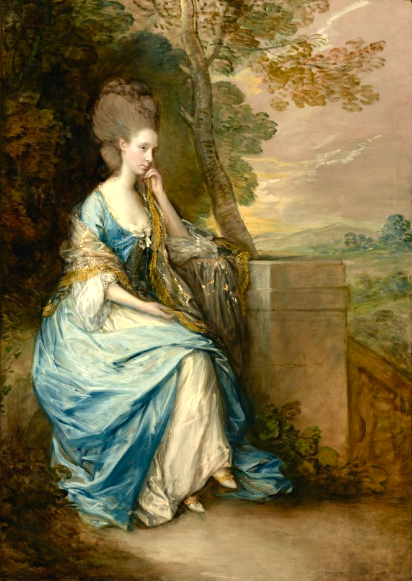 Here is the Getty web site's image of the Countess that I brightened somewhat to set the stage for the following photos I took in April (click on them to enlarge). 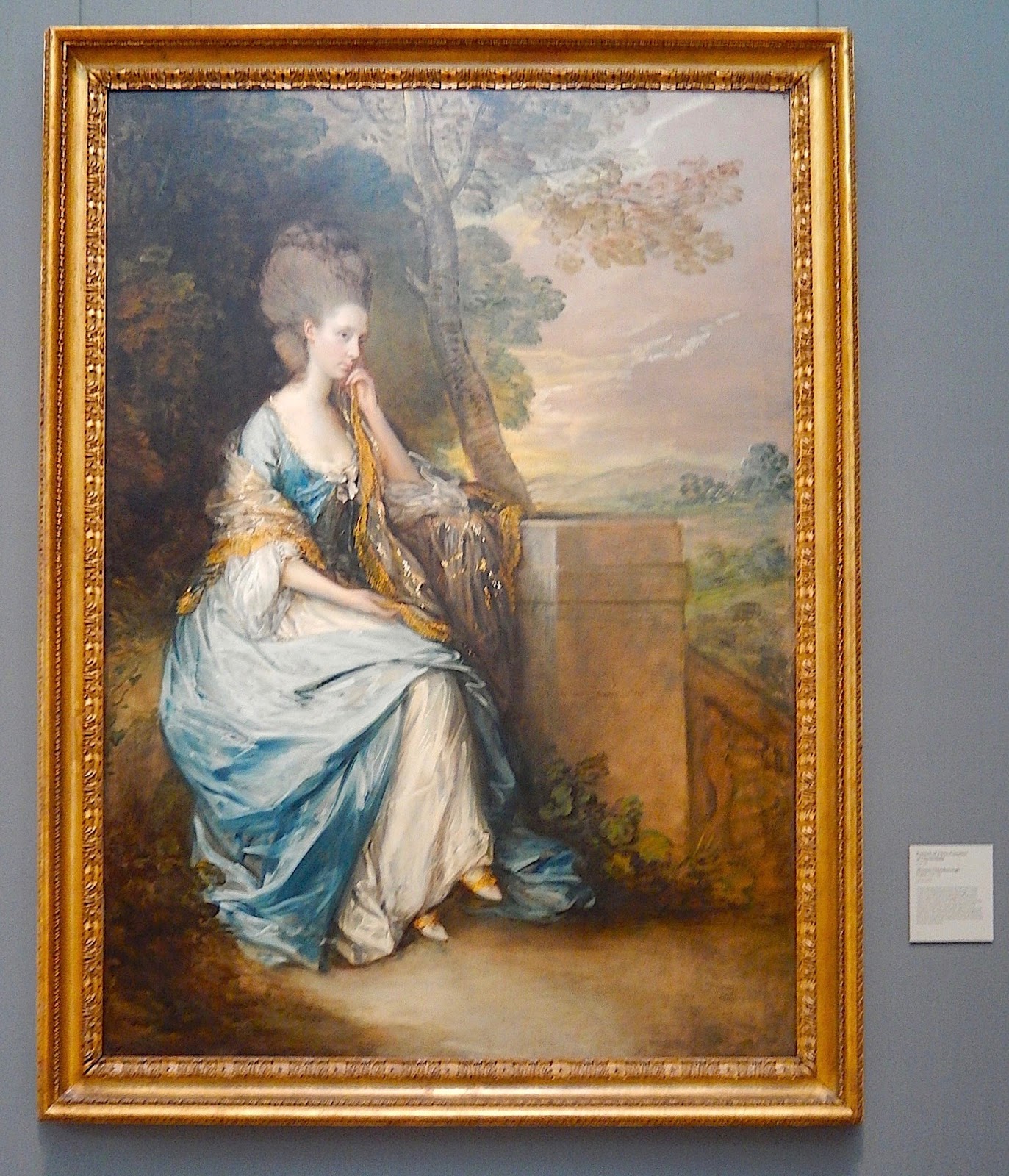 An establishment shot showing the scale of the painting: compare it to the information plaque to the right. Lighting in the galley partly washes out the upper part of the painting, but that's the way it often is when you photograph paintings in such settings. 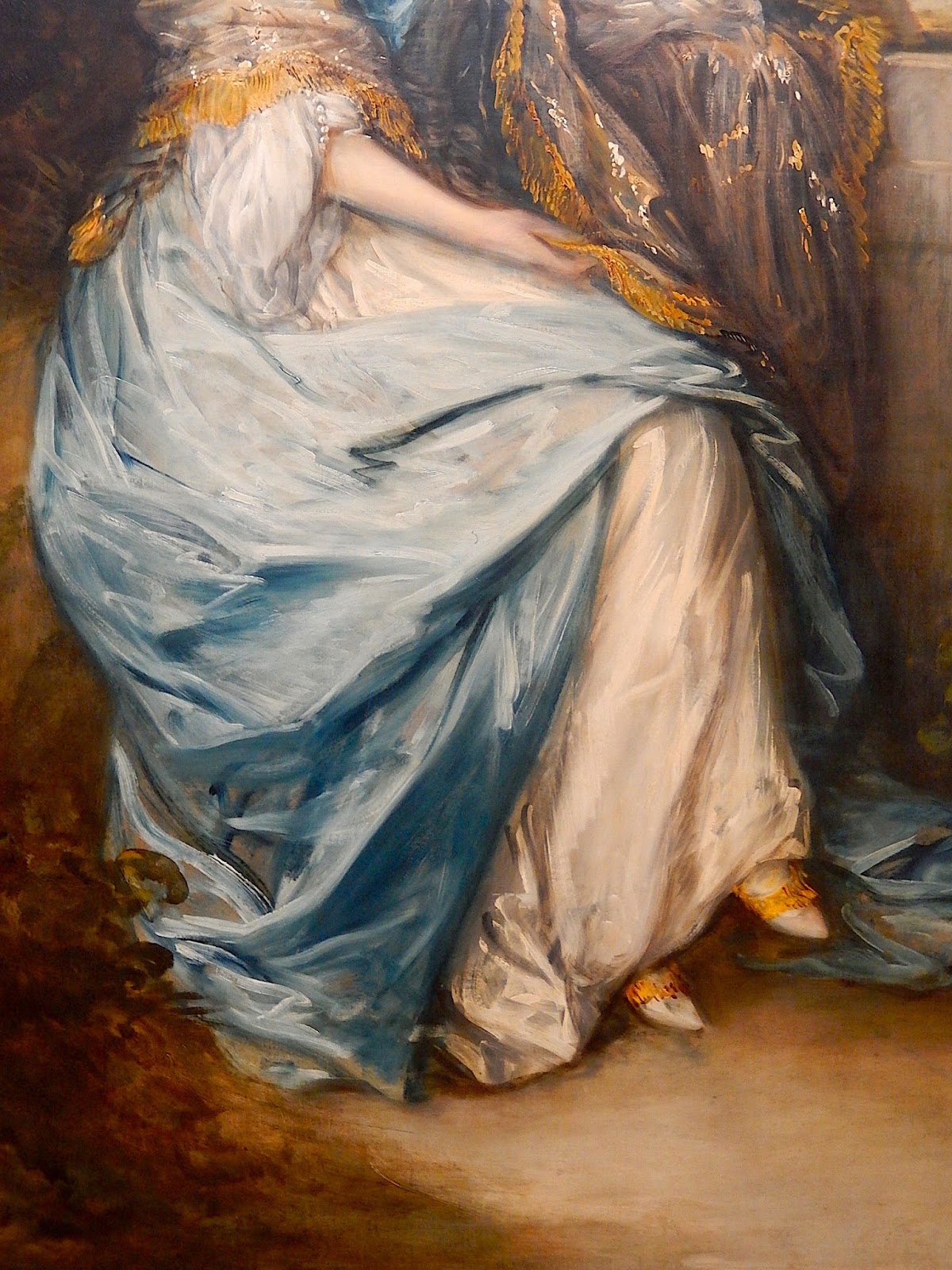 Here is Gainsborough's treatment of Anne's costume. Plenty of visible brushwork here. Note the lack of detail for her hand and how the arm is outlined. Far from Academic painting, but then, Gainsborough never attended an academy school. 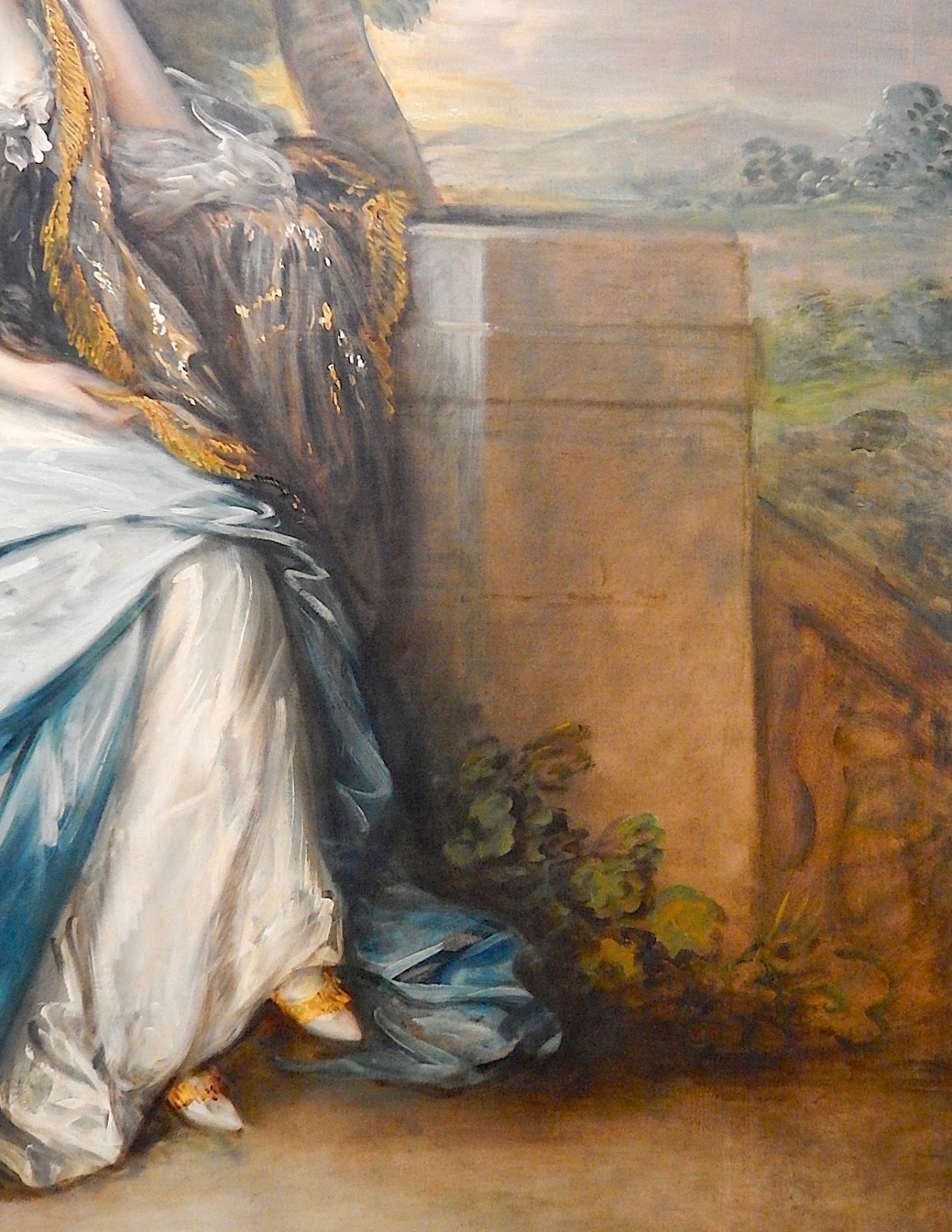 And here is some of Anne's setting.  Gainsborough began his career as a landscape painter, yet even here his treatment isn't detailed. At this late date it's hard to tell if he sketched in the background for aesthetic reasons or because additional care would have taken so much extra time that the effort wouldn't have been commensurate with the fee he charged. There also is the possibility that details such as the treatment of costume and setting was stipulated in his contract or agreement before work was started.

One could possibly describe the background as impressionistic rather than sketchy!
CLICK HERE for Bazza’s aberrant Blog ‘To Discover Ice’