This post is mostly intended for readers who paint or are interested in technique. The subject is a work by Frans Hals (c.1582-1666) -- extensive Wikipedia entry here -- titled "Saint John the Evangelist" (1625-28).

I came across it when visiting the J. Paul Getty Museum in Los Angeles in April. The Getty's Web site deals with the painting here.

It was painted long after St. John's time, so Hals either created an imaginary image or, more likely, got someone to pose and represent the Evangelist. What interest me most about the painting is how Hals treated the hands. Click on that photo to enlarge. 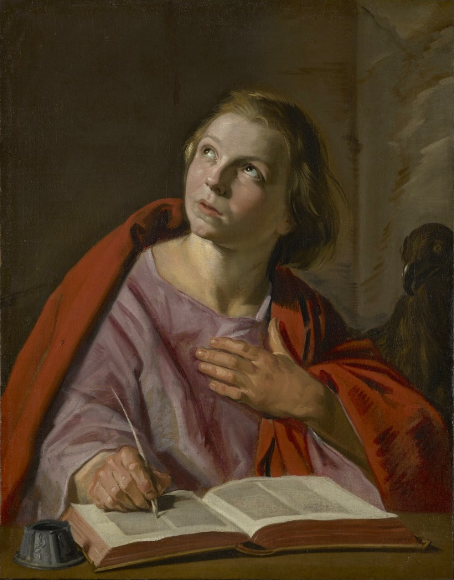 An image of the painting via the Getty Web site. I brightened it slightly. 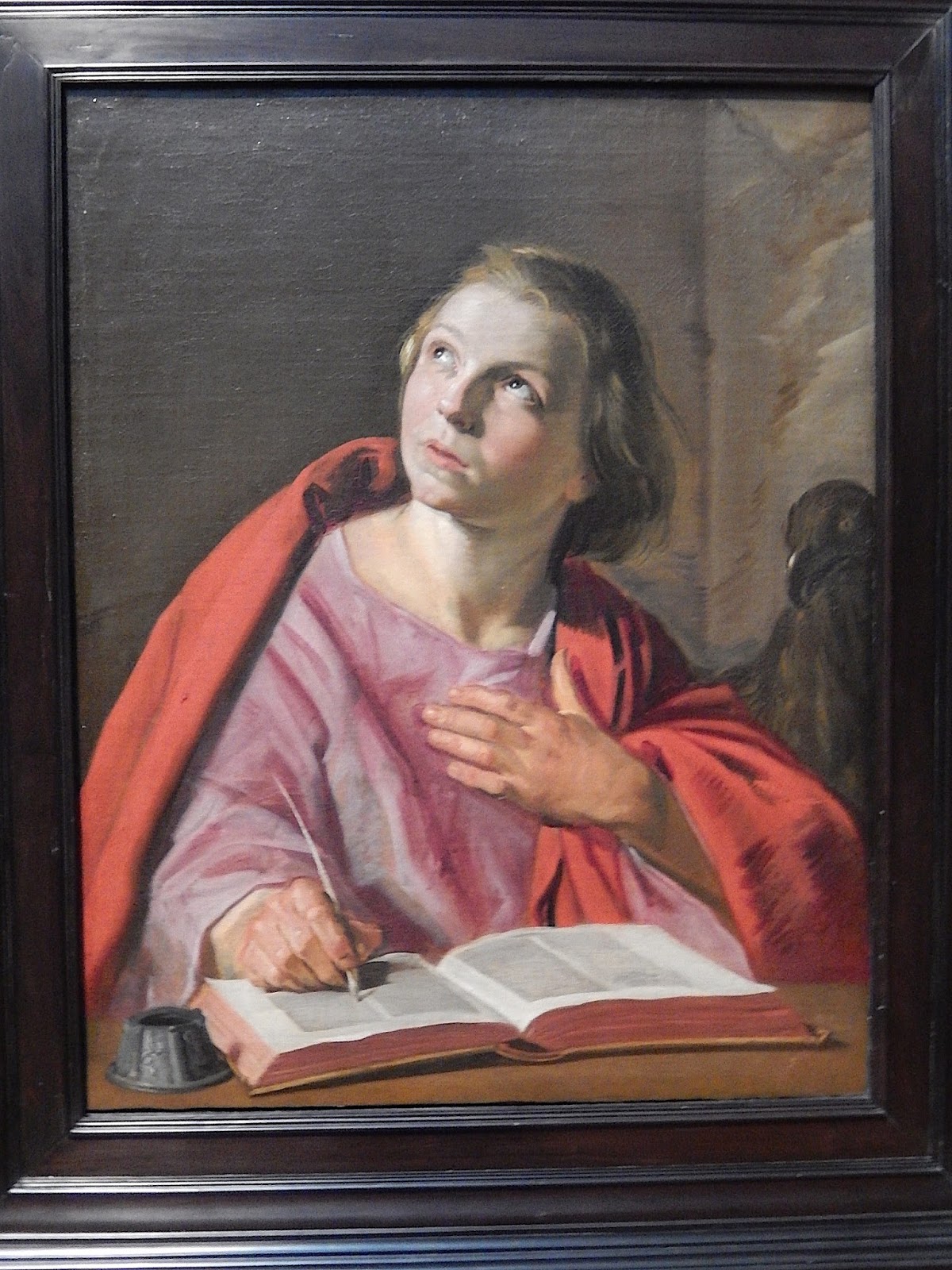 Establishment view from my camera of the painting as displayed. 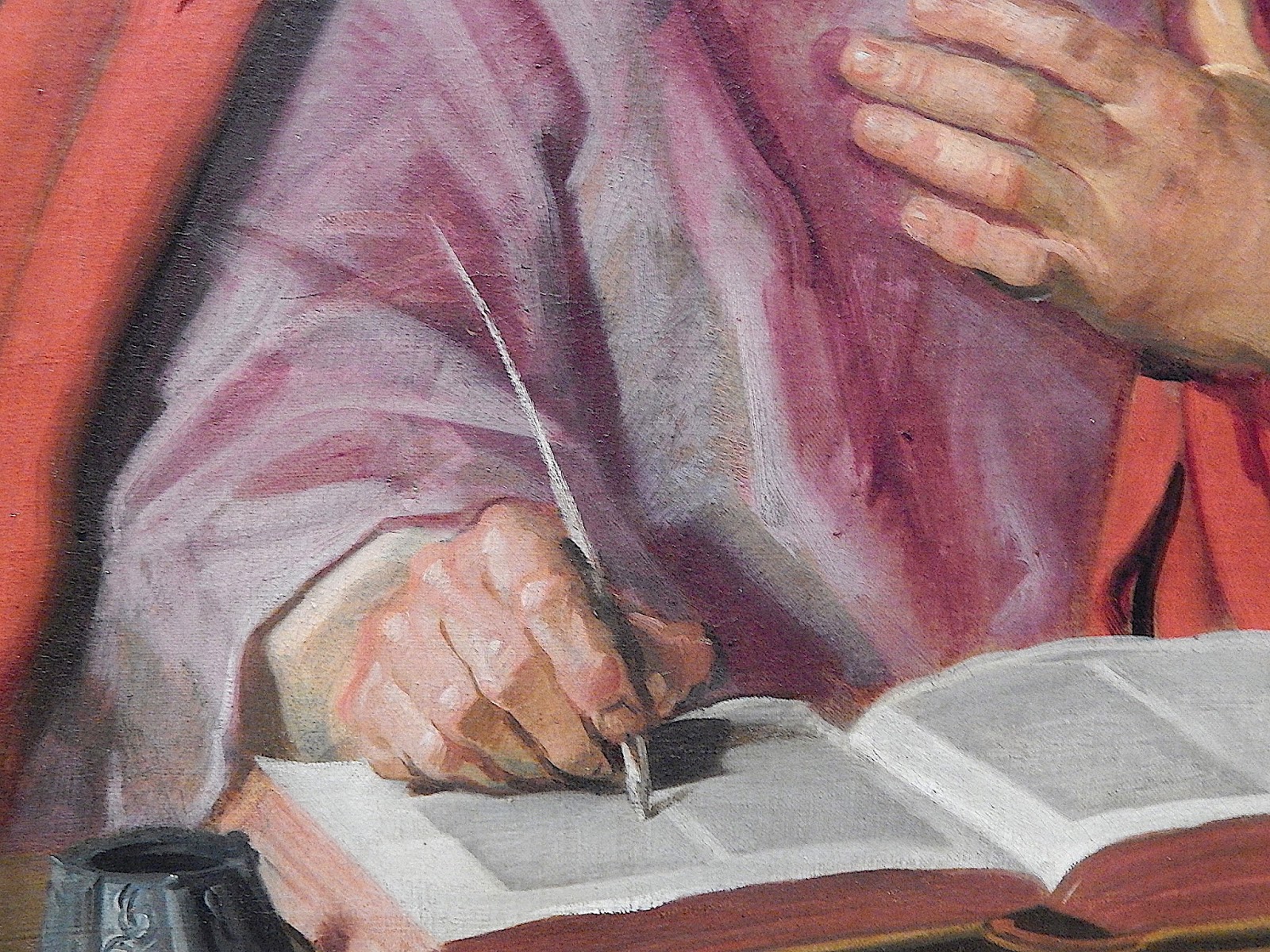 Closeup view of the part of the painting that interested me the most, the treatment of the hand holding the pen.